How Did Ruth’s Father Cade Langmore Die in Ozark? Did Wendy Kill Him? 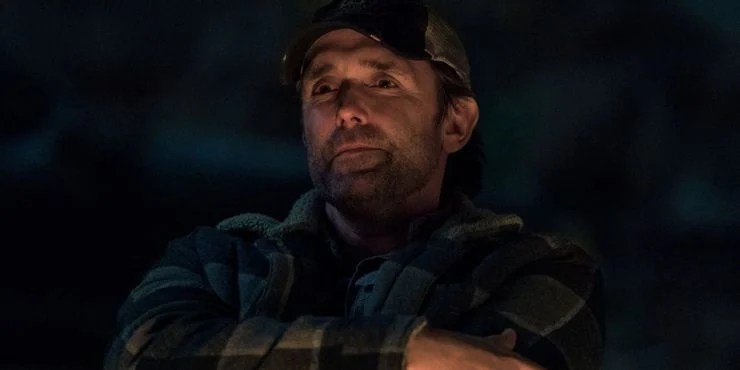 The Langmores form an intriguing branch of the world of ‘Ozark,’ bringing to it a gritty, local angle that keeps things nice and unpredictable. Ruth’s father, Cade Langmore, is the epitome of the notoriously lawbreaking Langmores and gets to “work” soon after being released from prison.

However, Cade also has that other incessant Langmore quality, the one about dying a violent death, and so it goes. There are not too many that will mourn the loss, but Cade Langmore’s death (or murder) sows some pretty poisonous seeds in the story. Let’s take a closer look at how things end for Ruth’s father and whether Wendy Byrde has anything to do with it. SPOILERS AHEAD.

Cade Langmore has his eye on Marty Byrde’s money from before he even gets out of prison in season 2. Once free, he quickly sets about committing minor thefts, all with Ruth’s reluctant help. However, stealing boat parts soon gets boring for Cade, and he realizes that going after the Byrdes’ money is his surest way to get a big payday. Once again, his daughter Ruth becomes an unwilling accomplice to her father’s rash schemes, which repeatedly fail. From trying to hold up the strip club to raiding the Byrdes’ funeral home in search of Marty’s cash stash, Cade tries it all but remains frustratingly unsuccessful.

Cade finally gives up all pretenses and goes after Charlotte, who eventually escapes but is shaken. In the meantime, Cade also (sloppily) murders the FBI agent Roy Petty and is quickly running out of options. So when Wendy approaches him and offers to pay half a million dollars if he leaves town instantly, Ruth’s father readily agrees. With a tank full of gas and a bag full of money, Cade Langmore sets off down the open road but doesn’t get far. He is ambushed soon after by Nelson, the cartel hitman, who guns Cade down, retrieves the bag of cash, and leaves the Langmore to die on the street.

Ever since he is released from prison, Cade continues to dig himself deeper and deeper into trouble. Things don’t get much worse than killing a federal agent, but what gets Cade killed in the end is his constant targetting of the Byrde family. In what are the first signs of a truly dark chapter in Wendy Byrde’s story arc, Marty’s wife decides to end Cade’s life. She enlists Navarro’s lawyer Helen Pierce’s help and reveals Cade’s location after giving him the money.

When Cade is shot, the cartel money handed to him by Wendy is taken back to the cartel by Nelson, and Ruth’s father becomes a quickly-sidelined murder case. By having Cade killed, Wendy also starts down an irreversible path that gets increasingly sinister, as fans of the show will know. The murder of Ruth’s father becomes one of the many reasons Ruth stops working for the Byrdes and has an especially intense hatred for Marty’s wife. As for Wendy, having people killed using the cartel hitman is a strategy she employs again, with a substantially more tragic outcome. When she abandons Ben at a diner in the season 3 finale, she similarly informs Nelson about her brother’s location and drives away as the murder is committed.