Why Are Some Immune in All of Us Are Dead? 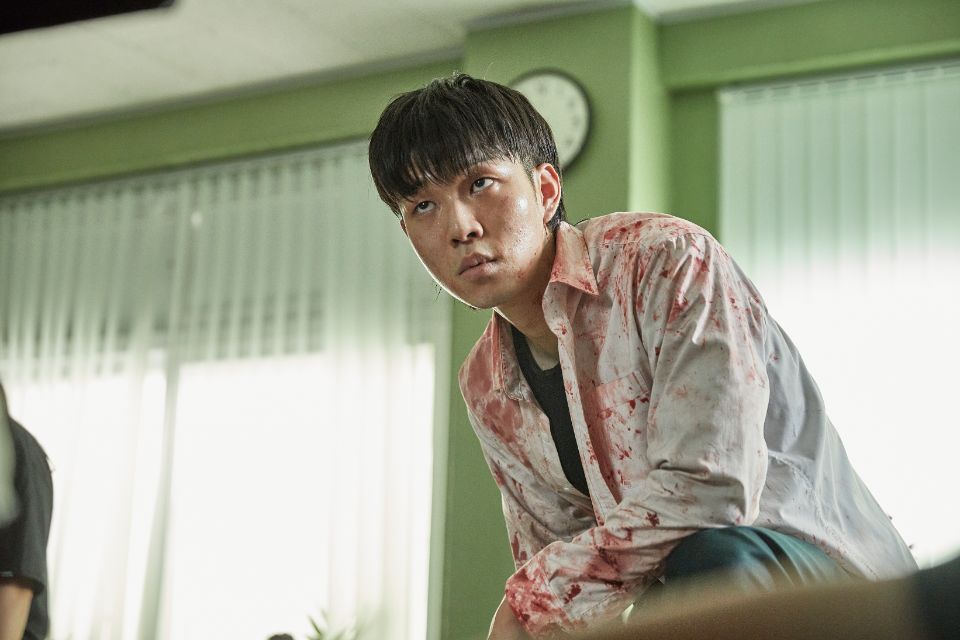 The strength of a science fiction or fantasy project is often dictated by the depth of its mythology. The creators of the South Korean zombie teen drama series ‘All of Us Are Dead’ seem to be well aware of this and have created a complex world for their zombie apocalypse to reside. The characters realize what is happening around them and even make pop culture references. The zombies in ‘All of Us Are Dead’ are not monolithic. There is one group that exhibits all the qualities that pop culture associates with zombies. They are mindless monsters who feed on people. A second group, comprising only a few, is fascinatingly different from the rest. They seem to be immune to the infection. Here is everything you need to know about it. SPOILERS AHEAD.

Why Are Some Immune to the Jonas Virus?

Lee Byeong-chan creates the Jonas virus to empower his son Lee Jin-su with special abilities so that he can fight off his bullies but ends up turning him into a zombie. Jin-su then bites his mother, who also turns. Byeong-chan ultimately realizes that the only cure for the virus is eradicating the host. Meanwhile, Kim Hyeon-ju, one of Jin-su’s bullies at school, gets bitten by a hamster infected with the disease. When Byeong-chan finds her in the school lab, he binds and gags her. However, she ultimately gets out, and the virus starts to spread.

In episode 5, after getting bitten by several zombies, Yoon Gwi-nam (In-soo Yoo) begins to transform into something that is neither a zombie nor a human. Later, Min Eun-ji and Choi Nam-ra (Yi-Hyun Cho) also start to turn into similar entities. They are not necessarily immune to the virus, and regardless of what the military scientists speculate, they aren’t asymptomatic either, even though it might appear to be so to an untrained eye. Yang Dae-su and others in the main group of survivors refer to them as halfbies.

In his video journal, Byeong-chan describes them as the result of the Jonas virus interacting with antibodies. The virus evolves because of this interaction, and as a result, the antibodies lose their target. In most cases, the virus kills the person and takes over the body. With halfbies, it emulates human consciousness. So, for all intents and purposes, halfbies are a new species of human beings,

As revealed towards the end of season 1, all halfbies we previously saw were in the process of transformation. They get hungry for human flesh, but unlike with ordinary zombies, this hunger is not insatiable. This is why Gwi-nam tells Jung Min-jae that he is full after eating Lee Na-yeon. Moreover, ordinary zombies track their prey by sound. The halfbies seem to be particularly vulnerable to high-pitch sounds (24kHz). As demonstrated with Nam-ra, the consumption of human flesh seems to trigger the next stage of transformation. Just as ordinary zombies, the halfbies can create other halfbies by biting them. Nam-ra’s transformation begins after Gwi-nam bites her.

The Nam-ra that appears in the final sequence of season 1 has completed her transformation. She looks not that different from how she used to before the outbreak. We learn that a few others like her have also survived the bombings. By the end of the first season of ‘All of Us Are Dead,’ the halfbies have indeed become a separate species of human beings.

Read More: Does the Baby Die in All of Us Are Dead?