Why Did Beck Bennett Leave SNL?

‘Saturday Night Live’ (or simply ‘SNL’) is one of the most entertaining series ever to grace television. The show’s long-enduring success has to be dedicated to its impressive team of writers and performers who come up with hilarious sketches and humorous bits that have become an indispensable part of pop culture. ‘SNL’ has served as a launchpad to the careers of some of the best comedic talents in the USA, such as Tina Fey, Jason Sudeikis, and Adam Sandler, just to name a few.

Hence, fans of the series are no strangers to welcoming new talent while bidding farewell to some old players. With the 47th season kicking off, it is time for the viewers to say goodbye to long-time cast member Beck Bennett, who recently announced his exit. If you are curious to find out the details about his departure from ‘SNL,’ here’s everything you need to know!

Why Did Beck Bennett Leave SNL?

In 2013, Beck Bennett joined the cast of ‘SNL’ as a featured player during the 39th season. That particular edition was marked by the absence of many popular cast members such as Bill Hader (‘Barry‘), Jason Sudeikis (‘Ted Lasso‘), and Tim Robinson (‘I Think You Should Leave with Tim Robinson’). Bennett helped fill the void left behind by these performers and established himself as a fan favorite earning a repertory status starting from season 41. 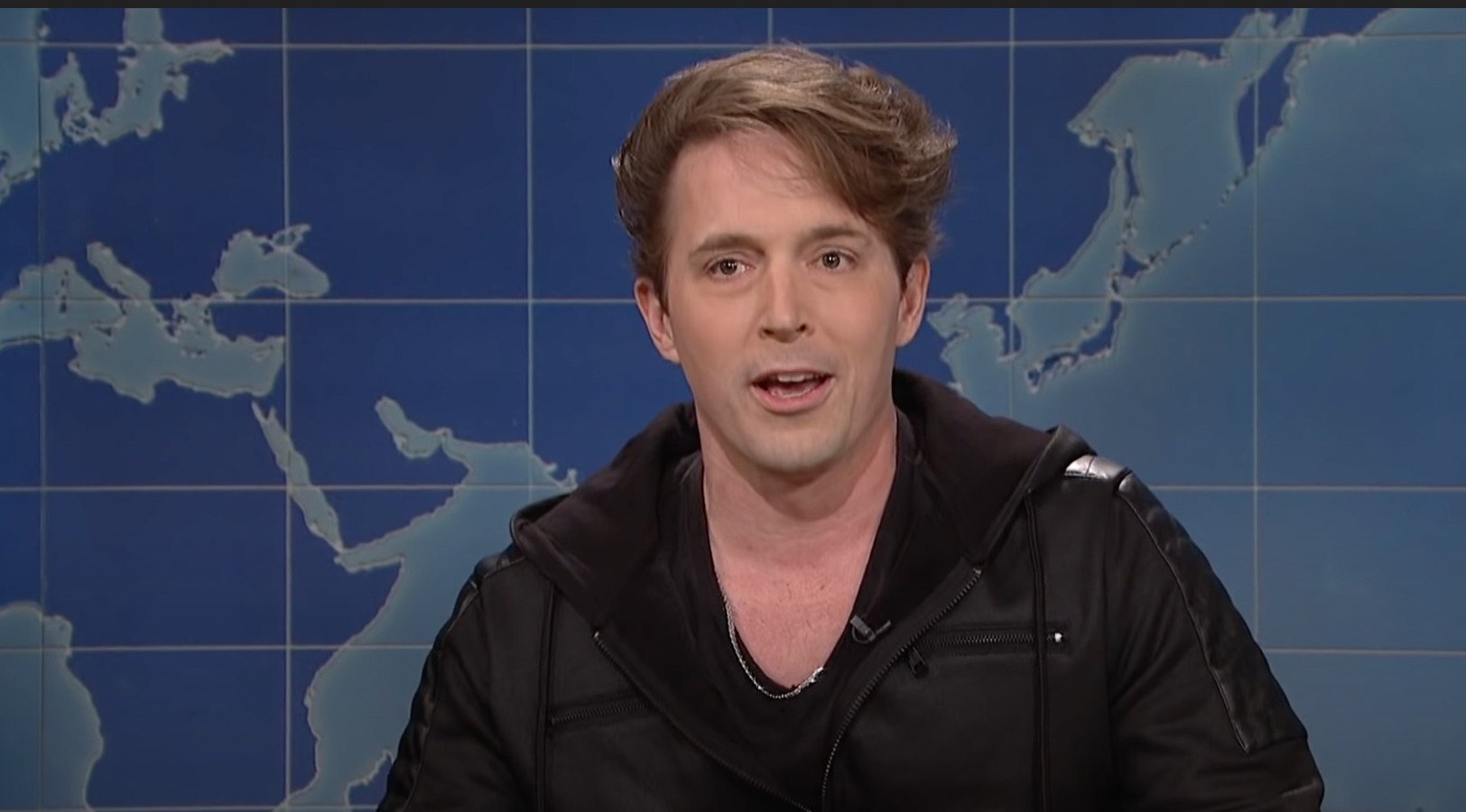 Over the years, Bennett’s characters such as Casey, Richard Patterson/Baby Boss, and Jack Trask have earned him critical praise. In the meantime, the actor also continued to make appearances in film and television shows, including voice acting gigs on ‘DuckTales’ and ‘M.O.D.O.K.’ After spending eight years with ‘SNL,’ the actor and comedian announced his exit in September 2021. The twentieth episode of season 46 marks Bennett’s final appearance on the show.

In a September 2021 interview with Time, Bennett opened up about his decision to exit the series. He said, “It really felt like the universe was telling me, ‘This is in fact time for you to leave. You’re not gonna do better than this,’” he said. The Chicago-born actor and comedian further revealed that part of the reason behind his decision was his desire to remain close to his family while continuing to work on new projects. This is understandable as he resides in Los Angeles while ‘SNL’ is filmed in New York.

Where Is Beck Bennett Now?

As previously mentioned, Bennett lives in Los Angeles with his wife, Jessy Hodges. The couple has been married for three years, and Bennett expressed that they wished to start a family of their own very soon. Most recently, Bennett made an appearance on ‘Pause with Sam Jay’ as the Working Class Man in the sixth episode of the show’s first season. Although he has not officially announced what is in store for him professionally, he is likely to be quietly working on some projects.

Bennett is also not very active on social media and only makes posts sporadically. Therefore, whenever the actor is ready to share details of his upcoming work, we will possibly hear of them on his social media accounts. Given the success some of the former cast members of ‘SNL’ have achieved after moving on from the show, we have no doubt that Bennett will carve out a similar path for himself.