Why Did Dwight Go to Jail in Tulsa King? Why Was He Sent to Tulsa? 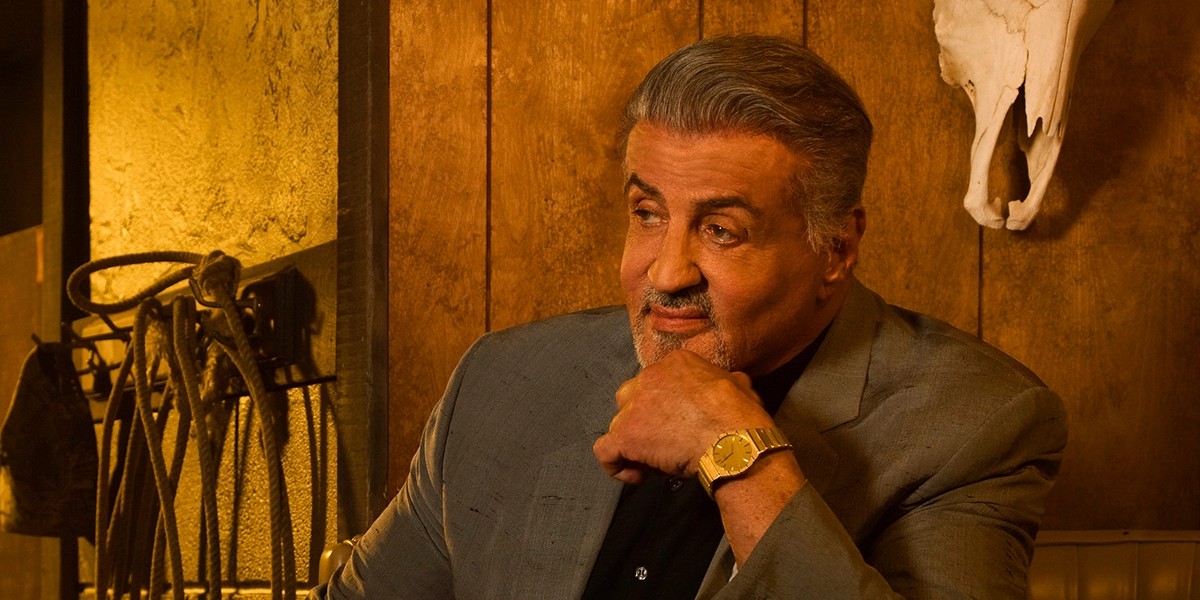 Paramount+ ‘Tulsa King’ is a crime drama series from co-creator Taylor Sheridan. The series revolves around Dwight “The General” Manfredi (Sylvester Stallone), a New York Mafia capo who is recently released from prison. However, after a more than lukewarm welcome, his boss sends Dwight on a new assignment. As the narrative progresses, viewers get answers about Dwight’s past and the reason for his imprisonment.

Moreover, shortly after earning his freedom, Dwight is forced to move from New York to Tulsa, Oklahoma, on a new assignment. Therefore, viewers must be curious to learn about the reasons for Dwight’s incarceration and banishment to Tulsa. In that case, here is everything you need to know about Dwight’s past and present in ‘Tulsa King.’ SPOILER AHEAD!

Why Did Dwight Go to Jail?

Dwight “The General” Manfredi is the protagonist of ‘Tulsa King.’ He is a high-ranking mafia capo in the Invernizzi crime family, or at least he was during the 90s until he was imprisoned. The series premiere episode, titled ‘Go West, Old Man,’ opens with Dwight in prison serving the punishment for his crimes. He has been locked up in USP Canaan in Pennsylvania for nearly twenty-five years. Dwight explains that he took the fall for his boss Pete “The Rock” Invernizzi. Pete, the leader of the Invernizzi crime family, was accused of two murders.

The police had overwhelming evidence against Pete, and it was likely impossible for him to avoid jail time. As a result, Dwight took the blame for Pete’s crimes. He keeps his silence for twenty-five years and patiently waits to be free from prison. However, Dwight’s wife divorces him during this time, and he becomes estranged from his young daughter, Tina. On the other hand, Pete continues to run the Invernizzi crime family until his son, Don Charles “Chickie” Invernizzi, grows up and takes over the responsibility. Ultimately, Dwight sacrifices his future and accepts imprisonment by taking the blame for his boss’ crimes and saving Pete’s future.

Why Was Dwight Sent to Tulsa?

In the series’ opening minutes, Dwight is released from prison after serving his twenty-five-year sentence. He expects a warm welcome from Pete and the Invernizzi crime family. However, he is surprised to learn that Pete has grown old and weak. In his place, Don Charles “Chickie” Invernizzi has become the head of the crime family. Don explains to Dwight that the mob’s business in New York City is at an all-time low. They struggle to move the drugs to the streets, and the federal agents oversee them. Therefore, he asks Dwight to head to Tulsa, Oklahoma, and build a new criminal enterprise in the Invernizzi crime family’s name.

Dwight sees this as banishment and feels insulted by this new assignment. According to his deal with Pete, Dwight was likely promised a lot of money once he returned from prison. However, the mob is supposedly in no position to repay the debt they owe to Dwight. Pete explains that Tulsa is a small town away from the FBI’s radar and has no rival gangs or established drug cartels. Therefore, the town is perfect for the Invernizzi crime family to build their influence in Tulsa and make it their new stomping yard. Ultimately, Dwight reluctantly agrees to head West and arrives in Tulsa. Thus, Dwight starts building a criminal empire in the town, and Bohdi and Tyson are among his first recruits.