Will Elliott and Rue End Up Together in Euphoria? 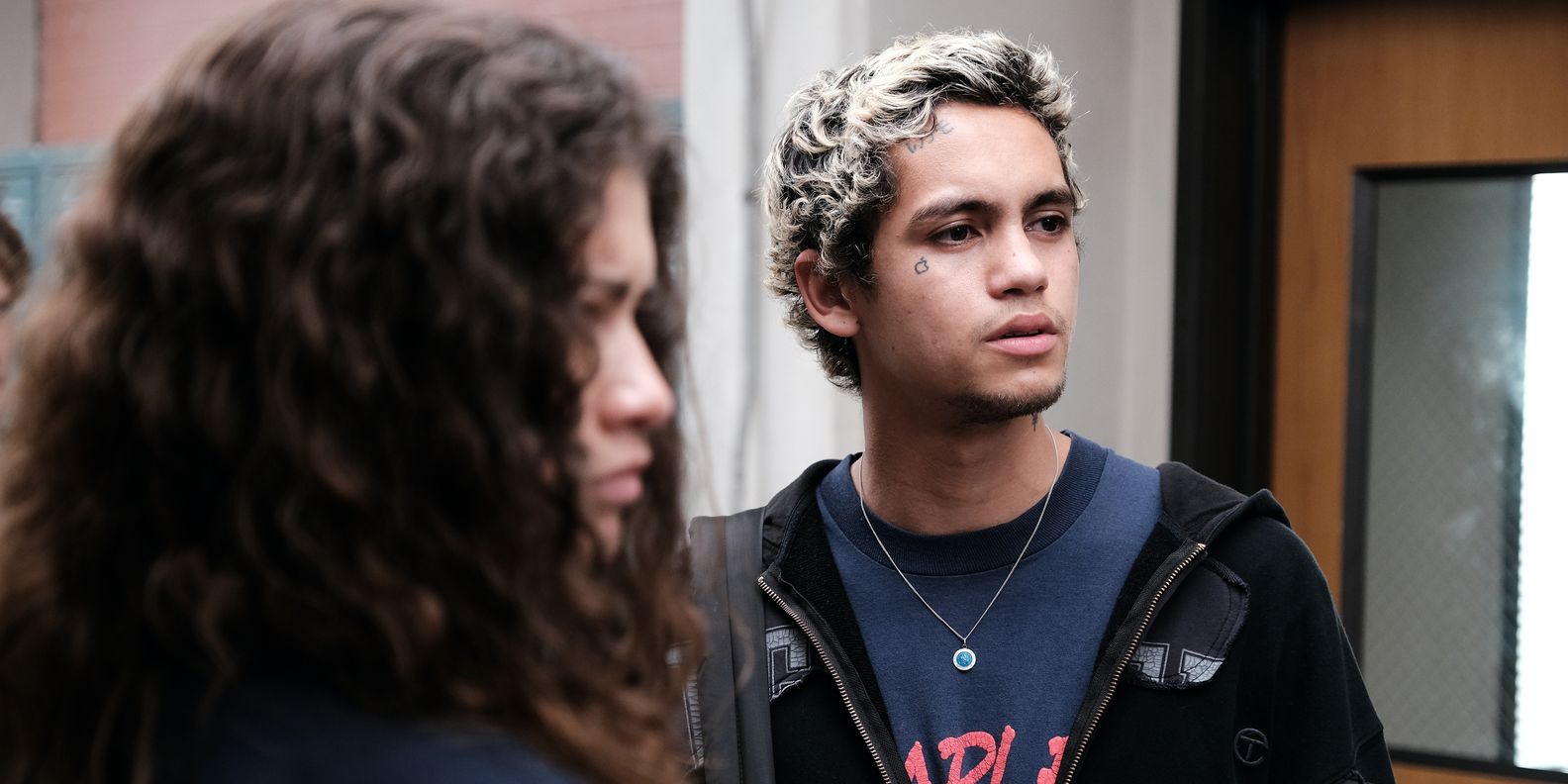 ‘Euphoria‘ season 2 continues the story of Rue as she tries to overcome her anxieties about life and searches for some stability. Rue is falling back into her drug abuse habit, and this time she has a partner in crime. The second season brings Elliott into the picture, and he quickly becomes friends with Rue. However, as the narrative moves forward, the possibility of the two becoming more than friends begins to surface. If you are wondering how Rue and Elliott feel about each other and whether they have a romantic future together, here’s everything we know! SPOILERS AHEAD!

What Happens Between Elliott and Rue?

Elliott and Rue meet for the first time in the second season premiere of ‘Euphoria.’ In the episode, Rue is hiding from Jules at the New year’s party and begins to have anxiety. She sees Elliott doing drugs in the storeroom and joins him. The two hit it off and spend their time talking and doing drugs. However, Rue’s heartbeat becomes very slow due to her drug intake. Elliott administers her an Adderall shot and gets Rue’s heartbeat to a normal rate. Soon after, Rue and Jules reconcile and continue their relationship.

In the second episode, Rue is initially hesitant to reveal her friendship with Elliott to Jules. Rue fears that Elliott might tell Jules about her continued downward spiral into drug addiction. However, she quickly realizes that Elliott is trustworthy, and the two have a lot in common. In the following episode, Rue, Elliott, and Jules begin hanging out together. Jules suspects that Elliott has a crush on Rue and tries to coerce the truth out of him. However, Elliott is very smart with his responses and uses sarcasm to dodge the uncomfortable questions.

Will Elliott and Rue End Up Together?

In the third episode of season 2, Jules and Elliott hang out together while Rue is trying to kick-start her business. At this point, Rue asks Elliott if he has a crush on Rue, and Elliott answers affirmatively. However, given his poker face and sarcastic replies earlier in the episode, it is hard to take his answer as a sincere response. Moreover, Rue seems to be romantically interested only in Jules, and their relationship is going strong. On the other hand, Rue sees Elliott as a confidant and close friend she can trust with her secrets. Therefore, bringing romantic feelings into the dynamic will surely upset their equation.

Nonetheless, Rue considers Elliott her new favorite person and has also blown off Jules to spend time with him. Considering how Rue and Jules’ romance stemmed from a similar friendship, it isn’t entirely implausible that Elliott and Rue will develop romantic feelings for each other. However, Rue has admitted that she and Elliott do not bring out the best in each other, which is undoubtedly a cause for concern. Rue’s addiction problems could create a conflict between her and Jules. If things escalate, Rue and Jules might break up, paving the way for Rue to find comfort with Elliott. However, given Rue’s sexual orientation, it is unlikely that she will end up with Elliott in the long run.

Read More: Do Nate and Maddy Get Back Together in Euphoria?