Will Ezekiel and Carol Get Back Together in The Walking Dead? Theories 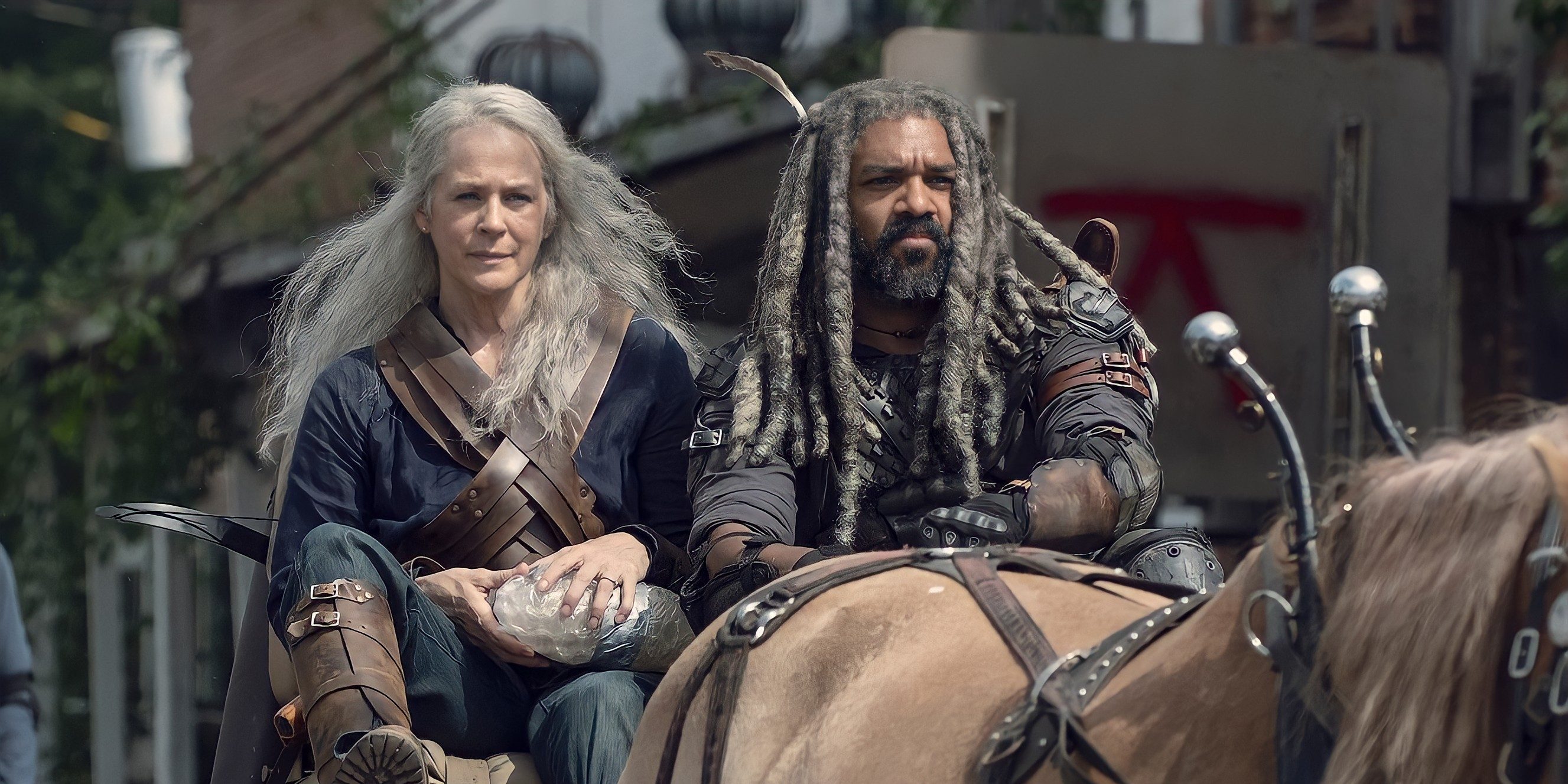 When the Saviors impose their terror on the other survivor communities in AMC’s post-apocalyptic series ‘The Walking Dead,’ Carol teams up with King Ezekiel to fight them. Their companionship in the battle grows into a solid relationship, resulting in their marriage. However, their marriage fails to withstand the death of their adoptive son Henry, leading to their divorce in season 9.

In the eleventh season, Carol and Ezekiel start to spend time together again upon the former’s arrival at the Commonwealth. Carol extends her support to an ailing Ezekiel, making fans wonder about a potential reunion. Well, here’s everything you need to know about the same! SPOILERS AHEAD.

Will Ezekiel and Carol Get Back Together?

Carol and Ezekiel’s relationship blooms during their fight against the Saviors. They settle in the Kingdom, along with their adoptive son Henry. When Alpha, the leader of the Whisperers, kills Henry, their marriage falls apart. The death of Henry becomes more than Carol can handle, leaving her in a terrible state of mind. She starts to feel that her married life with Ezekiel cannot be complete without Henry, leading her to their divorce.

Upon the separation, Carol moves to Alexandria with Daryl, and Ezekiel stays at Hilltop. They encounter each other at the Commonwealth when Alexandrians temporarily move to Pamela’s community. Upon reaching the Commonwealth, Carol finds out that Ezekiel is severely sick due to thyroid cancer. When she comes to know that he is awaiting death due to the number of people ahead of him on the waiting list for surgery, Carol decides to seek Lance Hornsby’s intervention.

She offers her assistance to Lance in return for Ezekiel’s surgery. She also meets her ex-husband once in a while to make sure that he is fine. Carol’s efforts succeed in ensuring Ezekiel’s surgery. As he prepares for the surgery, Carol even stays with him at the hospital. However, Carol and Ezekiel’s companionship doesn’t necessarily mean that they are ready for a romantic reunion.

After the divorce, Carol expresses her disinterest in uniting with Ezekiel again. Still, Carol cares for him irrespective of their romantic status. The sight of Ezekiel struggling with cancer, awaiting death, must be the last thing she wants to see. Thus, Carol tries her best to ensure that Ezekiel will not be defeated by his cancer. Her efforts aren’t motivated by romantic interests but by the genuine affection she has for her ex-husband.

Ezekiel is a chapter Carol finished writing, especially after Henry’s death. There isn’t any way Carol can reunite with Ezekiel without getting haunted by the memories of their late adoptive son. Thus, a relationship between the two is unlikely to happen. Carol and Ezekiel realize and accept that their lives have moved forward in two different ways. Even though they continue to care for one another whenever their paths cross, they may not think about a relationship. When Alexandria gets renovated completely, Carol may leave for her home, leaving Ezekiel behind.

Since AMC had already announced a spin-off series focusing on Daryl and Carol’s journey forward, a reunion with Ezekiel seems extremely unlikely. Their present companionship is without any romantic feelings and depicts how two individuals can care for each other even after the end of the romance they once cherished together. After making sure that Ezekiel is healthy and well, we may see Carol withdrawing from his life to continue her journey on a distinct path.

Read More: Will Eugene and Stephanie End Up Together in The Walking Dead? Theories