Will Joel Kill Himself or Will He Kill Someone Else in Smile? Theories

‘Smile’ is a psychological horror film that revolves around Dr. Rose Cotter, who gets cursed after she witnesses Laura kill herself while smiling at Rose. Joel is one of the officers investigating the case and asks Rose to describe the events. Joel also happens to be Rose’s ex-partner, creating a sense of discomfort between the two. Soon, Rose sees people with creepy smiles and experiences strange things.

Rose starts acting erratically and tries to explain what is happening to her. However, the people around Rose do not understand it and distance themselves from her. With no one else to go, Rose seeks Joel’s help, and the two set out to find the truth. When Rose confronts her past, Joel tries to help her and gets caught up in a mess. Joel’s fate remains a mystery until the end, and the audience wonders what will happen to him. Well, allow us to share our thoughts on the subject. SPOILERS AHEAD!

Who Will Joel Kill?

Rose and Joel discover a pattern that connects various suicide cases and finds out that in 20 cases, there have been 19 suicides. When the mysterious Entity haunts a person, they kill themselves in someone else’s presence. Following this, the Entity haunts the person who witnesses the grotesque incident until they repeat the action in front of another individual. Thus, every time someone fatally harms themselves, the Entity transfers itself to the person who sees it, thus forming a chain. However, since there are 20 cases but only 19 suicides, Joel finds out that a man named Robert Talley survived after watching someone kill themself.

Joel tells Rose that Robert Talley is in prison for murdering his neighbor. Joel pulls a few strings to help Rose, and the latter gets 10 minutes with Robert. When Rose asks how Robert managed to survive, he says that the only way to survive is to kill someone else while a third person is watching. So, Robert killed his neighbor while the man’s wife watched. When Rose steps outside and Joel asks what Robert Talley said, the former doesn’t reveal anything. In the end, Rose inevitably dies by burning herself, and Joel witnesses it. Thus, Joel’s fate hangs in the balance. Will Joel kill himself, or will he kill someone else? Here are our theories.

Theory 1: Joel Will Kill Himself

We do not know much about Joel’s background and the traumas he’s suffered in life. We only know that he was in a relationship with Rose, which ended because Rose was scared of being vulnerable to Joel. But, in the movie, Joel comes off as an understanding and ethical cop who tries to help Rose despite Rose leaving him. In addition, he listens to Rose’s explanation about curses, ghosts, and entities when nobody else does. Joel doesn’t seem to believe in Rose’s theories but follows the pattern to uncover the truth and help his ex-partner. 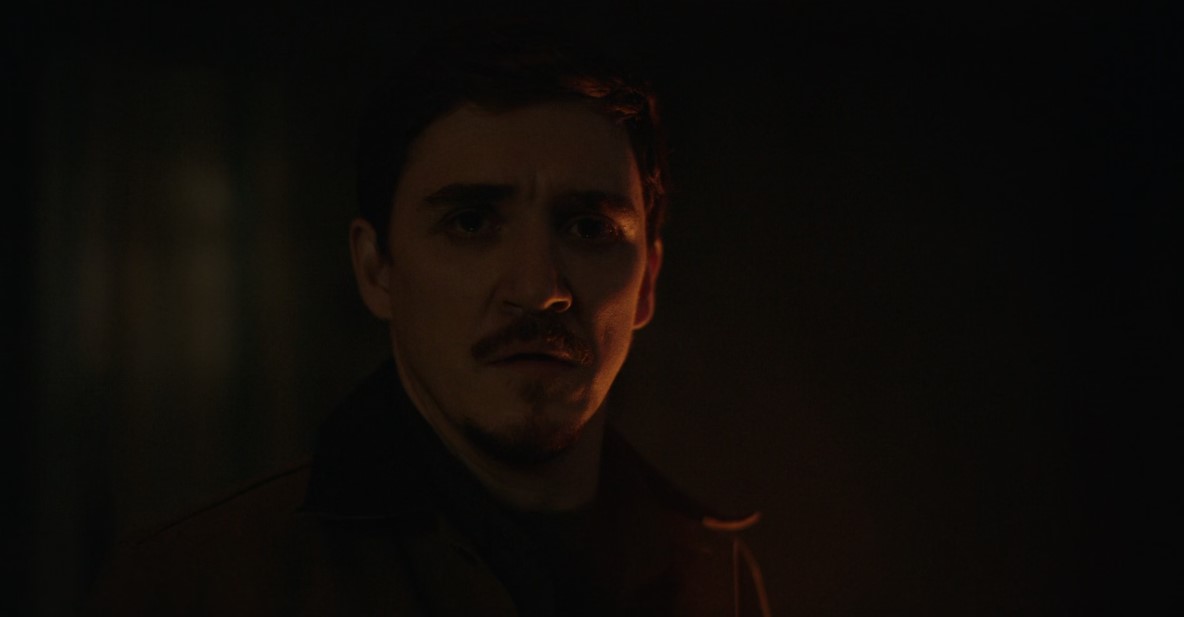 Another crucial detail is that Joel never finds out what Robert Talley tells Rose. When Joel asks Rose about it, she calls Robert crazy and doesn’t reveal the actual conversation. In the end, when he reaches Rose’s childhood home and watches her self-immolate, we see the camera close in on his eyes. We see the same shot when Rose witnesses Laura’s death. Thus we know that the Entity is transferred to Joel, and he will likely be haunted by it.

Like Rose, Joel might soon experience similar occurrences that make him question his reality. If we consider how the movie ends on an ominous note and Joel’s good nature, the probability of Joel meeting the same tragic end becomes higher. Furthermore, Joel is unaware of how Robert Talley broke the pattern, which indicates that Joel will kill himself in a gruesome manner, and the chain will continue.

Theory 2: Joel Will Kill Someone Else

Joel will likely have a similar journey as Rose, but in the end, he will kill someone else. In ‘Smile,’ Rose seems to be a well-put-together person who works long hours at the hospital. However, the trauma, insecurities, and fears surface as the story unravels. Rose becomes erratic, acts manic, and considers killing somebody else. Although Joel seems like a good person who is mentally stable, like Rose, he might be hiding several wounds underneath. 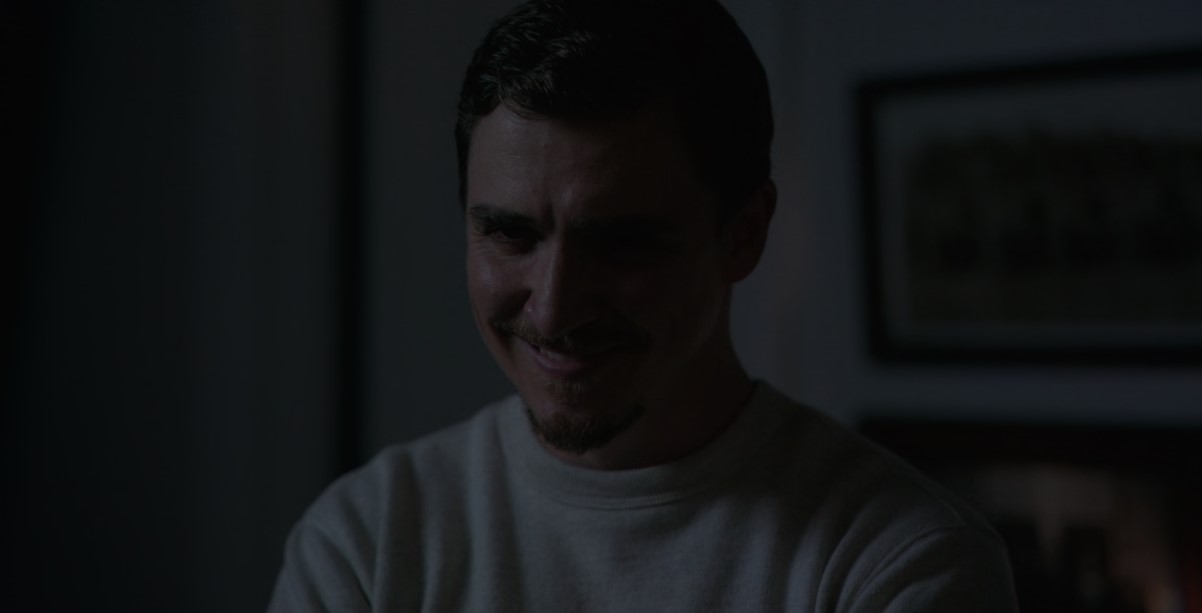 Since ‘Smile’ is Rose’s story, we do not learn about Joel’s background. We only know that Joel and Rose’s relationship ended because of the latter’s deep-rooted issues. When Rose asks for Joel’s help, he doesn’t appreciate his ex barging into his house and demanding favors. Earlier, when Joel drops by the hospital to check on Rose, she behaves rudely with him. Despite Rose’s actions and behavior, Joel helps Rose.

When Joel sees Rose die, some of his deep-seated issues will likely manifest because the Entity will feed on them. Initially, Joel speaks a bit bluntly with Rose, showing how he feels a certain amount of anger because Rose left him. After Rose dies, there’s a great chance that the anger will come out because if he didn’t help Rose, he wouldn’t be haunted by the Entity. Joel’s potential rage will drive him to try and find answers. Since Joel is a police officer who can pull a few strings, he might return to Robert Talley and find out how to break the pattern. But unlike Rose, Joel has a higher possibility of killing someone.

Overall, when we look at Joel’s circumstances, we realize he will likely figure out how to escape the pattern. Furthermore, Joel’s proximity to crimes involving deaths and his desperation to survive will push him over the edge. In the end, Joel will likely muster the courage to kill someone else and save himself from the Entity.

Read More: Is Smile Based on a True Story?