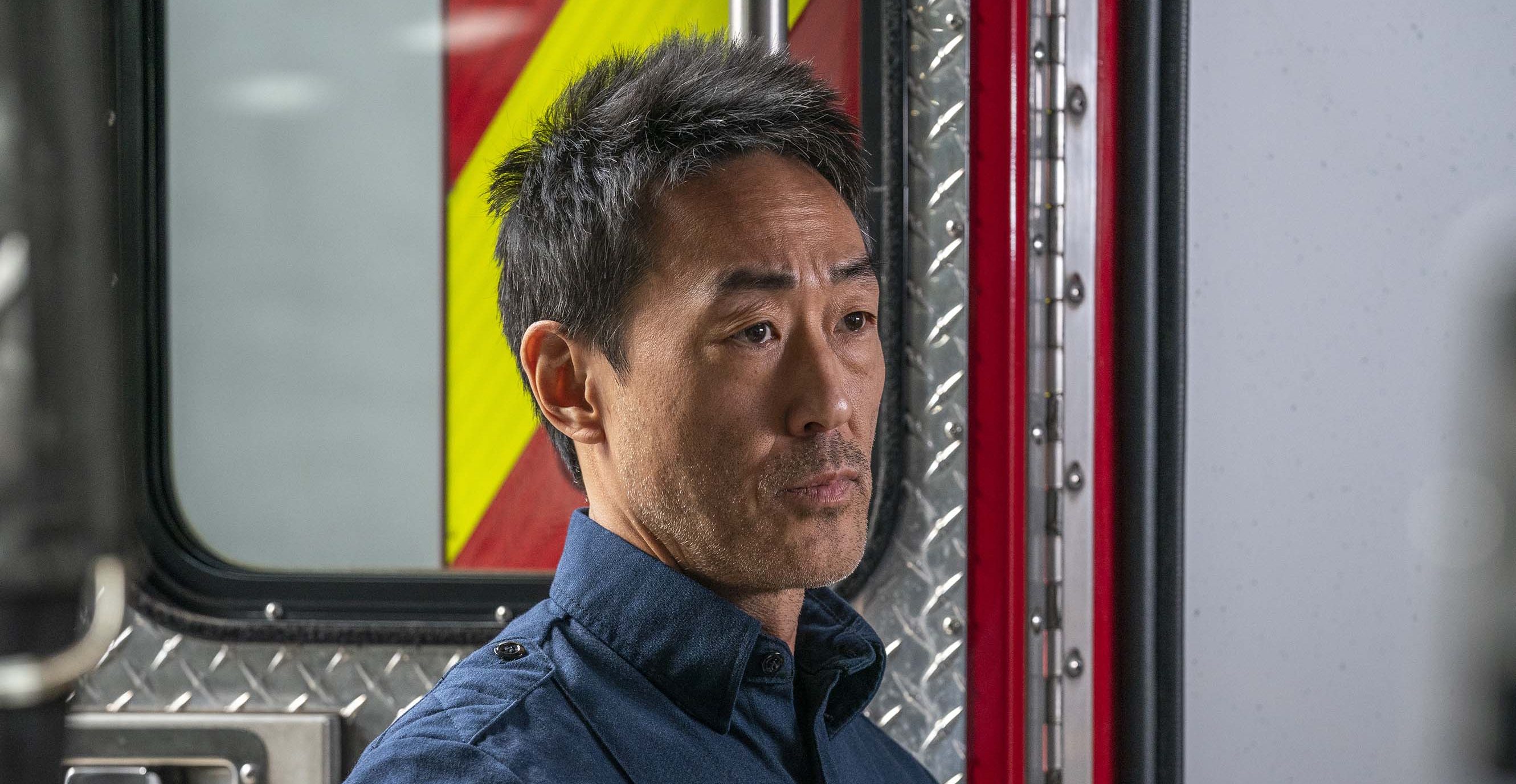 In FOX’s action series ‘9-1-1,’ Howard “Howie”/”Chimney” Han and Maddie Buckley nurture and share an endearing bond. Even though several emotional challenges test the strength of their relationship, they succeed in supporting one another to pass the difficult phases of their lives.

When Maddie leaves Los Angeles after struggling with postpartum depression, Chimney decides to find her. He also leaves the city, leading to actor Kenneth Choi’s absence from the show. In the tenth episode of season 5, Buck says to Hen that he is missing his sister and her family. As Buck eagerly awaits them, one must be wondering whether Choi will return to the show. Let’s find out!

What Happened to Howard “Howie”/”Chimney” Han?

After the birth of Jee-Yun, Maddie starts to suffer from postpartum depression. She realizes that her condition is compromising her daughter’s safety, which leads her to consider leaving LA. Maddie starts to think that her presence will affect Chimney and their daughter negatively as she is not able to take care of her family properly.

In the third episode of season 5, she leaves her partner and daughter, leaving the latter with the former. She records a video for Chimney in which she explains that she isn’t in danger and she is leaving for the betterment of their daughter before assuring their love towards her family. Maddie’s absence becomes unbearable for Chimney. He talks to Buck about his sister, only for the latter to reveal that Maddie had contacted him. Enraged, Chimney initiates a fight with him.

After the confrontation with Buck, Chimney leaves LA to find his partner and accompany her back to their home. In the tenth episode of season 5, Buck fails to celebrate Christmas as the absence of Maddie, Chimney, and Jee-Yun becomes insufferable. Along with Buck, the viewers of the show must be missing the charm of Kenneth Choi as Chimney. So, is Choi returning to the procedural show? Let’s see!

From the premiere episode of the show, Kenneth Choi’s Howard “Howie”/”Chimney” Han has been a pivotal part of the several startling duty calls Station 118 attends. He is respected by his colleagues and adored by the fans of the series. His sudden departure from LA and the narrative of the series paved the way for numerous speculations regarding the actor’s commitment to the show. As the fans look forward to an update regarding Choi’s return to ‘9-1-1,’ we have got exciting news to share!

Kenneth Choi will return to ‘9-1-1.’ In January 2022, Jennifer Love Hewitt, who portrays Maddie, shared a short video from the filming location of the show with Kenneth Choi, indicating the actor’s return. As the fifth season of the show is getting set to return to FOX in March 2022 after a hiatus, we can expect Chimney’s return to Station 118 along with Maddie and Jee-Yun. Chimney may have found his partner to make her feel comfortable about returning home.

Buck may reconcile with his sister and apologize to Chimney for not telling him about Maddie’s departure. As 118 faces a severe crisis, Chimney’s presence becomes indispensable at the station. We can hope that he will rush to LA and the Station 118 family with Maddie and their daughter in the eleventh episode of the fifth season.