Will Lucas Return to Hope Valley? Is Chris McNally Leaving When Calls the Heart? 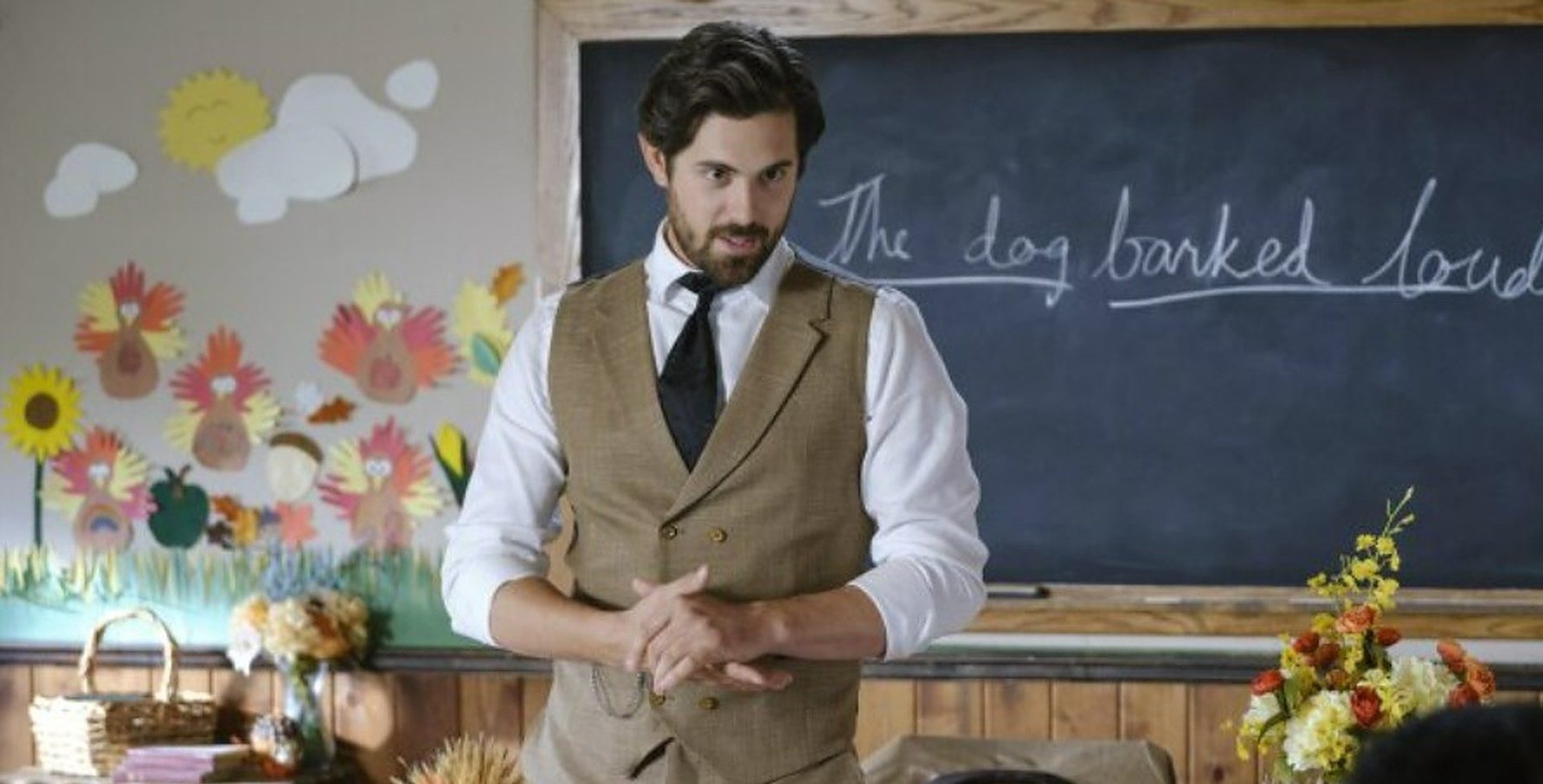 Ever since Elizabeth (Erin Krakow) chooses to be with Lucas (Chris McNally) in the season 8 finale of the hit drama TV series ‘When Calls the Heart,’ fans have always rooted for the couple to be together. Though their bond strengthens a lot in season 9 and they even contemplate getting married in the future, an unfortunate chain of events in Hope Valley lands Lucas in grave trouble. As Elizabeth wonders how to help him out, he starts questioning his integrity and thus leaves town unexpectedly to clear his head. But will he be returning soon or is this move permanent? Let’s dig in and find out. SPOILERS AHEAD.

Will Lucas Return to Hope Valley?

Elizabeth gives love a second chance with Lucas and starts a relationship with him. However, she is still slightly skeptical as to how he would be around her son Jack Jr., who is her top priority in life. But soon, Lucas diminishes all her doubts by proving to be an amazing father figure to the little boy and shares with Elizabeth his intentions of settling down as a family with her and Jack Jr. in Hope Valley. The couple also begins casually discussing getting married in a year or so.

But the ongoing tensions in town gradually begin affecting Elizabeth and Lucas’ blissful life, when he decides to investigate Wyman Walden, a cunning businessman who works for the steel foundry. Later, the latter gets arrested due to Bill and Nathan’s clever plan, but falsely implicates Lucas for illegal bookkeeping. Elizabeth is shocked to find out that her boyfriend hid so much from her but helps him nevertheless to get released from jail.

Given the problems at the oil company, Lucas’ problems are far from over as Henry agrees to reopen the coal mines with Jerome. This makes Lucas feel extremely guilty for not having stopped them, and he starts behaving distant from Elizabeth. Since she had earlier seen a jewelry box in his drawer, she assumes that Lucas was going to propose to her and had now changed his mind. Thus, Elizabeth starts worrying about their relationship, and it increases when he hints at wishing to live somewhere outside Hope Valley.

Luckily, Lucas assures his partner that he has no such intentions of leaving her and Jack Jr. and also clarifies that the jewelry box was not a ring but earrings he had meant to give her for her birthday. Even though the couple sorts out their misunderstandings, Lucas suddenly leaves town the next day without informing anyone. Moreover, Gustavo tells Elizabeth that he has not specified when he will be back but has just left her a letter.

As Lucas has promised Elizabeth that he is not going anywhere, he has likely left Hope Valley briefly to clear his head of all the chaos. He had mentioned this earlier as well to Elizabeth and Gustavo that he needs some time away from all the conflicts at the oil company. In addition, when Florence blames Lucas for letting Henry reopen the mines, his guilt increases and it might be a little while before he can process everything he has endured lately.

Not just that, Lucas is a man of his words and has thought of marrying Elizabeth and settling down with her and Jack Jr. He previously tells her that he wants to leave behind his adventurous self and lead a stable family life. Thus, he may probably be planning for their future ahead and has left town for some specific work. For instance, it is possible that he has gone to visit either his or Elizabeth’s family for their blessings before he proposes to her.

Although, it could also be that Lucas is suddenly facing a dilemma or confusion about what he really wants to do with his life, and has decided to travel a bit to figure out what suits him. Another reason may be that he is planning a surprise for Elizabeth and hence, he leaves her the letter to drop her a clue.

Considering all these points, it is unlikely that Lucas has left Hope Valley forever, and will by all means return home before the season ends. However, what news he brings along with him and how it impacts Elizabeth is rather subjective, as, at this point, his internal dilemma due to the coal mine incident weighs heavily on him and his decisions.

Is Chris McNally Leaving When Calls the Heart?

Chris McNally, who essays Lucas in’ When Calls the Heart,’ has not yet indicated that he may be exiting the show, and neither have the makers made any such announcements. Hence, fans can rejoice, as chances of him leaving the show are dismal at the moment. As we mentioned above, his character Lucas has probably left the town for a short getaway to sort out his problems and shall return soon to reunite with Elizabeth.

On top of that, given the way Lucas and Elizabeth’s relationship has shaped up throughout season 9, they may seemingly get engaged in the upcoming season finale. Lucas’ character is the protagonist’s love interest, and writing him off the show is a major decision that the makers will surely inform the viewers of in a more significant way than abruptly doing so. Therefore, we can safely assume that Chris is not quitting ‘When Calls the Heart’ anytime soon, and may just have taken a small break to fulfill his other work commitments.