Will Michaela and Jared Ever End Up Together in Manifest? Theories 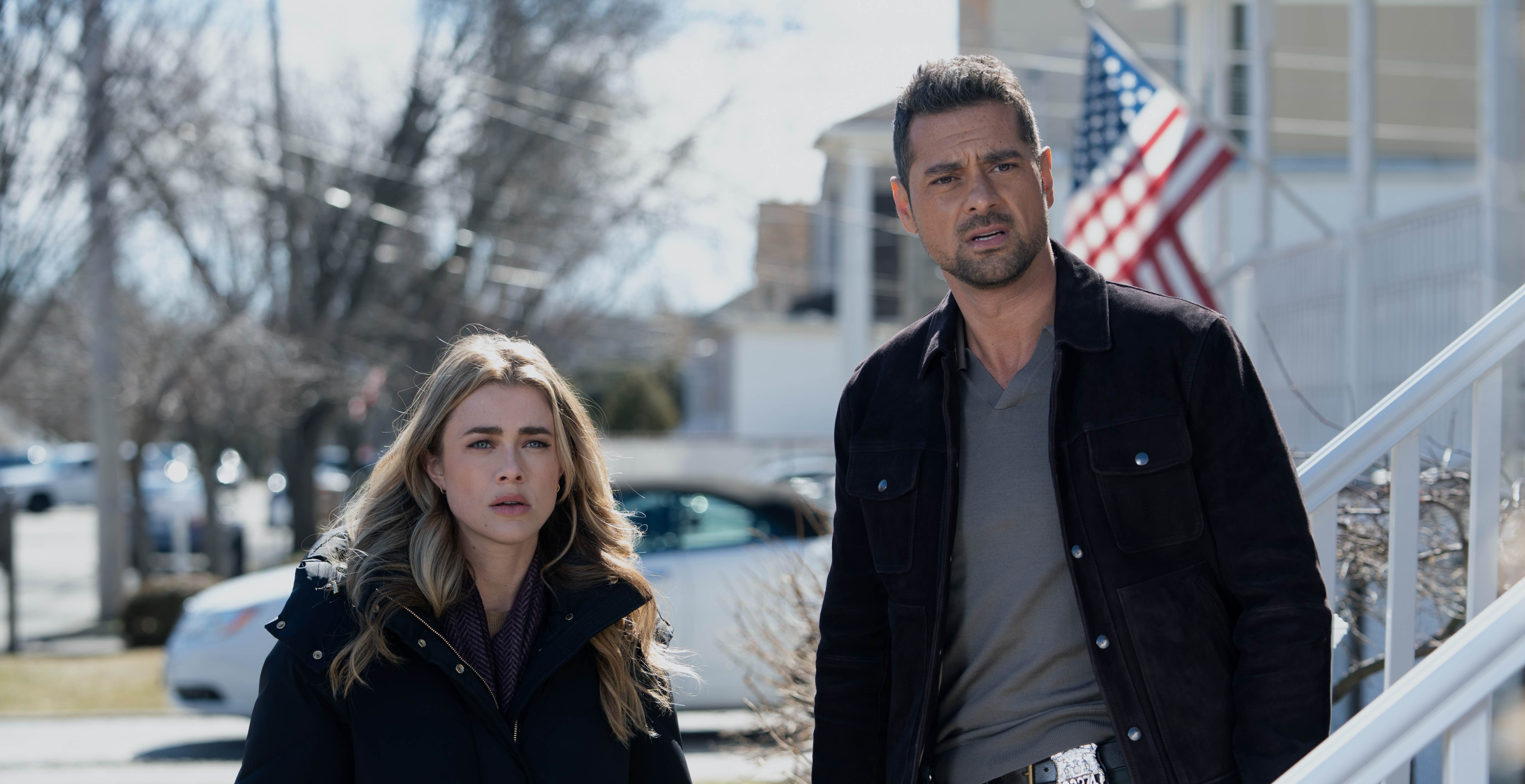 Although ‘Manifest’ is renowned as a supernatural show filled with narrative twists and turns, it is ultimately a series about human relationships. Whether it be Ben Stone’s relationship with Grace Stone and their kids or Saanvi Bahl’s companionship with Alex, the Netflix series explores the intricacies of various relationships, and in the center of the same, there lies the complex companionship of Michaela “Mick” Stone and Jared Vasquez. Mick and Jared were meant to be together until Montego Air Flight 828 takes five and a half years from the former’s life. Ever since their separation, the viewers have been wondering whether they will ever end up together. Let’s explore the same! SPOILERS AHEAD.

Will Michaela and Jared Ever End Up Together?

When Michaela “Mick” Stone steps into Flight 828, her marriage to Jared Vasquez is on the horizon. By the time her journey ends in New York, five and a half years have already passed and Mick realizes that Jared isn’t her fiancé anymore. He gets engaged to Mick’s best friend Lourdes since they have been sharing the grief of losing Mick together. When Mick returns to Jared’s life again, they both start to believe that they cannot go back to what they were. Mick eventually marries Zeke Landon while Jared shares his life with multiple partners. But their love for each other never evaporates from them. Even after years of their separation, they are still nurturing warm feelings for each other.

In the fourth season of the show, Mick confesses to having feelings for Jared to her husband Zeke. She assures him that she is going to deal with the same and she fulfills her promise, even if she seemingly has to pretend that she has moved on from him at times. Jared, on the other hand, gets into a casual relationship with Mick’s other friend and former detective partner Drea Mikami. Although they try to convince themselves and each other that they have moved on from the other, their actions make it clear that they haven’t. In season 4, we get to see them sharing an emotionally intimate moment while sitting on their favorite bench.

For Mick and Jared to end up together, they need to overcome the traumas of the past. She needs to accept that he really didn’t betray her in any way. In the tenth episode of season 4, Zeke presumably dies as he sacrifices himself to save Cal’s life. Considering the absence Zeke’s death creates in Mick’s life, her reunion with Jared cannot be entirely ruled off. In Jared, she has someone as understanding as Zeke. Despite not being an 828er, Jared has always succeeded in supporting her. As she faces an apocalypse and the need for stopping the ending of the world, she may need the support Jared can offer.

If Jared is going to fill Zeke’s void in Mick’s life, the apocalypse can be the only thing that may stop them from ending up together. In the second part of season 4, Mick is expected to be engaged with making use of Cal to save the billions living on the planet since Angelina has already kickstarted the apocalypse. Mick may not have the time to take a break from her efforts to care for her personal life. But if she does, it is almost sure that it will be to share the time with Jared. Since Zeke is dead, there is nobody else who is capable enough to sacrifice one’s life to give Mick the space to save the Lifeboat.

As far as Jared and Drea’s relationship is concerned, the chances of it coming in between Mick and Jared’s possible reunion is extremely low. In the tenth episode of season 4, Drea even reminds Jared that their relationship is no strings attached, indicating that he is free to step out of their arrangement if he can reunite with Mick.