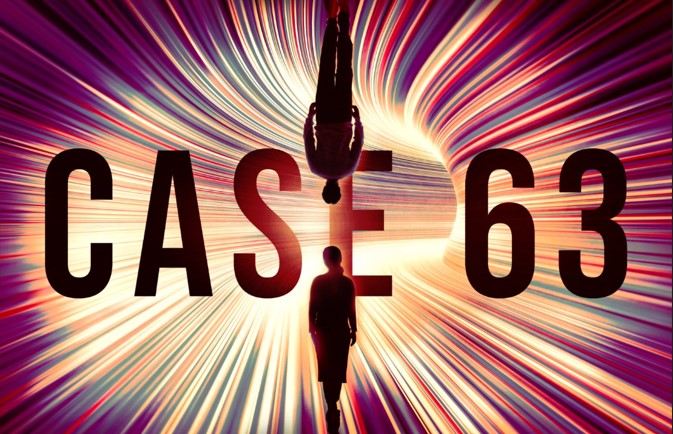 An English adaptation of the Chilean podcast, ‘Case 63’ is a sci-fi podcast that centers upon a psychiatrist, Dr. Eliza Beatrix Knight, and her patient, Peter Roiter, who says he’s from the future and has traveled back in time to save the world from a global pandemic. Created and written by Julio Rojas, the Spotify original’s first season premiered in October 2022. Since its release, the cinematic podcast has gained praise from critics and audiences alike for its thrilling and suspenseful narrative and compelling storytelling.

According to Vanity Fair, the podcast topped the Spotify charts in the US, UK, Canada, and Ireland just days after its release. What stands out best is how the tale describes far-reaching concepts such as time travel with theories grounded in reality. After the mind-bending cliffhanger in the season 1 finale, fans are quite curious about the release date and other details of ‘Case 63’ season 2. Will there be another installment? Don’t worry, as we’ve got you covered.

‘Case 63’ season 1 released on Spotify on October 25, 2022. All 10 episodes of the English-language version were dropped on the same day. The original Chilean podcast first aired in November 2020 and went on to last for three seasons. While the second season premiered a year later in 2021, the third and final season wrapped the story on October 18, 2022. On the other hand, the Brazilian version premiered in July 2021, whereas seasons 2 and 3 premiered in February and November 2022 respectively. Then, a Hindi-language adaptation, titled ‘Virus 2062’ was released in September 2021.

As far as the future of ‘Case 63’ is concerned, here’s what we know. Although there hasn’t been any renewal announcement by Spotify, the cast members have expressed their eagerness to work in the second season. While speaking to Vanity Fair, Julianne Moore spoke about the possibility of season 2 and how “the plan is that it continues.” She said her experience was gratifying, adding, “It’s something I want to do again.” In addition, since the inaugural season ends on a cliffhanger, there’s so much more to be explained, especially since the original series has two more seasons.

While speaking to the same outlet, Moore mentioned how the recording was completed within a few days. Besides this, it is important to note the gap of about a year between the announcement of the adaptation and its release. Considering the aforementioned factors along with the massive acclaim it’s managed to garner, it is likely that the network will recommission the podcast series for another season. If renewed, we expect ‘Case 63’ season 2 to release sometime in Q2 2023, following a release pattern similar to the original Chilean version.

In the first season of ‘Case 63,’ Academy Award-winning actress Julianne Moore lends her voice to the character of Dr. Eliza Beatrix Knight, a revered psychiatrist whose life changes upon being assigned a mysterious patient. Joining Moore in the voice cast is Golden Globe Award-winning actor Oscar Isaac  as the voice behind Peter Roiter, the enigmatic patient.

Furthermore, ‘Succession’ fame Zoe Winters voices the character of Marie Baker, who Peter wants to prevent from boarding Flight 262. If the podcast is renewed, these characters and their respective voice cast members would most likely reprise their roles. We might also get to hear the voice of Eliza’s sister, Danny, in the second season. Besides these, a few new actors and characters might also be added to the cast.

In season 1, after Peter convinces Eliza that he is indeed from the future and needs to immunize Marie Baker, the doctor decides to help him. She follows his instructions and carries his blood plasma to inject into Marie. However, things take a turn when she discovers that Marie is her sister’s friend. Eliza’s sister, Danny, has leukemia, and she will soon start a new treatment called plasma immunology therapy, for which Marie will be donating her plasma. Realizing that Eliza cannot deny Danny a shot at life, she asks Marie to leave and breaks the blood sample bottle.

In the next few moments, we realize that Eliza has been missing and was last seen at JFK airport. Elsewhere, Eliza is in a hospital where a police officer informs her that she was found naked in a restroom at JFK airport. At this moment, Peter or someone looking exactly like him walks in and says he’s Dr. Vincent. Confused about what’s happening around her, Eliza asks which year she is in, and the response shocks her, saying, “2012.”

The potential season 2 will likely pick up from the chilling finale of the first season. Considering the mechanics of time travel are still unclear, we might understand how Eliza has traveled back in 2012 while learning the reason behind it. If renewed, we can also expect to learn more about Eliza’s sister, Danny. However, there’s a possibility that we will be left with more questions than answers because, in the Chilean version, many of the questions from seasons 1 and 2 are only answered in season 3.