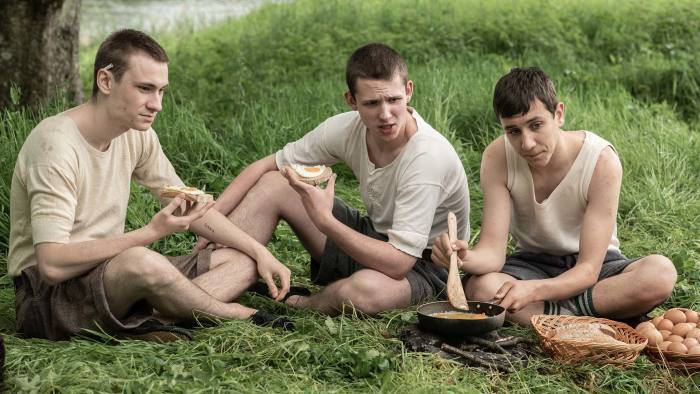 ‘The Windermere Children’ is a biographical film that tells the remarkable true story of young Jewish refugees, who fled the horrors of World War II and the holocaust, to end up on English shores. Almost 300 children showed up, orphaned and with no possessions. They were taken to the Calgarth Estate by Lake Windermere.

There, child psychologist, Oscar Friedmann cared for them along with other counselors. Eventually, the kids began to heal and move past their trauma. The movie tells the real-life story of these children in Cumbria. Naturally, the setting itself is central to the depiction of the story, because it was by Lake Windermere that these children regained a semblance of normalcy in their lives.

It might make you curious about whether the movie has been shot on location, and whether the cast and crew have filmed elsewhere to capture the film’s essence. We have got you covered in that regard.

While one would expect filming to have taken place in and around Lake Windermere, the movie was shot quite far away. You can check out a disgruntled tweet about the fact that the movie hasn’t been filmed near Lake Windermere at all. ‘

The Windermere Children is pissing me off with its lack filming in Windermere.

Naturally, this might make you wonder where the movie has been filmed. Well, it has been shot mostly in Northern Ireland, in places like Glenarm, Belfast, and Downpatrick. We have the specifics about the locations here, as well. Before we get to that, do check out the tweet below, about the movie’s filming having taken place in Northern Ireland.

@RobbieRinder so sorry to hear the news of your Grandfather's passing. I recently watched the BBC documentary called The Windermere Children filmed in and around the north of Ireland and remembered that your Grandad was one of those children too. Have you watched it yet?

Glenarm is one of the spots where ‘The Windermere Children’ is filmed. The village went back in time to 1945, as it was transformed to capture the right period. Scenes from the movie have been filmed on Altmore Street.

Parts of the movie have also been filmed at the Glenarm Castle and estate, which serves as a beautiful backdrop for the events in the film. The official statement from the castle states that the film is a must-watch. It goes on to say that the movie is the first dramatization of the events during  World War II, and is informed by interviews with the survivors.

Notably, Glenarm village is known for its scenic backdrops and has appeared in several shows like ‘Game of Thrones.’

Belvoir Forest is where some of the more scenic sequences have been captured. Quite a fair bit of action is filmed at this location. The parklands are quiet and picturesque. Thus, the tranquility offered is ideal for filming sequences where we see the refugees readjusting to a life beyond war. You can check out the thread below, where an individual confirms that the park was used during the filming of ‘The Windermere Children.’

The Admiralty had an Ammunitions Depot on the estate. Shipments of munitions and armaments came up the Lagan. The park was used for filming The Windermere Children. Not sure of any surviving wartime remains. Some people talk of an air raid shelter but I believe it's an ice house.

Finnebrogue Forest is perhaps one of the most integral filming locations for ‘The Windermere Children.’ The place has a 30-acre lake, which makes it perfect for filming scenes from 1940s Windermere. Notably, all the locations chosen for filming, have played essential roles during wartime efforts as well. Thus, it is clear that ‘The Windermere Children’ was not filmed at Windermere. However, the production team has made smart use of locations, all across Ulster, to capture the essence of the movie.

The green landscapes that Ireland is famous for provides the exact kind of backdrop that is necessary, to portray the healing calmness that exists throughout the film, as the refugees flee their war-ravaged pasts, to build a new life for themselves in England.