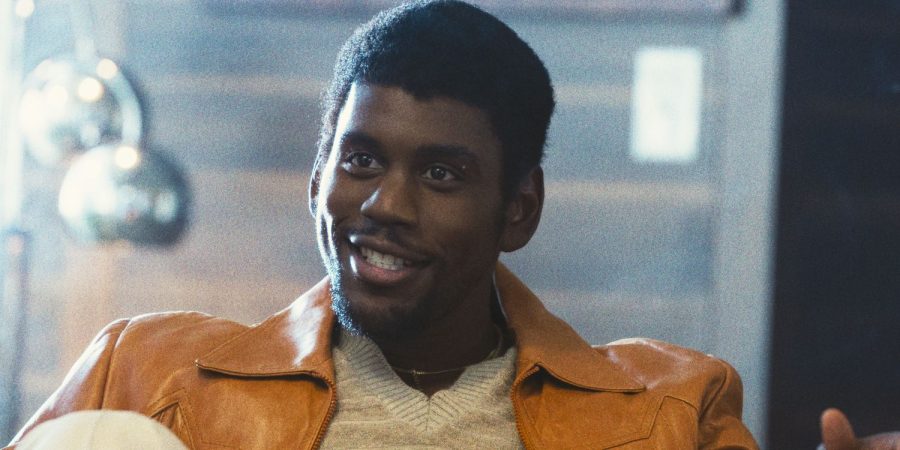 ‘Winning Time: The Rise of the Lakers Dynasty‘ reaches an enthralling point in its journey as the LA Lakers face their sternest challenge in the sixth episode. After the accident of Head Coach Jack McKinney, the team is in peril with a difficult game approaching. Thus, McKinney’s assistant, Paul Westhead, is thrust into the limelight and is forced to take charge of the team. However, Westhead must first shed his mild-mannered personality and demonstrate that he can be depended upon during this challenging time.

Nonetheless, given the Lakers’ spectacular start to life under McKinney, questions are raised over the team’s ability to succeed without their genius coach. If you are wondering whether the LA Lakers prove the naysayers wrong, here is everything you need to know about the ending of ‘Winning Time’ episode 6! SPOILERS AHEAD!

The sixth episode, titled ‘Momento Mori,’ opens with Paul Westhead waiting for Jack McKinney to play tennis. However, he receives a phone call about McKinney’s accident and quickly rushes to the hospital. Meanwhile, Magic Johnson meets with representatives of numerous shoe brands who wish to sign him as their flagship basketball player. However, Magic is unimpressed when they reveal that they are all also in conversation with Magic’s rival, Larry Bird.

On the other hand, Phil Knight, the co-founder of a nascent Nike, impresses Magic with a unique shoe design. However, he does not have much cash to offer. Nonetheless, Knight offers Magic $1 for every shoe sold with 100,000 stock options in the company. Later, Magic meets with Dr. Day to discuss his finances and decide on a shoe sponsor. Jerry Buss is trying to convince the Great Western Bank to continue their loan agreement when he learns that his mother paid the vendors from a closed bank account. When Buss checks on his mother, he realizes that she is showing signs of dementia.

Elsewhere, the Lakers’ management is alerted to McKinney’s accident. Buss arrives at the hospital and realizes that McKinney will not be able to coach the team for their upcoming match against Denver Nuggets. Thus, he entrusts assistant coach Paul Westhead with the responsibility. Westhead is unsure whether he can take on the challenge, but before he can contemplate the situation, he is thrust into the spotlight and is forced to speak with the press. The team’s morale also takes a hit when they learn of McKinney’s accident. How Westhead and the LA Lakers overcome the tragedy of McKinney’s accident forms the rest of the plot.

Throughout the episode, Westhead attempts to match McKinney’s genius and tries to figure out a strategy for the game against Denver. However, he must decide whether to start Haywood or Cooper to mark Denver’s star player. Before the game, Westhead announces that he is starting Cooper and benches Haywood after the latter makes some crude comments about the new coach. The Lakers come together and resolve to win the game to honor their injured coach. However, the episode ends without revealing the outcome of the game. Instead, the scene shifts to the hospital, where McKinney wakes up and is informed by Westhead that the Lakers have already played against Denver.

In reality, the LA Lakers did win their first game under Paul Westhead. The team beat Denver Nuggets by four points during overtime with a final scoreline of 126–122. The team would go on to have a flying start under Westhead as the interim Head Coach led the LA Lakers to five wins in his first six games. Ultimately, the team proves that it can compete with or without McKinney on the bylines because of their rigorous training, hard work, and dedication to McKinney’s style of play. However, Westhead puts his own spin on things and dominates proceedings for the Lakers as the team continues to rise in the standings.

Does Magic Break Up With Cindy?

In the episode, Magic realizes his potential as a brand as various shoe companies are vying for his signature. As Magic’s financial status rises, he takes the help of Dr. Thomas Day to manage his funds. Meanwhile, Magic is dating Day’s daughter, Cindy, who also acts as Magic’s publicist. However, Magic soon grows irked with Cindy’s attitude as she tries to present herself and Magic as a perfect couple and involves herself in all his decisions.

Even though Magic clarifies that he is not interested in a serious relationship, Cindy continues to act herself. She sends flowers to McKinney’s hospital on Magic’s behalf without asking him. On the other hand, Magic realizes that Cindy only likes him for his fame and decides to break things with her. However, he consults with Dr. Day and ensures that their work relationship is not affected by the decision. In the end, Magic breaks up with Cindy and decides to pursue Cookie romantically. The episode ends with Magic sending Cookie a few tickets for the LA Lakers’ upcoming game in Detroit. Cookie accepts the tickets and smiles, hinting that she is also interested in getting back together with Magic.