Woman of the Dead Ending, Explained: Who Killed Mark? 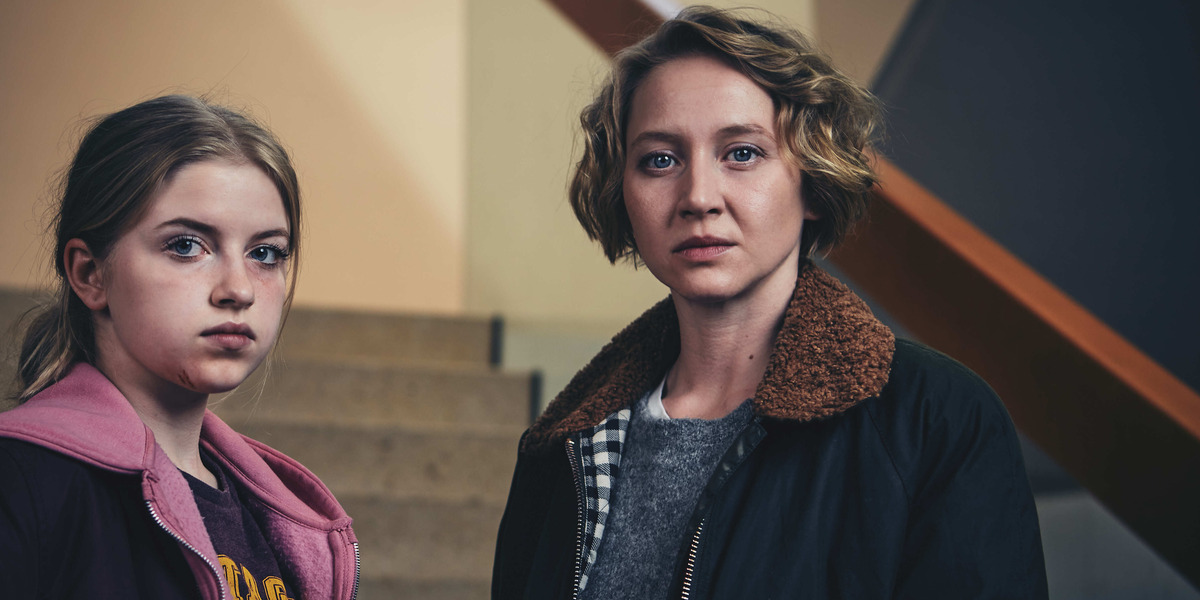 Netflix’s ‘Woman of the Dead’ is thriller series based on author Bernhard Aichner’s 2014 German novel ‘Totenfrau.‘ The Austrian-German crime drama series is created by Benito Mueller, Wolfgang Mueller, and Barbara Stepansky and takes place in a village near Innsbruck. It tells the story of Brünhilde Blum, a woman dealing with the death of her husband. However, after realizing that her husband’s death is a part of a larger conspiracy, Blum sets out in search of revenge. The complex and layered narrative introduces viewers to various suspects as Blum searches for the killer. If you are looking for answers about the killer and Blum’s fate in ‘Woman of the Dead,’ here is everything you need to know about the show’s ending! SPOILERS AHEAD!

Woman of the Dead Recap

‘Woman of the Dead’ follows Brünhilde Blum, a married woman who owns a funeral home near a ski resort in Austria. Her husband, Mark, is a cop, and the couple has two children, Nela and Tim. Mark’s father, Karl, and an immigrant named Rexa, who Mark helped live with them. Reza works as Blum’s assistant at the funeral home. One day, Mark leaves for work on his Ducati bike but is slammed into by a Range Rover. He is hospitalized and succumbs to his injuries while the driver flees. Blum trusts Mark’s best friend and colleague, Massimo Ricci, to find the driver. 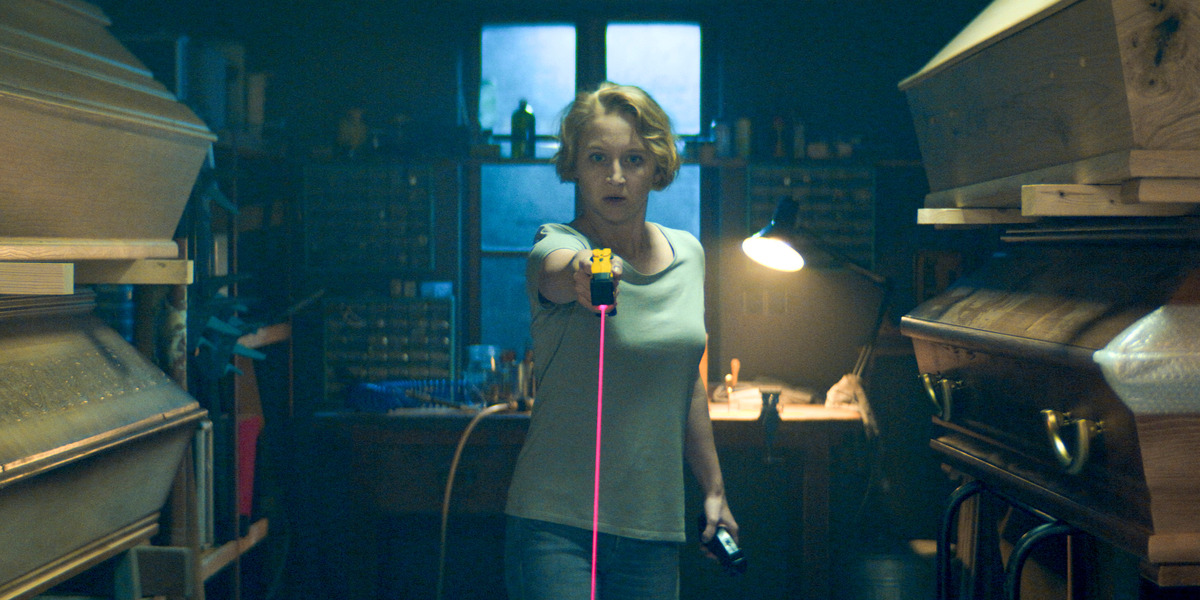 Blum also suspects that Mark is cheating on her. Her suspicion leads her to check Mark’s mobile phone, which has missed calls from a contact saved as “D.” When Blum calls the number, a woman answers but ends the call after realizing it is not Mark’s voice. Blum checks Mark’s messages with D and finds the coordinates to her location. Blum tracks down the woman to a safe house in the woods. However, the woman tries to flee with Blum finds her. Eventually, Blum calms the woman down, and the latter introduces herself as Dunja.

Dunja explains that she is an immigrant who was promised work in the village but was assaulted along with other women. She escaped and ran into Mark, who promised to help her. Dunja exclaims that Mark is likely dead because he was trying to help her. She reveals that a group of men in latex masks raped the women and mutilated their bodies, but she cannot identify them. However, Dunja recollects that a man clicked their photos with a polaroid camera. Blum takes Dunja to her home and begins investigating Mark’s connection to the masked men.

Blum searches for a photographer who uses polaroids, leading her to Edwin Schönborn, the son of Mrs. Schönborn, a wealthy woman who operates the Bad Annenhof ski resort. After an altercation, Edwin refuses to reveal anything about Dunja, and Blum knocks him unconscious with a taser. Later, Edwin dies, and Blum is forced to cover up the death. However, from Edwin’s camera, she learns he is connected to Father Jaunig, a pastor who teaches at Nela’s school. Soon, Blum deduces that Jaunig is involved with Bertl Puch, a local restauranteur, and a man named Joe Blenk. The three men with Edwin are responsible for attacking Dunja and the other women.

Meanwhile, Dunja leaves Blum’s house and ends up dead. Mrs. Schönborn searches for her son and discovers that Blum is the last person to see Edwin. She kidnaps Blum’s son to find Edwin, but Blum frees Tim by threatening to tell the police about the abduction and running Mrs. Schönborn’s upcoming business deal. Eventually, Blum discovers that Jaunig and Edwin share the same burn mark on their bodies. Blum concludes that the men with the mark are the masked men and considers them responsible for her husband’s death.

Woman of the Dead Ending: Who Killed Mark? Who Is the Fifth Masked Man?

Blum kills Jaunig by setting him on fire before confronting Bertl Puch. Blum finds that Puch also has the same symbol on his body and kills him with Reza’s help. Blum discovers that Joe Blenk is a pseudonym for Dr. Ludwig, whose hospital Mark took Duja to after finding her. While Blum kills Ludwig, he admits to the crimes but denies killing Mark. Meanwhile, the police link Blum to Jaunig and Puch’s deaths and Edwin’s disappearance. Blum covers up the murders with Reza’s help and receives a flash drive from Sebastian Hackspiel.

However, Blum believes that she has killed all the men responsible for her husband’s death. She accepts Massimo’s offer for dinner after he saves her during the police investigation. Blum gives the flash drive to Reza before going to dinner with Massimo. When Reza sees the footage on the drive, he discovers that Massimo is the fifth member of the masked men group. On the other hand, Blum sees the burn mark on Massimo’s body, confirming that he is the fifth member.

When Blum confronts Massimo, he reveals that the group raped Gerda, the daughter of Theile and Hackspiel’s girlfriend. Massimo helped them cover the crime by killing Gerda, leading to their pack. Mark discovered the group’s activities and came dangerously close to catching them. Therefore, Massimo killed his best friend to protect the pact he made with the group long ago. Unlike the other men, Massimo admits to being the one behind Mark’s death and boasts about his actions.

After the revelation, Massimo tries to kill Blum. He knocks her out and takes Blum to the remote engine room where the group raped young girls. Massimo being the fifth masked man, serves as a metaphor underlining that we often do not see the true ace of those closest to us. Despite being a dear friend of Mark, Massimo killed him out of selfish motivations. However, Reza’s timely arrival foils Massimo’s attempt to kill Blum.

Do the Police Catch Blum? What Happens to Massimo?

In the final moments of the sixth episode, Reza intervenes to save Blum from Massimo. However, he is shot in the shoulder while doing so. Nonetheless, Reza’s arrival creates a small opening for Blum to attack Massimo. She uses a bone from the corpses of the dead women the masked men assaulted and stabs Massimo to death. Massimo dies, and Reza and Blum cover up the final murder, avenging Mark’s death. Moreover, Blum stabs Massimo with the bone of a woman assaulted by him and his friends, leaving a poetic sense of justice for Dunja and the other women. 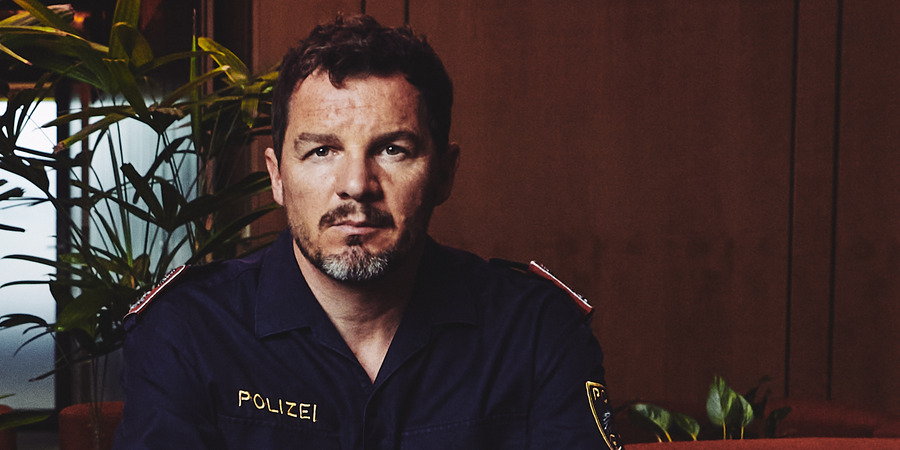 Blum knows that the police and the federal investigator will investigate Massimo’s death and her connection to it. Therefore, Blum and Reza plant evidence they have collected in Massimo’s house, framing him for the murders of Puch, Edwin, Ludwig, and Jaunig. However, Mrs. Schönborn could still create a problem for Blum. Therefore, she threatens to tell the police about the engine room and Edwin’s involvement in it. As a result, Mrs. Schönborn is forced to pull strings and stop the federal investigation surrounding Blum.

Ultimately, Blum cleverly avoids getting caught by the police. The string of murders is blamed on Massimo, and the police close the case. Moreover, Blum obtains revenge for her husband’s death and prepares to move on to the next chapter of her life. Blum returns to her family, and they enjoy a nice dinner marking a fresh start for them. However, Mrs. Schönborn talks with her new business partner, who suggests he can solve any issues she is facing that could affect their business. Therefore, Blum might not be out in the clear just yet.

What Happened to Blum’s Parents?

In flashbacks of the first episode, we learn that Blum and her adoptive parents were on vacation years ago. While spending time on a boat, Blum fell asleep, and her parents went for a swim. However, Blum’s parents drown in the ocean and die. Blum is traumatized and devastated until Mark arrives to help her. The instance was Mark and Blum’s first meeting leading to their loving family life. However, as the narrative progresses, we learn that Blum’s parents abused her. 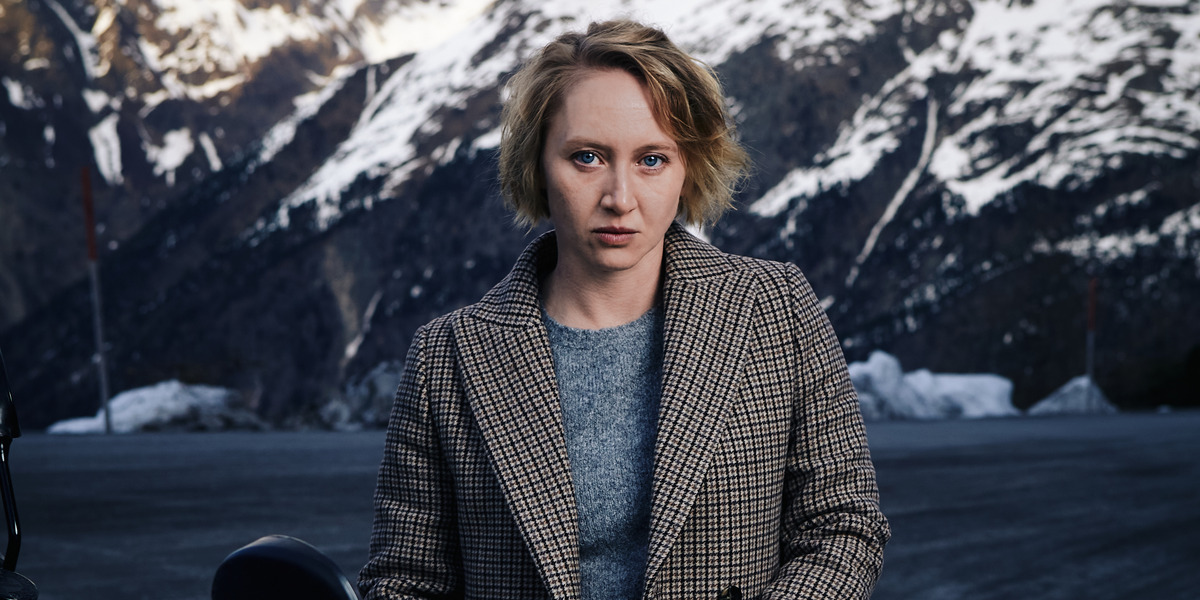 In the later episodes, we see flashbacks that cross the death of Blum’s parents with her childhood torment. The scenes imply that Blum might have been responsible for their death. The final moments of the last episode reveal that mark was aware of the truth. We see Blum confessing to killing her parents but remarks that they deserved it. In the end, the revelation of Blum killing her parents adds a new layer to the foundation of Mark and Blum’s relationship. Furthermore, it highlights Blum’s hidden potential as a killer that is unleashed after Mark’s death, bringing her story full circle.

Read More: Where is Netflix’s Woman of the Dead Filmed?