‘Y: The Last Man’ episode 7 marks the television adaptation’s entry into the complex narrative territory that made the comic book it is based on extremely successful. In the previous episode, we got a glimpse of the fact that Yorick’s survival is the President’s worst-kept secret. In the new episode, more people find out about Yorick’s status as the last man with a Y-chromosome.

His situation underlines the escape artist’s naive nature and the mental fragility of the people struggling to survive in the aftermath of the plague. If you are curious to learn what happens in the post-apocalyptic drama’s latest episode and how it shapes Yorick, Mann, and Agent 355’s journey, allow us to break down the episode’s events for you. Here’s everything you need to know about the ending of ‘Y: The Last Man’ episode 7. SPOILERS AHEAD!

The seventh episode (titled ‘My Mother Saw a Monkey’) opens with Yorick showing Mann an escape trick in the back of their minivan while Agent 355 drives. However, she ends up crashing the vehicle against a tree. The trio finds themselves with a group of women who reside in a prison facility. 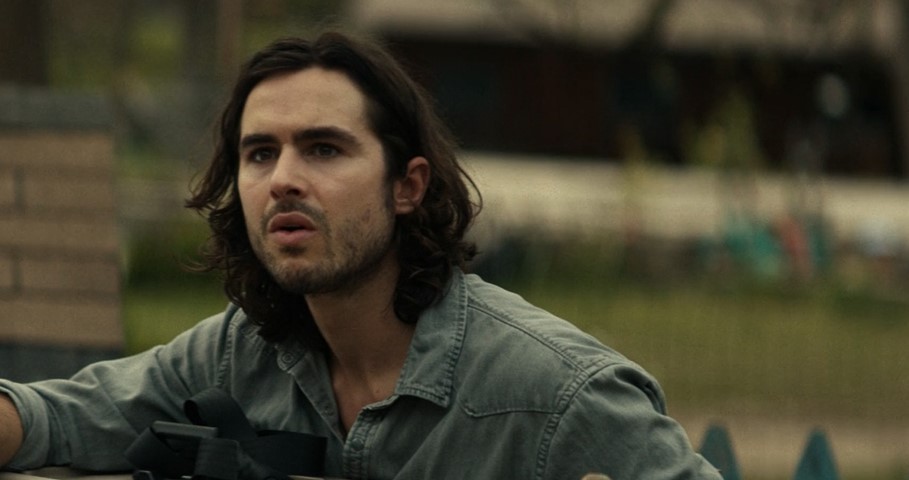 The Captain who led the siege on Agent 355 provides her mission debrief in the Pentagon. She reveals that Agent 355 was looking for Mann. She also claims to have seen a man with a monkey accompanying Agent 355. Jennifer discredits the Captain by pointing out that a tranquilizer hit her during the mission. Kimberly and Marla argue about their different approaches to grieving for their loss.

Regina and Kimberly discuss the Captain’s claims, but the former insists that they do not have substantial proof to link Jennifer to the pilots’ death. Marla hears about the man with a monkey. Meanwhile, Yorick learns that the women who have captured him thought he needed help. Hence, they are keeping Agent 355 and Mann captive.

Yorick reveals that he is an escape artist and has no idea how he and Ampersand survived the plague. He learns that the women are the former inmates of the prison who have taken over the facility. The women allow Yorick and his friends to remain with them for the time being. They also provide medical care to an injured Agent 355.

Back in the Pentagon, Jennifer meets Beth, who is attending her speech. Jennifer brings Beth inside, and the two talk about Yorick. Beth reveals that she turned down Yorick’s proposal but did, in fact, love him. Beth thanks Jennifer but insists that she cannot stay. Kimberly plans to prove Yorick’s existence and force Jennifer to resign. However, a shocking incident shakes Kimberley to her core.

So far, we have seen Marla shutting herself down and grieving the loss of her husband and grandsons in her own way. She is the first person to learn of Yorick’s survival, but Jennifer claimed that the grieving woman had seen one of her dead family members. After the Captain’s claims corroborate the fact that Marla had seen Yorick, her already fragile mental stability takes a turn for the worse. She has an outburst in front of Jennifer but doesn’t reveal Yorick’s name. Marla is also aware of her daughter’s desire to take down Jennifer.

At the episode’s end, following her outburst, we see Marla jumping off the building’s top, but we never see her dead body. It isn’t exactly why Marla decides to take this step, but it should suffice to say that she is dead. During her final conversation with Kimberly, it is clear that Marla has lost her faith in God. It is implied that she has no reason to live. Marla’s fate once again reminds the audience of the mental toll the plague’s effects have taken on the surviving female population of the world.

What Is Beth Hiding?

In the episode, we meet Beth for the first time since she breaks Yorick’s heart and moves away. However, shortly after that, the plague strikes, and now it is clear that Beth never made it out of the USA. She somehow managed to travel from New York to Washington. The journey is arduous, and Yorick and Agent 355 faced difficulties in completing it even with the President’s backing. Therefore, it is suspicious that Beth would come all this way just to tell Jennifer that she loved Yorick, as she claims. She also refuses Jennifer’s help and promptly leaves the Pentagon.

In the end, Beth’s true motivations are revealed. A minivan picks up Beth outside the Pentagon. She tells them all the information she has gathered from inside the building. She knows that the Pentagon is low on defenses, and there is also political tension inside. Therefore, the place is susceptible to an attack from angry citizens. Beth’s conversation with the trio seemingly confirms that a group of citizens is planning to attack and take over the Pentagon.