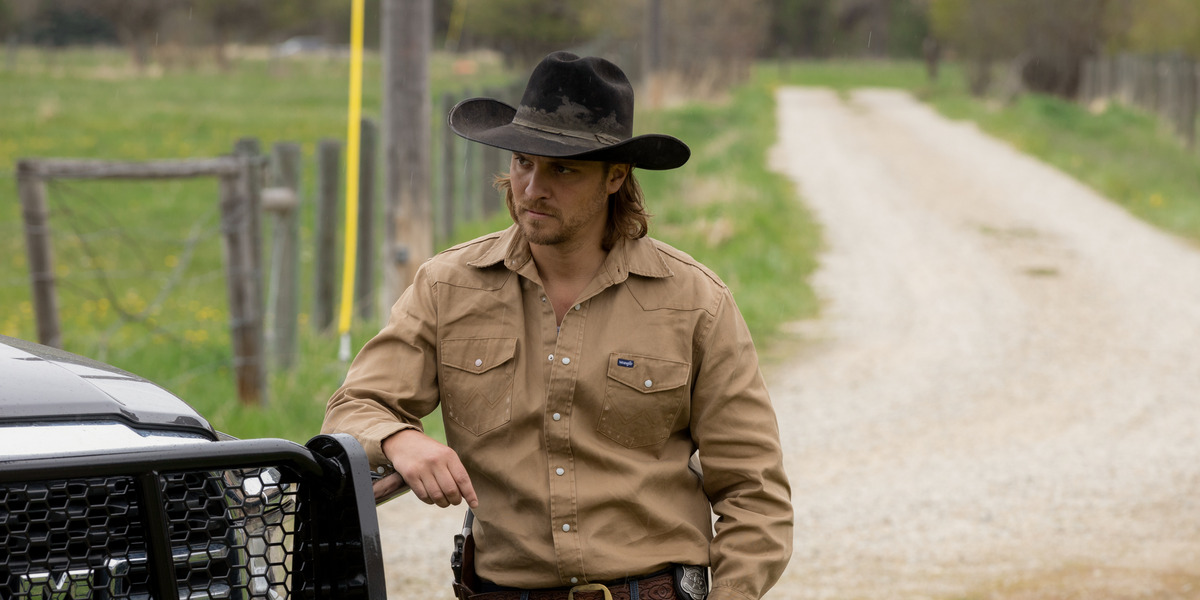 Paramount Network’s ‘Yellowstone‘ is a Western drama series revolving around the Duttons, a family of ranchers led by patriarch John Dutton, who fight to protect their ancestral Yellowstone Ranch. The fifth season draws in new conflicts for the family as John assumes the position of the Governor of Montana. In the second episode, titled ‘The Sting Of Wisdom,’ John is forced to confront the realities of being a politician.

On the other hand, Kayce and Monica recover from the tragedy of losing their child. Rip is forced to deal with a new challenge at the ranch as unexpected threats loom in the Montana wilderness. If you are looking for a detailed breakdown of the episode’s events, here is everything you need to know about the ending of ‘Yellowstone’ season 5 episode 2! SPOILERS AHEAD!

Episode 2, titled ‘The Sting Of Wisdom,’ opens with a flashback to Monica and Tate’s accident. Tate calls 911 as Monica is losing blood and is hanging on to her life. A few days later, Monica and Tate recover from their injuries and return home. Tate wonders if Monica and Kayce will have a child again. However, Monica is still recovering from the loss of her newborn baby. At the Yellowstone Dutton Ranch, Rip asks Carter to take John’s horse for a ride. However, during the trip to the pastures, the horse trips, and falls, shattering its leg. Carter breaks his hand but receives a brutally honest lesson in horse riding. Rip then shoots to the horse to put it out of pain and misery. 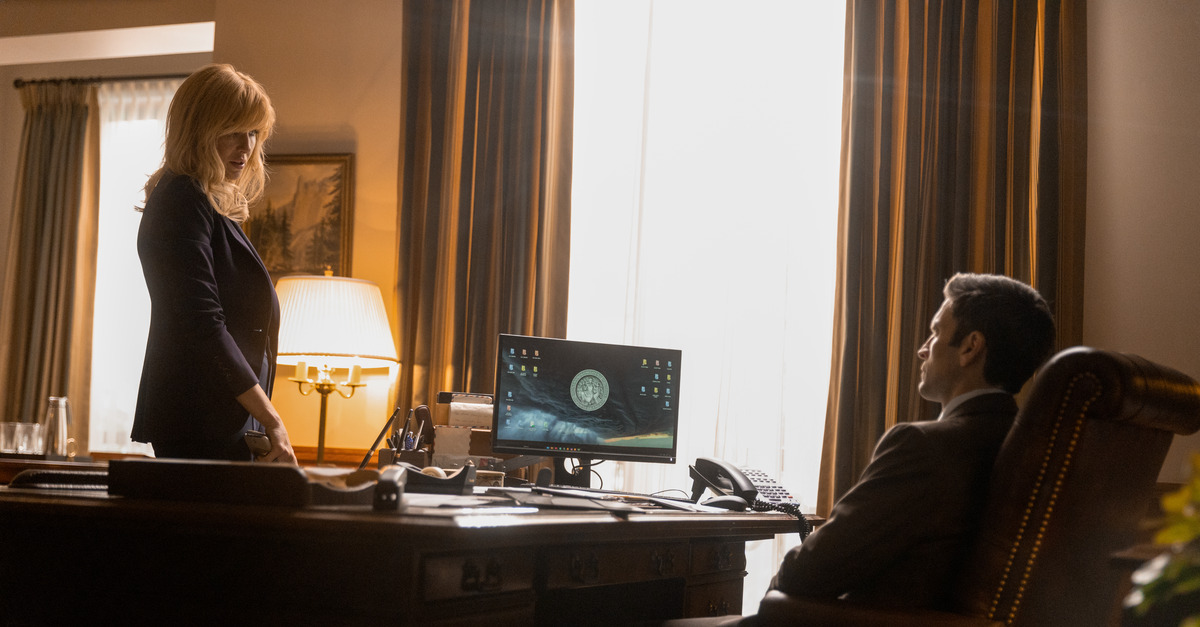 In the Governor’s office, Lynelle Perry tries to convince John that cutting the funding for the airport would instigate retaliation from market Equities. Jamie agrees with Perry and maintains that it is legally impossible for the Governor’s office to discard the lease agreement signed with market Equities. However, John insists on removing Market Equities from Montana and driving them back to their home state. Later, Beth threatens to reveal Jamie’s involvement in Garrett Randall’s death if he tries to undermine John’s authority. John asks his secretary, Clara, to set up a meeting with the County Commissioners to get approval for his decision to cut the funding for the airport.

At the ranch, Rip, and the ranch hands discover that the cattle have been killed and eaten by some wolves. Therefore, Rip instructs Ryan and Colby to hunt for the predators and kill them. Meanwhile, John makes a deal with the County Commissioners and formally announces the decision to cut the funding, causing turmoil in Market Equities. Caroline resorts to seeking the help of Sarah Atwood, a loan shark who specializes in handling complicated legal situations.

A flashback sequence shows a Young John Dutton confronting a builder dumping toxic waste into the river, killing his cattle. When the builder refused to stop his construction work, John sent his men to destroy the site and dumped the toxic material in the builder’s water supply, forcing him to retreat. In the present, John returns to his ranch and learns of his horse’s death. After spending the night in his log cabin, John prepares to face the consequences of his very first decision as Governor.

Yellowstone Season 5 Episode 2 Ending: Why Did Ryan and Colby Kill the Wolves? 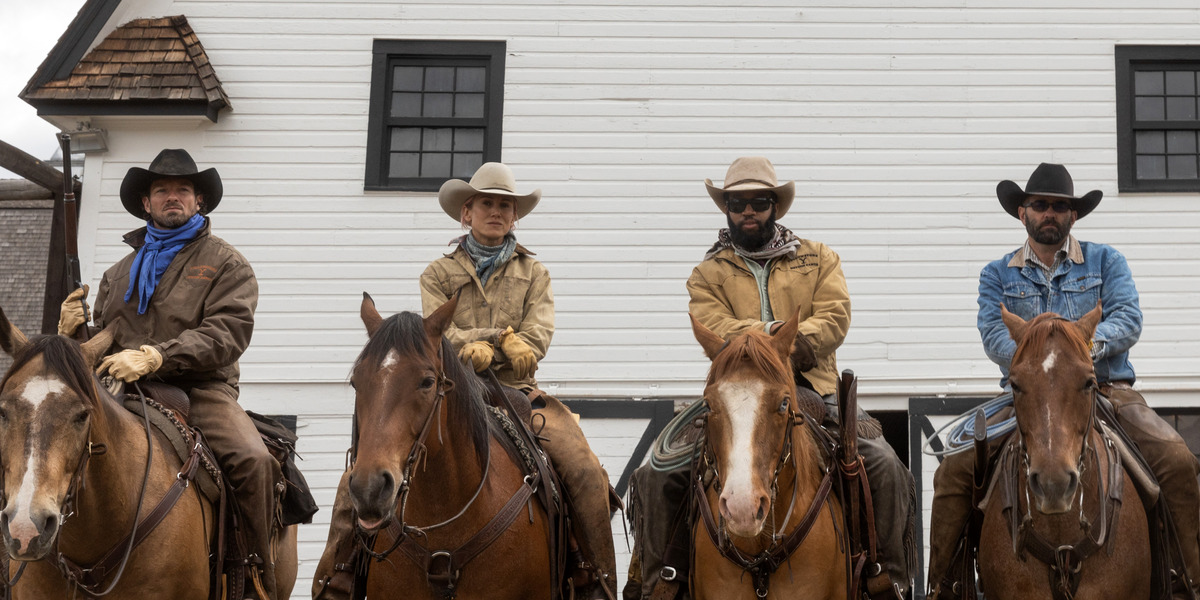 The tags confirm that the wolves are from the nearby National Park. Therefore, hunting the wolves is illegal and could land the duo in trouble. They carry the dead bodies to the ranch and seek Rip’s help in dealing with the situation. Ultimately, Rip dumps the wolves with the tags in the nearby river. However, one of the tags gets caught in the debris, implying that the ranch hands are not in the clear just yet. As a result, the tag may lead the National Park guards to the ranch landing Ryan and Colby in legal hot waters.

What Deal Does John Make With the County Commissioners?

In the episode, John doubles down on his decision to cut the funding for the airport. He decides to issue an executive order to put a stay on Market Equites’ lease on the land where the airport is being built. However, for the executive order to be upheld, John needs the votes of at least two members of the County Commissioners. John meets Ronnie and Kyle, two members who he can convince to join his side. During the meeting, John explains his decision to stop the airport construction. However, Ronnie and Kyle are concerned about the loss of revenue due to the airport plans being scrapped. 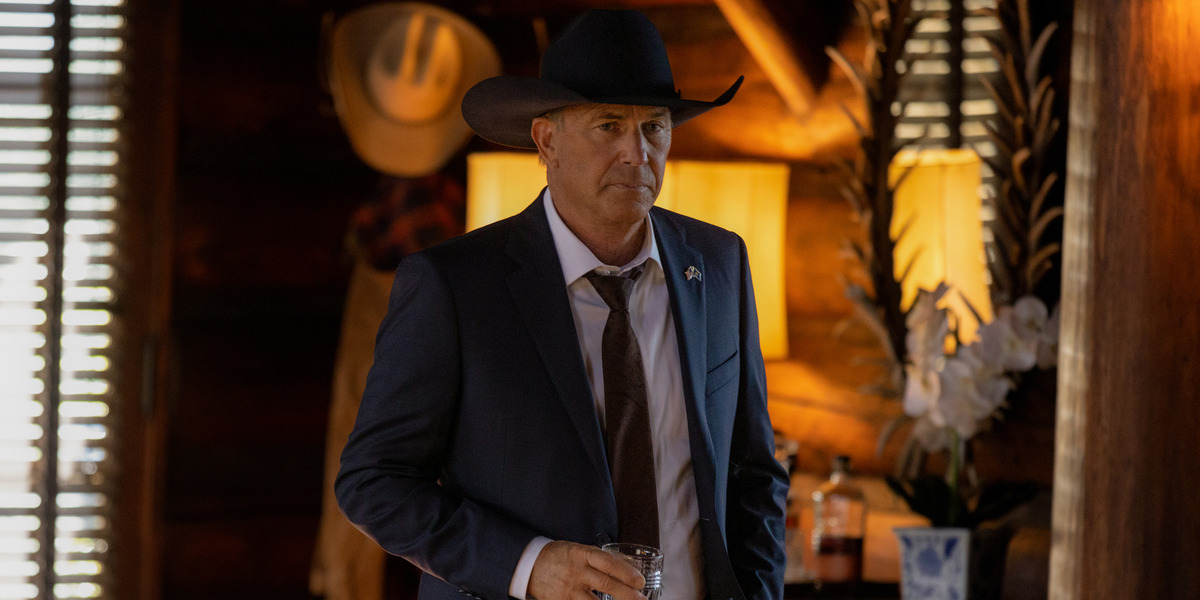 John reassures them that he will still double the income by heavily taxing the non-residents. He reiterates that the non-residents will oppose the decision affecting their political careers. John gives them their word, and Ronnie and Kyle agree to do as John says. With the duo’s support, John can stop Market Equities from rezoning the project and avoid civil litigation. Thus, he can temporarily save his land. John shrewdly deals with the County Commissioners, underlines his capability as a politician, and sets the tone for the season to continue exploring the socio-political issues in Montana.