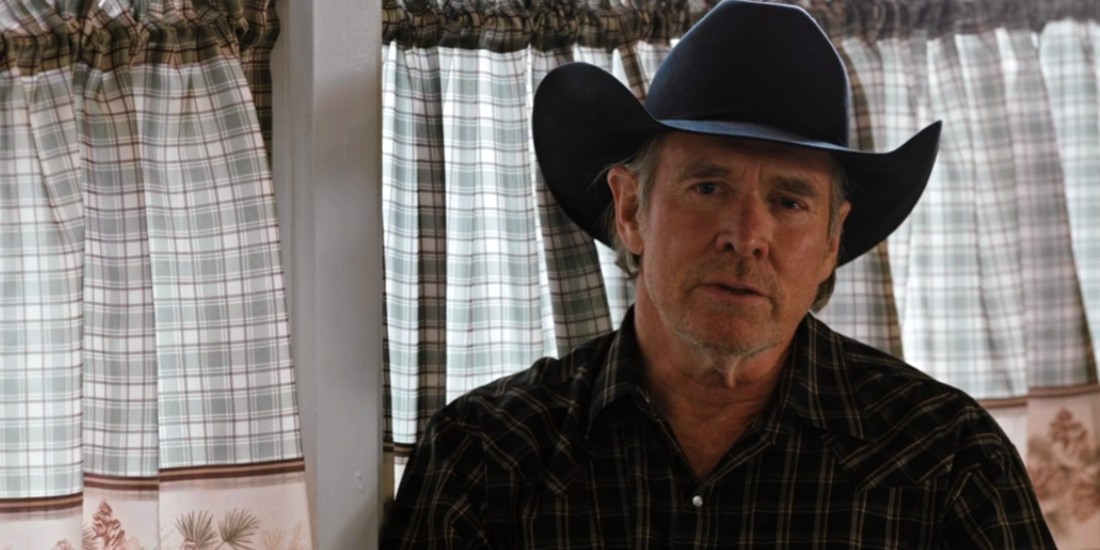 The fourth season finale of ‘Yellowstone‘ brings the storyline of the hit on the Duttons to a conclusion. Although Terell Riggins is believed to be behind the attacks, the actual perpetrator is revealed to be Garrett Randall (Will Patton), the biological father of Jamie Dutton. Viewers are well aware that the Duttons do not spare their enemies. Therefore, Garrett’s fate appears bleak from the start. Given the surprising developments surrounding the character in the season 4 finale, viewers must be wondering if actor Will Patton who plays the role, has exited the series. If you wish to learn whether Will Patton exited ‘Yellowstone,’ here is everything you need to know! SPOILERS AHED!

Is Garrett Randall Dead In Yellowstone?

In the sixth episode of ‘Yellowstone’ season 4, Jamie learns that Garrett is behind the attacks on the Duttons. Although he tries to keep this information under wraps, Beth finds the truth in the season finale. She learns of Jamie’s connection to Riggins and confronts her adopted brother. However, Jamie reveals that he had nothing to do with the attacks and it was all Garrett’s doing. Beth warns Jamie that Garrett will turn on him when he receives an opportunity. She insists that Garrett is merely using Jamie to get the Duttons’ land. She gives Jamie two options, both of which will result in his death sooner or later.

Jamie begs for his life, and Beth gives Jamie a third option. Jamie talks to Garrett before his father leaves the town. The conversation seemingly confirms Jamie’s suspicions that Garrett is simply using him. Consequently, Jamie shoots his father dead to save his own life. We also see Jamie carrying Garrett’s dead body to dispose of it. Thus, there is no doubt that Garrett is dead and his son is the one who took his life. In the end, Garrett’s own machinations prove to be his undoing, and he suffers a poetic death at the hands of the son he tried to manipulate.

Did Will Patton Leave Yellowstone?

Actor Will Patton is best known for playing the role of Captain Dan Weaver in ‘Falling Skies.’ He joined the cast of ‘Yellowstone’ during its third season, appearing as the long-estranged biological father of Jamie Dutton. Patton’s performance as the superficially charming and quietly menacing Garrett Randall is mesmerizing and makes for an unconventional foe to the Duttons. However, with the death of Garrett, it seems like Patton’s time on the show has come to a conclusion. Garrett serves as the principal antagonist of the fourth season. Therefore, his death delivers a fitting conclusion to the particular story arc of the Dutton family’s saga.

As a result, Patton has effectively exited the series with his character’s death and is not slated to appear in future episodes, especially in the fifth season. Fans of the actor’s performance need not be disheartened as viewers can also catch Patton in the Western mystery drama ‘Outer Range,’ among other projects. Therefore, fans can look forward to seeing more of the actor through his next gig. As far as the ‘Yellowstone’ universe is concerned, the death of Patton’s character is enough confirmation that his time on the show has ended. We will certainly remember Patton’s Garrett Randall as one of the most menacing threats the Duttons have faced.

Read More: Is Metallic Cat in Yellowstone a Real Horse? Who Owns It?