Netflix’s ‘1899‘ is a complex sci-fi psychological thriller that centers on a steamship, Kerberos, sailing from London to New York. In episode 5, we learn that Maura’s father might be responsible for the events on the ship. However, we still do not understand how or why he is doing this. Episode 6 delves deeper into this aspect while also focussing on the passengers’ trauma. So, here’s everything you need to know about episode 6 of ‘1899.’ SPOILERS AHEAD!

The episode follows two primary plots. First is how the surviving members try to get the ship running while fighting their trauma. Second, how Maura and Eyk try to uncover the mystery behind what’s happening on the ships. Besides these, Henry also makes an appearance and seems to hint at what’s happening through a philosophical monologue. The overall episode seems like we are getting closer to the end. But are we?

Tove’s Trauma and the Other Survivors

Captain Eyk splits the surviving passengers into groups to accomplish different tasks, to get the ship up and running. However, the passengers’ trauma and an unknown entity get in their way. First, Tove gets visions wherein her dark past is revealed. In her dream, a strange man points a gun at Krester as his parents stand beside him. The man says that Krester touched his son and stole his innocence. The statement implies that Krester is gay and had engaged in a sexual act with the man’s son. Tove tries to save her brother, but the man shoots Krester in the face before she can.

Following this, the man knocks Tove out and rapes her in the name of payback. While he is raping Tove, she gains consciousness, overpowers him, and kills him with a rock. The revelation helps us understand two important things. First, Tove got pregnant because of the man, and second, her mother wanted to ignore this fact and thus insisted that Tove’s baby was Christ’s blessing.

Meanwhile, Virginia Wilson stumbles upon a black material growing out of the ship’s walls. Out of curiosity, she touches the material, which latches onto her. Wilson starts to cough and feel sick as the material slowly grows on her. Lucien and Jérome talk in the steam room, and the former mentions how he’s getting what he deserves. Lucien reveals how he’s suffering from some disease in his brain that causes seizures. He also says that his purpose for going to the US is to see a doctor who can perform surgery and cure him. However, the chances are low because he’s never done surgery on any person while they were alive.

Elsewhere Ramiro and Tove’s father find a book in which a single sentence is written repeatedly on all pages. The sentence is, “May the coffee kick in before reality does.” The riddle seems like a convoluted way of saying that everything happening on the ship isn’t real. However, the bigger question is who has written the sentence and what’s the exact meaning behind it.

Maura and Eyk go to Henry’s hospital to search for the boy and find some answers. When the two enter the hospital, Maura tells Eyk she grew up in the hospital, which looks different from how she remembers it. Maura also talks about her mother, who suffered from mental health issues. According to Maura, Henry hated his children because every time she gave birth to a child, her mental health got worse. So, he performed various experiments and treatments on her to get her back, but he never could. 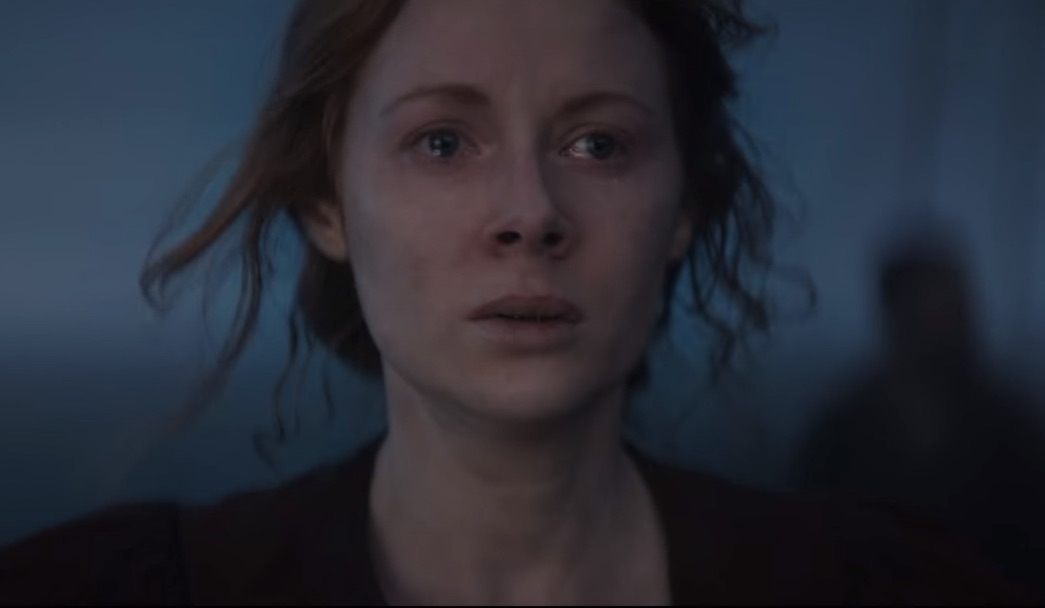 Maura concludes that whatever they face stems from his inability to cure her mother. As Maura and Eyk walk around the place, the former is increasingly bothered by how the place feels different. She then points out that her father’s office used to be at a specific part of the hospital, but now there are only walls. Maura further elaborates that her father might be trying to manipulate her.

Soon, Eyk and Maura discover there’s a black metal behind the wall, and the former says it looks like the ship’s hull. It becomes evident that Henry might be toying with Maura and other passengers aboard Kerberos. When Eyk and Maura are about to leave the place, they meet Daniel, who carries his remote device. Eyk immediately gets hostile to him and points a gun toward him. Before anything can happen between them, Daniel slides a few buttons and makes Eyk disappear.

Maura is shocked at what transpires before her, and now she points the gun at Daniel. The latter seems desperate, and with sadness in his eyes, he tells Maura that he’s her husband. He further says that the two have been married for 12 years. However, Maura doesn’t believe him and locks him in the mental ward. Eyk’s disappearance makes us wonder where Eyk is. This is revealed at the end of the episode.

Henry’s Philosophy and the Ships

As all these events occur on the ship, the first mate cuts away from other people. He then enters the same cabinet where the boy reappears and transports himself. In a later scene, the first mate goes to meet Henry, who tells him they need the boy and his small pyramid to ensure the success of Project Kerberos. While we do not understand the exact meaning of these words, it seems obvious that Henry wants to accomplish something very specific with the ships and Maura.

We also see him share a philosophy about how people only need to shift their perspective a little if they want to see reality. However, as humans, the passengers cannot do that because they are driven by baseless emotions. The philosophy hints that all passengers aboard Kerberos might be in some form of simulation, and everything they see is a part of it.

Before the episode ends, we see another revelation that leaves us dumbfounded. Eyk gets up and seems to be in a wrecked ship. Looking out the window, he sees numerous other wrecked vessels around him. When we look at the visual and a few dialogues from characters such as Daniel and the boy, it leads us to conclude that everything happening aboard Kerberos has happened before with other ships. Furthermore, all these ships might be a part of the simulation too. However, we still do not know Henry’s motives, which will give us the complete picture of what’s happening and why.