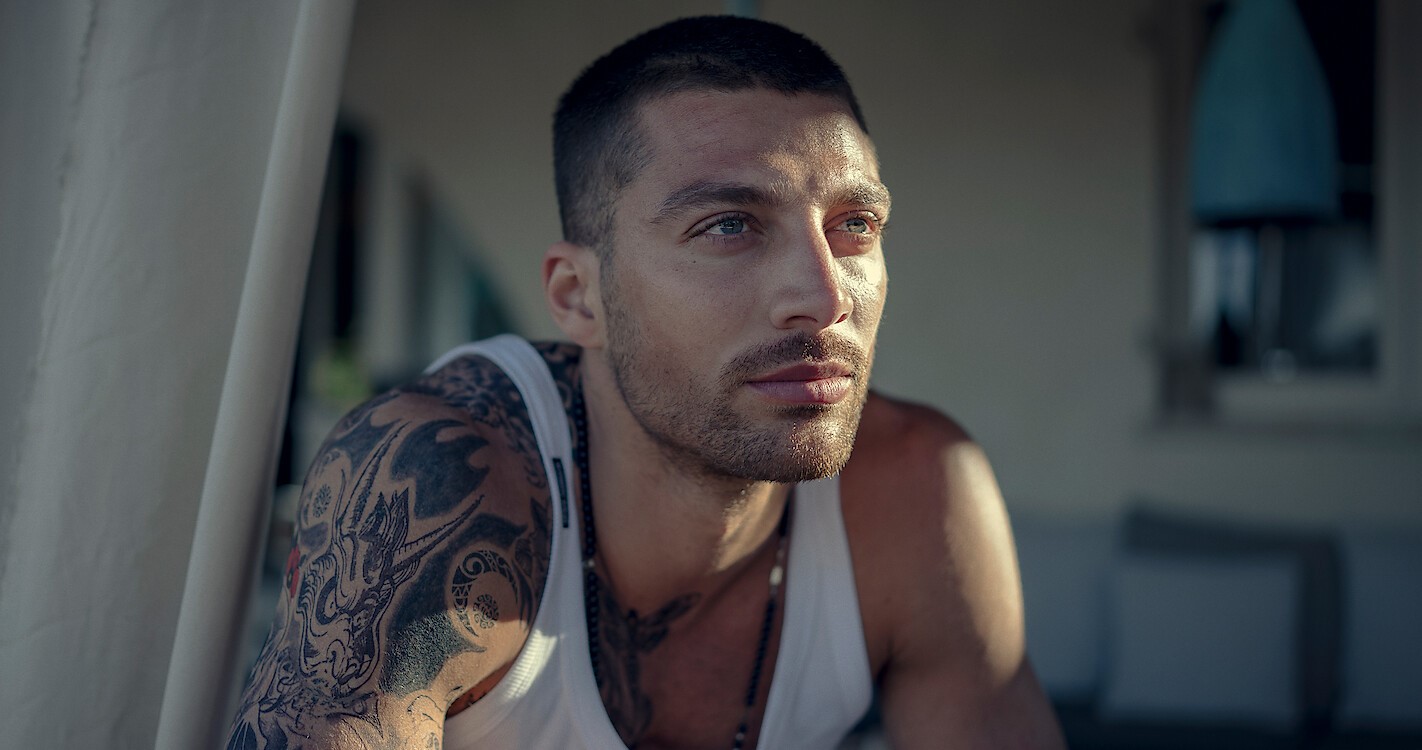 Although the first film drew much criticism for its depiction of sexual violence and glorification of mafia life, it was massively popular. While certain things have tempered down in the sequel, sex is still an integral part of the narrative. The sex scenes are steamy, brilliantly shot, and contribute to the plot. Most importantly, they are memorable and can set the audience’s mind into overdrive.

The first sex scene happens right at the beginning of the film. Massimo and Laura are about to get married. They are in their respective wedding dresses and aren’t supposed to see each other. But Massimo is a new-age mafia boss; tradition means little to him. Soon, he puts his beautiful fiancée on a table and proceeds to set the tone of the film. However, they are interrupted by Laura’s friend Olga’s (Magdalena Lamparska) indignant shouts. As Massimo leaves, he tells her that she can join them the next time if she wants.

9. In the Bathroom (Olga and Domenico)

It is revealed that a secret relationship has developed between Olga and Massimo’s lieutenant Domenico (Otar Saralidze), and it’s much less volatile than the one between the two main characters. The scene in question happens not long after Massimo and Laura have returned from their honeymoon. The latter walks into Olga’s room and finds her best friend having sex with one of her husband’s most trusted men. Domenico is a genuinely nice guy for a mobster, and Laura couldn’t be happier for her friend.

8. Assumption of Infidelity (Adriano and Anna)

Troubles begin to brew in Massimo and Laura’s marriage when the latter thinks she sees her husband with his former girlfriend, Anna (Natasza Urbańska). She follows them to a room and catches them having sex. Hurt and enraged, Laura decides to leave her husband. Outside, she runs into Nacho (Simone Susinna) and decides to go with him. It is only later that she learns it wasn’t her husband that she saw with Anna but his identical twin brother Adriano.

The first sex scene between Massimo and Laura during their honeymoon deserves its own ranking, and it gets that. This one mainly encompasses various other moments of intimacy that these two characters share during their holiday. They ride horses, frolic completely nude in the ocean, share kisses on the beach, and have sex in the pool.

6. Cream and Raspberries (Olga and Domenico)

As Massimo and Laura return from their honeymoon, they are welcomed by a surprising sight. Olga and Domenico are perched on a table, and the latter is covered in cream, which they both are consuming with raspberries. After being caught, Domenico can’t be more embarrassed. After all, Massimo is his boss. In contrast, Olga declares that she is in love.

5. Dream of Intimacy (Laura and Nacho)

4. By the Fireplace (Massimo and Laura)

This scene takes place shortly after Massimo and Laura’s return from the honeymoon. On Olga’s suggestion, Laura tries to do something that she knows her husband will like. She combines thigh-high stockings with see-through black lingerie before appearing in front of her husband. They have their desired effect, and a passionate night filled with carnal pleasure ensues.

As Laura believes that her marriage with Massimo is all but over, she finds a new man in Nacho. She initially comes with him because she needs some space to think, but surrounded by the natural beauty of the Mediterranean, she seems to become genuinely fond of the man, realizing that passion doesn’t need to be accompanied by abuse and control. They watch a movie together as Laura deals with her issues. Soon, she falls asleep in Nacho’s arms. Later that night, he wakes her up, and they make love.

2. Flip the Script (Massimo and Laura)

Right after arriving at their honeymoon destination, Laura ties Massimo’s hands up with her white stockings. This scene flips — albeit briefly — the dynamic that these two characters have in the bedroom. Massimo is the dominant one in their relationship. But in this scene, he is forced to watch her silently while she pleasures herself. When she gives him permission to make love to her, he pounces on her like a lion.

Massimo senses that Laura is unhappy with the boredom of the life of a mob wife and buys her a clothing company as a Christmas present. Wondering what to give a man who has virtually everything, Laura eventually decides on submission. This scene takes place in Massimo’s sex dungeon, and the celebrating spouses employ all the tools available there in pursuit of pleasure.