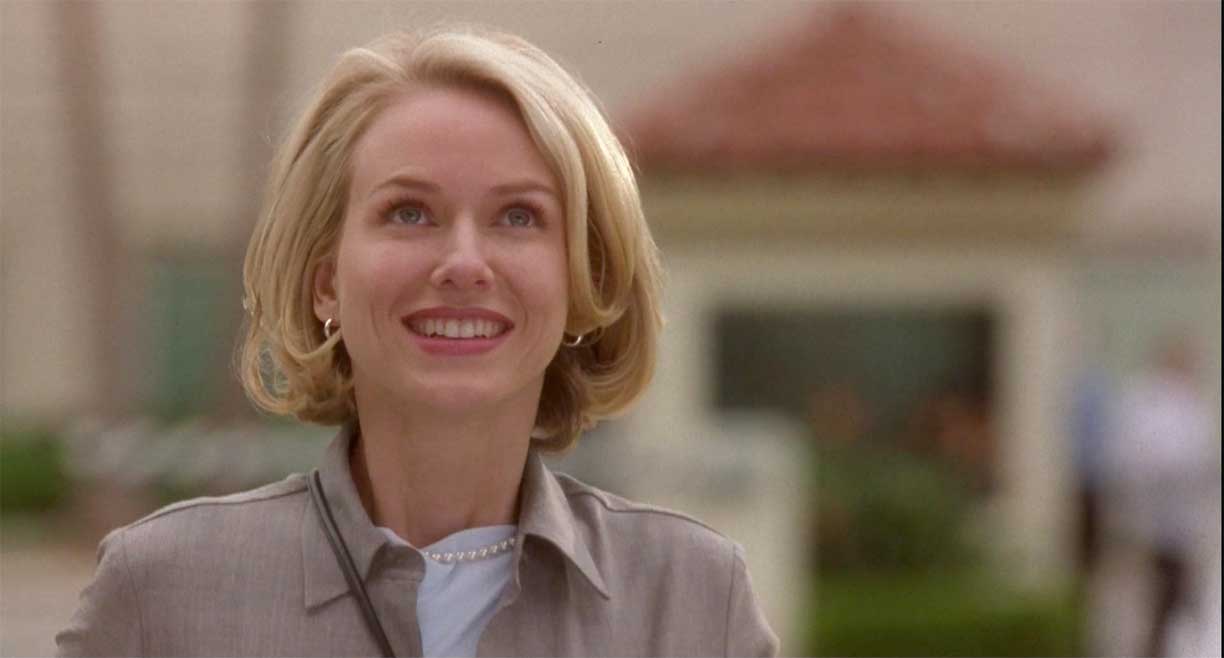 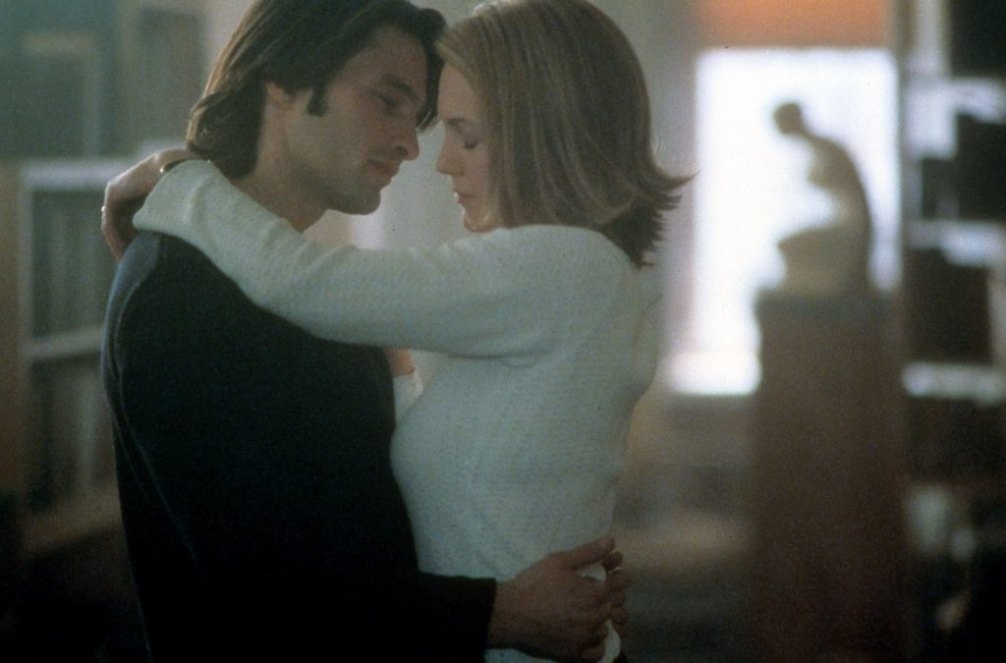 Perhaps not the most aesthetically striking erotic thriller ever made. But to tell you the truth, I’ve always had a soft spot for ‘Unfaithful’. And that’s probably because Diane Lane is incredibly hot in the film and delivers a staggering performance that to this day remains widely underappreciated. The film tells the story of a married woman, Connie, who happens to meet a younger, attractive man one day, while shopping. After injuring her knees, the young man offers to treat her at his apartment, where things get a little uncomfortable for Connie when she discovers his true intentions. However, their equation soon changes when Connie calls him up again and later visits his house. They develop a tumultuous sexual relationship and meet often at the man’s house where they make passionate love everytime. 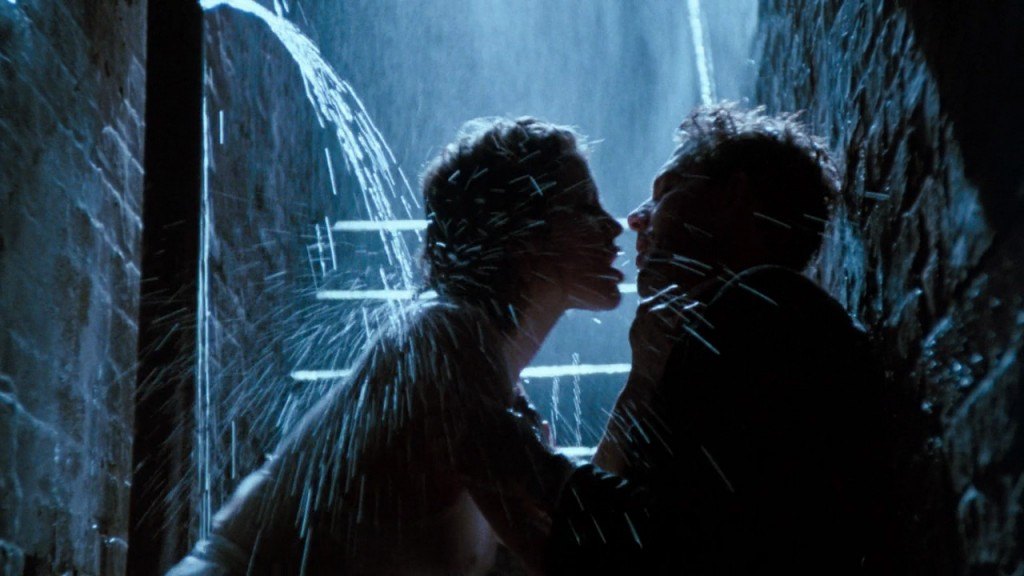 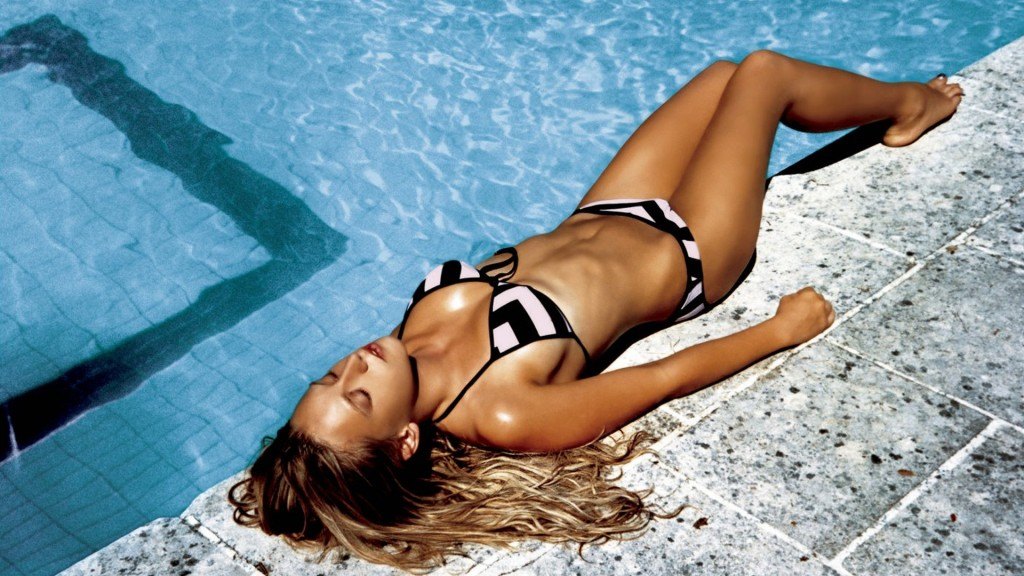 This Francois Ozon mystery revolves around a displaced British author, Sarah Morton. Tired of London and seeking inspiration for her new novel, she accepts an offer from her publisher John Bosload to stay at his home in Luberon. But her peace is interrupted by the arrival of an attractive young woman named Julie. Sarah’s prim and steely English reserve is jarred by Julie’s reckless, sexually charged lifestyle. When a dead body turns up in the pool house, things get even trickier. It is a film that’s equally playful and mysterious. 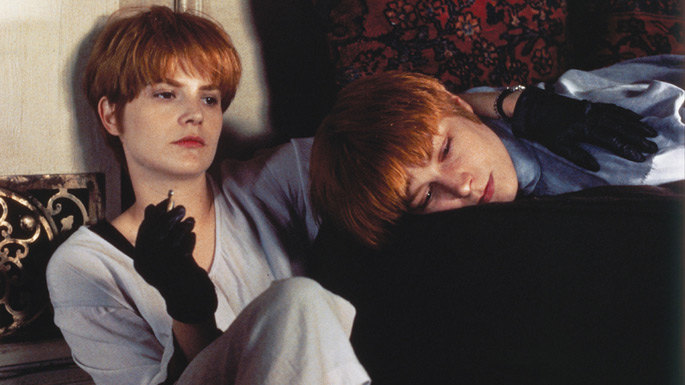 Staying with a roommate can be enormous fun. You can borrow stuffs and share things. But what if the roommate starts borrowing things that are not supposed to be shared without asking — stuff like your boyfriend, or your life! ‘Single White Female’, or ‘SWF’, as it appears on the newspaper advertisements, is a formulaic Hollywood thriller with some great performances, especially Jennifer Jason Leigh as the psychotic roommate Hedy who makes life hell for Bridget Fonda’s character Allie. The creepiness hits the ceiling when Hedy goes through a makeover to look just like Allie.

To witness how a film grows under your skin as you watch it unfold, you will have to give ‘I am Love’ a try. What begins as an innocuous family drama turns into a sordid passionate thriller. There comes a moment somewhere in the middle of the film, which despite being predictable, will hit you like a ton of bricks just due to the sheer manner in which it’s been portrayed onscreen. Revealing anything about the story would be a dampener for those who would go on to see it; therefore, to keep it short, the film is about a wealthy lady seeking freedom from her insipid family duties, which arrives in the form of a passionate love affair. The film’s ability to keep you guessing, and its tremendous visual style will bowl you over. 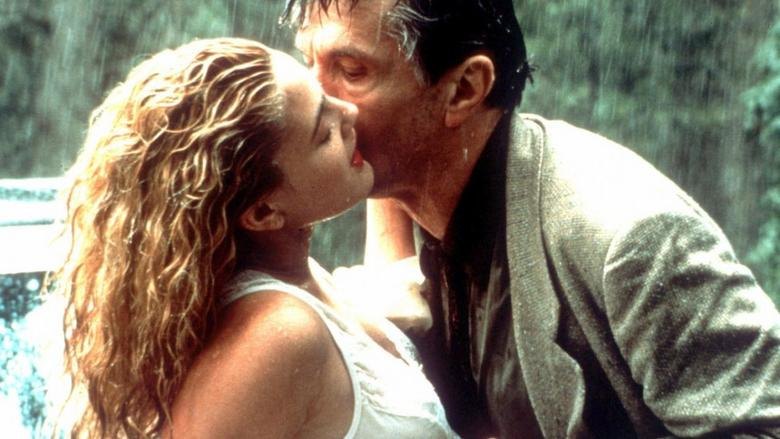 Poison Ivy is a plant known for causing painful rashes and itches to the person coming in presence of it. Now think about a person who causes harm to anyone coming to his/her presence. Drew Barrymore’s Ivy is of that league. An innocent looking femme fatale creates mayhem in a family of a father, mother and daughter by seducing the dad, bumping off the mother and replacing the daughter, all at once. The surprise of the movie is Drew Barrymore, who sheds her image of a happy-go-lucky girl and plays a teen seductress akin to Stanley Kubrick’s provocative ’Lolita’. Eventually, it’s her act that makes the movie immensely watchable. After all, ‘What Ivy wants, Ivy gets!’ 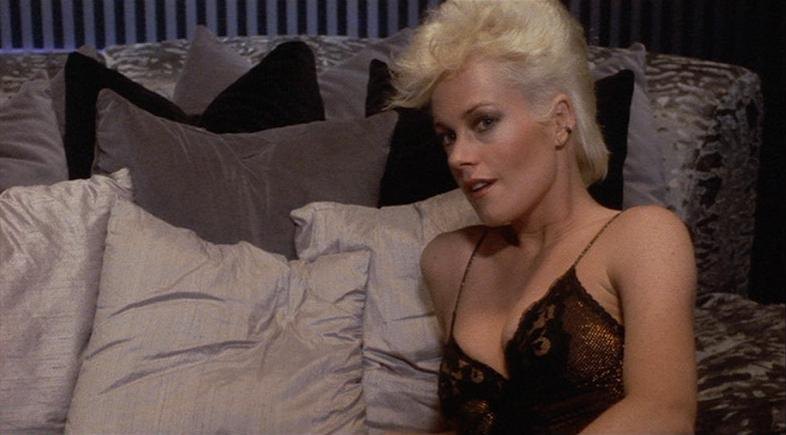 Brian De Palma is obviously king of this genre. Here he pays homage to the iconic Alfred Hitchcock movies like ‘Vertigo’ and ‘Rear Window’. ‘Body Double’ is the story of a struggling actor whose obsession with spying on a beautiful woman who lives nearby leads to a baffling series of events with drastic consequences. It is a film that you may easily forget but is greatly enjoyable till it lasts. What’s the term for that? Ah.. guilty pleasure. 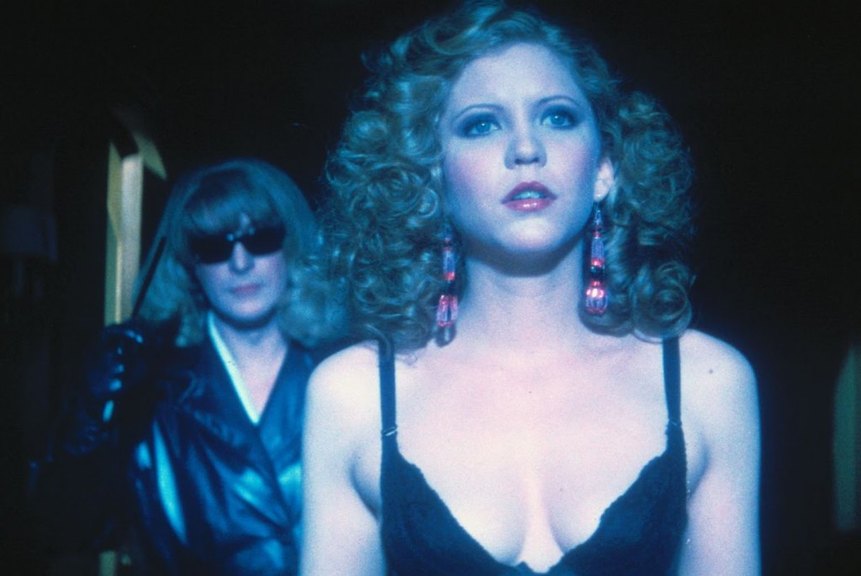 Brian De Palma directs this murder mystery with great visual panache, and gets great performances from his cast, particularly Michael Caine who gives his usual fine performance in a surprising and difficult role. ‘Dressed to Kill’ is a violent, gory, memorable thriller with many surprises and exciting plot twists. De Palma doesn’t shy away from using B-movie techniques as long as it is effective. 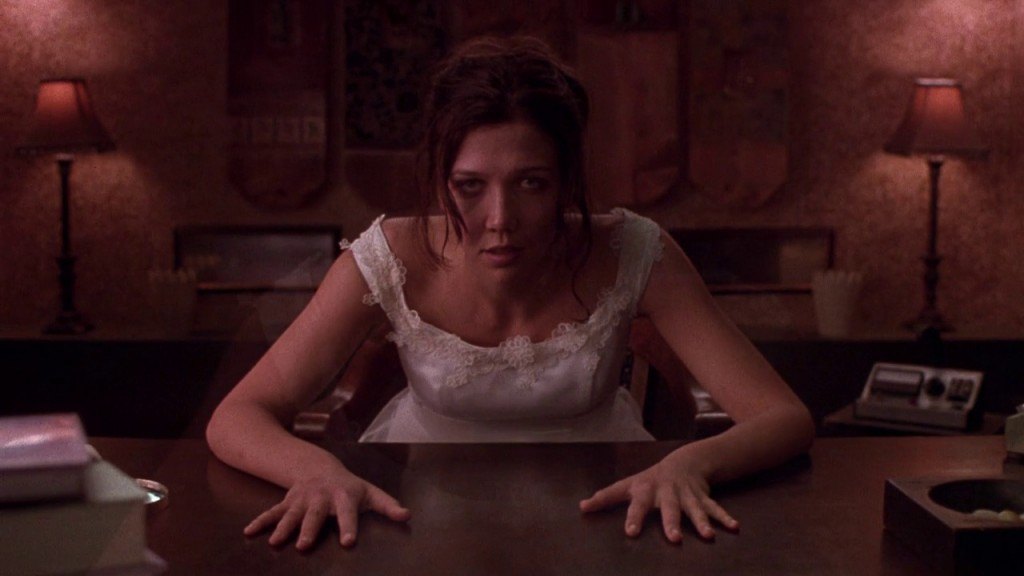 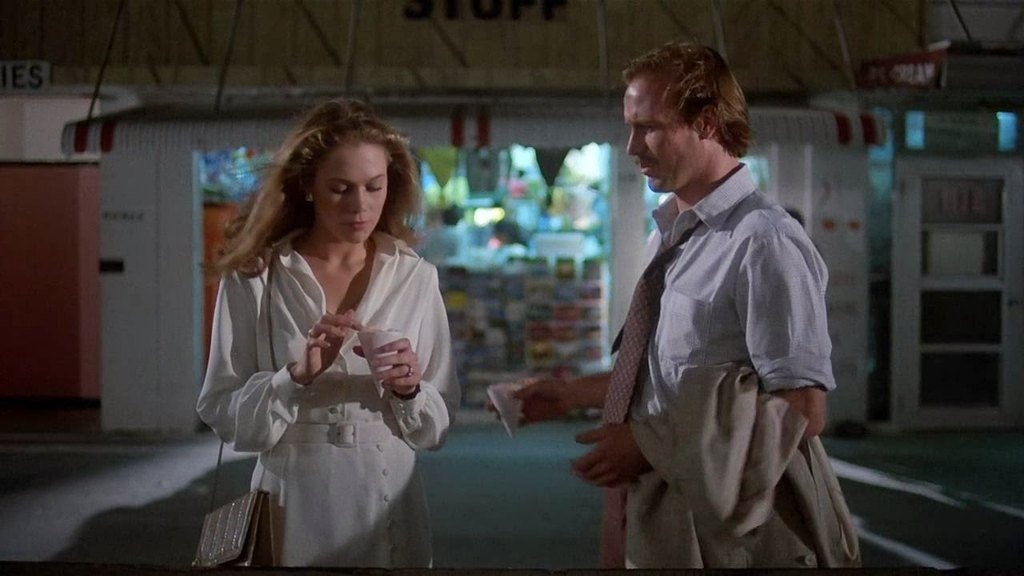 Lawrence Kasdan’s first directorial effort is a throwback to the early days of film noir. The scene is a beastly hot Florida coastal town, where a naive attorney, Ned, is entranced by the alluring Matty (Kathleen Turner in her film debut). Ned is manipulated into killing Matty’s much older husband (Richard Crenna), the plan being that Ned’s knowledge of legal matters will enable both the conspirators to escape scot-free. But obviously, things don’t go as planned. 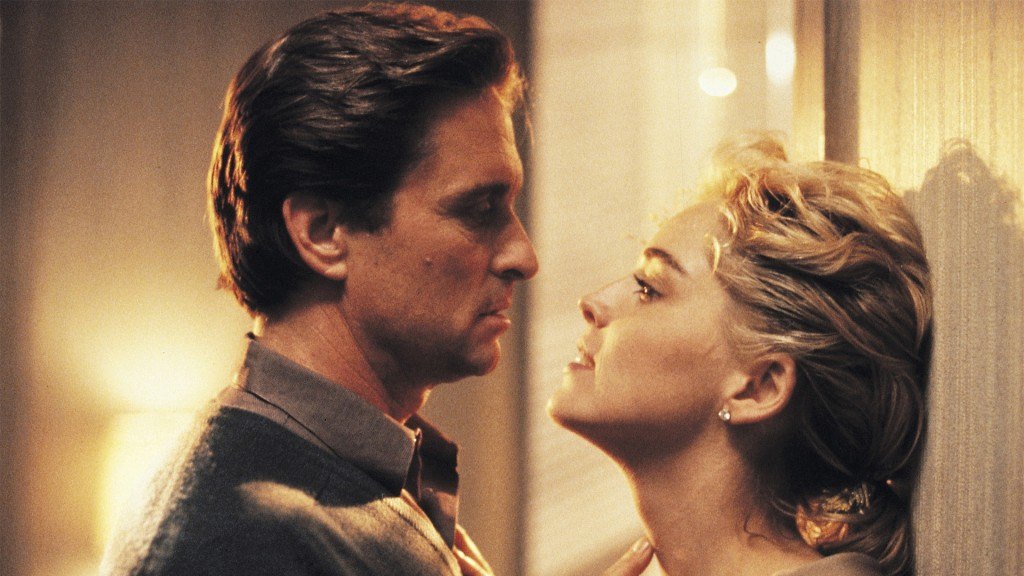 A violent, suspended police detective investigates a brutal murder, in which a manipulative and seductive woman could be involved. ‘Basic Instinct’ is famous for Sharon Stone‘s leg-crossing scene, but that doesn’t mean that the film itself is not good. Without going too overboard, let’s just say that the film keeps you hooked till its climax (that’s masterfully left open-ended). 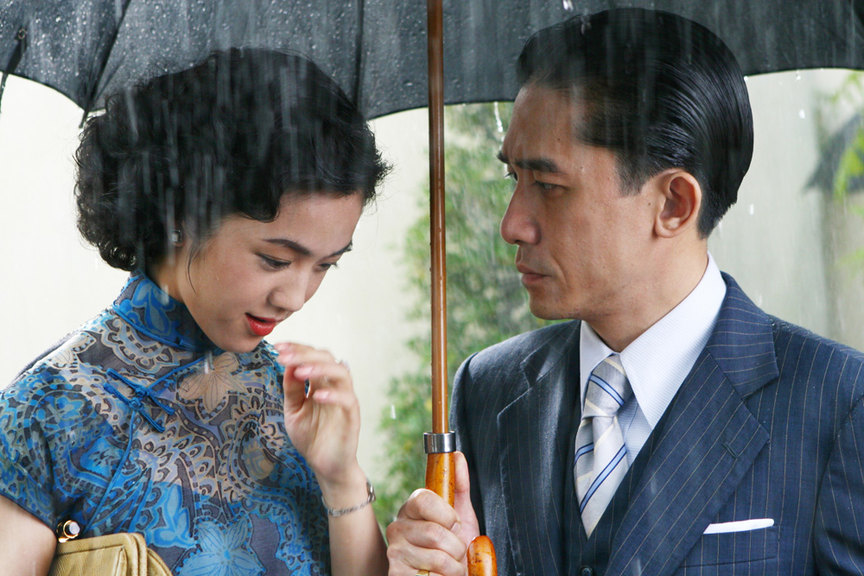 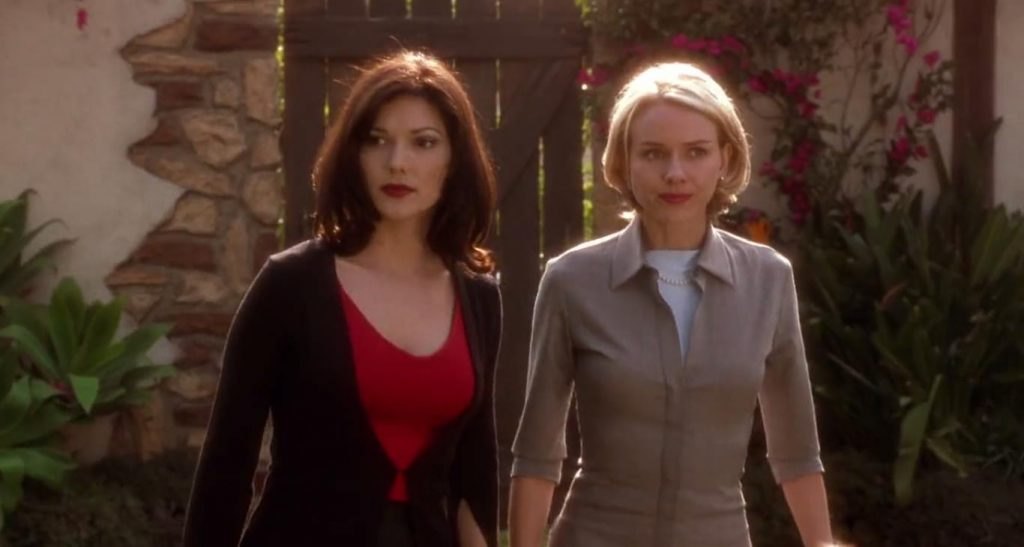 Lynch masterfully subverts the viewers’ expectations in the second half, as he turns what looked like a formulaic mystery thriller to a gorgeously frightening erotic nightmare. Several critics, experts and cinephiles have come up with a number of theories in order to analyze and explain the deep, underlying thematic and philosophical meaning of the film, but the truth is, it is impossible to come up with a solid conclusion that explains the infinite mysteries of the film. And that is the hallmark of great art. Lynch himself has refrained from providing any clue that could possibly explain the events of the film.

I see ‘Mulholland Drive’ as a devastating love story. The first half of the film is like the dream of a broken lover who longs to be a person she could never be. Perhaps, Diane (Named Betty in the dream) wished she had met her lover, Camilla in a different time and under different circumstances. She longed to be Camilla’s saviour and so desperately wanted to be her protector. And it’s sad to think that her worst nightmare was, in fact, her own life itself. Diane is truly a metaphor for a life of broken dreams. 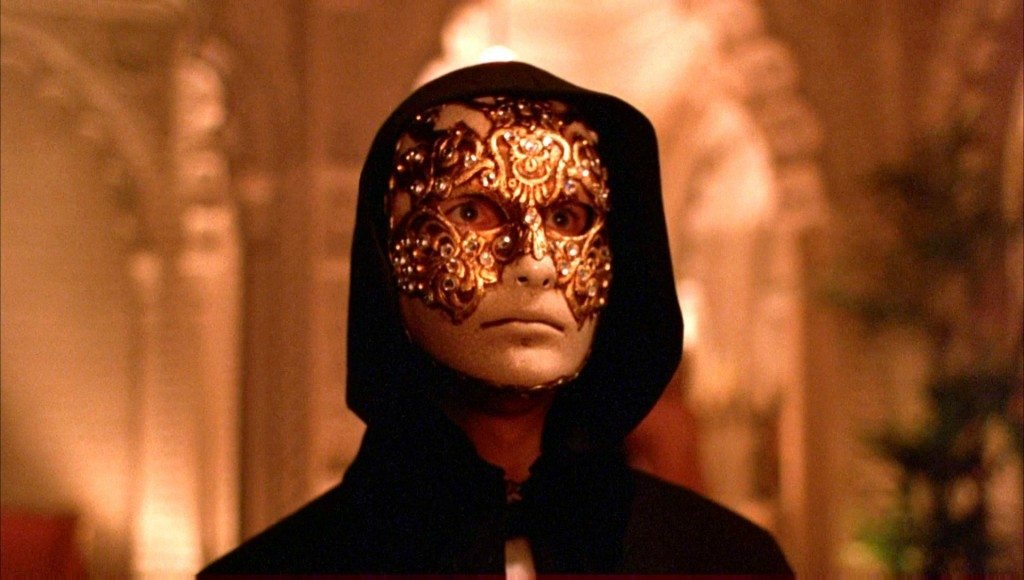 Yes, it is a little strange to see a Kubrick film on this list. But there is no denying that ‘Eyes Wide Shut’ has a fair amount of eroticism in it. While the film surely has themes that are complex in nature, it has a thrilling element of surprise where as audiences we don’t know what to expect next. Its dream-like narrative fueled by stunning visual detail, a bravura performance from Nicole Kidman and a masterful use of Ligeti’s music lend the film the ability to compel the audience to get lost in it, and believe me, it is hard to recover.

When I first saw ‘Eyes Wide Shut’ I thought it was one of Kubrick’s weakest films, although I was in awe of its craft at several points. Something about the film didn’t quite hit me, as a complete experience. But upon repeat viewings, I found it to be one of the most brutal explorations of male ego and sexual frustration. Tom Cruise‘s character is more of an archetype; it’s a horrifying portrayal of a man’s disturbed inner psyche. Bill took his wife for granted in many ways, but the night when she confesses that she fantasized about a man she once met on a vacation, he is shattered. He then goes on a journey during which he discovers his true, ugly self that he could never confront in his whole life.

Tom Cruise is wonderful in the lead role, and delivers one of his best performances, but the highlight of the film is, undoubtedly, Nicole Kidman. At the hands of a lesser capable actress, the character of Alice would have seemed extremely cliched, which certainly would have affected the overall experience of the film. But Kidman slips into Kubrick’s world and elevates the film to a different level altogether.