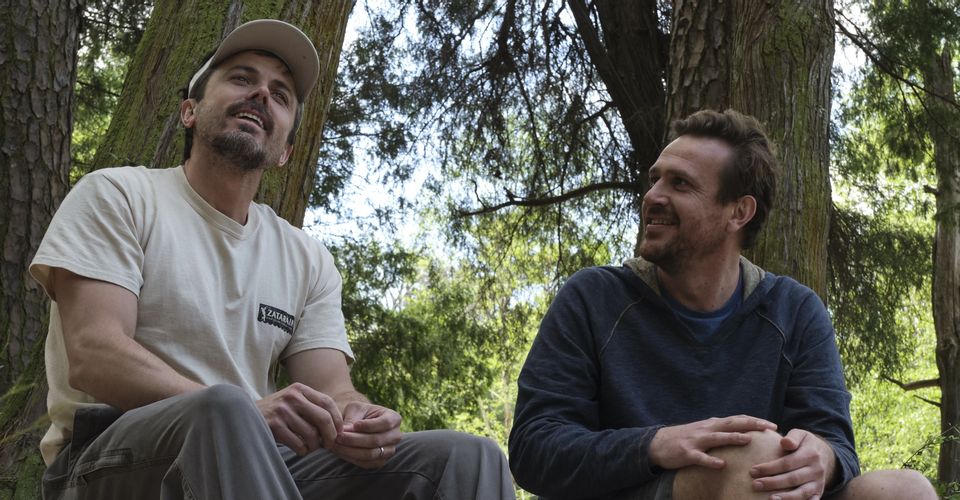 In Gabriela Cowperthwaite’s ‘Our Friend,’ based on an incredible true story, one man puts his whole life on hold to help out his best friends in their time of need. Jason Segel plays Dane, an aimless drifter who finds renewed purpose in taking care of his married friends’ family when one of the friends gets diagnosed with terminal cancer. Dakota Johnson and Casey Affleck play the married friends, Nicole and Matt, who share two daughters and welcome the steady help and unflinching support of Dane as he moves in with them during Nicole’s last days.

It’s a regular tearjerker that tells a moving story of true friendship, human kindness, and love in the face of grief. We love such films because they make us feel the feels and help us get in touch with our emotional side. And that’s a good thing once in a while. Here’s a list of movies that bring on the waterworks and will require you to have a box of tissues close by. You can watch most of these films like ‘Our Friend’ on Netflix, Hulu, or Amazon Prime. 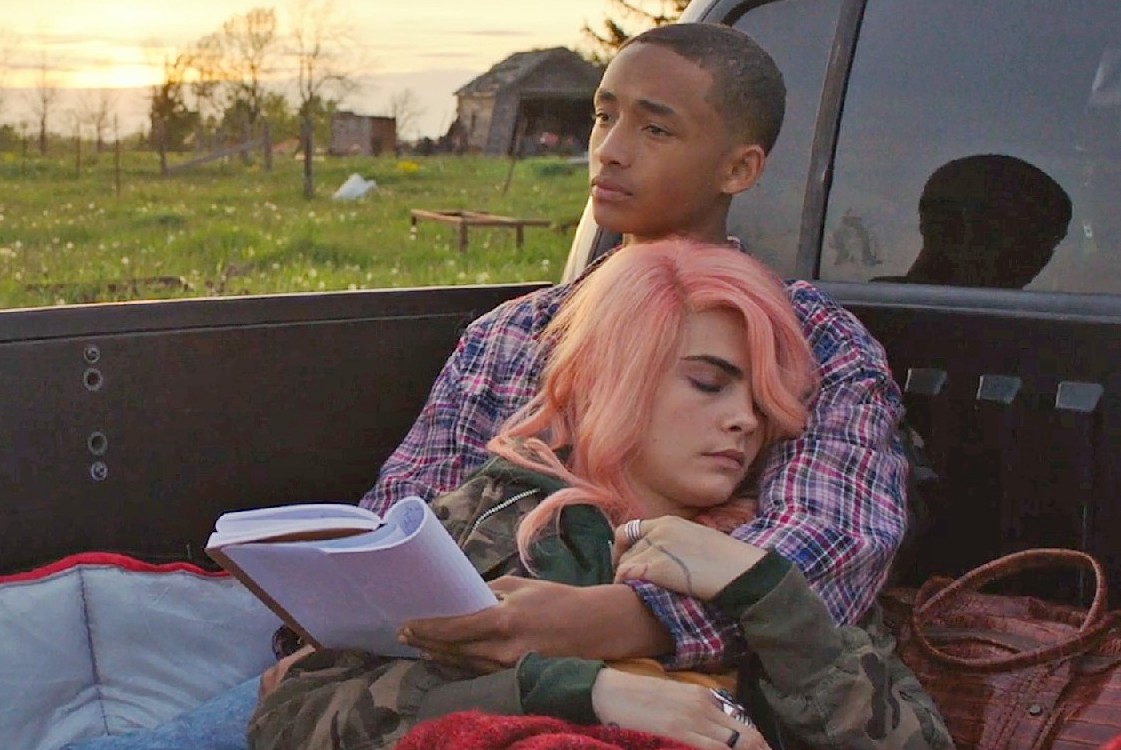 Jaden Smith plays 17-year-old Daryn, who plans to provide a lifetime’s worth of experiences to his dying girlfriend, all of them squeezed into the one year she has left to live. ‘Life in a Year’ is a warm and sweet new-age ‘A Walk To Remember,’ and definitely worth a one-time watch.

Like how Nicole has a whole list of things she wants to do before dying in ‘Our Friend,’ Daryn also has a special to-do list that he wants to complete with Isabelle before cancer takes her in ‘Life in a Year.’ Most terminal illness films have this tried and tested trope because it reflects reality. Most people who find that their days are numbered tend to try and achieve everything they ever wanted to do in life within the limited time they have left. 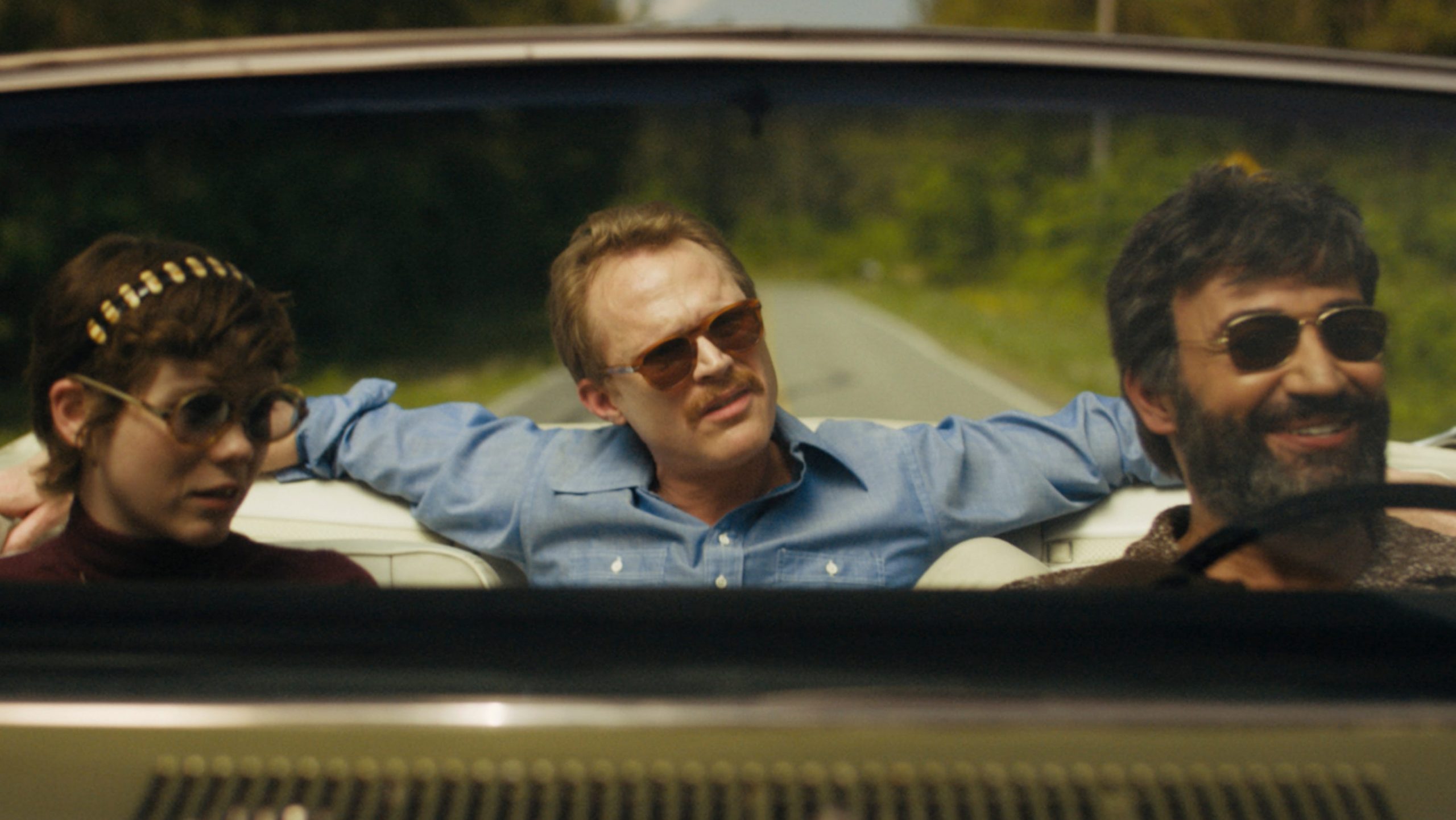 Paul Bettany stars in and as ‘Uncle Frank,’ a coming-of-age and coming-to-terms family drama set in the 1960s. A naive college girl finds out her cool uncle is gay and accompanies him on a road trip home to attend the funeral of their family’s homophobic patriarch. Frank’s conventional Southern folks come to terms with his sexuality as he himself comes to terms with his mixed-up feelings about losing a father who never had kind words to say to him. Frank’s relationship with his niece is similar to Dane’s equation with Matt’s and Nicole’s daughters in ‘Our Friend.’ 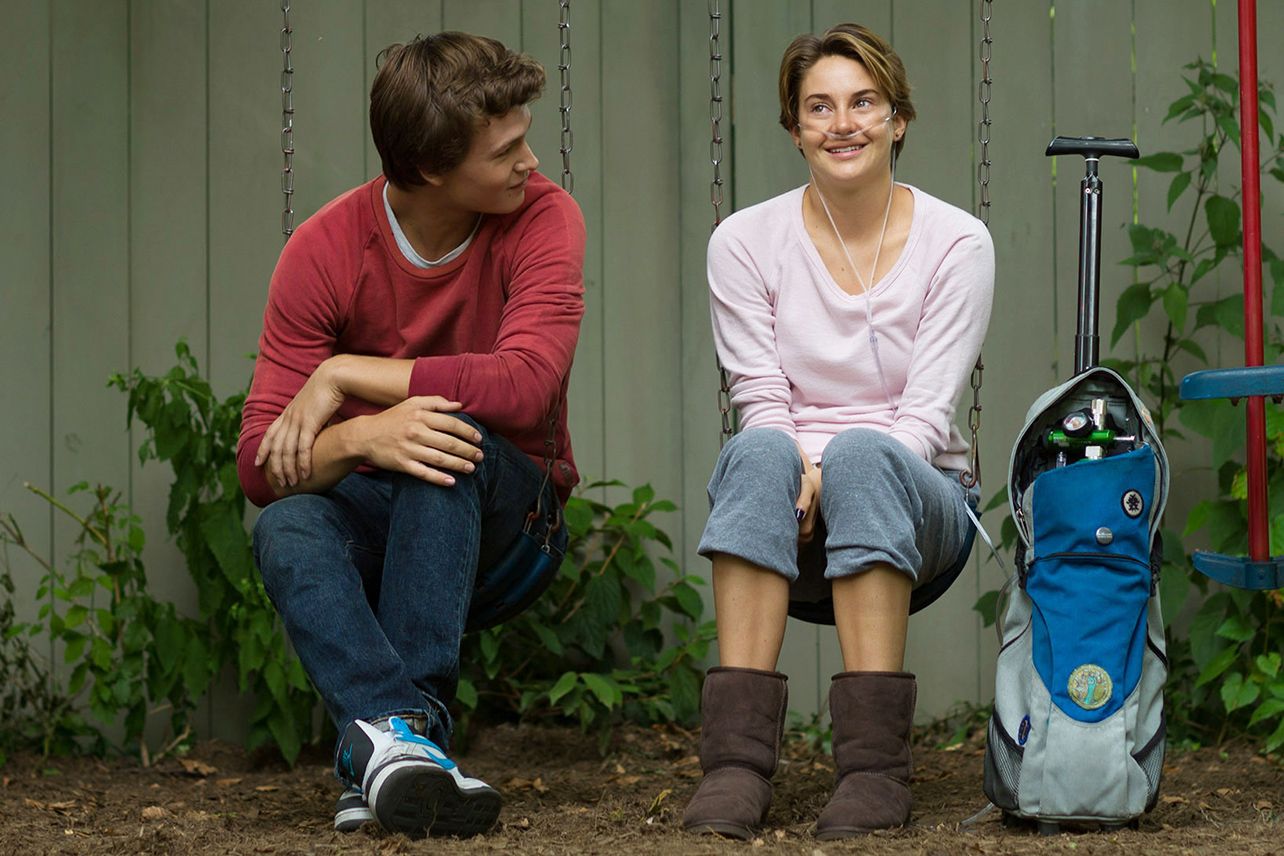 You cannot have a list of good tearjerker films that does not feature ‘The Fault in Our Stars’ on it. Shailene Woodley and Ansel Elgort star as Hazel and Augustus, two cancer-stricken teens who meet in a support group and fall in love as one falls asleep, “slowly, and then all at once.” Hazel’s worry about what will happen to her family after she’s gone is quite similar to the dilemma Nicole feels in ‘Our Friend,’ once she finds out she doesn’t have much time left with her loved ones. Trust our word, ‘The Fault in Our Stars‘ is worth multiple watches, but John Green’s book is even better. 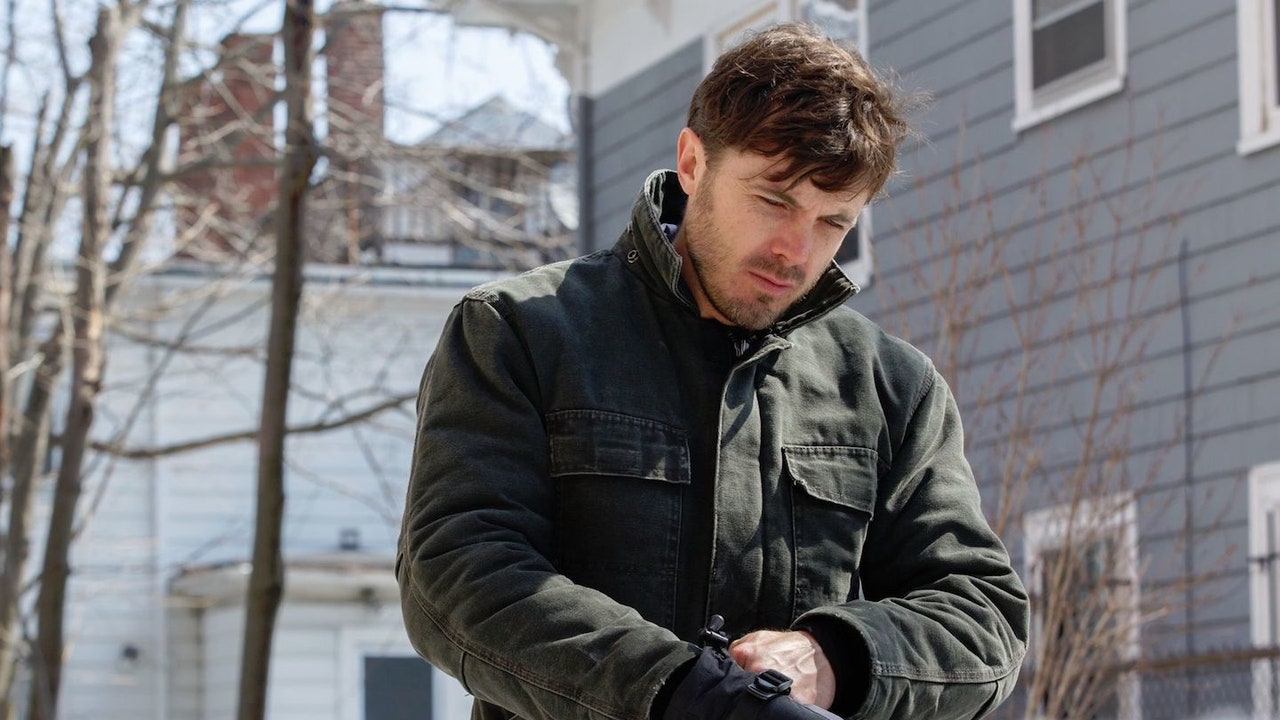 Casey Affleck, portraying a depressive, soulful Lee Chandler, is forced to return to his hometown and confront his past when he becomes the legal guardian of his dead brother’s 16-year-old son, Patrick. ‘Manchester by the Sea‘ packs a powerful emotional punch that earned Affleck an Academy Award for Best Actor, and the film was also nominated for the Best Picture. How the film deals with loss, grief, and acceptance is reflective of the basic premise and themes of ‘Our Friend.’ Both movies have a way of finding humor in difficult situations, making the audience laugh and cry simultaneously. 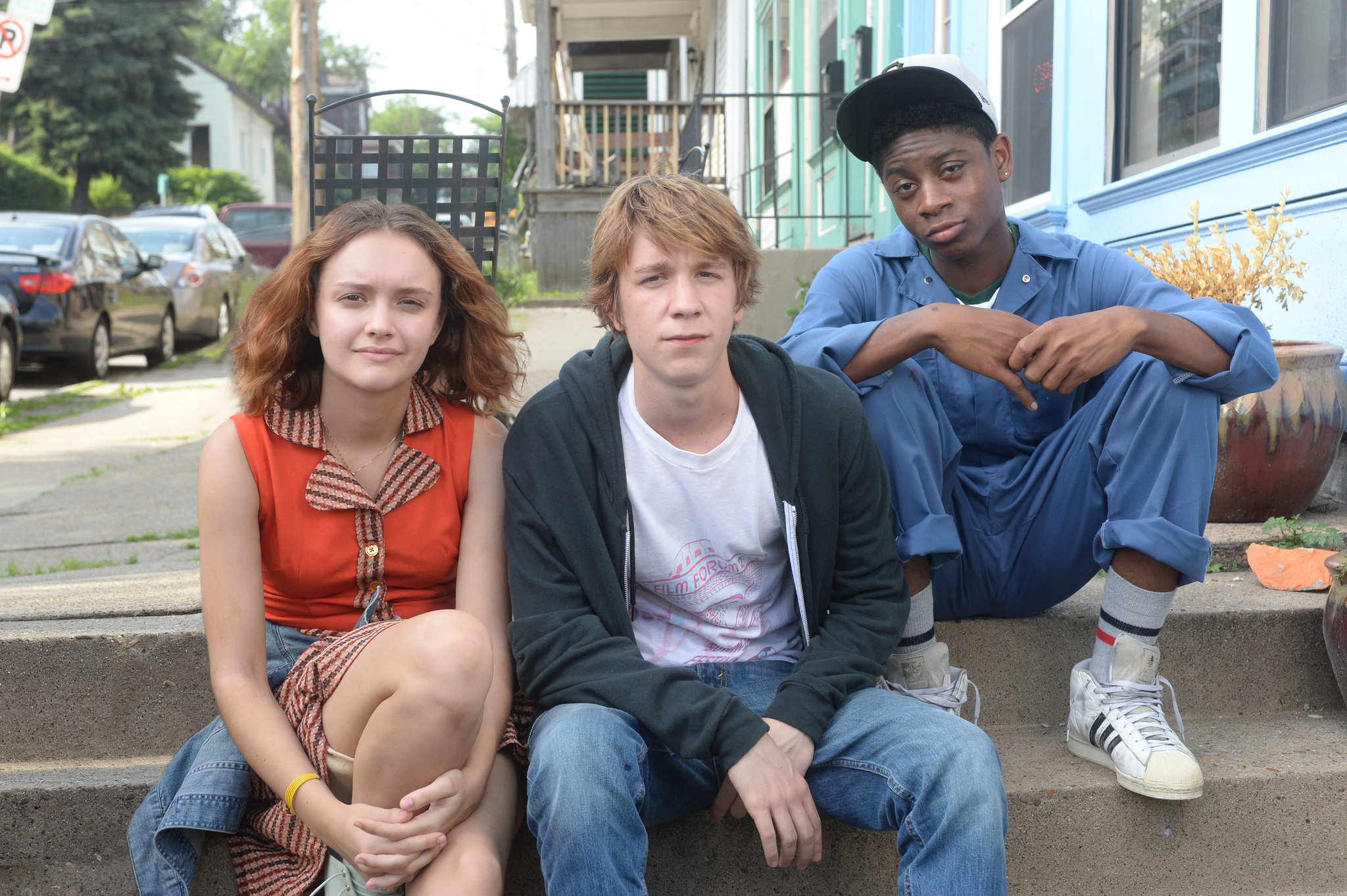 A criminally under-watched gem, ‘Me and Earl and the Dying Girl’ is a funny, heartfelt, and poignant tale of undying friendship. This touching teen dramedy follows the story of a socially awkward high-schooler and his best friend/filmmaking colleague as they become friends with a terminally ill girl who balks at the barest hint of sentimentality. Like ‘Our Friend,’ ‘Me and Earl and the Dying Girl’ also explores themes of selfless friendship that makes people live for each other. As far as emotionally moving films go, this one’s a keeper.