‘Mixtape’ is a coming-of-age comedy-drama that centers around young Beverly, who finds an old mixtape that belonged to her late parents. After hearing the eclectic music on it, Beverly is compelled to track down all the songs on the titular tape, giving her a newfound understanding of her parents. The film balances the delicate emotional nuances and coming-of-age story with the frantic rock-and-roll tracks that make up its soundtrack, making for a fun movie that doesn’t get too heavy.

If you enjoyed the bombastic music and the young protagonist’s journey of discovery in the film, we’ve got a few more recommendations that are equally stirring. You can watch most of these movies similar to ‘Mixtape’ on Netflix, Hulu, or Amazon Prime.

This film follows the story of young Evan Taylor, who adopts the stage name “August Rush” and continues his talented musical journey in the hopes of someday being reunited with his parents. Given up for adoption as a baby, Evan grows up with extraordinary musical talents that eventually help bring him closer to the family he once lost. The themes of music and family are beautifully entwined in ‘August Rush,’ just like they are in ‘Mixtape.’

Based on the graphic novel series ‘Scott Pilgrim’ by Bryan Lee O’Malley, this film takes young romances and coming-of-age to a whole new level. When the titular youngster falls in love with Ramona, he realizes that he must fight her seven evil ex-boyfriends before he can be with her. Though the plotline is decidedly different from ‘Mixtape,’ the host of quirky characters, young emotions, and explosive soundtrack are very much at the same level, if not better!

When Troy and Gabriella try out for the lead parts of their high school musical, the entire student body of the school splinters into groups that are either for or against them. The film’s central protagonists weave an inspiring story through all the ups and downs, even while competing against high school diva Sharpay Evans and her twin brother for the lead roles. Once again, like in ‘Mixtape,’ the combination of coming-of-age drama and musical energy makes for a wildly entertaining movie. 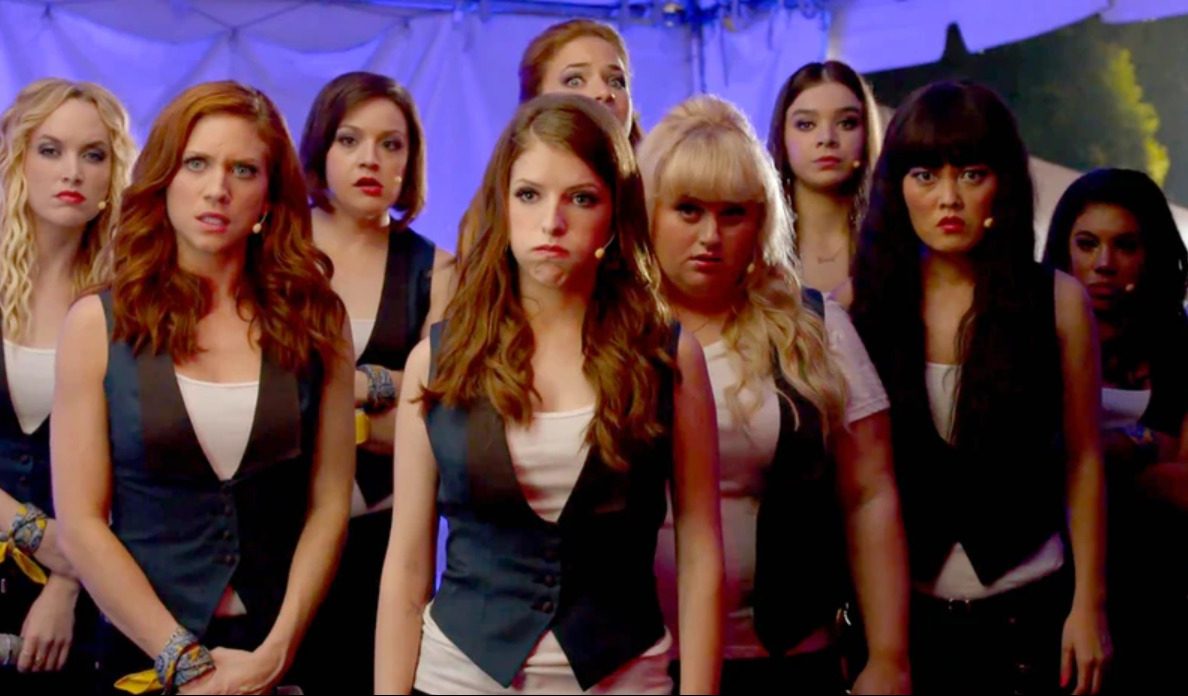 Arguably better than its predecessor (which is a rare occurrence for sequels!), ‘Pitch Perfect 2’ brings back the fiery Barden University Bellas, an all-female a cappella singing group. This time around, they compete against a German group in a world singing championship, raising the stakes significantly.

The young group of singers and their emotional journeys, along with the energy of the bombastic soundtrack, will give fans of ‘Mixtape’ a lot to like. An added bonus? This film has an incredible list of cameos that include Barack and Michelle Obama (through archived footage), Snoop Dogg, and many others!

17-year-old Violet dreams of escaping her broken home and derelict surroundings using the gift of music and spends her days dreaming of pop stardom. When she gets a callback from a singing competition that could change her life, the young singer is forced to make some unlikely alliances and also make peace with her overbearing mother. The intimate family dynamics on display in ‘Teen Spirit’ are reminiscent of Beverly and her grandmother in ‘Mixtape,’ making it a great follow-up if you’re craving more music-driven drama.

Jack Black stars as Dewey Finn, a struggling musician who bluffs his way into becoming the substitute music teacher of a prestigious school. Through his signature quirky style, Black’s character imparts important life lessons and musical inspiration to his young students, making for a wholesome narrative that also features some genuinely head-banging rock music.

Interestingly, Dewey seems to share the musical tastes of Beverly’s late parents, and the eclectic soundtrack alone makes ‘School of Rock’ worth a watch. However, there is also a lot more to the film, and its emotional core, like in ‘Mixtape,’ gives it some serious heart.

Read More: Does Beverly Find All the Songs at the End of Mixtape? Why is She Looking for Songs?