‘Worth’ (originally titled ‘What is Life Worth’) is a biographical drama that centers around Kenneth Feinberg, the attorney tasked with overseeing the compensation of victims of 9/11 and their families. The film follows his arduous assignment in detail, exploring the moral dilemmas and extreme public pressure from having to put a monetary value on human lives. If you found the story intriguing and are craving more films that center around such emotional and weighty issues and the people that tackle them, we have some very worthy suggestions. You can find most of these movies similar to ‘Worth’ on Netflix, Hulu, or Amazon Prime. 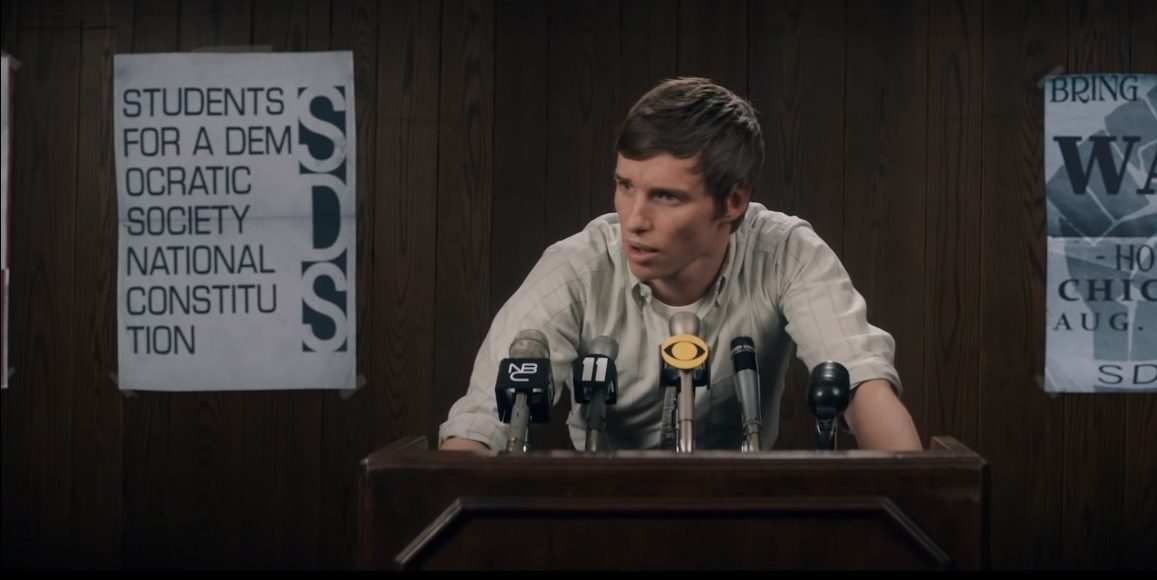 The story of how seven anti-war protestors were put on trial for conspiracy and inciting a riot at the 1968 Democratic National Convention, ‘The Trial of the Chicago 7’ puts forward some very fundamental questions about the functioning of a democracy. The anti-Vietnam protestors are put on trial, but Aaron Sorkin’s film, through its tense courtroom drama, actually turns the lens on the system itself and examines aspects about protest and free speech that are as relevant now as they were in the 1960s. Like ‘Worth,’ this film goes to the core of the role of government and the values and powers that the citizens that elect it hold. 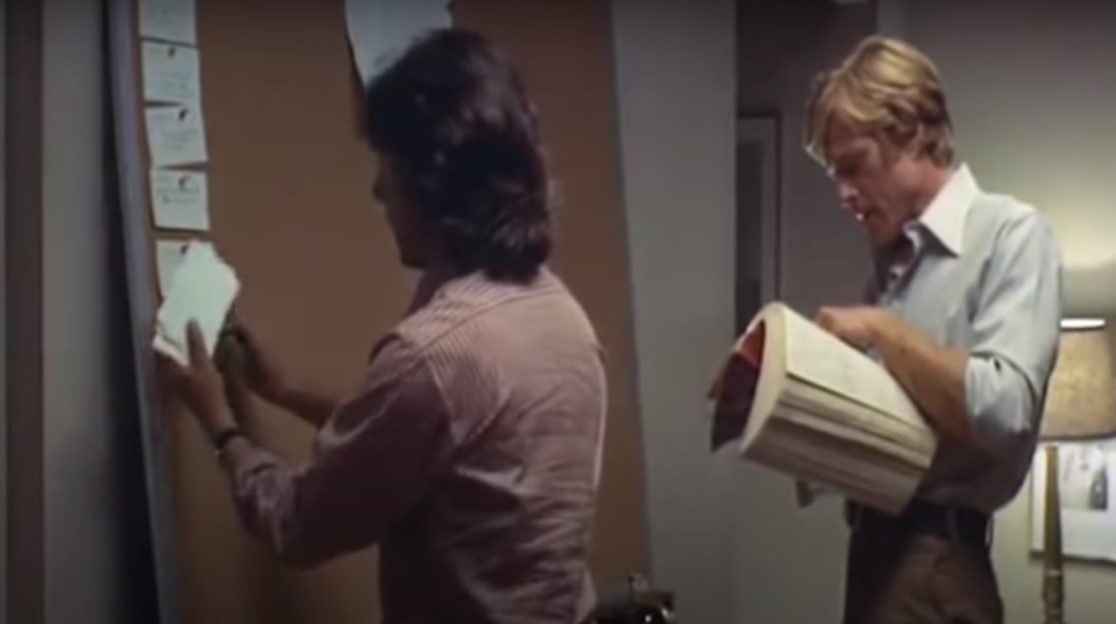 Two dogged journalists continue to investigate an attempted burglary at the Democratic Party Headquarters despite warnings against doing so. What they uncover eventually became widely known as the Watergate Scandal, which ultimately led to President Nixon’s resignation. A tense biographical drama based on the non-fiction book of the same name by Carl Bernstein and Bob Woodward (who are the two journalists in question), this film, like ‘Worth,’ takes viewers deep into one of the most tumultuous times in the history of the country and reveals the people that were at the center of it. 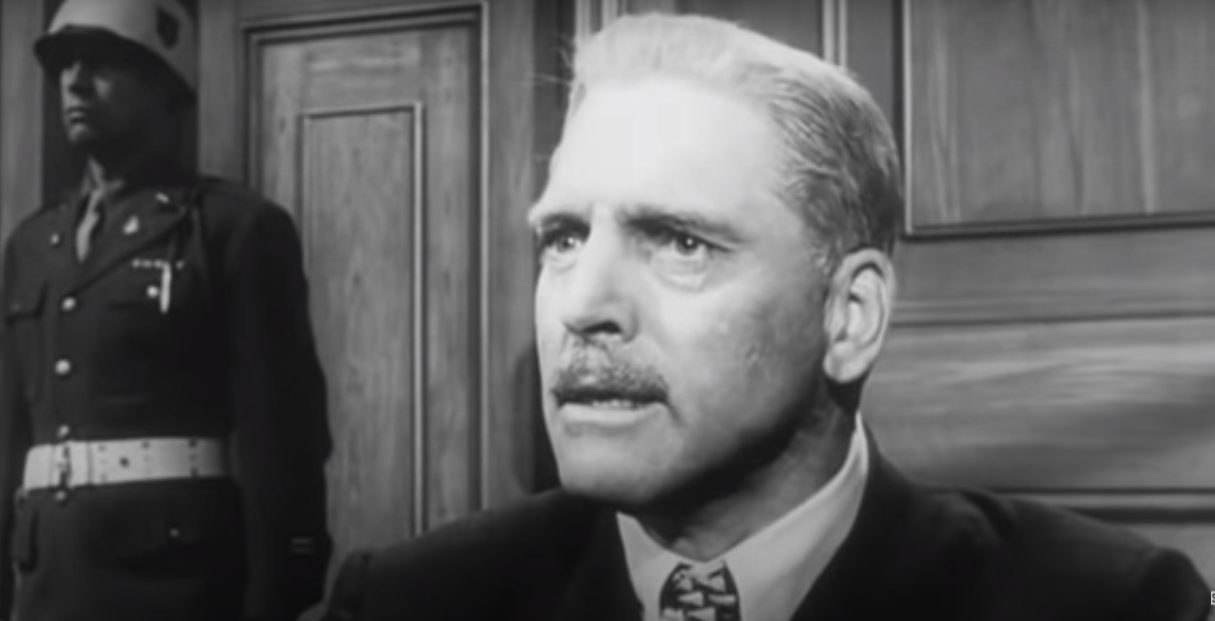 Based on the historic trial held by the U.S. Army for captured Nazi war criminals in Nuremberg, this film focuses on the military tribunals of four such Nazis and walks a fine line with its weighty subject. Passing judgment on war criminals — who are, at the end of the day, human — makes for a tale loaded with philosophical, cultural, and political context. Just as ‘Worth’ is set in the devastating aftermath of 9/11 and records minutely the “human aspect” of the tragedy, ‘Judgement at Nuremberg’ does the same by magnifying a particularly nuanced case in the aftermath of World War 2.

Arguably one of the best 9/11 films made, ‘United 93’ is a biographical drama centered around the crew and passengers of United Airlines Flight 93, which was hijacked by terrorists in an attempt to fly it into the U.S. Capitol building. The film uses original audio recordings from the incident as it portrays the heroic nature of those onboard, which eventually led the plot to be foiled and the flight crashing in a field in Pennsylvania instead of hitting its intended target. If a detailed and accurate look at the people who became the unwitting center of 9/11 is what you’re after, then ‘United 93’ is as good as ‘Worth’ in conveying some truly dramatic, real-life stories.

‘Marshall’ is a biographical drama based on Thurgood Marshall, the first African American Supreme Court Justice. The film follows one of his earlier cases, during his time as an NAACP attorney who fights cases for wrongfully accused persons of color. The case (the State of Connecticut v. Joseph Spell) is a particularly convoluted one surrounding the alleged rape of an employer by her chauffeur, and the film masterfully portrays all the socio-political intricacies and racial context of the proceedings. In much the same way that ‘Worth’ paints its central character using the extraordinary circumstances that surround him, ‘Marshall’ does the same with the historic figure of Thurgood Marshall.

This explosive biographical drama is based on a series of stories done by the investigative journalists of the Boston Globe newspaper, which helped uncover a decades-long effort by the Catholic church to shield priests from charges of sexual abuse. The story earned The Boston Globe a Pulitzer Prize, and the film based on the story went on to win the 2015 Best Picture Academy Award. The truly memorable ensemble cast includes Michael Keaton and Stanley Tucci, who also play central roles in ‘Worth.’ Like it, ‘Spotlight‘ paints a deep and layered picture of a tragedy and the long-term damage it inflicts on scores of people.

Read More: Are Worth’s Charles Wolf and Camille Biros Based on Real People?