‘The Guilty‘ is a thriller set within the confines of an LAPD 911 response center. Relegated to manning the phones after committing a serious offense, officer Joe Baylor (Jake Gyllenhaal) finds himself increasingly bored. That is until he gets a call from Emily Lighton, who claims to be in the van she is being kidnapped in. The police officer is instantly launched into a frantic sequence of phone calls through which he attempts to save the victim.

Through the process of saving Emily, Joe is forced to confront his own dark past. Director Antoine Fuqua’s taut thriller is narrated almost exclusively from the central character’s perspective, and much of its plot unfolds through phone calls that Joe has with various characters. If you enjoyed the film’s confined perspective and its mysterious buildup, we’ve got a few more equally tense thrillers that narrow their focus and intricately follow a character’s harrowing journey. You can find most of these movies similar to ‘The Guilty’ on Netflix, Hulu, or Amazon Prime.

‘The Taking of Pelham 123’ is based on the novel of the same name by Morton Freedgood (under the pseudonym John Godey). A sharp script and stellar cast make this one of the best-confined thrillers out there. The film follows a train dispatcher (Denzel Washington) who is forced to negotiate with Dennis ‘Ryder’ Ford (John Travolta). Ryder is the leader of the group that hijacks a New York City subway car. The high tension confined setting, combined with the dispatcher’s sudden call to action, make the film a worthy watch for those craving the likes of ‘The Guilty.’ 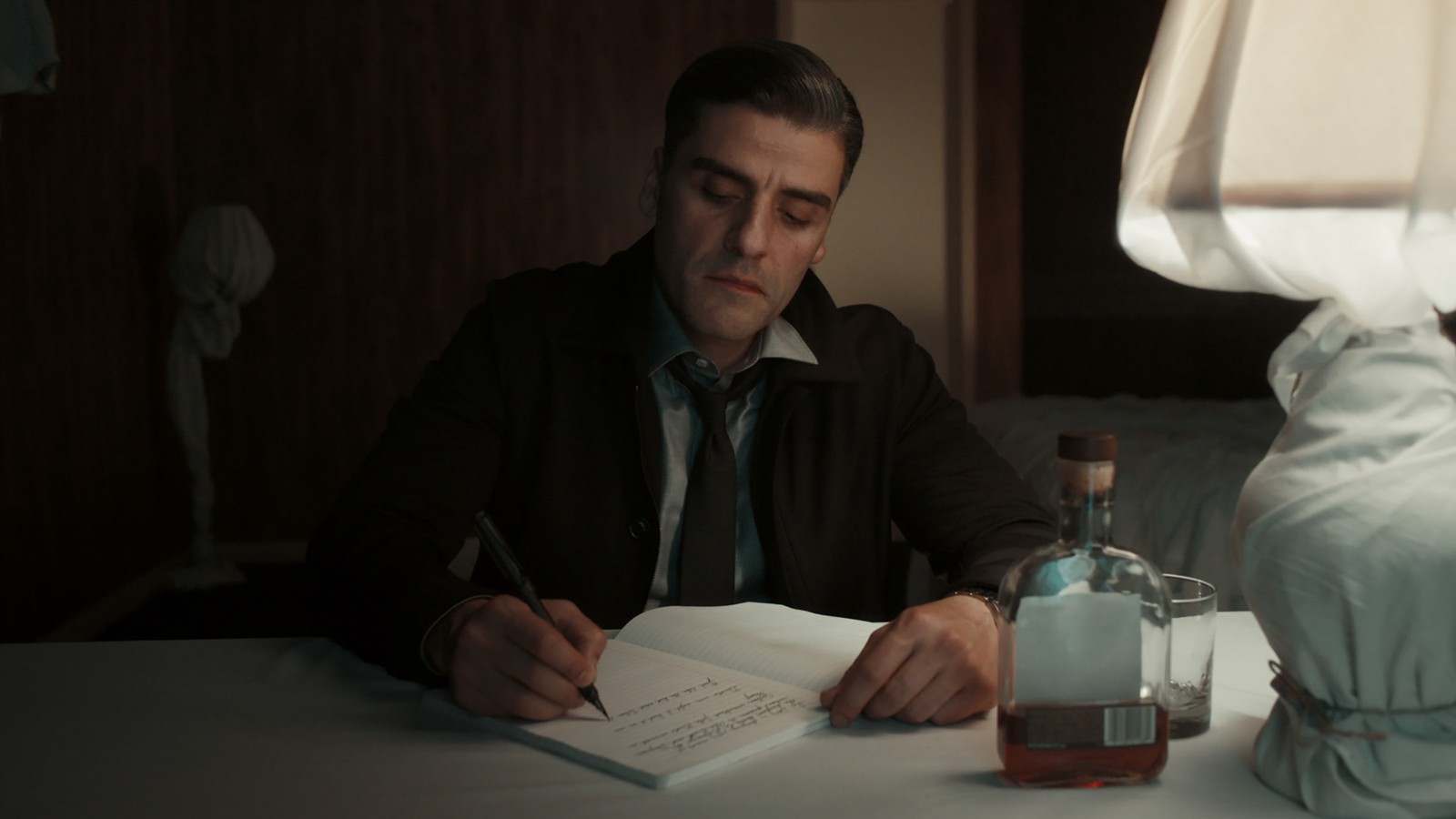 The film follows an ex-military interrogator who finds solace at the poker table until he is pulled into a violent revenge plot that forces him to reckon with his past. As he attempts to sway the young man plotting revenge, the former interrogator finds a path to his own redemption. Set amidst a world of grimy gambling tables, the film is minimal and tightly focussed but also explores themes of revenge and redemption, much like ‘The Guilty.’ The tense narrative is also propelled largely by terse dialogue, another aspect that fans of ‘The Guilty’ will appreciate.

A plot that might sound familiar, ‘The Call’ centers on a 911 operator who gets a phone call from a young girl who’s been abducted. In this case, too, the officer is forced to act quickly and locate the girl before the worst happens. In doing so, the film’s central character finds herself facing the ghosts of her past. This film, which stars Halle Berry in the lead, has a lot that will remind you of ‘The Guilty.’

David Fincher’s confined space thriller ‘Panic Room’ is an excellent watch for anyone that enjoys tense and focussed thrillers. A mother and daughter find their home invaded by burglars and take shelter in the house’s secure panic room. The game of cat and mouse that ensues between the victims and their murderous adversaries takes place over several hours, and the film will have you gripping your seat till the very end. Like ‘The Guilty,’ this film also takes place in a single location where the movements of the villains are not always observable.

‘Phone Booth’ makes masterful use of a tiny setting and tense dialogue to propel viewers on an adrenaline-fuelled ride. A publicist finds himself stranded in a public telephone booth when he realizes a hidden sniper is targeting him. Unable to leave and at the mercy of an unknown gunman, the film’s central character attempts to talk his way out of what seems like certain death. If you enjoyed ‘The Guilty,’ then this neo-noir thriller will leave you well and truly satisfied.

For those looking to watch a film that’s as similar as possible to ‘The Guilty,’ how about the original inspiration for it? ‘Den Skyldige’ is a Danish film that follows the policeman Asger Holm manning emergency calls at a police communications center. He, too, gets pulled into a case after receiving a call from a woman claiming to be kidnapped. Though similar to ‘The Guilty,’ the film’s plot also differs on some crucial points. However, the tense single setting and dialogue fuelled action remains as good (if not arguably better!) than ‘The Guilty.’

Read More: Is Netflix’s The Guilty Based on a True Story?