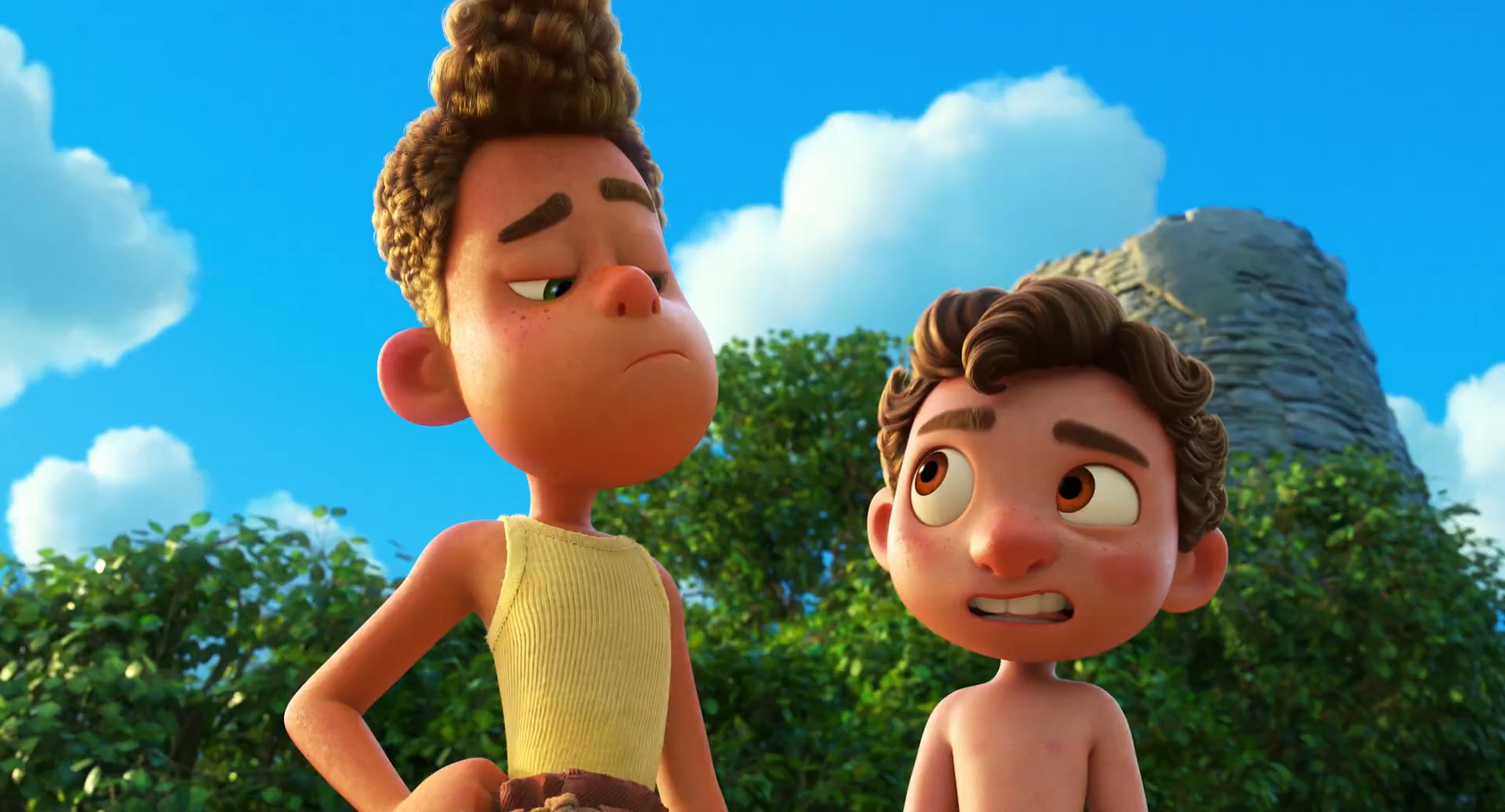 Set in a tranquil Italian coastal town, ‘Luca’ is a fascinating coming-of-age animated feature from the house of Disney. It marks the feature-length directorial debut of Enrico Casarosa and is inspired by the director’s childhood in Genoa, Italy. The movie revolves around the friendship of Luca and Alberto, who have a fun-filled adventure through the Summer, but Luca comes to realize that Alberto is holding a weighty secret from him.

With Jacob Tremblay and Jack Dylan Grazer leading the voice cast as Luca and Alberto respectively, the poignant narration of the film makes one overcome with emotions. If you have loved the wholesome Disney animation, we have a few recommendations that you must check out. You can watch several of the below-mentioned movies like ‘Luca’ on Netflix, Hulu, or Amazon Prime.

Directed by Dash Shaw with Jason Schwartzman voicing the central role, ‘My Entire High School Sinking into The Sea’ is a visceral, hilarious, and trippy animated disaster film that packs quite an impact. The story revolves around nerdy high school sophomores Dash and Assaf, who run a school newspaper. The best friends fall apart, but a sudden earthquake unleashes hell in the school building. In a time of crisis, evil teenagers maintain the hierarchy of the school while it sinks into the Pacific Ocean. If you have enjoyed the realistic fantasy of ‘Luca,’ this quirky animation madness will catch you by surprise. 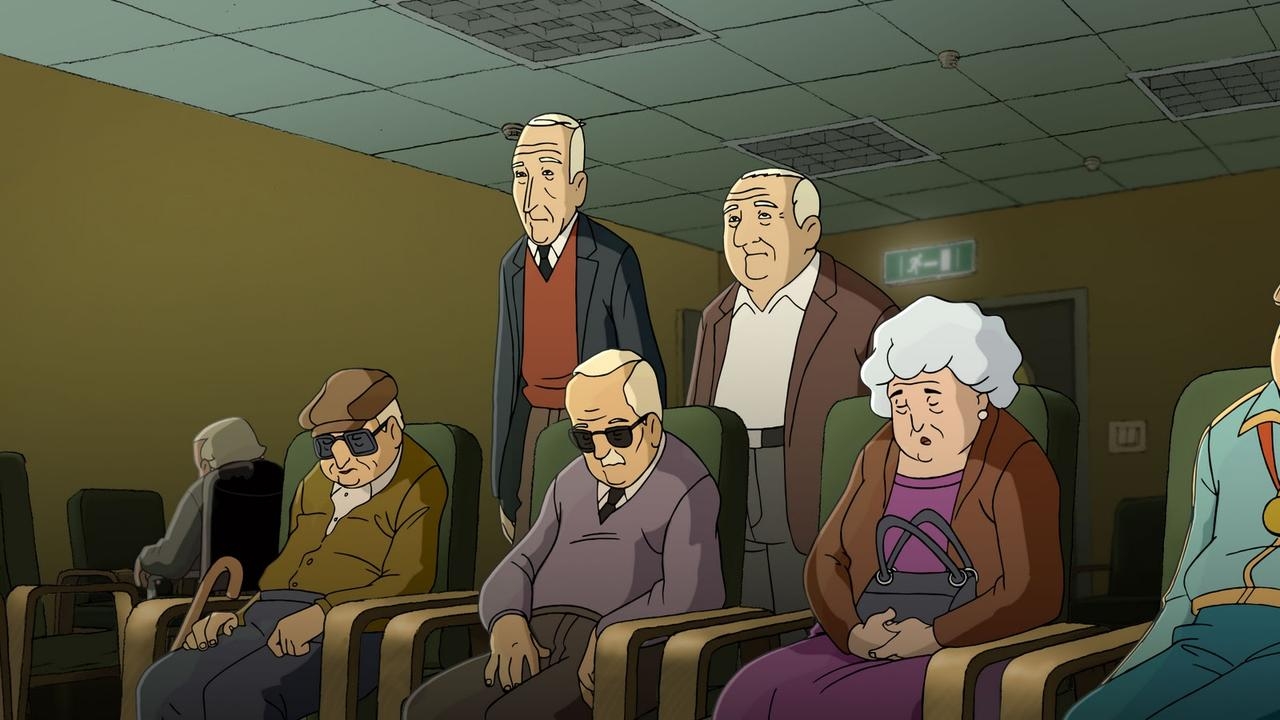 Disney is quite imaginative, but it is the realism of those rare indie animated gems that often take you by surprise. Directed by Ignacio Ferreras and based on the titular graphic novel by Paco Roca, ‘Wrinkles’ (original title: ‘Arrugas’) is a profoundly sad and endearingly funny animated psychological drama that builds on themes of memory and friendship. Emilio is a newly admitted Alzheimer’s patient in a daycare facility, and he comes to make a few eccentric acquaintances. After a stint at the hospital, he plans a daring escape with his ragtag associates. If you have liked ‘Luca’ for the theme of friendship, this is one you must add to your watch list. 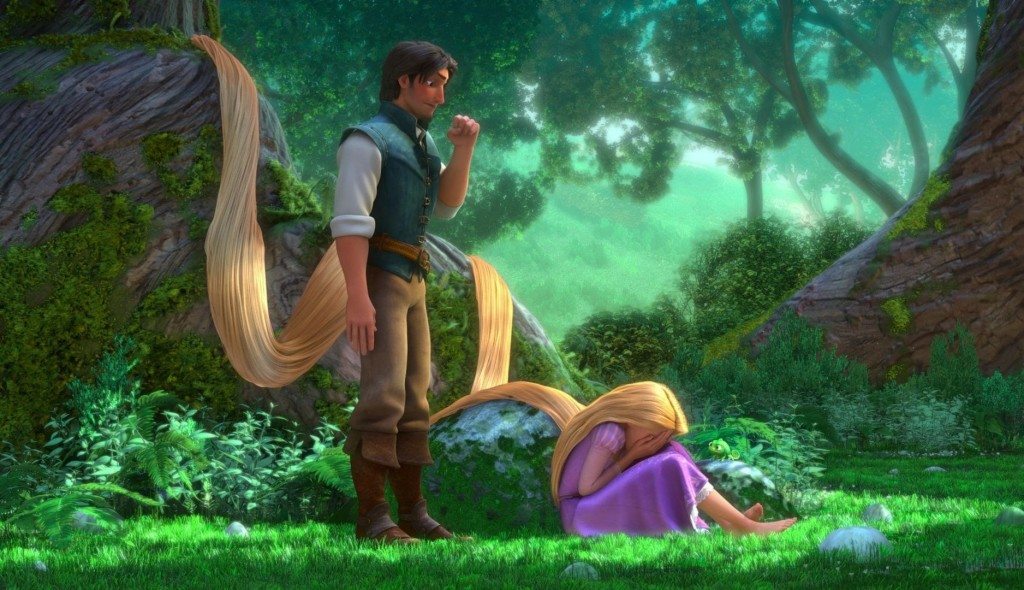 Directed by Byron Howard and Nathan Greno, ‘Tangled’ is a modern and refreshing Disney take on the fabled story of Rapunzel. You know the story – a naïve girl with immensely long hair is locked up by an evil mother in a high tower in a faraway land. Enters the adorable thief, Flynn, and brings the princess out of prison and into the world, with some help from the heroic stallion Maximus. Although traditional in scope, the underdog character of Flynn is bound to make you laugh. If you have a penchant for underdog Disney characters, you will thoroughly enjoy ‘Tangled.’ 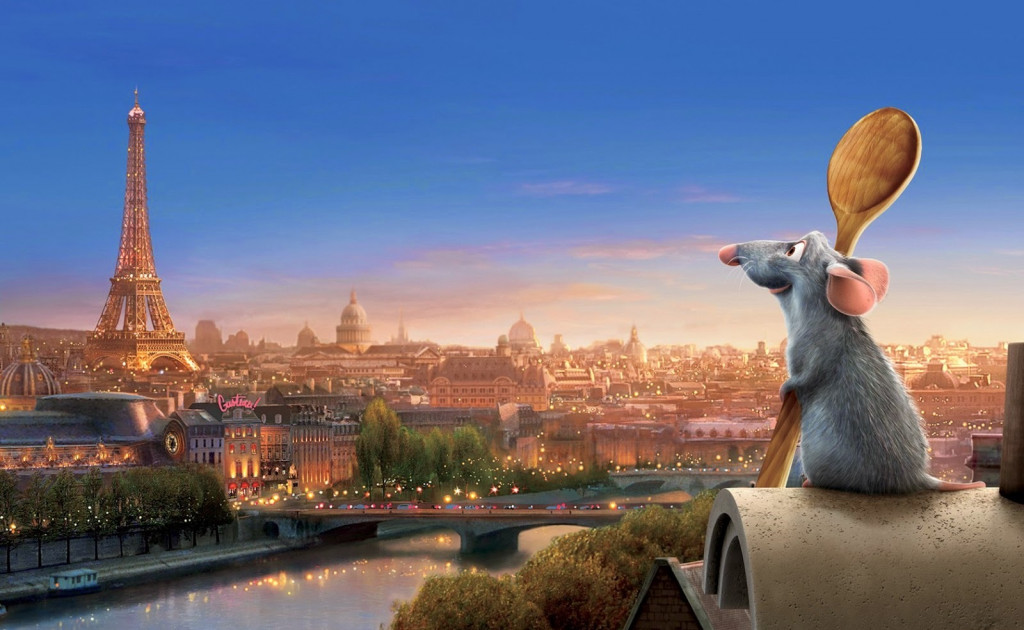 Disney has always been on the side of underdogs, and speaking of underdogs, Brad Bird’s animated adventure ‘Ratatouille’ is a fantasy animated rags-to-riches story of commendable strength. Remy has always dreamed of becoming a chef, but sadly, humans are repulsed by rodents. Remy makes acquaintance with underdog garbage boy Alfredo Linguini, and the friendship would have a massive impact on the life of both. Together, they become one of the greatest chef duos in the world. If you have loved the Italian setting of ‘Luca,’ the Parisian backdrop of ‘Ratatouille’ will not cease to amaze you. 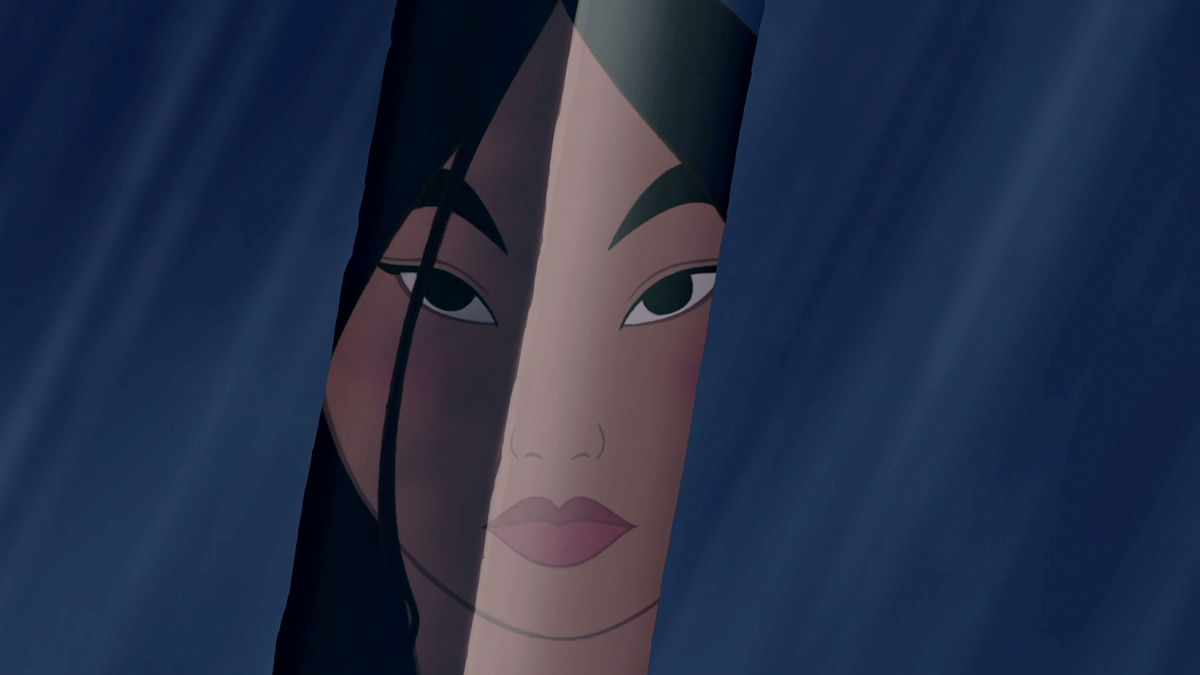 Disney has come to be racially inclusive and culturally diverse in recent years, and ‘Mulan’ is one of the early sensible examples of its foray into other cultures. The live-action rendition of 2020 is good, but what really cuts the deal is the animated version of 1998. Directed by Tony Bancroft and Barry Cook based on a story by Robert D. San Souci, what really makes the film interesting is its transition of the traditional Disney princess into a full-fledged action heroine.

When it comes to the extravagant and normative world of Disney movies, this is as modest and subversive as it gets. The characters show nobility and strength, and to bring more to the plate, it is also quite hilarious. If you haven’t seen this Disney modern classic yet, you’re missing out! 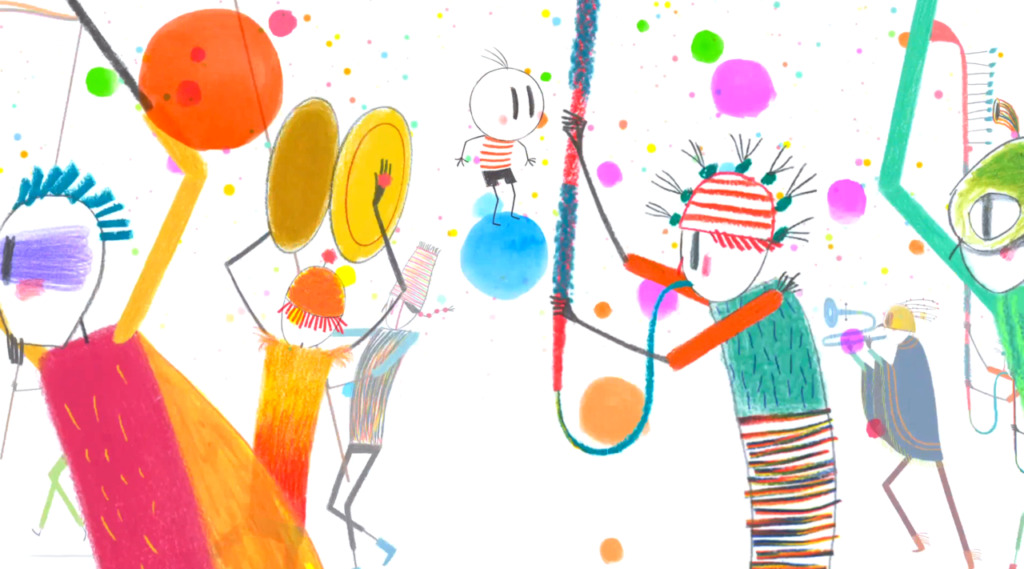 Helmed by Alê Abreu, ‘Boy and The World’ (Original title: ‘O Menino e o Mundo’) is a Brazilian animated coming-of-age adventure film of relentless and entrancing fascination. The minimalist and meditative animation follows a little boy and his surreal journey into the moors of a war-torn world to find his lost father. Imbued with impressionistic fervor, the film is, above all, a vibrant carnival of life in an ever-changing world. Bursting with colors and backed by a beautiful score, this is must-see cinematic magic for all animation lovers. 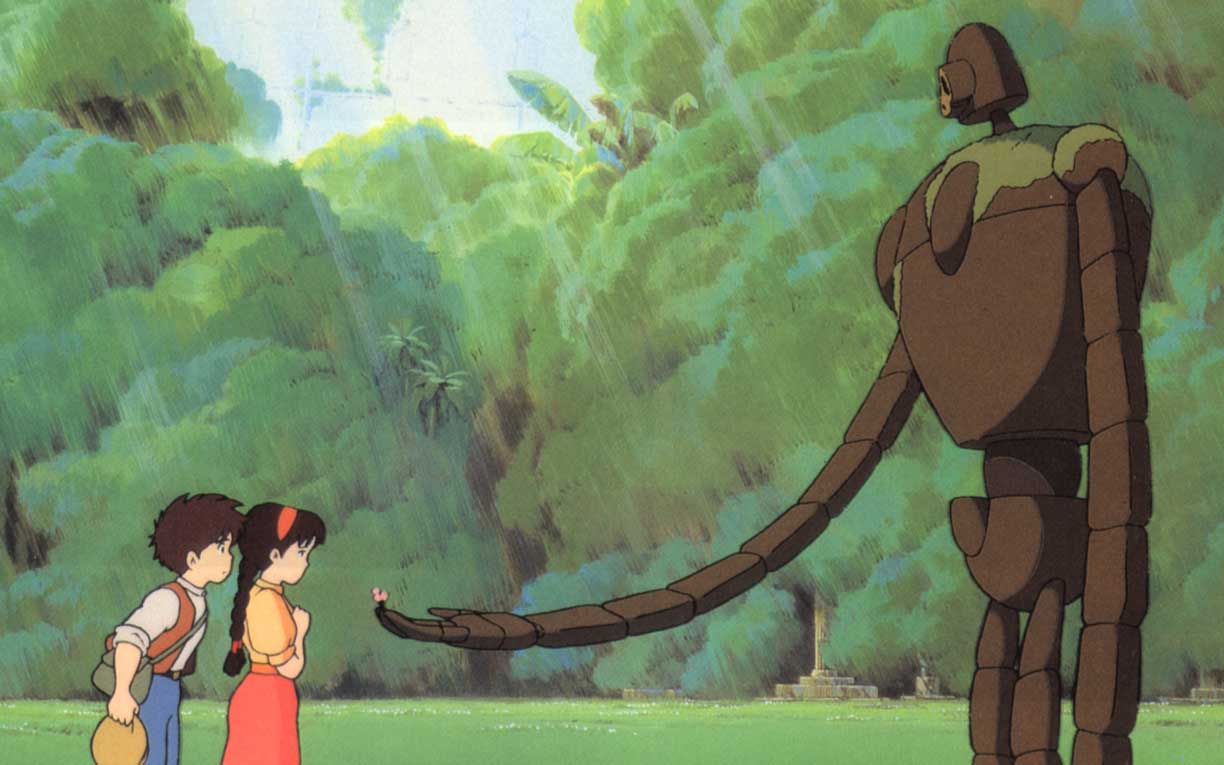 For fans of all-things-animated, the magical mind of Japanese maestro Hayao Miyazaki rarely needs an introduction. One of the early diamonds in his oeuvre, ‘Laputa: Castle in the Sky’ or ‘Castle in The Sky’ is a fantasy adventure that would open a kingdom of wonder before the child in you. Sheeta escapes a group of evil sky pirates to join orphan boy Pazu.

Together, Sheeta and Pazu embark upon a journey to discover the mythical city of Laputa, a floating technological wonder. Sheeta gets a glimpse of her past lineage before her world comes crumbling down. A classic in the genre of steampunk, this epic saga cannot get enough mention.