7 Shows Like Anatomy of a Scandal You Must See

Fans of courtroom drama have another name to add to their watchlist. ‘Anatomy of a Scandal‘ is an anthology legal drama series based on the eponymous novel by Sarah Vaughan. The show follows the scandalous tale of popular British politician James Whitehouse (Rupert Friend). The man is accused of having an affair with his aide, a young woman named Olivia Lytton (Naomi Scott). The news hurts his wife Sophie (Sienna Miller), though she resolves to support her husband despite the slight against her. However, the situation soon leads the politician to the courtroom after Olivia claims that her relationship with James was not consensual.

Prosecutor Kate Woodcraft (Michelle Dockery) is determined to prosecute James for rape for professional and personal reasons. Meanwhile, Sophie struggles to come to terms with the reality of the situation. Since its debut on Netflix, the show has become a fan favorite. If the courtroom series has intrigued your interest and left you craving for some more legal stories, here are some shows that will definitely fit the bill. You can watch most of these shows similar to ‘Anatomy of a Scandal’ on Netflix, Hulu, or Amazon Prime.

In ‘Anatomy of a Scandal’ we see the trial of James Whitehouse as he is accused of sexual assault. ‘When They See Us‘ follows the true-life events involving the trial of five juvenile boys who were accused of rape in 1989. Given that the crime in question had happened in Central Park, the heart of New York City, the case became well known in the media. However, the case soon exposed the flaws within the American legal system and the impact of racial profiling, discrimination, and inequality on the defendants, who were all people of color. Given the initial nature of the crime and the public fallout after the legal scandal, we are sure that the fans of the Rupert Friend-starrer will enjoy this series.

The crime drama miniseries follows Nasir “Naz” Khan, a college student in New York City. He goes out one night to party and picks up a girl to spend the night with. However, things take a grim turn when he wakes up the next morning to find the girl stabbed to death beside him. The authorities arrest the man for the murder, and Naz has to go through the legal proceedings to prove his innocence. Given the suspenseful nature of the series involving a brutal crime against a woman and the trial that follows, the two shows revolve around similar themes. If you enjoyed the ‘Anatomy of a Scandal,’ then ‘The Night Of’ will not disappoint you. 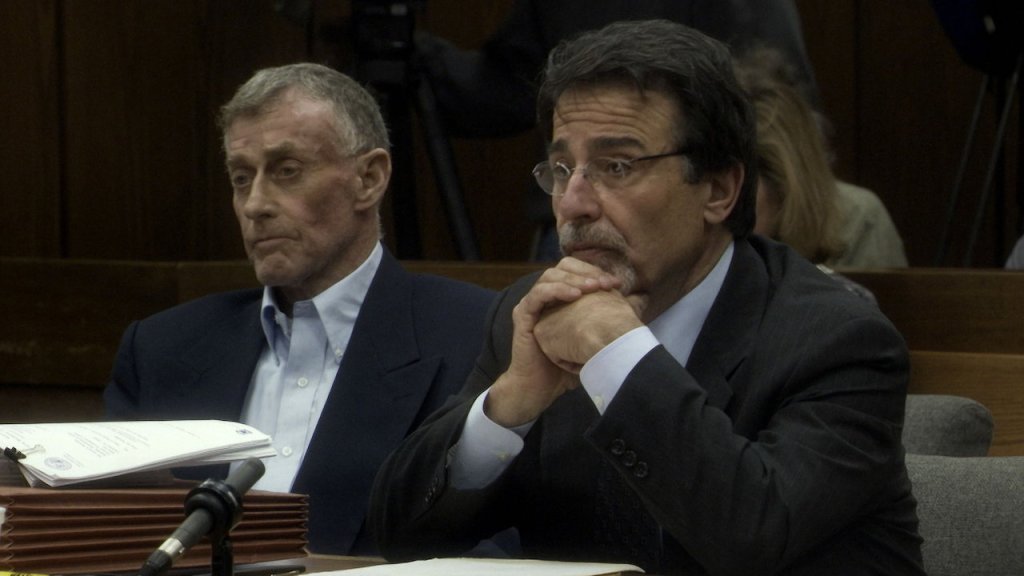 Based on real-life events, the French series follows the aftermath of the death of Kathleen Peterson. Her husband, Michael Peterson, a well-known novelist, claimed that she had fallen down the stairs after getting drunk. However, the story does not sit right with the investigators who suspect the writer to have bludgeoned his wife to death and then hid the murder weapon. A trial ensues as the events slowly unravel and the truth behind the fateful night comes to light.

The creators kept up with the developments in the case over the years, producing episodes documenting the legal process. A mysterious trial involving a well-known public figure and his wife is certainly one of the many things that allow ‘The Staircase’ to be here. 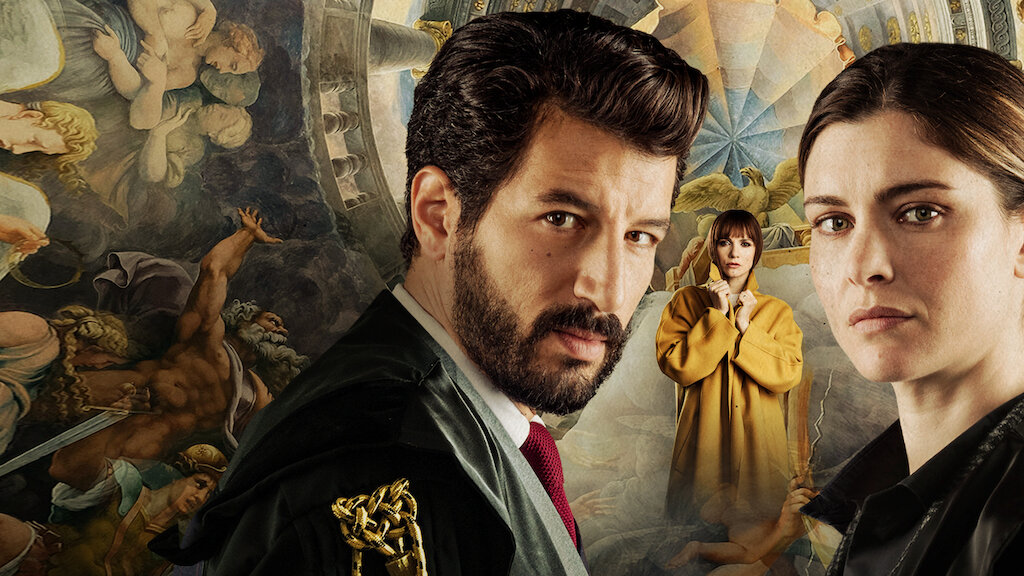 Angelica, a 17-year-old student, is found dead in a canal. Public Prosecutor Elena Guerra halts her move to New York and remains in Italy to ensure that justice is served. The matter gets complicated when she discovers that the main accused is a wealthy woman named Linda Monaco. Elena faces off against the defense lawyer Ruggero Barone in the courtroom while piecing together the reality behind the crime.

Essayed by a strong female character, the mentioned case is a high-profile one given the financial status of the suspect. These shared factors between ‘The Trial‘ and ‘Anatomy of a Scandal’ are the reasons behind the former’s appearance on this list.

A female lawyer in the cutthroat world of the justice system is exactly what the fans of ‘Anatomy of a Scandal’ want. Hence, we recommend checking out ‘How to Get Away with Murder.’ The legal thriller show follows the amazing Annalise Keating, a defense lawyer and law professor in Philadelphia, Pennsylvania. She takes on five of her students as interns. However, the group finds itself in a murder case with personal implications.

One of the dead is Annalise’s husband, Sam Keating, killed by one of the interns. The other victim is none other than Sam’s mistress, Lila Stangard. The series features a suspense-filled journey for this legal team as they try to navigate their way around the repercussions using their expertise and Annalise’s experience. Given the show’s popularity and a strong storyline involving legal drama and sexual affairs, it has definitely earned its spot here. 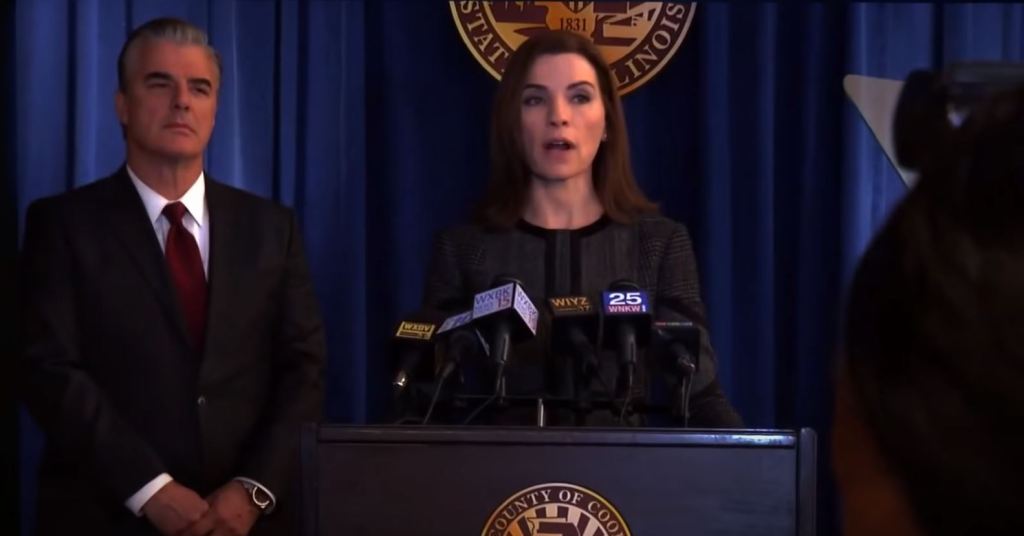 The series follows Peter Florrick, a well-known State Attorney, who is imprisoned due to his corruption and sexual conduct. His wife, Alicia Florrick, a stay-at-home mother, reenters the legal field and takes up the mantle of a litigator. Her goal behind the decision is to provide for her children and possibly uncover the reasons behind Peter’s actions.

Viewers can easily draw a parallel between the Florricks and the Whitehouses. An ensuing sex scandal involving the husband of the family that forces the women to weather the storm is the premise of both the shows. Both the leading ladies, Sophie and Alicia, showcase their familial yet strong side. Hence why we have ranked ‘The Good Wife‘ so high.

Just like ‘Anatomy of a Scandal,’ ‘American Crime Story‘ is also an anthology crime series. However, unlike the British show, it tells the story of famous true crimes. In fact, the third season of the show, titled ‘Impeachment: American Crime Story,‘ narrates the infamous Clinton–Lewinsky scandal. The case involved former US President Bill Clinton and his sexual involvement with Monica Lewinsky. As the season progresses, we see the fallout from the affair becoming public knowledge and how it impacted the 42nd President and his wife, Hillary Clinton. Given the similarities between the real-life scandal and the tale of the Whitehouse family, is it truly a surprise that the series has topped this list?

Read More: What is Omertà of Libertines Meaning? Is the Libertine a Real Oxford Club?