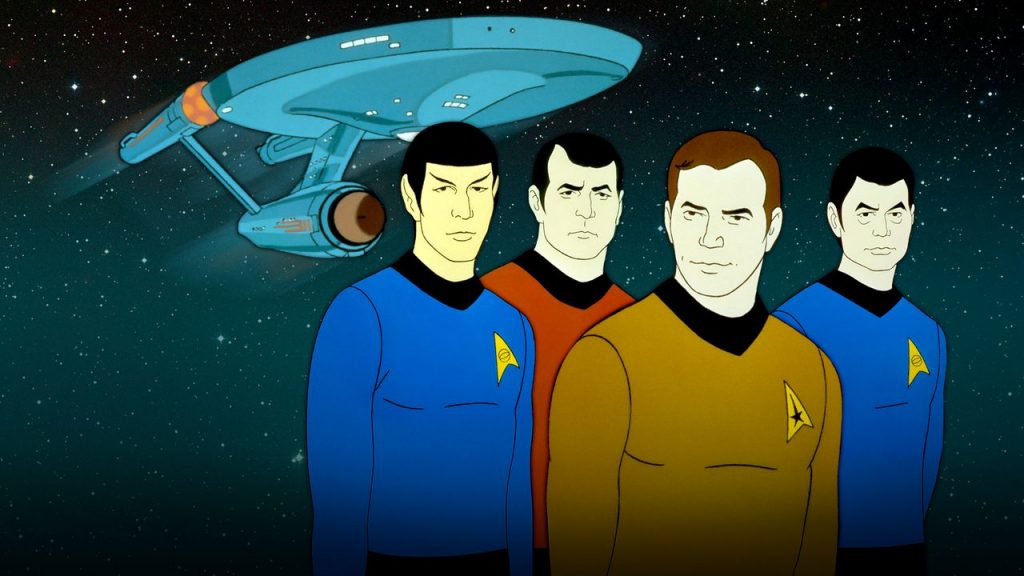 The television industry began to take shape during the 1950s, and by 1970, it had surpassed the radio and newspapers to become the most common medium for entertainment and news. The early television shows generally imitated movies and tried to replicate movie genres for television audiences. Western shows like ‘Rawhide’, ‘Gunsmoke’, ‘Have Gun…Will Shoot’ and other ruled television during this time. However, by the 1970s, television programs started having a distinct voice and aesthetics. Important topics of social relevance found their way to the television shows. Racism, sexuality, bigotry were all becoming the subjects of television.

Sitcoms were the most popular form of TV shows then, and shows like ‘All In the Family’ and ‘Maude’, with their progressive content, were pushing the boundaries of what could be possible on television. To attract youngsters, shows like ‘Happy Days’, ‘Charlie’s Angels’ and ‘Three’s Company’ were being made. Until then, it was the older generation which was hooked on to the TV much more than the youth. ‘M*A*S*H*’ is one such unique show that appealed to youngsters. While it deals with a medical team in the army, the show is quite layered with dark humor and has a social consciousness that is well and truly ahead of its time. The final episode of M*A*S*H* became the most watched episode in TV history.

Another comedy show debuted in the 1970s and went on to become a cultural icon of America — Saturday Night Live. The genius called Lorne Michaels created this sketch comedy show which managed to take on a life of its own. SNL has given America most of its best comedians and comedy writers. From Tina Fey to Bill Murray to Conan O’Brien to Jimmy Fallon, the creme de la creme of American comedy have on some point of time in their lives been a part of SNL. Thus, we see how important the decade of the 1970s has been in shaping up television as we know it today. With that said, here’s the list of really good 70s shows on Netflix that are available to stream right now: 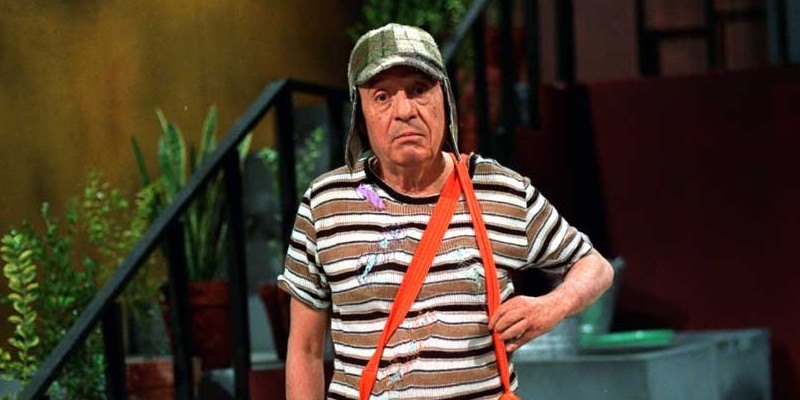 Roberto Gómez Bolaños is the creator and lead actor of this iconic Mexican TV series, which first began airing in 1971. Bolanos’ character is a poor orphan who is called ‘El Chavo’ (literally translating into ‘the lad’). He lives in a complex for the poor and the show follows his life and the many adversities he faces while trying to survive in the world. The complex where Chavo lives is owned by Señor Barriga. He is always on the lookout for his rent and wants his tenants to pay up as soon as possible.

The courtyard at the center of the housing complex is where all the activities between the characters generally take place. Doña Florinda, Doña Clotilde, Jaimito “El Cartero”, and Don Ramón are the characters who have their houses around the courtyard. Thus, besides Chavo, they are the ones who become involved in most of the drama happening in the show. With this setting, the show highlights the difficulties these poor orphans face while surviving the tough world. They need to deal with hunger, poverty, lack of proper education and run the risk of getting involved in criminal activities. If we are to describe the humor in the show, it can be called farcical in nature. There is the use of certain running gags, misinterpretations, and also a format called the “comedy of errors”. The show had managed to gather a huge fan following in Latin America, and an animated series was also produced based on the characters of the series. 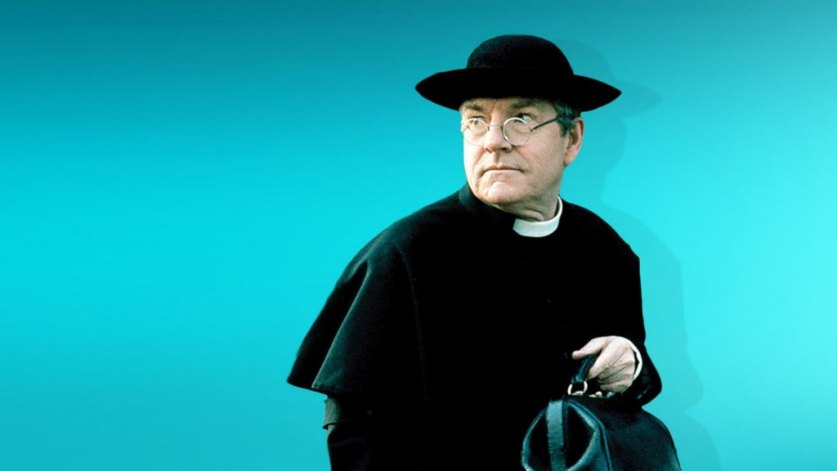 G.K. Chesterton’s famous detective Father Brown was brought to television in a series based on his many adventures. The series started airing in 1974 on ITV and each episode covers one case of the famous sleuth. A total of 13 episodes were produced. Each episode is divided into three parts. It predictably introduces the case to be solved in the first part, makes the problem more complicated in the second, and by the end of the third part, Father Brown always manages to get to the bottom of the case.

Some critics have pointed out the fact that it is not exactly possible for a God-fearing priest to be so rational, scientific minded and solve murders and delve into the deepest and darkest realms of the human psyche. Kenneth More plays the character of the crime-solving priest in the series. Though More is the only constant cast member and each episode has guest actors playing the supporting roles, Dennis Burgess makes a number of appearances on the show as a jewel thief called Hercule Flambeau. The setting and costumes are simplistic and go perfectly fine with the tone of the series. The cinematography also follows the same philosophy, not aspiring for anything greater, but delivering just what is required. 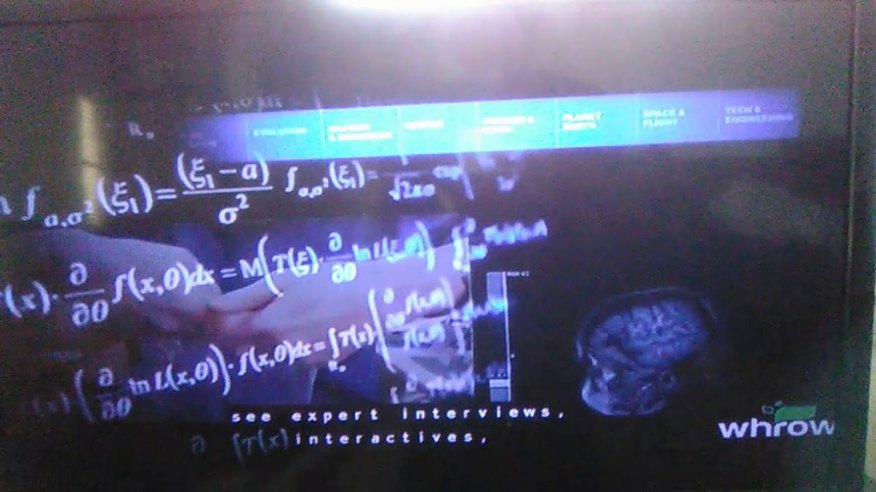 ‘Nova’ is a television series which deals with science and scientific research, bringing viewers closer to truths which have always baffled us. The series started airing in 1974 on PBS and continues airing to this day. Not all episodes of the famous series are available on Netflix. But the 19 of which are there, will give us enough idea about how the series works. Each episode deals in one phenomenon with scientists and researchers in the said area explaining the inner workings of the same. For example, there is an episode called ‘Nova: Dawn of Humanity’. Here, we learn how complex organisms first started developing and reached the zenith of life with the advent of homo sapiens. The natural factors which made mankind the way we are is also discussed in the episode.

The series has often been hailed as a major educational show unlike any other on American television. The editing, writing, and flow of ‘Nova’ episodes have always drawn praises from critics. ‘Nova’ has been honored with several Emmy and Peabody Awards during its run. The BBC television series ‘Horizon’ is the only other TV show apart from ‘Nova’ which follows a similar format and has been running since 1964. 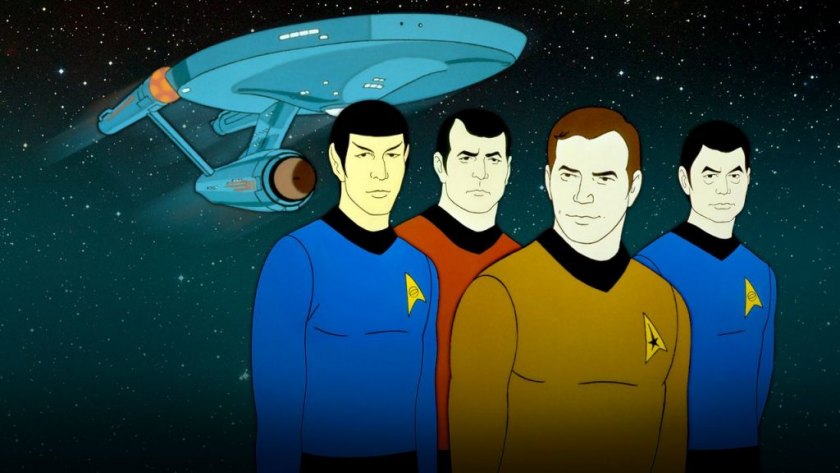 After ‘Star Trek’ became extremely popular via syndication, NBC decided to produce its sequel in the 1970s. The planned sequel was made into an animated series. It began airing in 1973 and is the direct sequel to the original series in the Star Trek canon. The show writers had presumed the series to act as the fourth season of the original series. However, series and franchise creator Gene Roddenberry’s office later de-canonized the animated series from the ‘Star Trek’ saga.

Following the original show, the animated series also depicts the lives and adventures of the crew members of the spacecraft USS Enterprise. Members of the original show’s cast were brought in to provide voices for their animated counterparts. Interestingly, the producers first thought that the characters of Sulu and Uhura, played by Nichelle Nichols and George Takei, respectively, would be voiced by James Doohan and Majel Barrett. Doohan and Barrett were already voicing their own characters, Scotty and Nurse Christine. Knowing that Nichols and Takei were going through hard times and needed the job, Leonard Nimoy refused to voice his character, Spock, unless these two actors were included in the cast. ‘Star Trek: The Animated Series’ ran for a total of 2 seasons with 22 episodes. 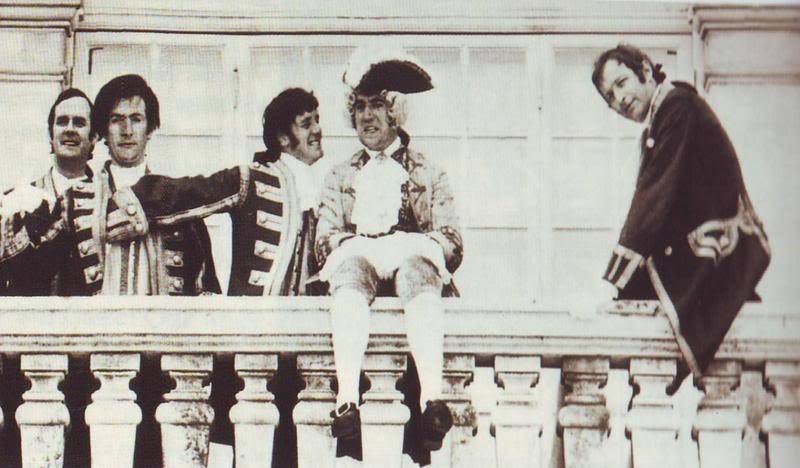 Literally translating into ‘Monty Python’s Flying Circus’, this show was the German version of the famous comedy group’s 1969 series of the same name. German TV producer Alfred Biolek is the one who made this series possible. When he visited England in the 1970s, Biolek first became aware of the talented six-member comedy group which was taking the audience by storm in both England and the United States. He wanted them to make a German version of their famous television program.

However, not being aware of the sensibilities and aesthetics of German television, the group initially were reluctant to go ahead with the project. Seeing their reluctance, Biolek asked them to visit Germany before committing to anything. Thus, in 1971, the six members of Monty Python — Graham Chapman, John Cleese, Eric Idle, Terry Jones, Michael Palin, Terry Gilliam visited Germany. Soon after that, they decided to proceed with the project. What the Pythons attempted to do in the show is portray a picture of Germany away from the usual stereotypes the country is generally associated with.

Regarding the series, Michael Palin later said, “All I know is that it reversed all one’s prejudices. Python has done very, very well in Germany, and the movies do extremely well…..Whenever anyone says, you know, the Germans have no sense of humor, say no, hang on, hang on, they got Monty Python before a lot of other countries.” The group wrote several new sketches for the show while also reworking some earlier ones. The miniseries consists of two episodes with several sketches in each one of them. The sketch called ‘The Philosophers’ Football Match’ became extremely popular. In the sketch, we see several famous German philosophers in a game of soccer against ancient Greek philosophers.