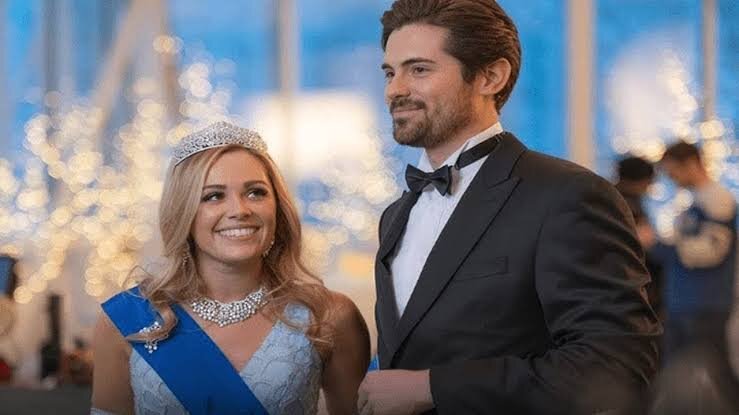 Hallmark is a channel which has constantly been coming out with new and exciting original movies. The network releases a bunch of movies every year during Christmas and another series of winter-themed films called “Winterfest”. The film ‘A Winter Princess’, written by Erinne Dobson and directed by Allan Harmon, is another exciting release from the network.

The story of  ‘A Winter Princess’ is based in a winter resort called the Snowden Peak Lodge Resort. Princess Carly, a member of the royal family of Landora, works at the resort as an event planner while hiding her actual identity with great care. The reason that Carly has chosen to work anonymously is that she does not want to be labeled as a diva who considers the job that normal people do to be beneath her.

As she goes about her business, Carly comes across a man called Jesse, who is the brother of this resort’s owner. Jesse manages to discover that the event planner working for them actually goes by the title “Her Royal Highness Princess Carlotta of Landora.” As the duo set about preparing the celebrations of the 50th anniversary, sparks begin to fly between them.

The location chosen for the filming of this movie is a rather unique one, and can easily be called one of the most attractive sites for filming movies in Canada. Read on to find out more about the same:

The character of Princess Carly is portrayed by Natalie Hall in this movie. A veteran actress, Hall has played numerous important characters in shows like ‘All My Children’, ‘Pretty Little Liars‘, ‘Star-Crossed’, ‘UnREAL‘, and ‘Charmed‘. Carly’s love interest Jesse is played by Chris McNally. Having made numerous guest appearances in TV shows over the years, McNally managed to bag major roles in the shows ‘Altered Carbon‘ and ‘When Calls The Heart‘.

Besides his TV show performances, McNally has also appeared in a number of TV movies over the years. Aside from these two leading actors, other important characters in the film have been portrayed by Lara Gilchrist, Casey Manderson, Brendon Zub, and Mackenzie Gray. Here is a behind-the-scenes peek into the film offered by the two leading members of the cast:

Where Was ‘A Winter Princess’ Filmed?

Most TV movies like ‘A Winter Princess’ are made on rather small budgets and thus their filming locations need to be carefully chalked out in order to avoid going overboard with the spending. Most of these movies are either filmed in indoor locations, in Los Angeles, or in certain parts of Canada where the authorities offer attractive tax incentives to film production companies. The producers of this movie also chose Canada as their filming destination.

A city on the banks of the Okanagan Lake, Kelowna is surrounded by parks, vineyards, forests, and other forms of natural beauty. The attractive locales of the city offer the ideal places to shoot a winter-themed romantic movie.

Most of the film takes place within a resort called Snowden Peak Lodge Resort, which in real life is the Big White Ski Resort in Kelowna. It is easily one of the main tourist attractions of this city. This resort is like a small town with great detailing and if a film’s story is placed inside it, there is hardly any reason to move outside. The beautiful pine forest, astonishingly beautiful lights, and a huge skiing park are only some of the attractions of this gorgeous establishment. Here is a series of pictures from the resort’s official Instagram page: