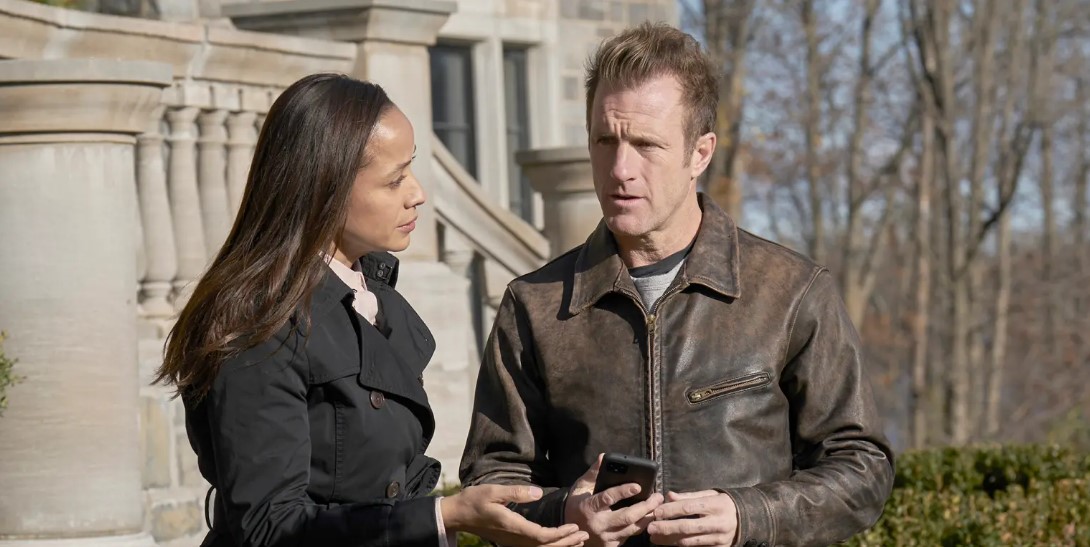 With a new case in every episode, the Fox drama series ‘Alert: Missing Persons Unit’ delves deeper into finding people who have been kidnapped or disappeared. Nikki leads the unit comprising of her ex-husband Jason, fiance Mike, Kemi, and C. They band together to find clues and question witnesses who are involved in the case. An overarching kidnapping mystery of Jason and Nikki’s son, Keith, is also presented in the show.

The show, developed by John Eisendrath and Jamie Foxx, focuses on aspects of grief, estrangement, and the importance of family. The episodes of the show seem to be titled after the missing person featured in the plot. Likewise, the second episode is titled ‘Hugo.’ It follows the story of a bereaved mother, who kidnaps a young boy thinking he killed her son. The episode also furthers the mystery behind Keith’s disappearance and subsequent emergence. Let’s dive into the events of the ending of ‘Alert: Missing Persons Unit’ episode 2. SPOILERS AHEAD!

The episode begins with a grieving mother abducting a young boy with force. She hits him with a baseball bat outside a restaurant and takes him someplace else. Meanwhile, we see June and Jason getting an update on their security detail. A colleague shows them the live footage of the woman’s house through her TV set. 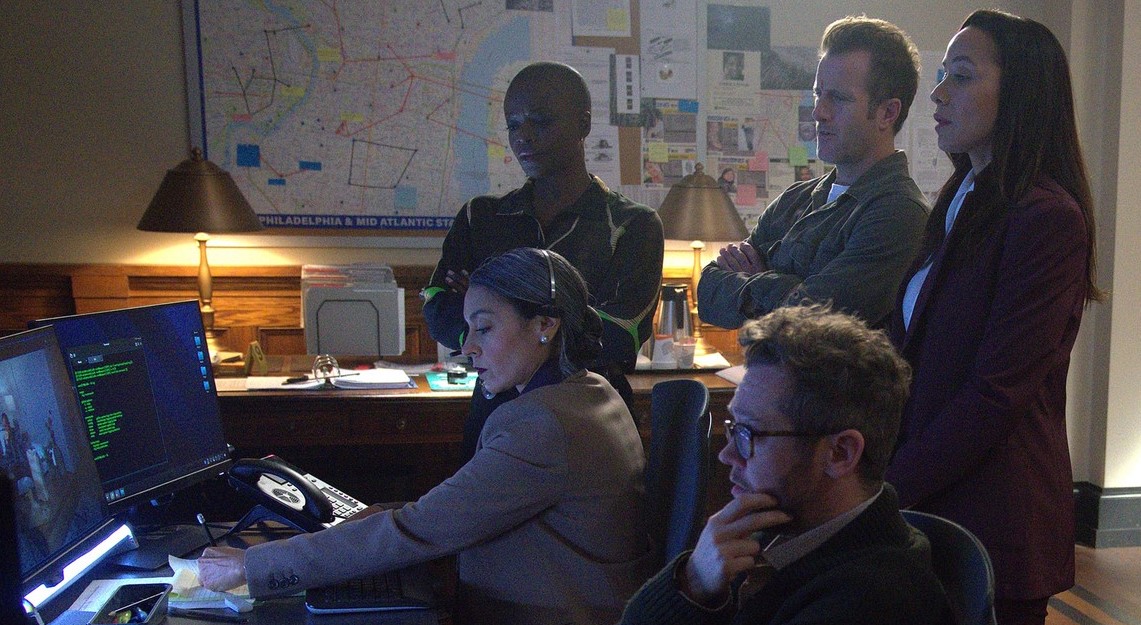 Jason takes the case to Nikki, and they collectively investigate the same. Even though the victim’s face is badly injured and covered in blood, C is able to find out who he is. Thanks to worldly technology and advanced algorithms, C cleans the victim’s face and identifies him as Hugo Mendez. Subsequently, Nikki finds his brother for confirmation, who informs that Hugo works at a burger restaurant as a cashier.

Simultaneously, we see Sidney being rude to Keith. Jason and Nikki are unable to understand why their daughter is behaving in an unkind manner. They are siblings and should get along well after such a tragedy. Moreover, June gets upset as Jason cancels another fertility appointment. She is angered by the fact that Jason is not paying attention to their relationship and their plans.

Furthermore, on examining the abductor, they find that her name is Molly, and she lost her son a couple of months back. Molly’s son, Asher, dies due to a drug overdose. She kidnaps Hugo as she believes that he gave her son the drugs. Molly tortures and injures Hugo until he gives up the name of the supplier. Furthermore, she confirms Hugo’s crime when she orders a number 15 and gets drugs with her meal from the restaurant. When Jason and Nikki reach the restaurant, they find something else altogether.

Asher is the name of Molly’s son, who dies due to a drug overdose. Molly has been bereaved since then and has not been able to get over Asher’s death. Consequently, Jason and Nikki find extensive research and investigative material at Molly’s place that suggests her obsessive desire to find and kill the drug dealers. Although no murder was committed, Molly believes that the dealers had a crucial role in Asher’s death. 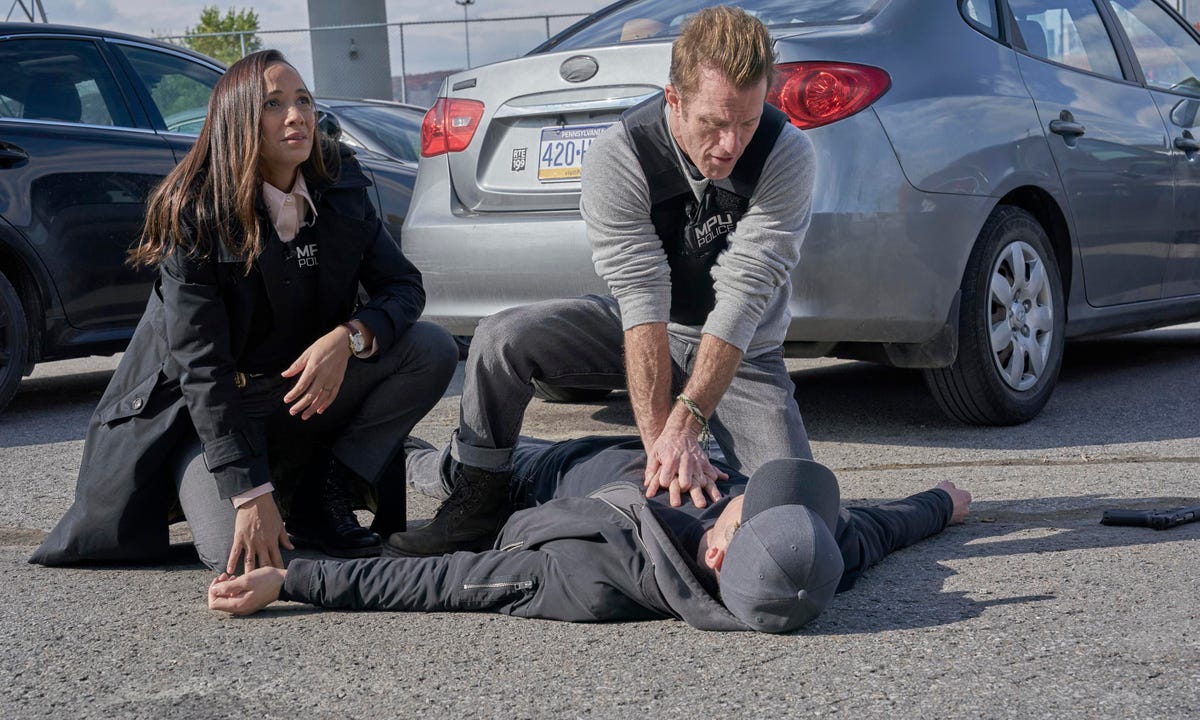 Jason and Nikki resolve to find out more about the case and the drug dealing. They reach the restaurant where Hugo works. As soon as they make it inside, they see an employee acting strangely. While Nikki talks to the manager, Jason follows the unknown man into the restaurant’s kitchen. He witnesses him grabbing a packet of pills and throwing them away.

The man absconds from Jason, but Nikki catches and arrests him in time. They take him to the police station and interrogate him. After they show him the live footage of Molly torturing Hugo, he confesses that Hugo is innocent and knows nothing about the drugs. Hugo is just a drive-through cashier and hands the orders to the customers. The arrested suspect adds drugs to their packets and smuggles pills in secret. In the end, the unit reaches in time to save Hugo and stop Molly.

The episode stands as a testament to the state of youngsters today. Drugs and illegal activities have become extremely prevalent. Whether dealing drugs or consuming them, modern youth is embroiled in dangerous materials that can ruin their lives. Moreover, this aspect also reflects the impact of drugs on their family’s life. Molly is unable to come to terms with her precious son’s demise. Asher had a lovely and long life ahead of him but drugs destroyed it all.

Sidney seems to be the only one noticing how strange Keith is acting. Jason and Nikki are blinded by the joy of their son’s miraculous return. Hence, they don’t notice that Keith was left-handed before he was kidnapped. However, the person who claims to be Keith is right-handed. Sidney presents this truth to Nikki, who then dismisses it and reasons it with his internal injuries and trauma.

Additionally, there is more to the story than what everyone sees. The last scene of the episode shows Sidney texting a person called Quinn. They talk about how weird Keith is acting. Sidney seems eerily confident that the person who came back is not Keith. She reveals that she knows what actually happened and that there is no way this person is her brother.

Apparently, Sidney knows something others don’t. She might be involved in Keith’s kidnapping, or she might have witnessed something the night he disappeared. Nonetheless, the whole truth about Keith’s abduction has not come to light yet. We believe there are various facets and questions that are still unanswered. Moreover, Mike finds a clue about the car that was following Keith on the night he was found. We believe that clue can lead the unit towards some crucial answers.