Are Brett Dier and Haley Lu Richardson Still Together? 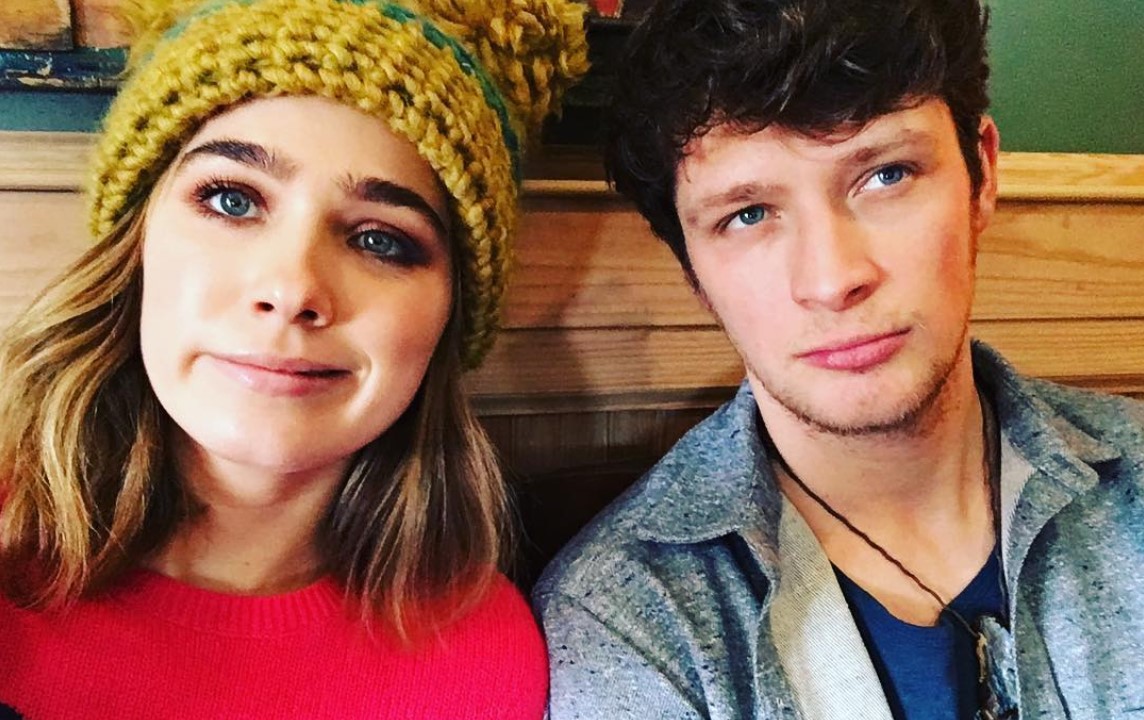 Brett Jordan Dier is perhaps most famous for his role as Michael Cordero Jr. on the telenovela ‘Jane the Virgin.’ An enthusiastic musician as well as a back belt holder in Taekwondo, Brett debuted through the movie ‘Family in Hiding’ in 2006. Since then, his career has been on the rise and adorned with roles in popular productions such as Gene Corbett in ‘Bomb Girls,’ Luke Matheson in ‘Ravenswood,’ and C.B. in ‘Schooled.’ In 2012, Brett met and began dating Haley Lu Richardson, an established actress in her own right, known best for her roles as Krista in ‘The Edge of Seventeen‘ and Claire Benoit in ‘Split.’

Haley’s early roles included appearances in the Disney Channel sitcom ‘Shake It Up,’ as well as the TV show ‘Ravenswood,’ which is where she first came across Brett Dier. Moreover, her performances as Casey in ‘Columbus’ and Stella Grant in ‘Five Feet Apart‘ have also been praised by critics and fans alike. With Haley and Brett announcing their engagement in 2018, fans have been anxious to know if the couple is still together. Well, let’s find out, shall we?

How Did Brett Dier and Haley Lu Richardson Meet?

By 2012, Brett Dier had made quite a name for himself in the filming industry, while Haley was starting to build what promised to be an illustrious and brilliant career. That was when they were both roped in to be a part of an ABC Family show, ‘Ravenswood,’ a supernatural teen drama that was an official spin-off of ‘Pretty Little Liars.’ Brett and Haley thus met in 2012 while shooting for ‘Ravenswood’ in New Orleans and immediately hit it off. Sparks flew almost instantly, and the two soon realized how much they had in common. It did not take long for the pair to cozy up to each other and begin dating, much to the delight of fans.

Brett and Haley initially kept their relationship on the down-low but soon gave in and shared the news with their fans. Over the years, the pair built up a loving relationship on a foundation of trust and love. It was lovely to witness their blossoming bond, while their dedication, commitment, and chemistry were completely unmistakable.

Haley later mentioned that the couple preferred privacy as finding a balance with a fellow actor was challenging because the art of acting and their status as public figures almost took over their personal lives. However, they managed to prioritize their needs, as, in an interview with Cosmopolitan, Haley revealed, “Priorities, having priorities is probably the thing that I’ve learned is the most helpful. To not have that take over your life and know what’s really important.”

Are Brett Dier and Haley Lu Richardson Still Together?

After building an adorable relationship for several years, it seemed only fitting for Brett and Haley to get engaged in the most unexpected yet heartwarming way possible. The couple was having pizza at an outdoor strip mall, joking and laughing like always, when Haley suddenly had an urge to ask Brett to marry her. Brett immediately agreed, and although the two did not have rings, they got twigs to tie around their ring fingers.

Talking about the moment later, Haley explained how the proposal was unexpected even to her, and she just went with her gut feeling, which ultimately paid off. However, when asked about marriage, the actress said, “We just want to take our time. We’re still not used to the word fiancé. It’s so pretentious in saying it. Neither of us are used to it. We still call each other boyfriend and girlfriend. We’re just engaged. And I love Brett. And we’ll get married one day.”

Speculations about a supposed breakup began doing the rounds when Brett and Haley stopped featuring on each other’s social media profiles. Their last post together on Instagram dates back to November 2020, and since then, they also haven’t been spotted together in public. However, nothing else suggests a possible breakup, and neither of the two has addressed the numerous speculations. Thus from the looks of it, it appears that Brett and Haley are still together, although it seems that they have taken to privacy and now prefer to keep their love life away from the public sphere.

Read More: Are Sabrina Carpenter and Griffin Gluck Still Together?