Are Calvin and Kai From The Circle Together?

If there’s one thing we’ve learned from watching reality television through the years, it is that anything can happen at any time. Whether it’s game shows, dating experiments, or popularity contests, human connections are always there, and thus, so are drama, tears, arguments, and genuine emotions. Hence, of course, the case is no different for Netflix’s ‘The Circle,’ even with the cast not getting to see each other face to face, which Calvin Crooks and Kai Ghost of season 3 proved. So now, let’s find out more about their relationship and where they stand as of today, shall we?

Calvin and Kai’s The Circle Journey

From the very moment Calvin Kiing Crooks, a private chef, and Kai Ghost, an artist and self-proclaimed Southern Belle, set their eyes on each other’s Circle profiles, sparks flew. Not only were they attracted by looks, but the character and confidence shining through their respective description boxes also pulled the other in. That, combined with a sprinkle of sincerity and flirting, made them a pretty strong team. After all, their conversations were personal one second and strategic the next. Yet, the duo was at the same wavelength as the strategies were always designed to benefit them both. 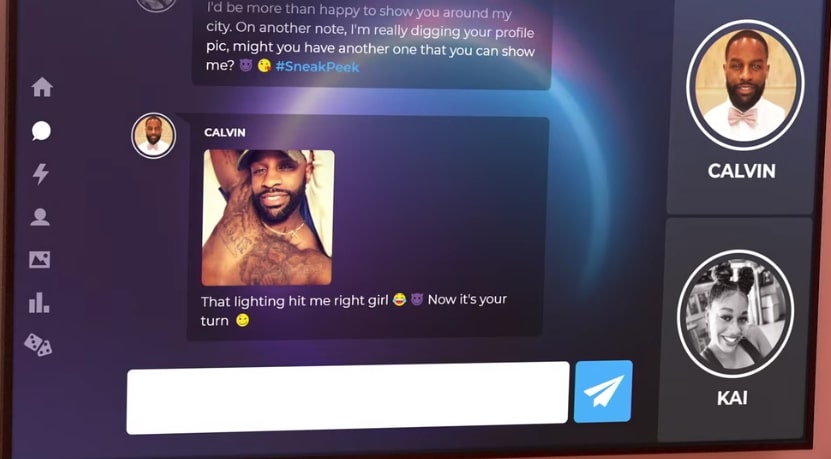 From compliments to thinly-veiled innuendos and from serious game talk to rogue emoji plays, Calvin and Kai’s private chats had it all. With that said, their bond went one step further when Calvin decided to take it upon himself to ensure that “his girl” was okay after she faced some backlash from her fellow contestants not once but twice. Kai confessed that she didn’t need a knight in shining armor, but she still welcomed and appreciated his care and loyalty. Therefore, it came as no surprise when they shared an image each during one of their night discussions to show some skin and make it evident that they were “thirsty” and “hot” for the other.

Are Calvin and Kai Together?

Unfortunately, shortly after #TeamKaivin got their name and were almost looking like the unofficial power couple of ‘The Circle,’ Calvin Kiing Crooks got blocked. This influencer booting was a shock to everyone, but the fact that he went to see his “Queen” Kai before leaving the game for good was not. As soon as they met, it became clear that the relationship they’d established was as authentic as their personalities. Yes, Calvin was sad to go, yet he admitted that he was glad his ally was still in and wanted her to win. 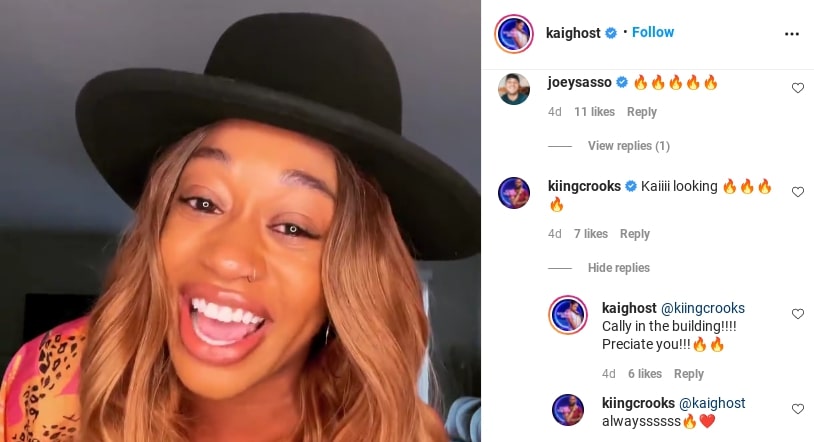 Apart from that, Calvin and Kai were also on the same page about hitting each other up once they were back in the real world. Having said all that, we’re happy to report that it seems like Calvin and Kai continue to have an extremely strong connection. It is also made apparent from their actual social media accounts. However, as of writing, they haven’t announced whether they are in a romantic relationship or not.

Since Kai’s based in California while Calvin now works in the United Kingdom, we can’t say anything for sure either. However, their Instagram interactions, some of which can be seen in the pictures above, sure imply that something is going on between them. Despite the long distance and their unconventional first meeting, we’re rooting for them. The Kiing should have his Queen, as Calvin still refers to Kai in his comment section, and she deserves it too.

Read More: Who is The Circle’s Nick Uhlenhuth?