Are Christmas With You’s Aimee Garcia and Freddie Prinze Jr Latin? Can They Play Piano? 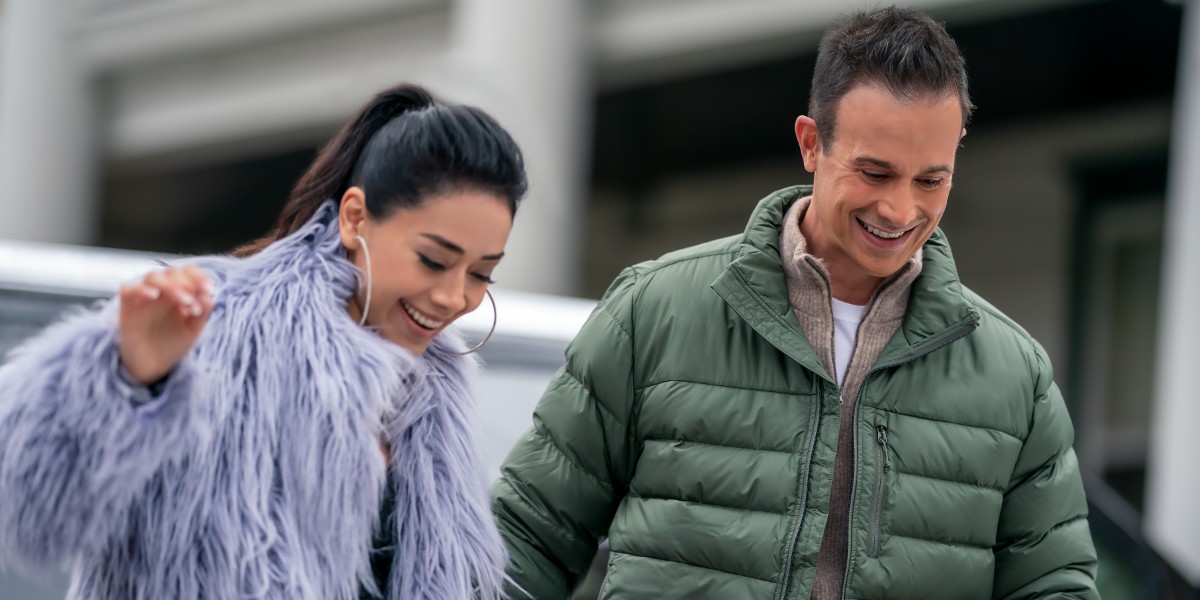 The Netflix romantic-comedy film ‘Christmas With You’ is directed by Gabriela Tagliavini and based on a story by producer German Michael Torres. It stars Aimee Garcia and Freddie Prinze Jr in the lead roles. The film tells the story of a famous singer Angelina who meets music teacher Miguel, leading to an exciting romance between them.

Angelina spends time in Miguel’s Latin American household and bonds with his family while the duo works on a new Christmas song to revive Angelina’s career. Therefore, viewers must be curious to learn whether the actors are Latin and if they can play the piano in real life. If you are looking for answers to those questions after watching ‘Christmas With You,’ here is everything you need to know! SPOILERS AHEAD!

In ‘Christmas With You,’ actress Aimee Garcia essays the role of Angelia. Garica was born in Chicago, Illinois, and graduated from Fenwick High School while living in Oak Park, Illinois. She made her screen debut in 1996 and rose to prominence with her performance as Young Nina in the drama series ‘American Family.’ Garcia is arguably best known for her performance as Ella Lopez in the supernatural drama series ‘Lucifer.’ In reality, Garica’s father, Hector, hails from San Juan, Puerto Rico, while her mother, Eloisa, is Mexican. Hence, it is evident that Garcia is of Latin American descent.

Actor Freddie Prinze Jr appears in the film opposite Garcia as Miguel, a single father and music teacher. Prinze Jr was born in Los Angeles, California, and spent the majority of his childhood in Albuquerque, New Mexico. He made his screen debut in 1995 and gained recognition through roles in films such as ‘I Know What You Did Last Summer’ and ‘Scooby-Doo.’ Viewers may be acquainted with the actor’s voice performance as Jedi Master Kanan Jarrus in the animated series ‘Star Wars Rebels.’ Prinze Jr is the son of Frederick James Prinze Sr. (born Frederick Karl Pruetzel), a prominent actor and stand-up comedian. Prinze Sr’s mother was Puerto Rican, making Prinze Jr partially Latin.

‘Christmas With You’ is a feel-good comedy with a strong family theme. However, the film’s music is its real strength. In the movie, Angelina visits Miguel’s home after fleeing the city when the pressure of writing a new Christmas song starts to mount on her. During her time at Miguel’s house, she finds his musical notes on the piano. Miguel is working on a new song, and Angelina offers to help him complete it. As the duo works on the song together, several scenes feature Aimee Garcia and Freddie Prinze Jr playing the piano.

In reality, neither Garcia nor Prinze Jr are musicians. Outside his acting work, Prinze Jr is known for his work with WWE as a writer and director. The actor also dabbles in Brazilian Jiu-Jitsu and holds the rank of purple belt. However, his resume does not appear to indicate any musical talents. Therefore, it is unlikely that it is actually Prinze Jr playing the piano in ‘Christmas With You.’ On the other hand, Garcia contributed to the film’s soundtrack by performing most of her character’s musical pieces. She also did a musical performance during her time on ‘Lucifer.’ Hence, it is likely that Garica does know how to play the piano.

Read More: Who Is Christmas With You’s Angelina Chavez Torres? How Did She Die?