Are Frank and Crissa From The Circle Still Friends? 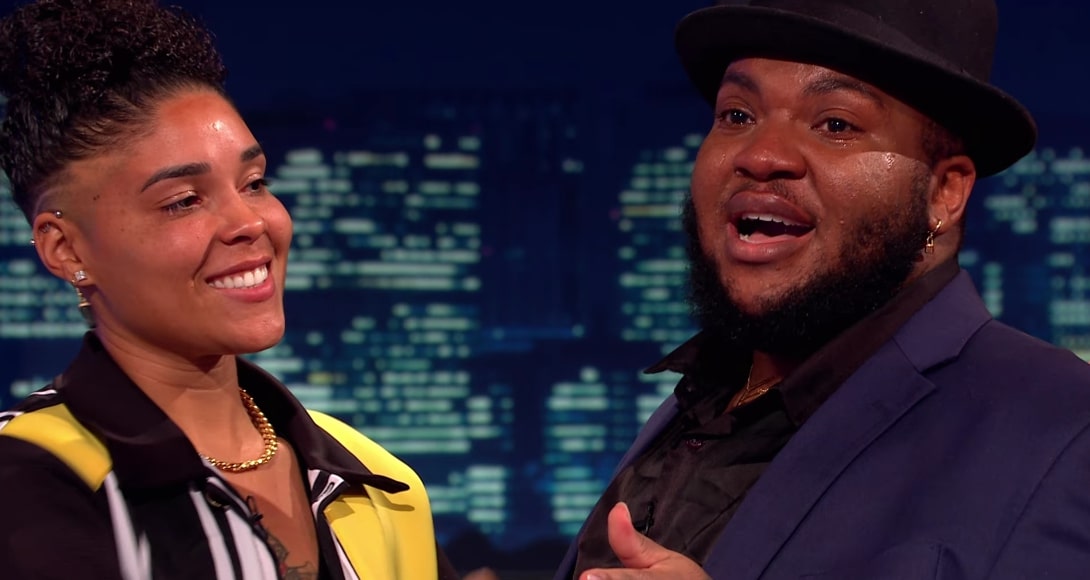 If there’s one thing we know about Netflix’s ‘The Circle’ from having followed it since its premiere in early 2020, it’s that the reality show is always as excitingly unexpected as it is entertaining. After all, apart from strategic catfishes, it includes dramatic feuds, true friendships, and casual flirtationships to genuinely shine a light upon the different sides of human nature. Amongst these in season 4 was the incredibly wholesome bond between former professional athlete Crissa Jackson and school social worker Frank Grimsley. Now, let’s find out precisely where this duo stands today, shall we?

Frank and Crissa’s The Circle Journey

Although Frank and Crissa had both stepped into this social experiment on the first day, they didn’t have a proper conversation until Jared (Spice Girls Emma Bunton and Mel B) invited them to a group chat. That’s when the basketball player immediately opened up to deem her fellow contestants her “boys” because she knew just from observing their profiles that they could easily vibe off of one another. The hashtag “#CrissaMySister” then came into play thanks to Frank, following which things got a little TMI, but nobody really minded it since it gave them common ground to get closer.

The truth is that Frank and Crissa soon realized the other was being their authentic self at every step of the way, whether during games or Circle discussions, which just drew them together. At one point, the former even said, “Me and Crissa have been vibing, and we have been keeping it 100 with each other, and I love that,” before adding that she’s his absolute favorite. Neither of them had any doubts in their minds about whether their alliance could actually be a catfish, giving way to not only sheer honesty and trust but also dreams of them entering the finals side-by-side.

As the days passed, despite forming new connections with other participants to move forward in the game, the alliance between the two energetic extroverts seemingly evolved into a real siblingship. That’s why Frank was utterly devastated to learn his “sister” was the second person to be booted off, unaware that she’d done him one last favor by hyping him up to Yu Ling. When the latter came to deliver the news of her elimination face-to-face, Crissa candidly told the influencer to play the game with her heart and stick by Frank. Her parting advice, “I say, Frank all the way.”

Are Frank and Crissa Still Friends?

Crissa Jackson was undeniably the most excited to find out that her “boy” Frank was in the finale, evidenced by the massive applause and hug she gave him upon their meeting before the results. Thus, of course, once Frank was crowned the winner, Crissa was also the first one to jump out to genuinely celebrate with him, making sure he knew he deserved every piece of it. 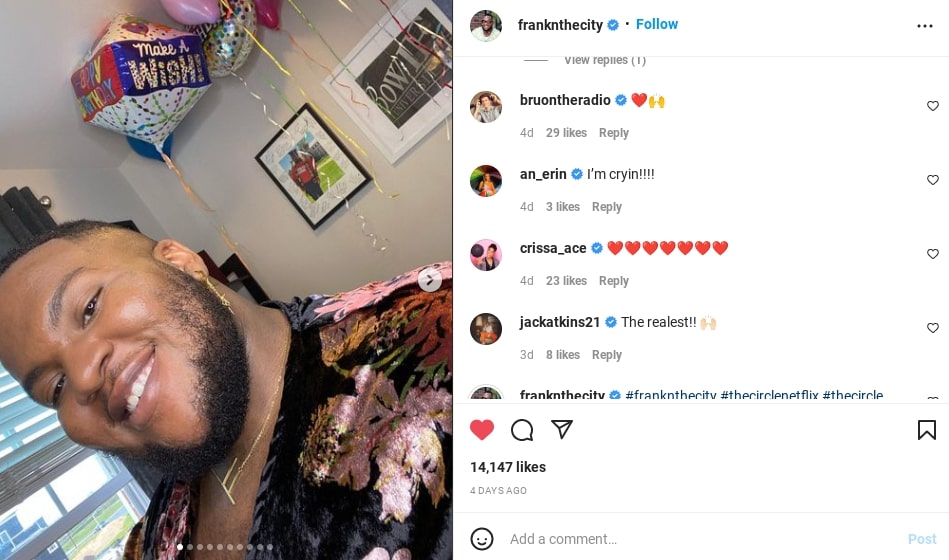 Therefore, we’re happy to report that Frank and Crissa are not only still in touch but also great friends. They’re not as vocal about their association as some of the other cast members, yet their sweet interactions on social media in the form of supportive comments make their standing clear. It honestly seems like their relationship — built up from their similarities — is only growing day by day.