Are Henry Cavill and Anya Chalotra in The Witcher: Blood Origin? 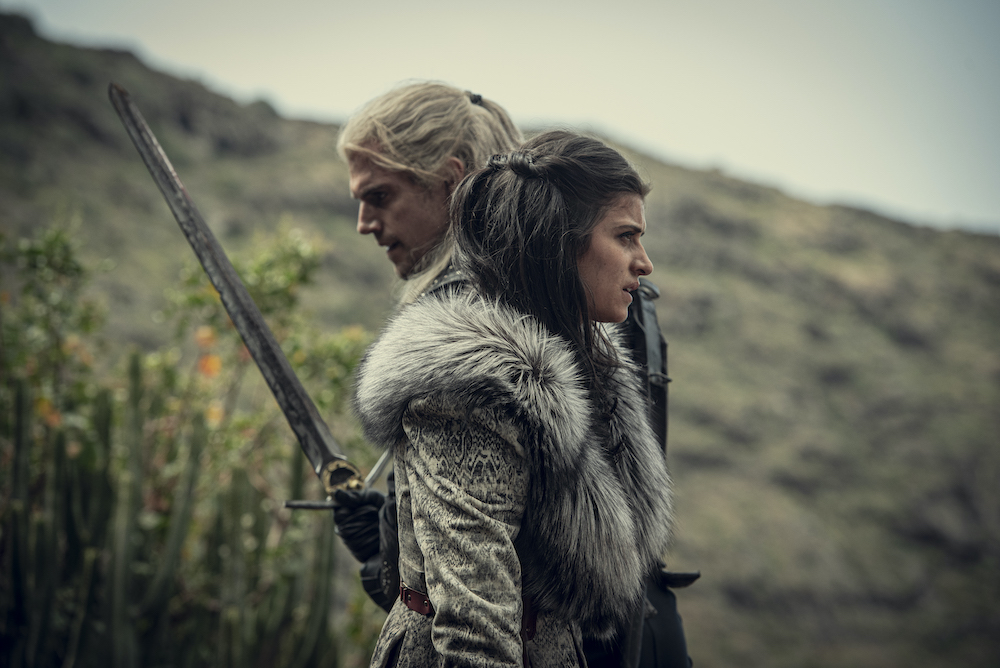 Netflix’s ‘Blood Origin’ is a self-contained story set in the world of ‘The Witcher’. It takes place more than a thousand years before its parent series and employs its premise to answer several questions about its characters as well as the events that have been repeatedly mentioned in ‘The Witcher’. The ending, especially, paves the way for the third season of the Geralt and Ciri-based series, and even introduces characters who will play a pivotal role in the story in the future.

To clearly establish the connection between the two shows, Jaskier from ‘The Witcher’ also makes an appearance in the prequel series. It might make you wonder whether this opens the possibility for the appearance of other important characters like Geralt and Yennefer. Do Henry Cavill and Anya Chalotra reprise their roles in ‘Blood Origin’? Let’s find out. SPOILERS AHEAD

Are Geralt and Yennefer in The Witcher: Blood Origin?

No, Henry Cavill and Anya Chalotra don’t appear in ‘Blood Origin’ as Geralt of Rivia and Yennefer of Vengerberg. The reason behind their absence is simply that they weren’t yet born according to the timeline of the story. While they are blessed with a considerably longer span of a lifetime, it doesn’t stretch to thousands of years. In fact, ‘Blood Origin’ takes place in a time when the species under which Geralt and Yennefer fall weren’t even on the Continent yet. Hence, it wouldn’t make sense for their characters to appear in the show.

Despite the time difference between ‘The Witcher’ and ‘Blood Origin’, the show does employ Jaskier as the conduit between the two stories. In ‘Blood Origin’, Jaskier is pulled out of a battle by a shapeshifting time-traveling elf who tells him the story of the seven people who stood against the establishment and led to the events such as the Conjuntion of the Spheres which radically changed the face of their world. Because storytelling is used as a device to connect ‘Blood Origin’ to its parent series, it makes sense that the bard must be the one to build that bridge.

Apart from Jaskier, fans also have quite a surprise in the end-credits scene where Ciri makes a brief appearance. Again, her presence in the show was important to connect the events in ‘Blood Origin’ to ‘The Witcher’ Season 3. Even with that, we don’t see Ciri at the same point in time where we find Jaskier at the beginning of ‘Blood Origin’. So, technically, actress Freya Allan didn’t have to set aside time to shoot any scenes for the prequel series.

Considering all this, it is fair that Henry Cavill and Anya Chalotra were not brought on board ‘Blood Origin’, because their characters are on a completely different path at this point in time. At the end of ‘The Witcher’ Season 2, both Geralt and Yennefer had decided to give their full attention to Ciri and help her control her powers. By the time the third season arrives, we expect that Ciri has made some progress and that both her guardians have some idea of how to guide her further.

Meanwhile, ‘Blood Origin’ gives us a hint as to where Ciri’s powers really come from. The prequel creates its own world which looks quite different from Ciri’s. Yet, by the end of the series, there are more similarities between the world that was a thousand years ago and the world that Ciri lives in. It barely adds to the lore of the Witchers and sorcerers, which is why there is no mention of Geralt or Yennefer in ‘Blood Origin’.

Read More: Who is the Narrator of The Witcher: Blood Origin?