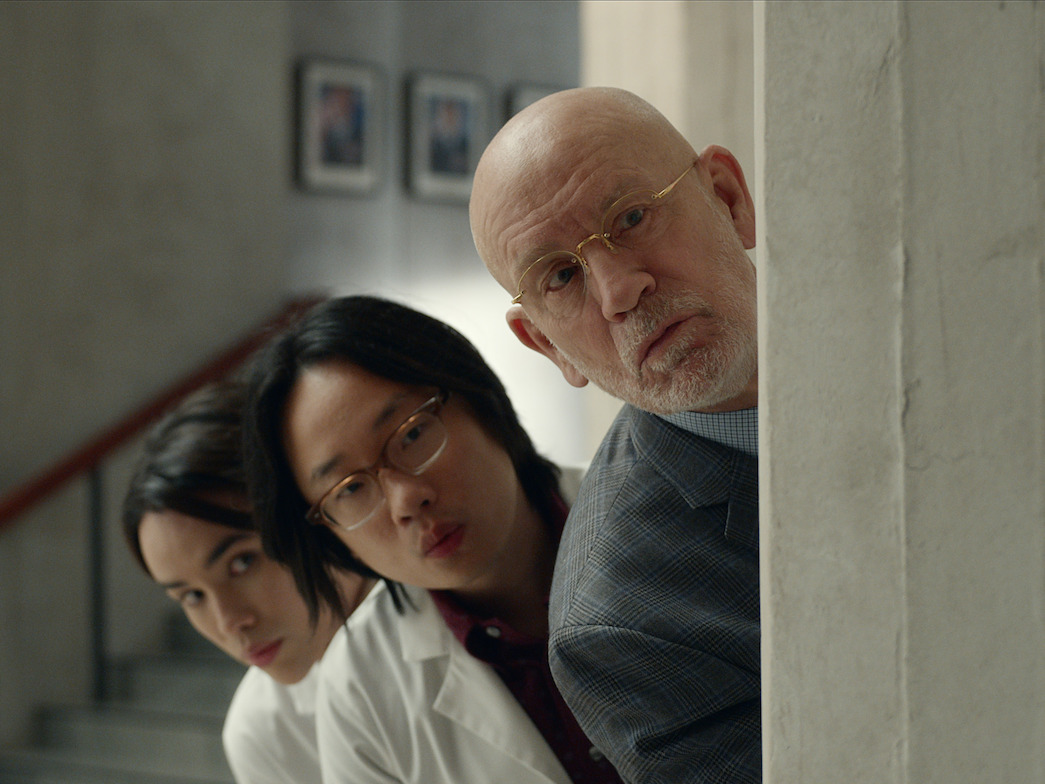 Netflix’s ‘Space Force‘ follows the bumbling, comedic, high stakes antics of the titular agency and its employees, all under the leadership of the unmistakeable General Mark Naird (Steve Carell). The General and his trusty team undertake missions of national importance that invariably turn into complicated follies. Perhaps it’s all the trouble they keep getting into, but team Space Force seems to be very adept at digging themselves out of the epic conundrums they fall into along the way.

Dr. Chan and Captain Angela Ali are part of the core Space Force team, the former being the scientist second in command to Dr. Adrian Mallory. The latter is the poster child (and only press-friendly) astronaut in the space agency. However, things don’t seem to be going too well for either, and they (separately) plan on leaving their jobs at our beloved space agency. As unthinkable as it sounds, could this be the last that we see of Jimmy O. Yang’s Dr. Chan and Tawny Newsome’s Angela Ali in ‘Space Force’? Let’s take a closer look at what we know.

Season 2 builds on Chan and Angela’s storylines as individual characters and also introduces a romance between them. While Chan is Mallory’s right-hand man, Angela seems to be Naird’s protege. A helicopter pilot when she initially meets him in season 1, Angela is promoted by the General, who gives her the chance to be part of Space Force’s first Lunar mission. This eventually results in Angela becoming the first Black woman on the moon and a bit of a national hero.

The tumultuous lunar mission and the subsequent media frenzy don’t agree with the young pilot, and she finds solace in Chan. A brief physical relationship sparks up between the two but then breaks down, causing unbearable levels of awkwardness (and a little bit of heartbreak). Thinking she will never get out of her funk and that she doesn’t deserve the label of a “hero” bestowed upon her, Angela decides to leave Space Force. She even tells Naird to expect her resignation.

Meanwhile, frustrated by the budget cuts and bureaucracy at the agency, Dr. Mallory begins discussing potential positions with a rival space agency, Space X. He ropes Chan in, and the two have a secret VR tour of the Space X facilities. Eventually, Chan gets a job offer that pays five times as much. On the other hand, Dr. Mallory is unable to cope with the new-fangled approach that Space X takes and doesn’t even get an offer from the competing agency.

Thus, for most of the season 2 finale, it appears that both Angela and Chan plan on leaving Space Force for their respective reasons. Of course, the awkwardness between them also pushes them to quit. However, all is not lost, and when the two find themselves inadvertently stuck together in an elevator during a blackout, they work things out and even begin to rekindle their romance. Furthermore, Angela is promoted to Major (before she hands in her resignation), and Chan realizes he has a lot to learn from Dr. Mallory, which he’ll be unable to do at Space X.

Thus, in the end, both Dr. Chan and Angela Ali decide to stay back with Space Force. Once again, though they have their individual reasons, their change in heart is also because the two are able to finally patch up and end the torturous awkwardness between them. In fact, Dr. Mallory even hints that perhaps the reason Chan is staying back is Angela. Thus, with the Space Force gang united at the end of season 2, we can expect to see more of Jimmy O. Yang’s Dr. Chan and Tawny Newsome’s Angela Ali in potential future seasons of the show.