Are Junior, Nica, Andy Dead or Alive in Chucky?

‘Chucky’ season 1 revolves around the titular serial killer doll’s quest to corrupt innocent teenagers into becoming murderers like him. Lexy, Jake, and Devon become a thorn in Chucky’s path and, in the season finale, make one last attempt to stop the doll’s machinations. Although they do succeed in getting rid of Chucky for now, there are a fair bit of fatalities that make the occasion somber. As the season comes to a close, we are sure viewers would be wondering who lives and who dies. Here’s a definitive answer about Junior, Andy, and Nica’s fates at the end of ‘Chucky’ season 1!

Does Junior Die in Chucky?

By the season 1 finale, Junior has sided with Chucky. Junior murdering his father helps Chucky split his soul into various Good Guy dolls and reinforce his cult. Therefore, it is safe to say that Junior is an essential player in Chucky’s plans. However, in the final act of the season finale, Junior and Chucky try to convince Lexy to join them. However, during their conversation, Lexy ends up reminding Junior of their bond and his innocent side.

Seeing that Junior’s grip on his emotions is slipping, Chucky tries to threaten Lexy into joining them. Before Chucky can harm Lexy, Junior steps in and stabs the doll. He manages to finish off Chucky but is himself stabbed in the process. Thus, in his final moments, Junior redeems himself and passes away. In the end, Jake, Lexy, and Devon visit Junior’s grave and vow to remain together and fight against any future threats.

What Happens To Nica?

Nica Pierce is a paraplegic woman who is the host of a shard of Chucky’s soul. From time to time, she snaps out of Chucky’s control and regains consciousness. In these moments, she has built a bond with Tiffany, who wishes to keep Nica with her. However, Tiffany is concerned about Chucky taking over Nica’s body and making life difficult for both of them. To avoid such a scenario, Tiffany comes up with a solution in the season finale. 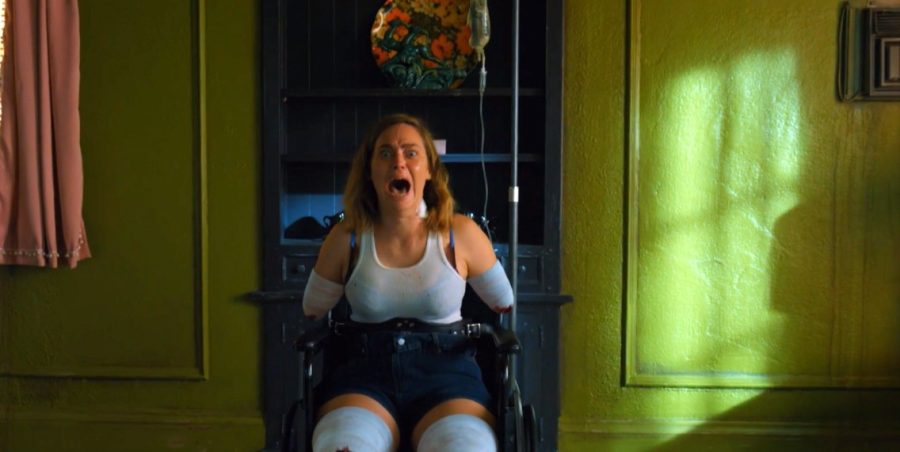 After drugging Nica and driving her away from Charles Lee Ray’s old house, Nica doesn’t appear until the end. In the closing moments, we see Tiffany reuniting with Nica as the latter realizes all her limbs have been amputated. It isn’t clear exactly how this is supposed to stop Chucky from taking over Nica’s body, but Nica suffers an extremely dire fate. Her torture at the hands of Chucky and Tiffany is likely to continue making death her only chance of escaping the torment. For now, Nica is alive and must face whatever consequences her new physical state brings.

Andy Barclay is arguably the most popular human character in the ‘Child’s Play‘ franchise. He is Chucky’s arch-nemesis and knows the full extent of the killer doll’s threat. Therefore, it is understandable that Chucky would want to get rid of Andy. However, in the season finale, it is Tiffany who ends up threatening Andy’s life. She rigs the entrance to Charles’ house with explosives, and Kyle ends up triggering it while Andy is inside. In the resulting explosion, both Andy and Kyle are presumed dead.

However, staying true to his reputation as Chucky’s sworn enemy, Andy returns (with some minor injuries) to thwart Chucky’s plans. He survives the explosion, and towards the episode’s end, drives away the Chucky dolls. Nonetheless, he ends up walking into more trouble as a Tiffany doll emerges from the truck transporting the Chucky dolls and holds Andy at gunpoint. She forces Andy to drive to the airport from where the Chucky dolls will be sent across the country. In the end, Chucky once again manages to one-up his longtime foe, and their battle is likely to continue.