Are Psalms Salazar’s Whisper and Gail Bean’s Roulette Based on Real Strippers? 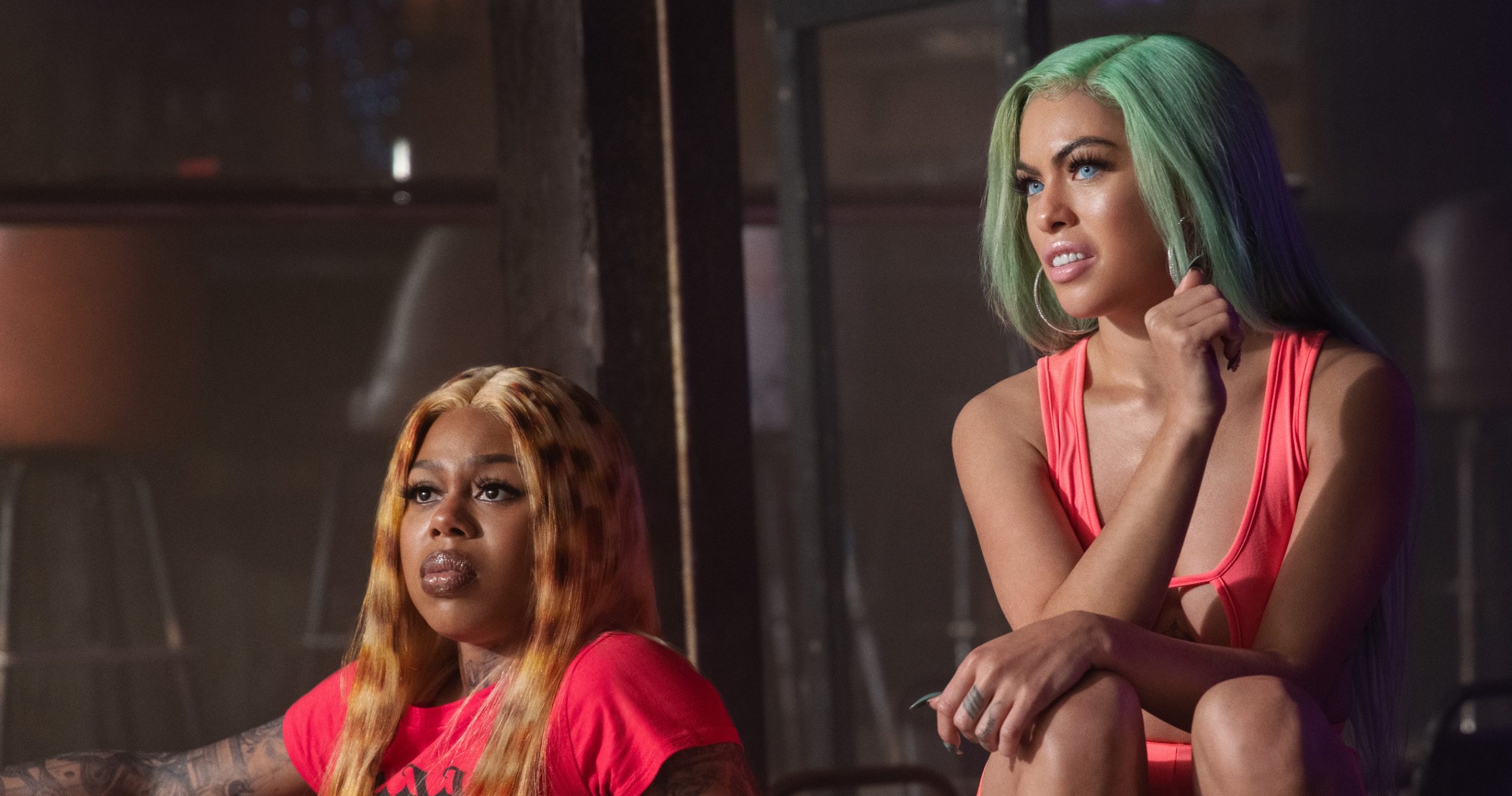 The second season of Starz’s drama series ‘P-Valley’ revolves around a new chapter of The Pynk’s existence. Hailey Colton AKA Autumn Night becomes the principal owner of the strip club and she gives a small share of the ownership to Uncle Clifford. Keyshawn and Gidget leave The Pynk due to personal concerns and Mercedes looks forward to her last day in the strip club before opening her gym. To fill the vacancies, Hailey conducts an audition and selects three new strippers. Among the three, Whisper (Psalms Salazar) and Roulette (Gail Bean) become overnight sensations at The Pynk, making the viewers intrigued about the two of them. If you are eager to know whether the two strippers have real-life origins, let us share what we know!

Are Whisper and Roulette Based on Real Strippers?

No, Psalms Salazar’s Whisper and Gail Bean’s Roulette are not based on real strippers. The fictional characters are originally conceived by Katori Hall, creator of the show, for ‘P-Valley.’ Hall considers Whisper and Roulette as “two of the best female characters I’ve ever come up with,” according to EW. As per Hall, Whisper and Roulette will pave the way for conflicts in The Pynk, which will be a significant part of the second season. “[…] there’s talk of these two women [Whisper and Roulette] taking over Mercedes‘ set. That itself is this huge conflict that reverberates throughout the locker room onto the main floor throughout the entire season,” Hall added to EW.

The tensions Whisper and Roulette create in the strip club are the foundations of the two characters. “They [Whisper and Roulette] are willing to break the rules, especially Roulette, constantly challenging the status quo and how the club is run, which annoys Uncle Clifford because she loves her rules to be followed,” Hall revealed to EW. When the other strippers have always followed the rules and words of Clifford, Whisper and Roulette are set to challenge the very same to turn The Pynk into their domain. “These two women quickly see they’re opposite, and they find that by working together, they can conquer the club and achieve their dreams,” Hall added.

Hall wasn’t completely detached from reality to conceive Whisper and Roulette, or any other stripper characters in the show for that matter, since the creator had researched extensively for the show. “I went to clubs in [Washington] D.C., Atlanta, Memphis, L.A., all over the nation, and interviewed about 40 women over six years,” the creator told Los Angeles Times about the preparation she had done to create ‘Pussy Valley,’ the source play of the show. The experience must have significantly influenced Hall to conceive Whisper and Roulette as well.

Even though Psalms Salazar had worked in a strip club, Whisper is not based on the actress’ life. But Hall admitted that Salazar has brought something unique to the character. “There was this high level of authenticity that she [Salazar] brought to the role and an understanding of the world,” Hall told EW in the same interview. Hall also created Whisper differently from other characters. “Whisper has a different energy where there’s a softness about her, which I think isn’t always displayed in the other characters,” the creator added to EW. As far as Roulette is concerned, we can expect her to challenge Mercedes’ throne. “Roulette is even more fiery than Mercedes,” Hall added.

As the second season progresses, we can expect Whisper and Roulette to build a strong companionship that challenges the ways and norms of The Pynk. “The trust that we see them [Whisper and Roulette] build is replicated on the pole, and when these two get together, you can see they’re a dynamic duo, and it goes from the pole to the locker to the outside,” Hall said in the same EW interview.

Read More: Is Farrah Haynes Gay or Bisexual in P-Valley?