Are Rowan Blanchard and Auli’i Cravalho Gay or Bisexual in Real Life? 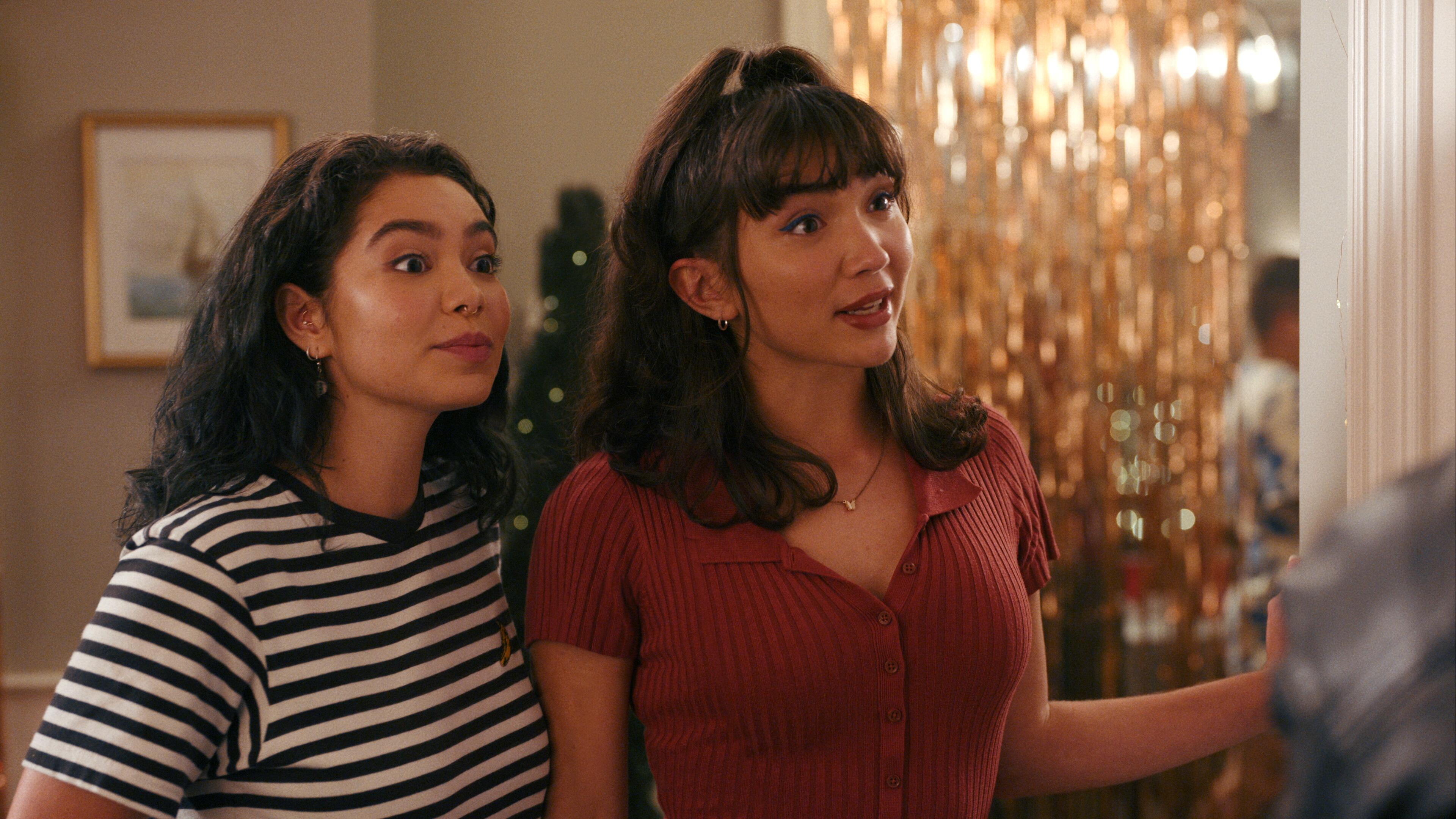 Directed by Sammi Cohen, ‘Crush’ is an entertaining romantic comedy movie that explores the feeling of first love through the eyes of a lesbian teenager named Paige (Rowan Blanchard). To win over her long-time crush Gabriela, she enrolls in the school’s track team led by her. However, soon Paige unexpectedly falls for Gabriella’s twin sister AJ (Auli’i Cravalho), who identifies as bisexual. As she gets to know both siblings better, Paige starts feeling confused about who she really wants to be with.

Given the authentic depiction of teenage LGBTQ+ relationships and the stellar cast performances in ‘Crush,’ you must be surely intrigued to find out whether Rowan and Auli’i Cravalho are gay or bisexual in real life too. Well, here is everything we can tell you about them. SPOILERS AHEAD.

Are Rowan Blanchard and Auli’i Cravalho Gay or Bisexual in Real Life?

Yes, both Rowan and Auli’i are proud members of the LGBTQ+ community, thus making their portrayals of Paige and AJ even more authentic. Rowan Blanchard was born in Los Angeles, California, on October 14, 2001, to yoga instructors Elizabeth and Mark Blanchard-Boulbol. At the age of 5, she bagged a role in the movie ‘The Back-up Plan’ and has since gained recognition for her performances in the TV series ‘Girl Meets World’ and ‘Snowpiercer.’ She has also done commendable work in the movies ‘Spy Kids: All the Time in the World‘ and ‘A World Away.’ 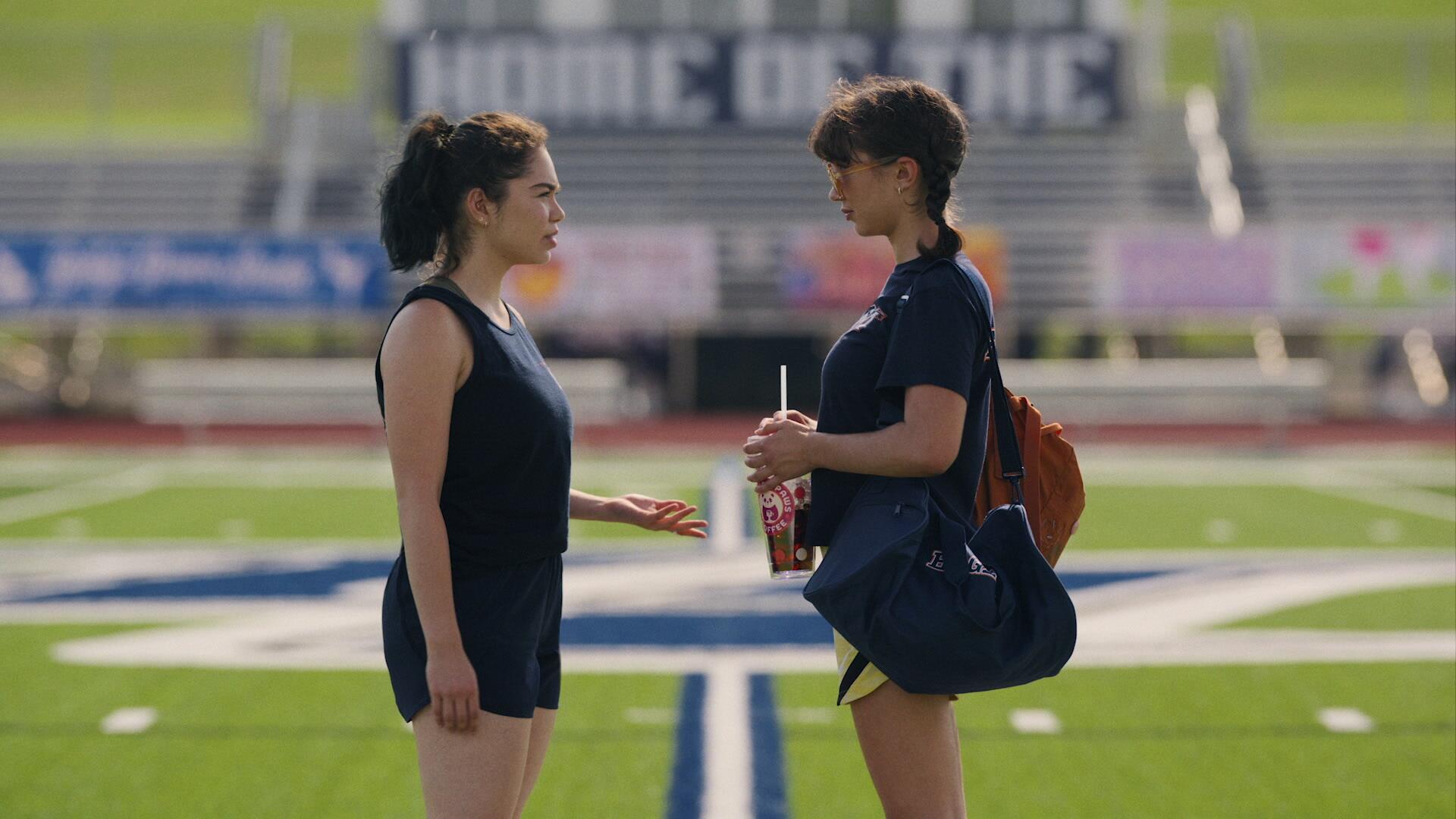 Not just that, Rowan has received multiple award nominations and was featured on the Most Influential Teens in 2015 list by Time Magazine. In January 2016, she shared on Twitter that though she has mostly been attracted to boys in the past, she identifies as queer. In a now-deleted tweet, Rowan wrote that she doesn’t wish to label herself as straight, gay, or otherwise, but as she is open to liking any gender in the future, she prefers the term “queer.” Despite facing shocking backlash and criticism from followers on her declaration, Rowan has continued to be an advocate for the queer community and women’s rights.

Born on November 22, 2000, in Kohala, Hawaii, Auli’i Cravalho debuted as the lead voice actor in the Disney animated movie ‘Moana‘ during her high school freshman year. Other than that, she is best known for her performances as Amber in the movie ‘All Together Now‘ and Lilette in the TV series ‘Rise.’ For her work in ‘Moana,’ Auli’i has won three prestigious awards and several nominations. In October 2020, Auli’i came out as bisexual to her fans via a Tik Tok video.

In a June 2021 interview, the actress divulged that she had been dating girls since high school but never considered announcing it publicly. However, she was overjoyed at the encouragement she received from her fans and old friends when she shared the video. Auli’i stated that the usage of gender-fluid terms in cinema has helped her accept her identity better and said, “I’m glad that these terms [pronouns] are being used in film because that’s just going to help me and help others use it in their daily lives.”

Furthermore, Auli’i emphasized the importance of diversifying the portrayal of the LGBTQ+ community on-screen and added, “If you’re playing someone who is part of the LGBTQ spectrum, that isn’t just the storyline…There’s so much more to them. We are straight-A students. We are avid readers. We have these wild imaginations. We don’t know what the heck we’re doing, but also don’t just show us in the light of ‘My sexuality is this burden,’ because it’s not. It is so joyful.” She also revealed that her coming out had helped her get roles that represent the community.

Though it is unclear how much of their real-life experiences Rowan and Auli’i have used while playing Paige and AJ in ‘Crush,’ they feel that the movie is important for them personally. In addition, they have definitely done a brilliant job in helping add depth to the narrative of the LGBTQ+ community in cinema.