Are Tom and Ariana From Vanderpump Rules Still Together? 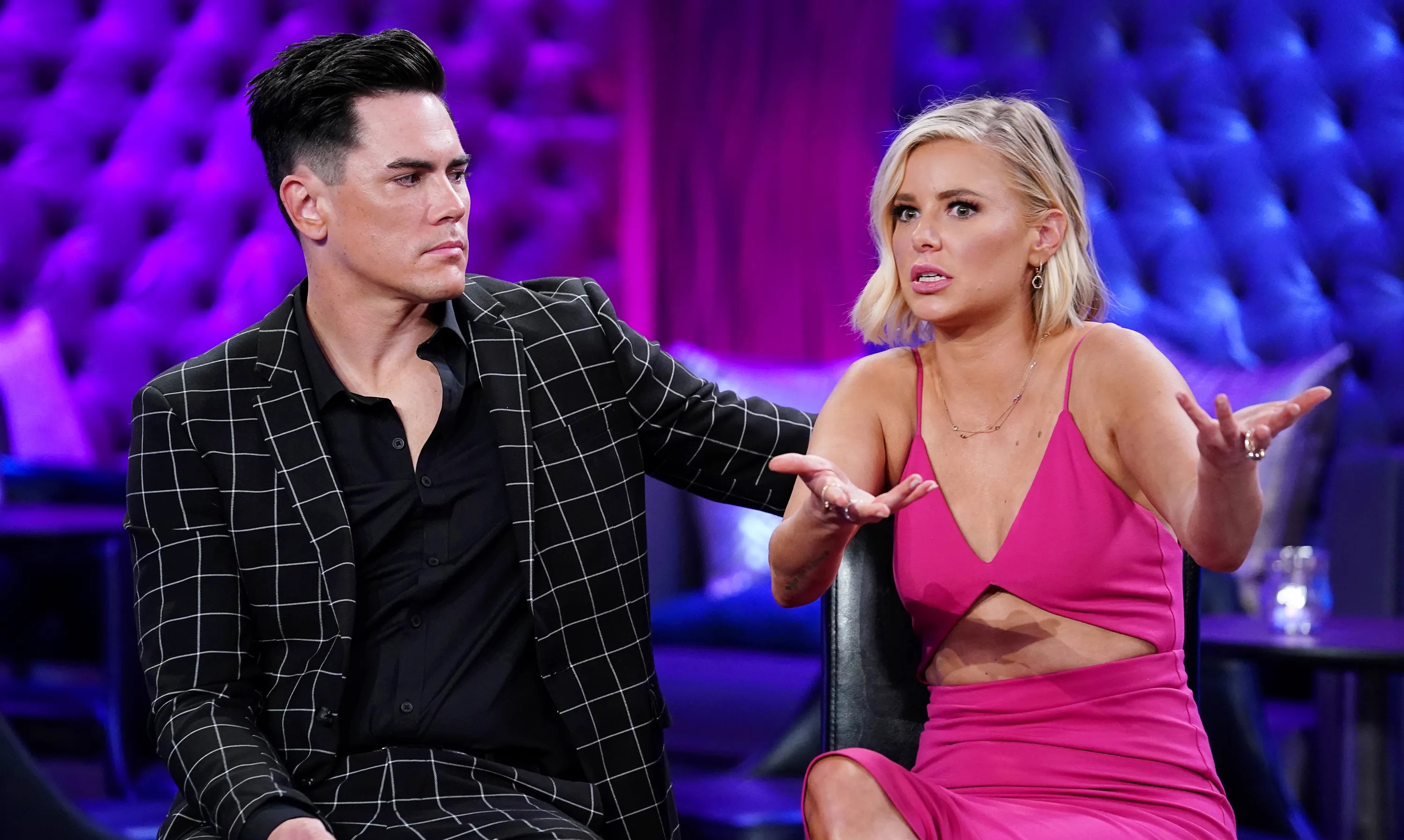 ‘Vanderpump Rules‘ is a reality series that follows Lisa Vanderpump from ‘The Real Housewives of Beverly Hills‘ and her restaurant staff. It first aired in 2013 as a spinoff show from the Beverly Hills iteration of ‘The Real Housewives‘ franchise. The show closely follows the Vanderpump employees as they go about their personal and professional lives. Thanks to their entertaining presence, several cast members have gained many admirers.

Tom Sandoval and Ariana Madix are two of the most followed members of ‘Vanderpump Rules’ with fans eager to know about their every move. From the very start, their dynamic has been full of drama that the viewers cannot help but be attracted to. The two have been a part of the show since the first season and have seen many ups and downs, making their fans curious to know more about the couple. Are the two still in a relationship, or have they gone on their separate paths? Well, here’s what we know about the same!

Tom Sandoval has been a regular presence on ‘Vanderpump Rules’ since the show commenced and was initially a bartender at SUR Restaurant & Lounge. During the early seasons of the reality series, Tom was in a relationship with Kristen Doute, a server at the same restaurant. The couple was in an on-and-off relationship, and their dynamic became even more unstable when Ariana Madix joined the SUR staff as a bartender. Though many claimed that Tom cheated on Kristen with Ariana, both bartenders denied such allegations.

As season 2 ended, Tom and Kristen broke up for the final time offscreen, and within a year, he and Ariana began dating. Many believed that Kristen was anything but happy with the two getting together and purportedly went to great lengths to split the couple up. During season 3, viewers saw her bring a woman from Miami, Florida, to SUR because the woman claimed to have allegedly slept with Tom.

The accusations flabbergasted Tom and Ariana, who decided to walk out of the scene. “I almost wish I didn’t [leave]. The reason why we left is because we felt like production was pulling this whole thing. We were, like, ‘Oh, so random people just show up now,” Ariana told US Weekly. “I do regret, I guess just not fully calling out the whole real story, like on camera and staying there.”

“If I can do anything over again, I just would have never even filmed with [Miami girl]. I just don’t think it’s really fair. Like, so I can, like, make up something about anybody and then end up on our show?” Tom shared with US Weekly. “I wish I would have just never even engaged in that at all.” Following the incident, Tom and Ariana resolved their issues with Kristen, and the three now share an amicable bond.

During season 7, Tom Sandoval, Lisa Vanderpump, and Tom Schwartz opened up a new bar in West Hollywood, California, called Tom Tom Restaurant & Bar. Ariana, too, left her position as a bartender at SUR in 2019 though she is still a part of the reality series. Many of their fans are curious to know what the couple is up to these days and how their relationship is faring, and we have just the answers they need!

Are Tom and Ariana Still Together?

Yes, Tom and Ariana are still in a relationship. The two have supported each other through thick and thin. In 2020, Ariana opened up about her struggles with depression on ‘Vanderpump Rules,’ and Tom stood by her side. “All I could do is try to be supportive, try not to be annoying. Because I’ll try to overcompensate it and it’s annoying. I know it’s annoying, but I don’t know what to do,” he admitted to US Weekly. “I want to help. I want to help, but you can only do so much.”

In 2019, Tom and Ariana got a new house worth over $2 million in the Valley Village area of Los Angeles’ San Fernando Valley and were quite happy in their new residence. “Ariana is so happy. It’s so great,” Tom told US Weekly. “It’s a big, beautiful house. We saw a lot of houses, and this one had definitely the nicest finishes. It has pocket doors, so it fully opens up. Indoor-outdoor living space. It’s got a pool and jacuzzi. It’s so sexy.”

Tom and Ariana have also co-authored a book titled ‘Fancy AF Cocktails: Drink Recipes from a Couple of Professional Drinkers,’ published in 2019. Later, the two were involved in a lawsuit from Alison Baker regarding a breach of contract concerning the book. However, it has been reported that Baker dropped the case in 2022. As of writing, the couple seems quite happy with each other and are making strides in their respective careers. We wish Tom and Ariana the best in their lives and hope to see them grow more successful.