Are Veronica and William From Love is Blind Brazil Still Together? 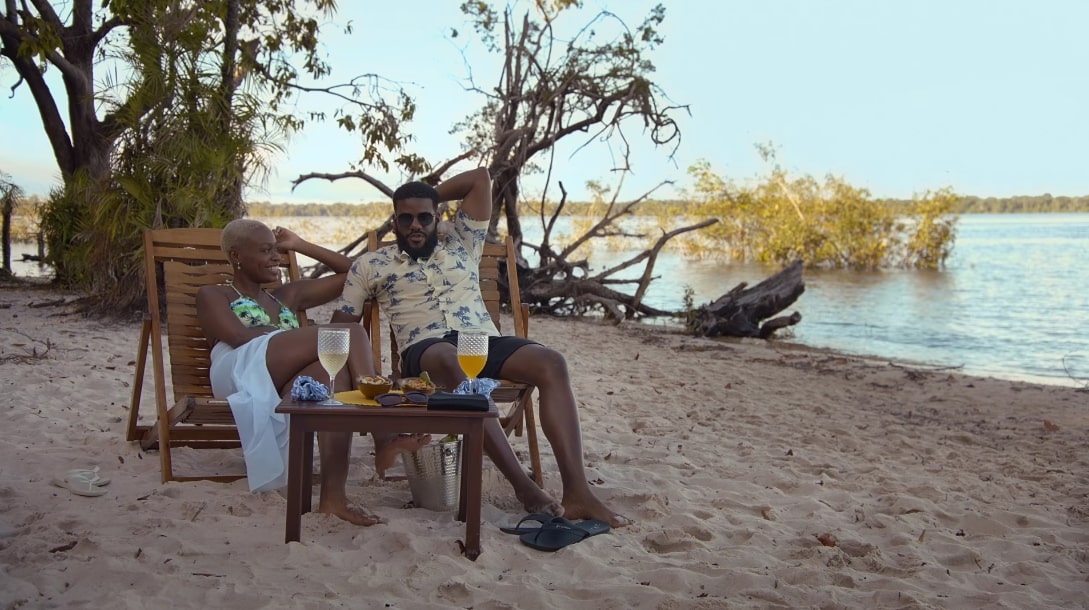 While there’s no denying every romantic relationship has its fair share of ups and downs, things do get a lot more intense when there’s the added public pressure to make the bond last for good. Well, at least this is the case for most couples arising out of reality dating productions across the globe, including Netflix’s original ‘Casamento às Cegas: Brasil‘ (or simply ‘Love is Blind: Brazil’). Amongst them in season 2 were actually none other than Veronica Brito and William “Will” Domiencio — so now, let’s find out more about them as well as their current possible standing, shall we?

The moment 31-year-old model-entrepreneur Veronica came across our screens, she made it evident she was a strong, independent, empowered woman who needed no man but desired one. Her only hope was he be kind, caring, loyal, and maybe Black (like her) so they could experience life together without her having to explain the sadly prevalent racial disparities at every turn. Therefore, the fact she connected with Will from the get-go was an absolute stroke of fate, especially as he preferred the same — neither minded dating white; they just wanted someone racially aware. 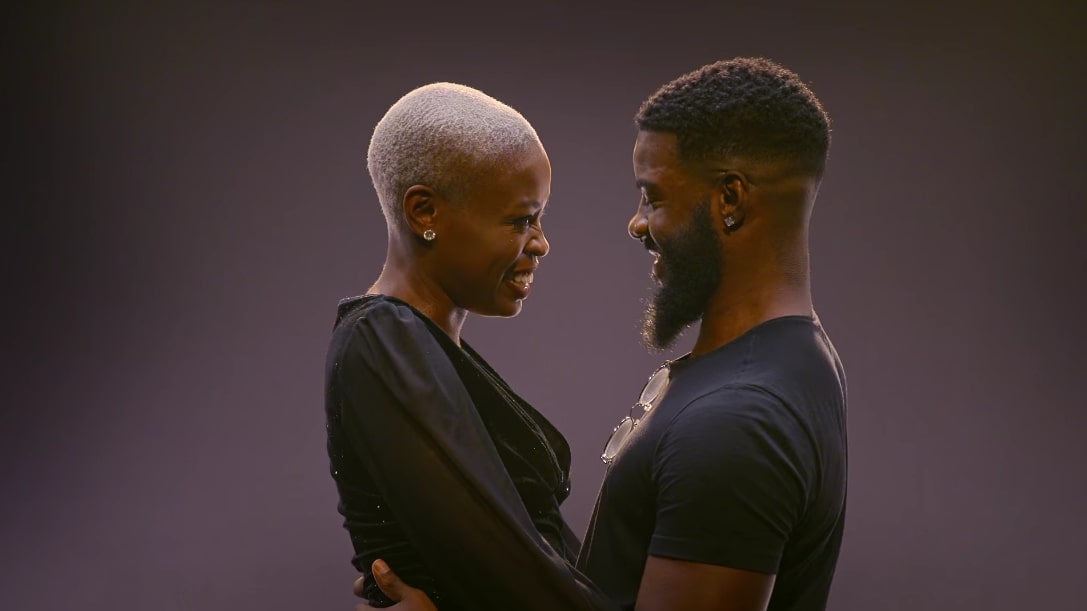 However, the truth is Veronica and Will both felt an undeniable spark without any explicit dialogue regarding their skin color; his bashful honesty, her confidence, and their maturity paved the way. Their finding commonalities in their favorite genres of music, spontaneously adventurous spirits, and not being party animals while still having fun within the first ten minutes were all just a massive plus. The one aspect that made the biggest impact on their instant affinity, though, was their family-orientedness — their unwavering love, respect, as well as care for their respective families.

It thus comes as no surprise that after this first pod date itself, Veronica said, “[Will and I are] already making connections about things I really prioritize in life,” making it clear she was interested. On the other hand, the 26-year-old accounting assistant expressed a similar sentiment by stating, “I believe in people’s energies. She had a huge effect on me. Veronica is definitely different.” The fact their following conversations carried a similar tone, and he even had a fellow participant deliver a romantic message to her in the Women’s Lounge hence established them as a couple. 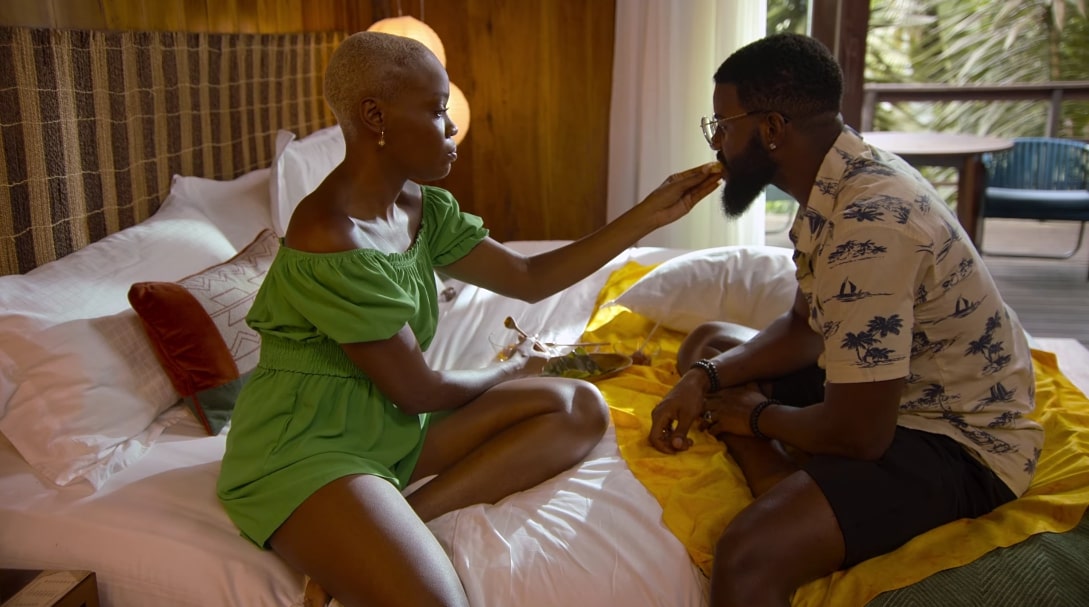 Will’s message of “if he can’t have her, he doesn’t want anyone else,” actually made Veronica open up to him a lot more, driving them both to share their past toxic relationship ordeals as well. From spirituality to fear of rejection and from independence to expectations for their future, the duo then covered every possible topic, making them fall extraordinarily, deeply in love day by day. Hence, of course, with them gradually giving themselves to one another in every way, shape, and form sight unseen, Will proposed with an utterly swoon-worthy speech, to which she obviously said yes!

Since Veronica and Will’s physical attraction was honestly at par with everything their emotional one in the pods portrayed, they got off to an incredibly cheeky yet romantic start in the outside world. The couple was understandably nervous when it came to meeting one another face to face at first, yet neither was disappointed with what they saw or what their partner innately represented. In fact, they were giddy with pure joy, love, and excitement — something that initially left Will dazed to his core and then continued even as they stepped foot into the Amazons for their “honeymoon.”

Are Veronica and Will Still Together?

There’s no denying that the bond between Veronica and Will was like straight out of a romance movie or novel, but they did have their fair share of personal doubts once they returned from the getaway. It wasn’t as if they ever felt uncomfortable or had a massive argument; it was just the realities of their lifestyles, the opinions of friends as well as family members, and their own histories soon began to creep up. Nevertheless, since the duo genuinely appreciated, honored, and respected one another enough to always be honest about their feelings, they were able to happily reach their big day.

Therefore, we’re happy to report that it appears to our optimistic eyes as if Veronica and Will not only managed to walk down the aisle to say “I do” but are still leading a blissfully married life together. The latter doesn’t actually follow the proud Black queen on her social media platforms as of writing, yet they’ve both made it evident they don’t regret having been a part of this dating experiment one bit.

In other words, it’s possible the couple may just be keeping things on the down low until they’re wholly ready to share every aspect of this personal part of their reality with the world. After all, apart from them being madly in love, Will had promised to do everything in his power to keep Veronica happy, which he admittedly knew was his end goal from date two itself. Moreover, both individuals are undeniably mature as well as naturally great communicators, so even if they do ever face significant problems, it’s highly likely they’re simply able to talk them out over time.

Read More: Are Thamara and Alisson From Love is Blind Brazil Still Together?