Are You the One Season 8: Where Are They Now? 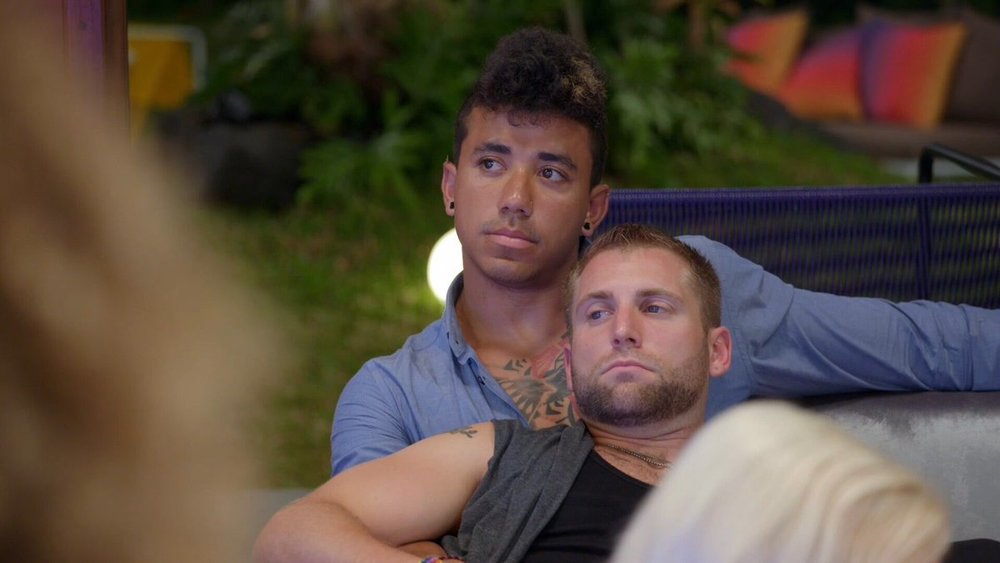 MTV’s ‘Are You the One?’ is a dating reality series that essentially revolves around a set of singles as they try to find their perfect mates — matched up by an actual algorithm. However, season 8 of this production is the one that broke all bounds by having a unique cast comprising individuals who are sexually fluid, which further brought on the aspect of anyone being anyone’s ideal partner.

There were a few undeniably steamy hook-ups, along with a lot of laughter as well as drama, yet the play eventually concluded with just $750,000 and one “perfect” couple. So now that it has been a while since we were first introduced to the vibrant contestants of the exciting eighth installment, let’s find out more about their current personal standing and romantic connections, shall we?

Aasha and Brandon were the first — and only — confirmed perfect match of the season, but it took them some time to get there because while he was simply reluctant, she genuinely wanted to explore her sexuality first. Thus, they became involved only after bonding on an intellectual level, just for things to not progress following their quiet evening in the “honeymoon suite” together.

“In the house, it could’ve gotten to the point where we got romantic,” Brandon admitted on the AfterBuzz TV reunion special. “But in the honeymoon suite, we were like… f**k this s**t, what happened?! We’re out way too early,” driving them to part ways for good. Therefore, although they both went on to kickstart their professional careers as college-graduated public figures/models, they led entirely different lives. As of today, it seems like Brandon has taken a back seat from everything, whereas the Miami, Florida native is still maintaining her hustle and online presence.

Like Aasha and Brandon, Basit Shittu and Jonathan Monroe were also a perfect match, yet they reportedly only paired up (and later split up due to long-distance) once filming came to an end. They didn’t want to create any unnecessary pressure or drama in their lives, so when the latter realized New York — Basit’s base — was not his place, they mutually chose to go back to being just friends. Hence, today, while Jonathan is a health/beauty expert in Los Angeles, his former partner is a musician, model, and the co-founder of Legacy: a Black Queer Production Collective.

Coming to cast members such as Jenna Brown Marie, Paige Cole, Danny Prikazsky, Kai Wes, Nour Fraij, and Jasmine Olson, none of them stuck to any internal relationship following the wrap-up of the MTV original. In fact, from what we can tell, Los Angeles artist Jenna has since found the love of her life in a woman named Nani, whereas Paige appears to have found a home (and herself) in New York City as a model. Data scientist turned tech-entertainment video creator Danny is also based in Los Angeles, just like the self-admitted work-in-progress trans nonbinary artist Kai.

Nour Fraij, on the other hand, resides in Las Vegas, Nevada, from where she works as not only a fashion model but also a resin artist and digital content creator focusing on holistic health, travel, and lifestyle. Jasmine, who relocated from Oxford, Mississippi, to Dallas, Texas, does something different as well — she’s an online personality with a stable job at the Casa de Montecristo Cigar Lounge and Bar. As for the six remaining contestants, who practically played the role of floaters throughout, even they didn’t find their life partners through the MTV original series.

Reportedly as a New York Film Academy graduate, Amber Martinez ultimately moved to Los Angeles, California, for more career opportunities, which seems to have worked in her favor. After all, she has since launched a YouTube channel aptly called SPiLL3 with her cousin Kimmy, has been a contestant on ‘The Challenge: Double Agents’ (season 36), and found a loving boyfriend in Rich Favetta. Her fellow ‘Are You the One?’ dater Kylie Smith, a health/beauty influencer as well as a model, has also gotten a chance to be on another reality series, MTV’s ‘Match Me If You Can.’

Justin Palm had many different associations in the show, yet even though none of them ever panned out, he doesn’t appear to be too affected by it these days. That’s because the Californian navy veteran has successfully managed to build a different life for himself as a photographer and content creator in Brooklyn, New York. Plus, he now prefers to keep his personal life well away from the spotlight, a little unlike model/comedian Kari Snow, whom we even saw on the second season of Netflix’s ‘Sexy Beasts.’

Coming to Max Gentile, the Los Angeles native has always been private about his personal and professional experiences. But we know that the EDM enthusiast is currently having the time of his life attending music festivals, sports games, and big events with some of his closest friends. On the flip side, New York-based Remy Duran is currently juggling his life as a public figure and OnlyFans star with his roles as a boyfriend and father. His partner is a fellow online adult entertainer Zoey Luna, who gave birth to their first and only son in 2021. Remy once referred to her as, “My moon, my light, my heart, my most precious vessel!”

Read More: Are You the One Season 7 Cast: Where Are They Now?