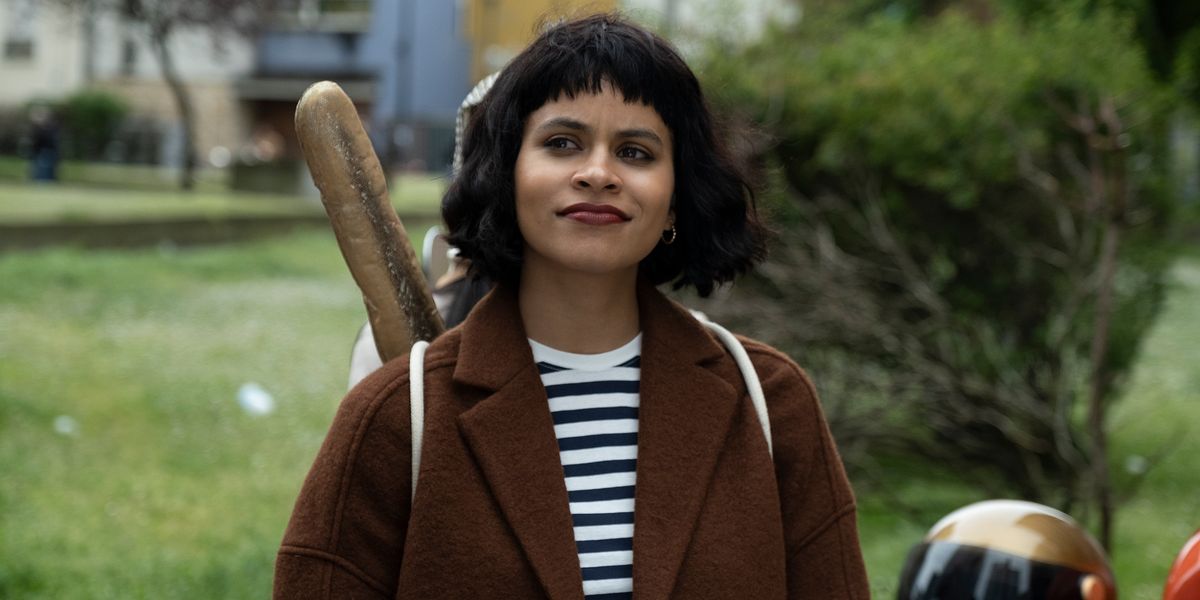 ‘Atlanta‘ season 3 concludes with a trippy look into the emotional turmoil of Vanessa “Van” Keefer as she attempts to make a fresh start in life. The season finale, titled ‘Tarrare,’ sees Van running into an old friend, Candice, on the streets of Paris. While Van gives Candice and her friends a peek into her new life, Candice quickly realizes that something is wrong with Van.

After an eerie dinner, Van finally confronts her feelings leading to some major changes moving forward. Therefore, viewers must be curious to learn more about the conclusion of the third season and its implications for Van’s future. In that case, here is everything you need to know about the ending of ‘Atlanta’ season 3 episode 10! SPOILERS AHEAD!

The season 3 finale, titled ‘Tarrare,’ opens with Candice and her friends, Xosha and Shanice, having lunch in a Paris restaurant. While the friends discuss a recent exotic experience Candice had, they talk about doing something fun for the day. While having lunch, Candice recognizes a woman at a nearby shop. She greets the woman who turns out to be her friend from Atlanta, Vanessa “Van” Keefer. However, Van fails to recognize Candice at first and speaks in a fake French accent. However, the two friends reunite, and Candice introduces Van to Xosha and Shanice.

After a quick chat, Van invites the three women to her home. At Van’s apartment, Candice learns that Van has done some minor modeling work and dated Swedish actor Alexander Skarsgård. Soon, Van remembers that she has to run some errands and offers to take Candice and her friends with her on a trip across Paris. The ladies first arrive at Skarsgård’s hotel, where Van places drugs in his bedroom and informs the hotel reception that Skarsgård is overdosing. Candice tries to stop Van, but the latter insists it’s merely a prank.

In a shady neighborhood, Van is cornered by a group of goons who refer to her as “Tarrare.” As the men threaten Van, she and her friends narrowly manage to escape. Van then takes the ladies to a museum, where she threatens curator Emilio and demands a package. Emilio insists that the package is not meant for her, but he can arrange more. An enraged Van beats Emilio with a hardened baguette. She then claims the package before leaving the museum. Van takes the ladies to an exclusive restaurant where she works with her boyfriend, Marcel. Realizing that Van is acting extremely out of character, Candice decides to confront her friend.

Towards the end of the episode, Candice discusses Van’s behavior with Xosha and Shanice. However, the two women do not agree with Candice’s decision to confront her friend. Instead, they join the exclusive dinner party. Meanwhile, Van works on preparing the meals in the kitchen. Candice confronts Van about her drastic personality change and arrogant behavior. However, Van counters that Candice is merely jealous because she is no more the cooler friend among the two.

Moreover, Van insists that she has a plan and is happy with her new life in Paris. She is in love with Marcel, and the two are planning to get married. However, when Candice questions Van about her daughter, Lottie, Van has an emotional breakdown. After Van calms down, Candice hugs her, and the two discuss Van’s feelings. Van explains that she is struggling to find her place in the world and lacks a sense of self-assurance in her life. She claims that she is unaware of who she is as a person and feels a need to discover her true self. These feelings drove her to Europe. One night after watching ‘Amélie,’ Van moved to Paris and re-designed her life. However, things did not pan out as she expected.

In the end, Van remarks that she must go home. Van’s Europe trip is a key plot of the show’s third season, and the finale depicts the culmination of her emotional turmoil. Van has struggled to figure out who she is outside her motherhood and on/off relationship with Earn. Therefore, while Van’s decision to move to Paris appears drastic, it is an understandable choice. However, it brings Van to the realization that she cannot escape her responsibilities as a mother to Lottie. The same is evident after Van breaks down when Candice questions where Lottie will fit into Van’s new life. Ultimately, Van decides to return to her life in Atlanta, but her journey of self-discovery is far from over.