12 Best GameCube Games of All Time

It would seem pointless to talk about the Nintendo GameCube in 2018, but the weird little box that served as the company’s fourth home console was home to a wide range of first-party as well as third-party titles. They were all terrific in their own right, and the sheer variety is unmatched by most other consoles whose game libraries are multiple times greater in size than the GameCube. As far as its own generation was concerned, it didn’t have the universal appeal of Sony’s PlayStation 2 or the power of Microsoft’s Xbox, but it offered gamers something unique, and that’s where it scored points. Here is the list of top GameCube games ever. Which is your favorite among these best GameCube games? 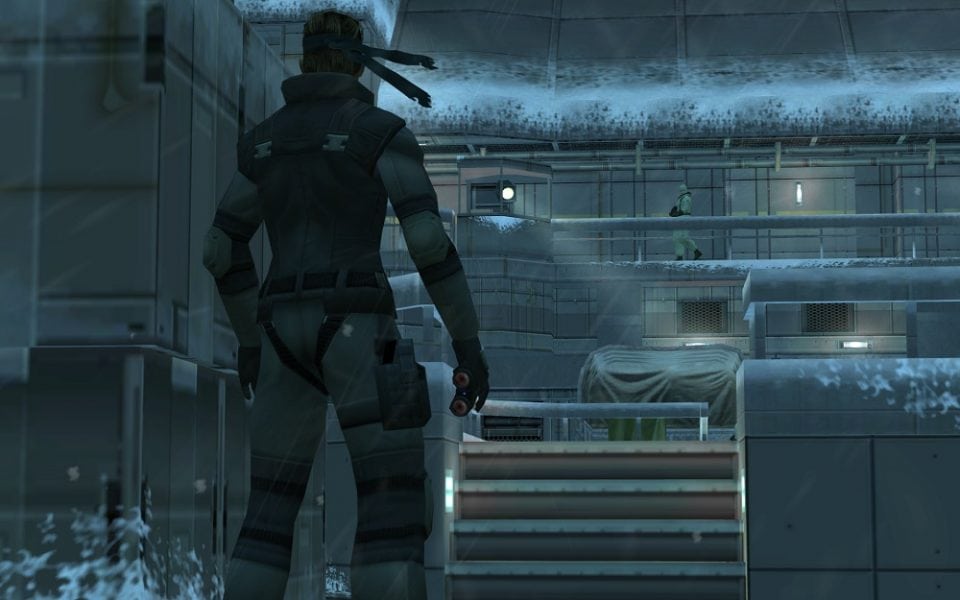 Konami’s ‘Metal Gear Solid: Twin Snakes’ was a contender for one of the best GameCube games right from the start, considering its lineage and acclaim. With influences from one of the greatest PlayStation games and a fresh graphical update to boot, Nintendo fans were rightly elated about Solid Snake finally coming onto their consoles. With Japanese film director Ryhei Kitamura responsible for cutscenes, and the engrossing story of love, death and betrayal, ‘Twin Snakes’ had, and still has, some of the best stealth-based gameplay on the GameCube or on any other system. 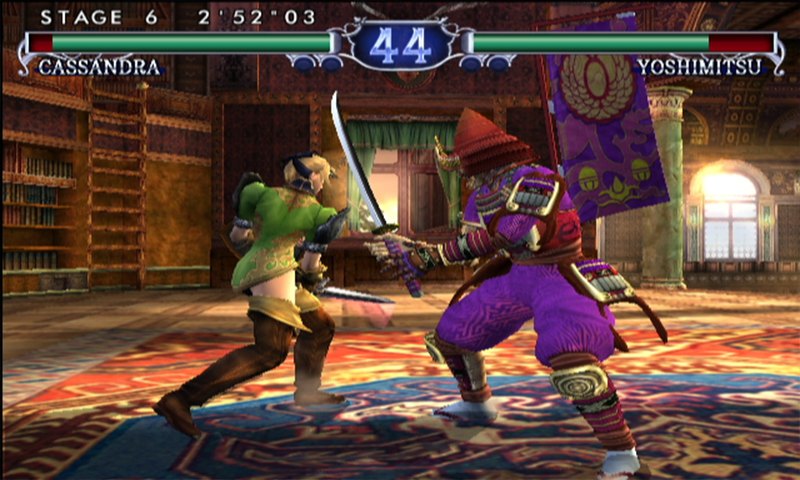 The ‘Soulcalibur’ franchise was one fighting series many of us grew up with, and ‘Soulcalibur II’ represented many of its best qualities. From swashbuckling fighting motions to terrific visuals, it was a solid action game. However, its GameCube version proved to be the bestselling among all the console and PC versions, owing to Link, the ‘Legend of Zelda’ protagonist, being available exclusively on the console. His bombs and boomerangs made for great fun, making an already great game an even better one. 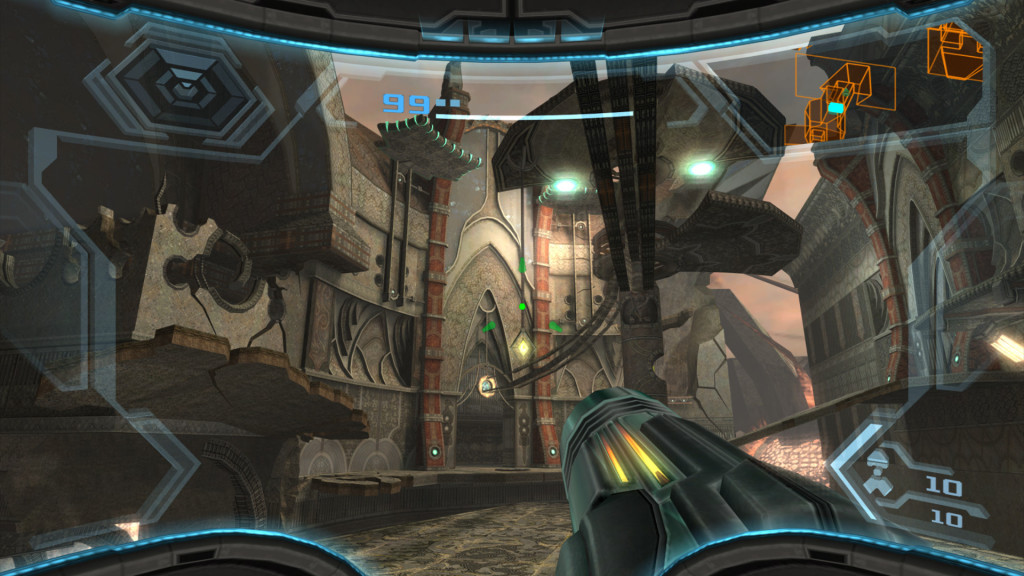 Was there ever any doubt? The ‘Metroid’ franchise was one of Nintendo’s most prominent franchises, and solidified the company’s stake in the mainstream gaming market. With ‘Metroid Prime’, a breath of fresh air was imparted to the series, and the game’s own narrative depth and immersive gameplay pushed the GameCube system to its limits. First-person gaming was redefined with the experience of being in Samus’ suit a magnificent one. 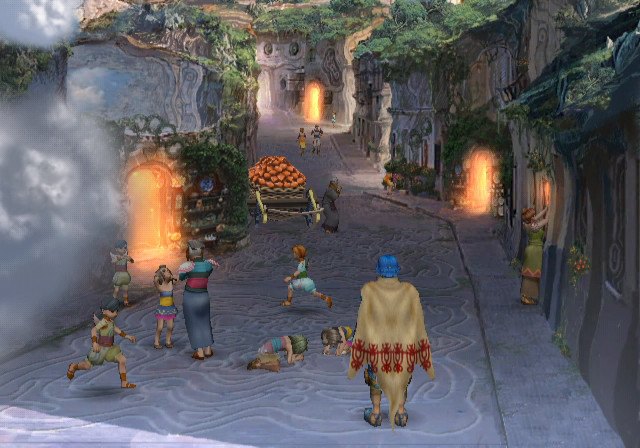 The GameCube had a dearth of quality role-playing games (RPGs) in its yet formidable game library, which is what makes developer Monolith Software’s ‘Baten Kaitos’ series so important for the system. ‘Eternal Wings and the Lost Ocean’ was a true-blue RPG with a detailed story, terrific art style, and beautiful music. The game had a card-based battle system which made it stand out impressively, and it remained a much deserved success. 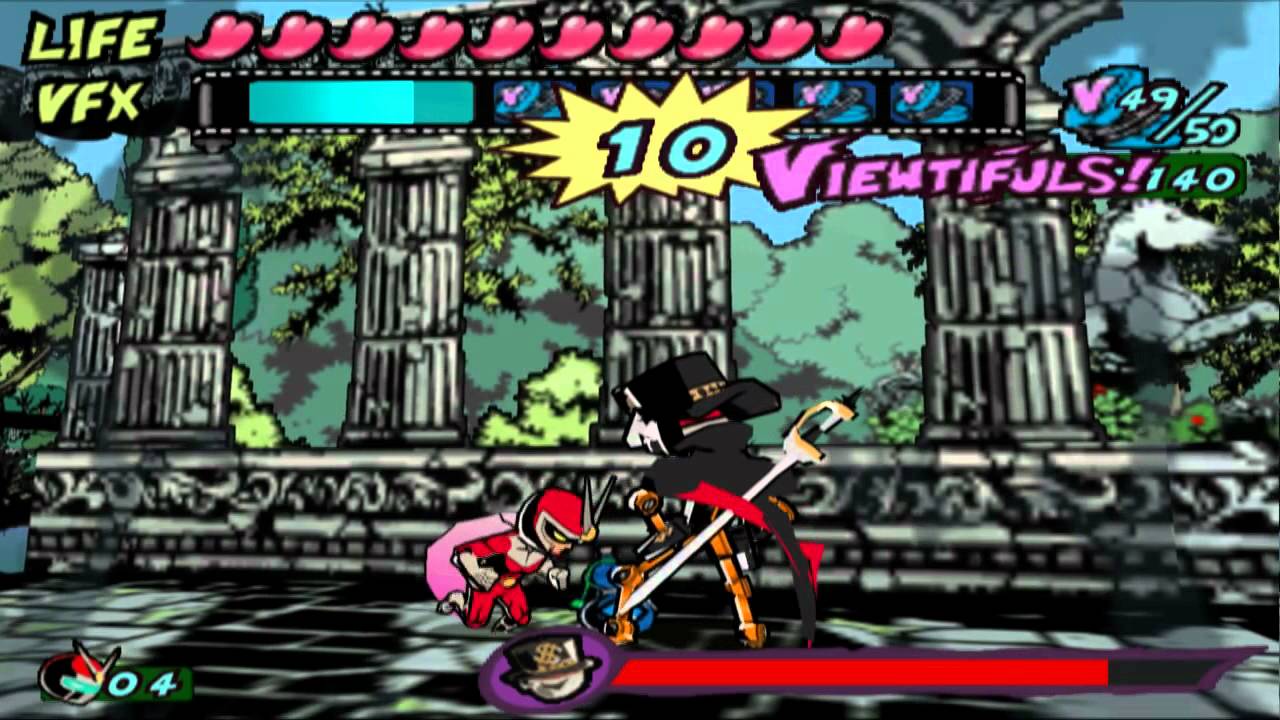 Superhero games have only been recently given their due, with Rocksteady’s ‘Batman: Arkham’ series leading the way. However, there were quite a few superhero games that deserves to be more played for their excellent gameplay and rip-roaring plot. ‘Viewtiful Joe’ provided exhilarating 2D action with an over-the-top sense of style and action that has endeared gamers to this day. The game played with time too and the action looked straight out of ‘The Matrix’, giving a different dimension to the game.

‘The Legend of Zelda: The Ocarina of Time’ is widely considered to be the greatest video game of all time. To be a true sequel to such a behemoth would prove to be one of the toughest tasks in all of gaming history. When ‘Twilight Princess’ was released, fans and critics went gaga over it, and rightly so. The game had a beautiful world to explore and an engrossing tale to occupy our minds. It took a darker turn, with Link now turning into a werewolf every time he went into the Twilight Realm. The GameCube version also had Link left-handed as he was originally intended to be, instead of right on the Wii, because the entire game had to be mirrored due to the Wii Remote. 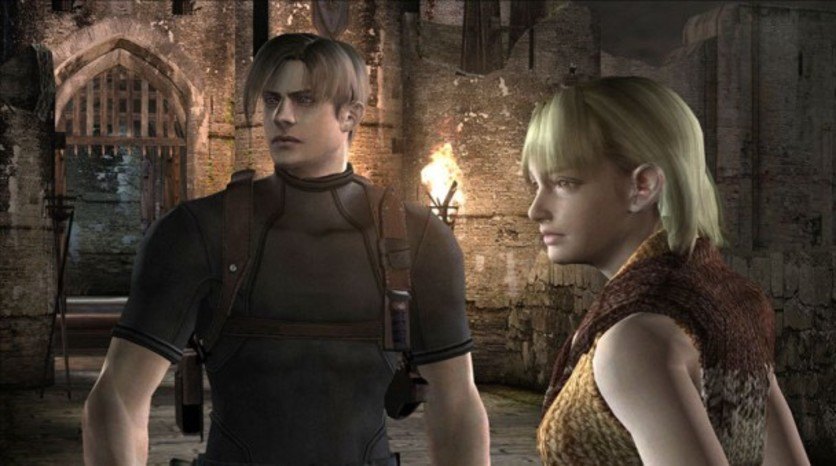 Very few games have been as instrumental to a console’s success as Capcom’s ‘Resident Evil 4’ to the Nintendo GameCube. One of the best games of all time regardless of genre, the game looked and played like a fully realised, horrific vision on the system. The stunning visuals, and the mature horror made it the best in the long-running franchise, and truly brought the GameCube to much wider audiences than what would otherwise have been possible. It is a must-play in general, and even more so on the GameCube. 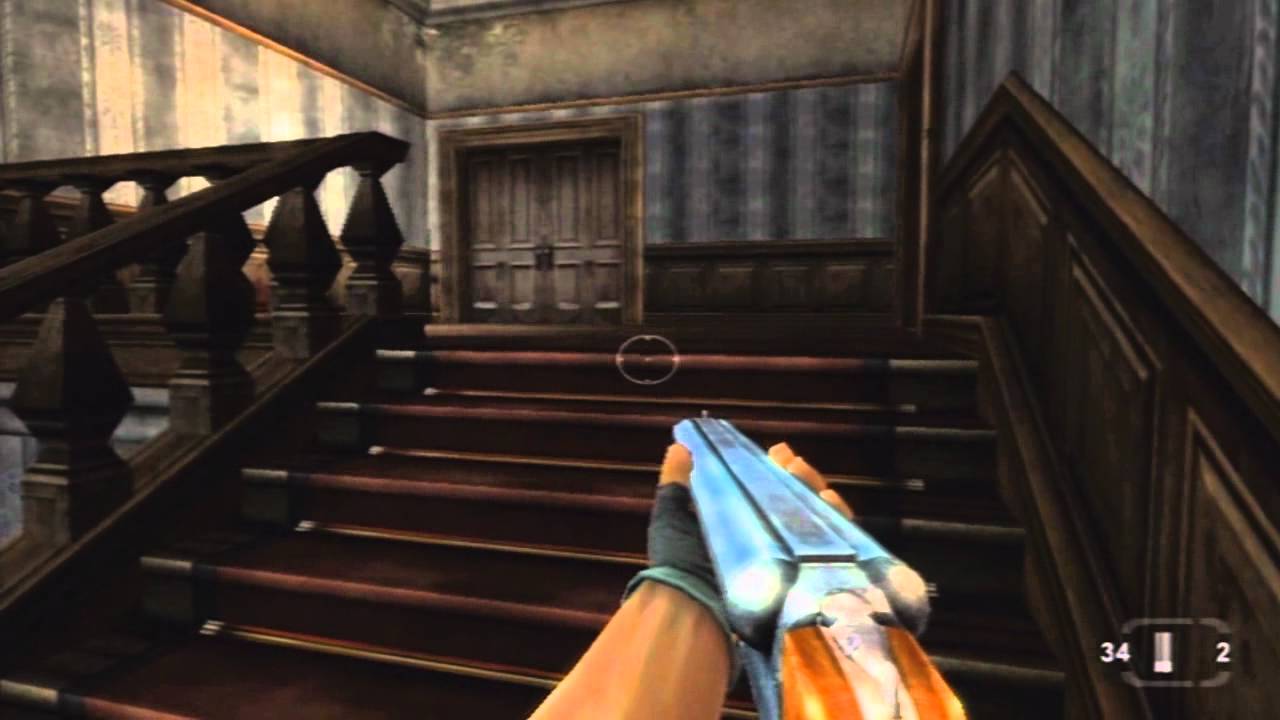 The GameCube didn’t have a lot of first-person shooter games in its otherwise large library, so ‘TimeSplitters: Future Perfect’ was a breath of fresh air for the system. It boasted of some stellar shooting mechanics, but what made the game really unique was its brand of comedy. ‘Future Perfect’ combined high-octane action with a prominent comedic element to create a game that was thoroughly unique in its own right. 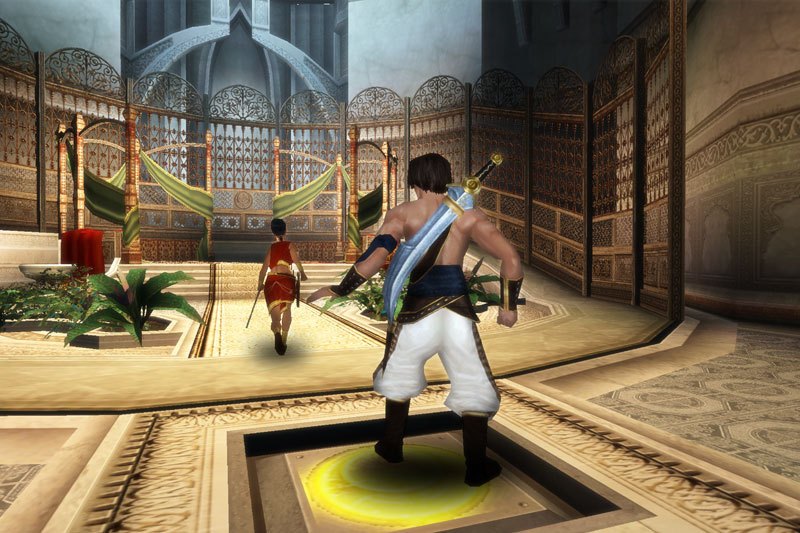 Bridging the gap between 2D and 3D was quite the challenge for game developers, and some were adept at the job. While some developers changed and redefined the entire formula, such as developer Retro Studios with ‘Metroid Prime’, Ubisoft managed the unthinkable with ‘Prince of Persia: The Sands of Time.’ It retained the same feel and gameplay while making the substantial transition to three-dimensional design. The GameCube’s power was utilised well, and the Prince’s tale was rendered beautifully. 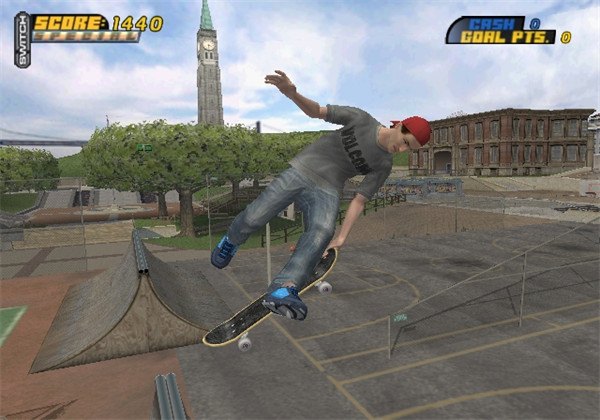 With the exception of the most recent instalment, the ‘Tony Hawk’s’ skateboarding games have been terrific over the years. ‘Pro Skater 4’ was the series at its peak, incorporating a better Career Mode and online play at the same time. The former was more uninhibited than the previous career modes, as players weren’t given any fixed time limit and could freely explore the level with many characters and discover secrets. Online play had six separate modes, such as Trick Attack, and ‘Combo Mambo’ that kept the game fresh and engrossing to its core. 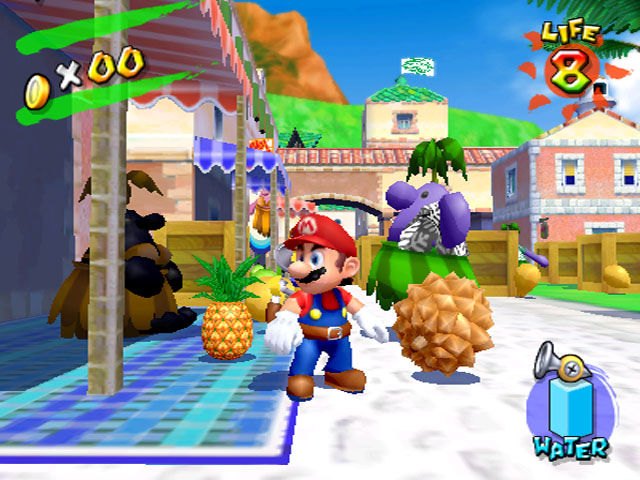 To be the follow-up to one of the greatest games of all time is a thankless task that is most likely to fall flat on itself. ‘Super Mario 64’ was a genre-defining game, and following it would be no mean feat. But ‘Super Mario Sunshine’ turned out to be a wholesome, well-rounded Mario experience. The plot is typical Mario fun, and the gameplay mechanics are the clincher here. With the addition of the water-powered backpack and the side-scrolling bonus levels that go back to the original games, this GameCube masterpiece keeps it fresh and compelling to the ultimate degree. 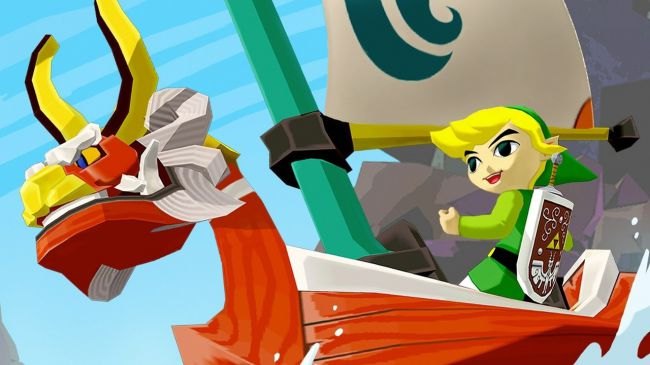 There have been a chosen few franchises which have shown themselves capable of total reinvention and still be as inimitable as ever before, and in rare cases, even more so. When ‘The Wind Waker’ released with its cel-shaded animated graphics, longtime fans were incensed. They didn’t want this kid crap, they needed the realistic ‘Zelda’ series back. But the game proved almost everyone wrong, and how. It had steady control mechanics, and gorgeous level designs. From endless forests to endless seas, it didn’t look out of place in the slightest. ‘The Wind Waker’ remains a definitive example of how to turn the tide in your favour, and the GameCube hasn’t arguably seen better than this in its time.