12 Best Teen Games of All Time 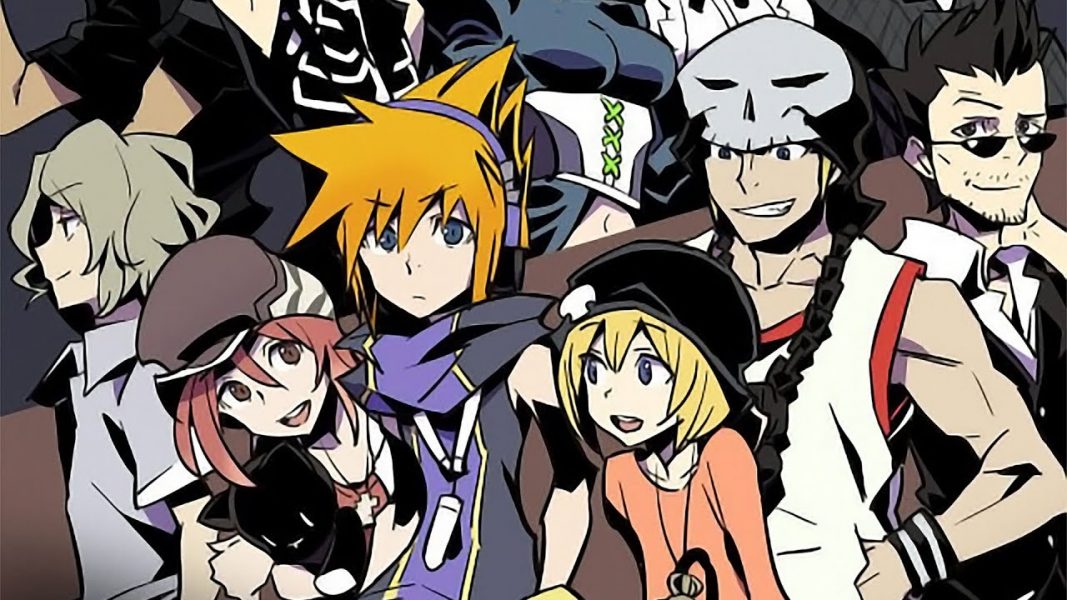 There have never been any age restrictions when it comes to gaming. Despite the age ratings on those game boxes, it is ridiculously common to see 10- and 12-year olds playing ‘GTA’ and ‘Call of Duty.’  While the issue of age ratings deserves to be discussed at length later, it is a common (and of course, mistaken) fact that teenage is construed as the most typical age for playing video games. Not childhood, when there are too many other things to occupy oneself with. Not adulthood either, because daily routines of work and study sap whatever soul we have left in ourselves.

Of course, this is all conjecture and a stream of discussion that is mildly cathartic at best, but what the following list aims to do is to enlist those games that people in this age group might genuinely enjoy playing. Games that aren’t mere entertainment, but also pleasurable in a way that’s appreciable and in some way, essential. Without further ado, here is the list of top games teens can play. 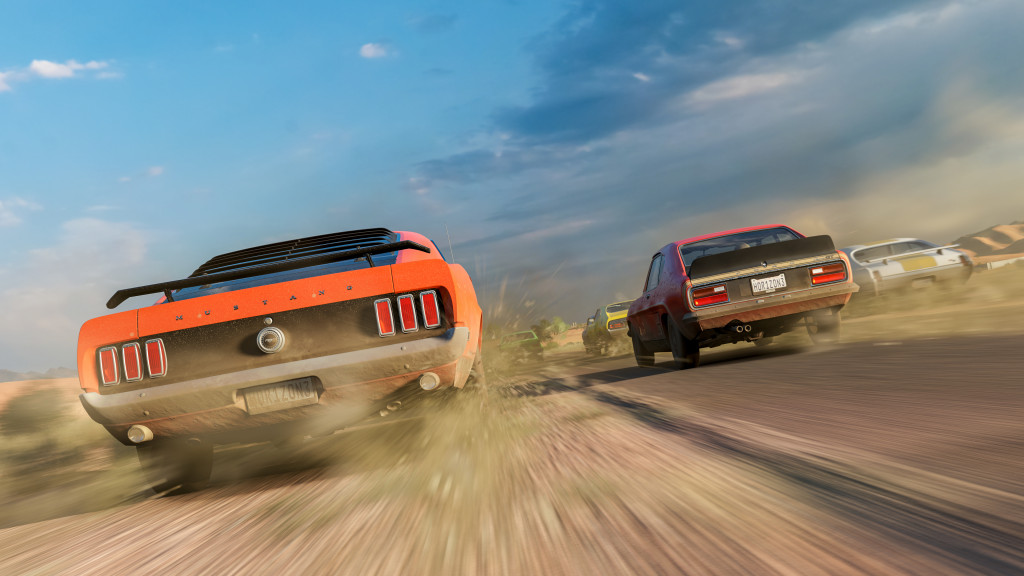 The ‘Forza’ franchise has two neat divisions- ‘Motorsport’ for the hardcore fans, and ‘Horizon’ which is for car enthusiasts. The latter series is a comparatively recent introduction to the series, and has proved to be a resounding success. Unlike most other racers, ‘Forza Horizon 3’ feels more organic, and the driving isn’t mindless in the least. Add to that, the gorgeous Australian landscape at your feet, and over 350 licensed cars to explore all of it, along with the many modes it offers, and we suddenly have a racing game that is a cut above the rest. 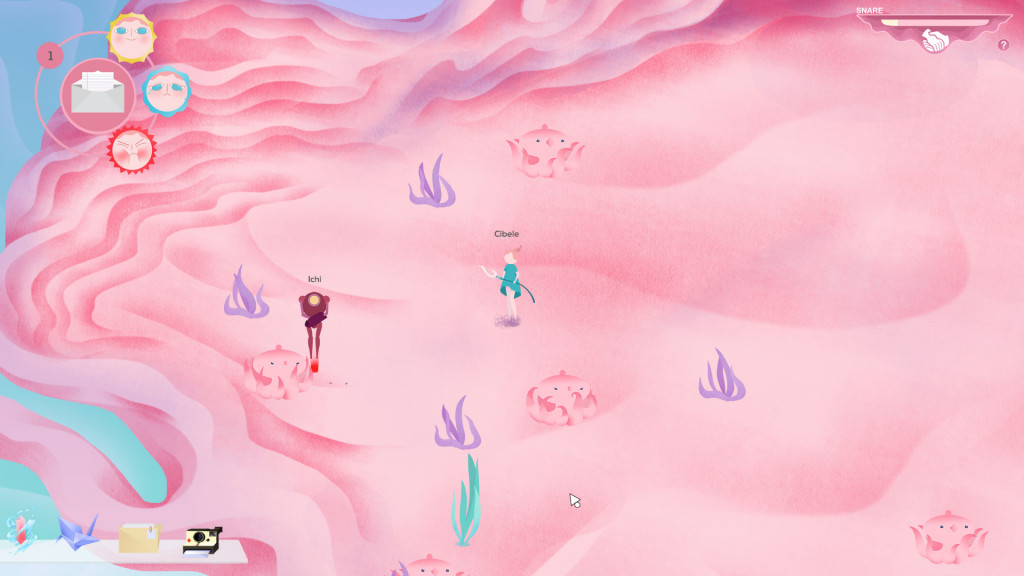 Developer Nina Freeman’s adventure game ‘Cibele’ is sourced from her own life; particularly the experience of her first romance and sexual encounter. In a world where sex and relationships are routinely misunderstood and even degraded, ‘Cibele’ makes for a heartwarming experience that sets priorities straight. The game follows the eponymous protagonist, who finds love through a mock massively multiplayer online role-playing game (MMORPG). The relationship develops beautifully and gamers will find themselves immersed in the masterful narrative. Teens might just find this to be very relatable, and a vantage point of sorts in the topsy-turvy world of love and romance. 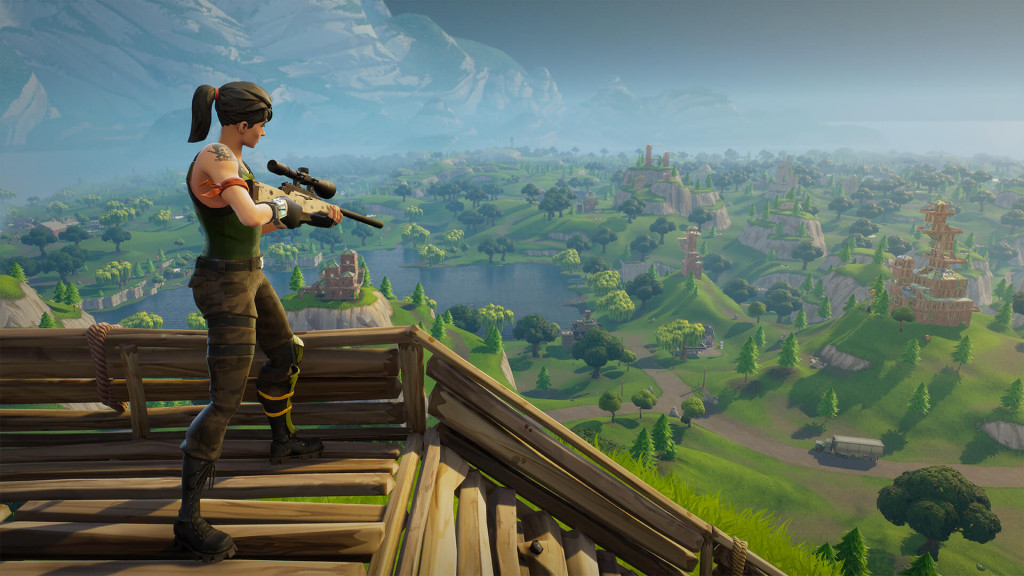 Arguably the most popular online game right now, Epic Games’ ‘Fortnite’ includes quite a few modes that offer players different experiences. From ‘Fortnite: Save the World’ where up to four players can team up against zombies and defend objects with the fortifications they can construct, to the famous ‘Fortnite: Battle Royale’ mode where 100 players battle each other in increasingly smaller places to be the last person alive. ‘Fortnite’ isn’t on this list because of some intellectual exercise, it is here because its bright visuals and innovative gameplay have taken the world by storm. Teens in particular have been widely reported to be totally enamoured by the game, and there have been reports of parents hiring ‘Fortnite’ tutors for their children, to teens having the game at the top of their wishlists. This game isn’t going away anytime soon. 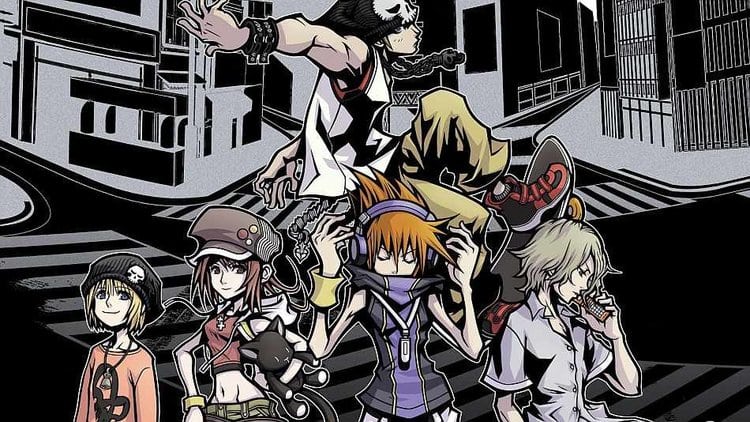 ‘The World Ends With You’ is an RPG that focuses mainly on a more action-packed narrative. It follows Neku Sakuraba and his friends playing a game within the game that will determine their destiny. The unique art style is inspired by Shibuya and its culture, whereas the game is littered with references to Japanese youth tropes and elements, which are also key points in the missions. The engrossing plot will surely teens and young adults alike with their proclivity towards a like-minded cultural aesthetic. 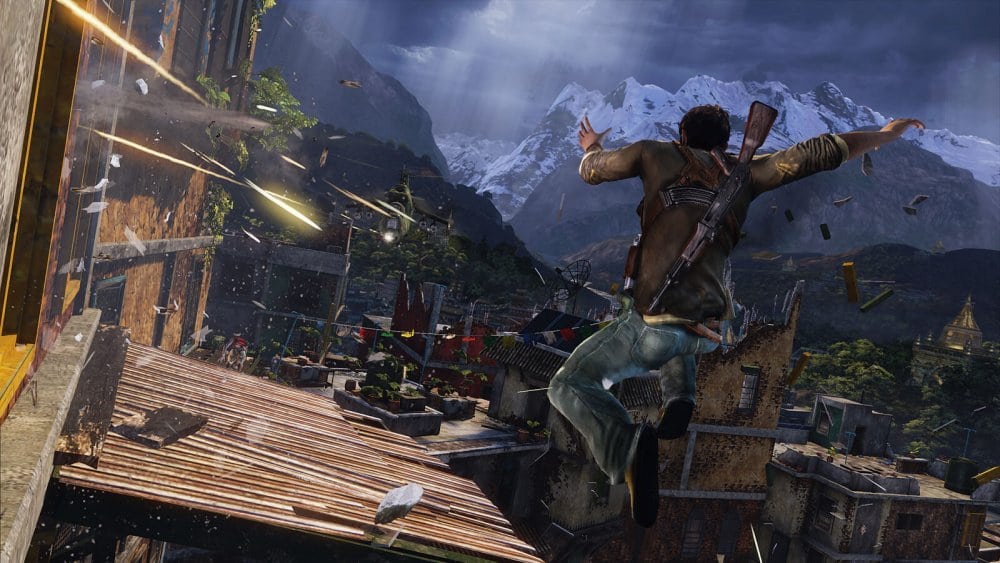 When ‘Uncharted 2: Among Thieves’ came out in 2009, it was anticipated as the follow-up to a decent PlayStation 3 exclusive (‘Uncharted: Drake’s Fortune’). Nothing more, nothing less. Then it got its release. And quite a lot of things changed in video games forever. The way action was represented in video games changed immensely, with ‘Among Thieves’ employing its awe-inspiring set-pieces to depict seemingly senseless things happening for quite sensible reasons. In Nathan Drake we had a loveable, charismatic protagonist whose flaws the game was unafraid to explore. The story was compelling to its last bit, and the supporting characters all felt like they deserved their own game. At the end of it all, we realised what developer Naughty Dog could be capable of, which was proven quite breathtakingly, with the likes of ‘The Last of Us’ and ‘Uncharted 4: A Thief’s End.’

‘Uncharted 2: Among Thieves’ is one of those rare works that manages to make the mainstream a work of art. For a slice of the very best of AAA video gaming, teens need look no further. 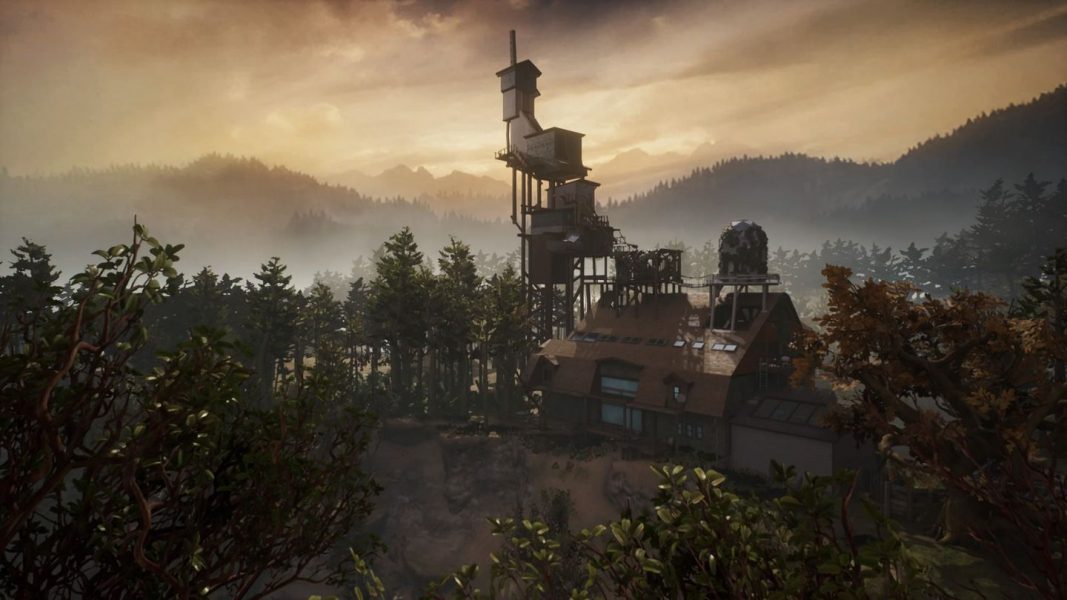 There are very few games that say a lot through very little, and every single element of ‘What Remains of Edith Finch’ comes together to do just that. The game is a mesmerising experience, replete with stunning visuals, a heartbreaking plot, and a haunting soundtrack by Jeff Russo, whose work also includes the soundtrack to the acclaimed ‘Fargo’ TV series. Players follow the titular protagonist as she explores her family home and the curse that has relentlessly pursued her family for generations. For teens growing up, this game provides a wonderful narrative on family, love, death and everything in between. 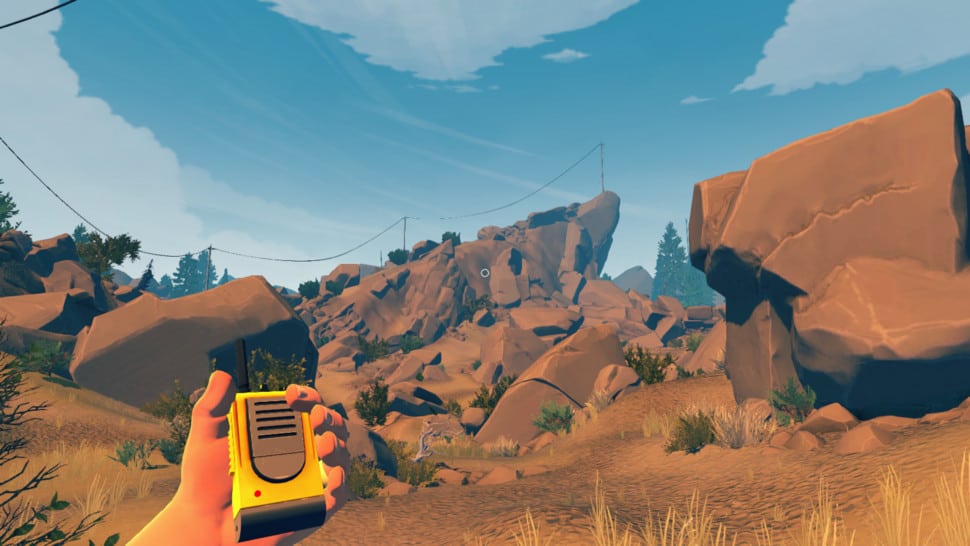 The year is 1989, a year on from the largest recorded fire in the history of the Yellowstone National Park. Our protagonist is Henry, a Shoshone National Forest fire lookout, who finds strange things happening in the forest a mere month after he joined work. Having no one to assist him save Delilah, his supervisor at the other end of a walkie-talkie, he explores the mystery to some quite suspenseful ends. The game’s art style was particularly praised, as was the dialogue options and the plot as well. ‘Firewatch’ is a video game experience unlike any other, and teens would do well to catch this one before the film based on it releases in theatres worldwide. 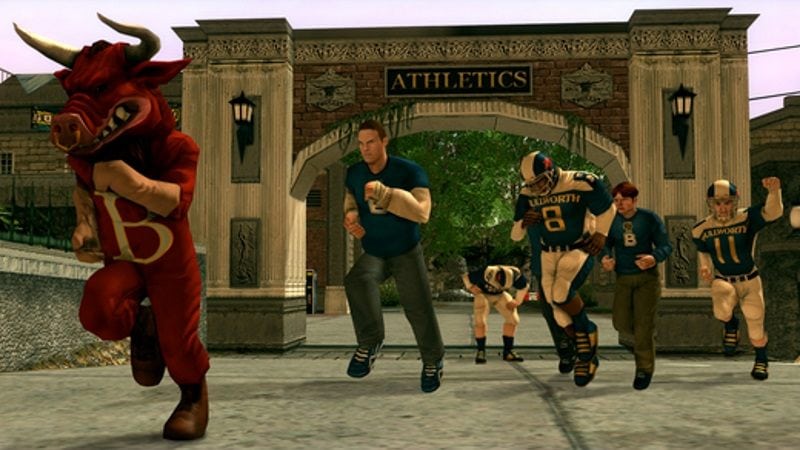 Developer Rockstar Games have always imbibed their games with cinematic stereotypes, only to clash them with their characteristic dry wit, to result in biting satire of an overarching superstructure. With ‘Bully’, Rockstar is successful in driving home the point of how we imagine being a teenager is like while growing up a couple of decades ago. The idling life in and around Bullworth Academy paints a vivid picture of our collective teenage wish-fulfilment, and makes for a perfect game for teens. 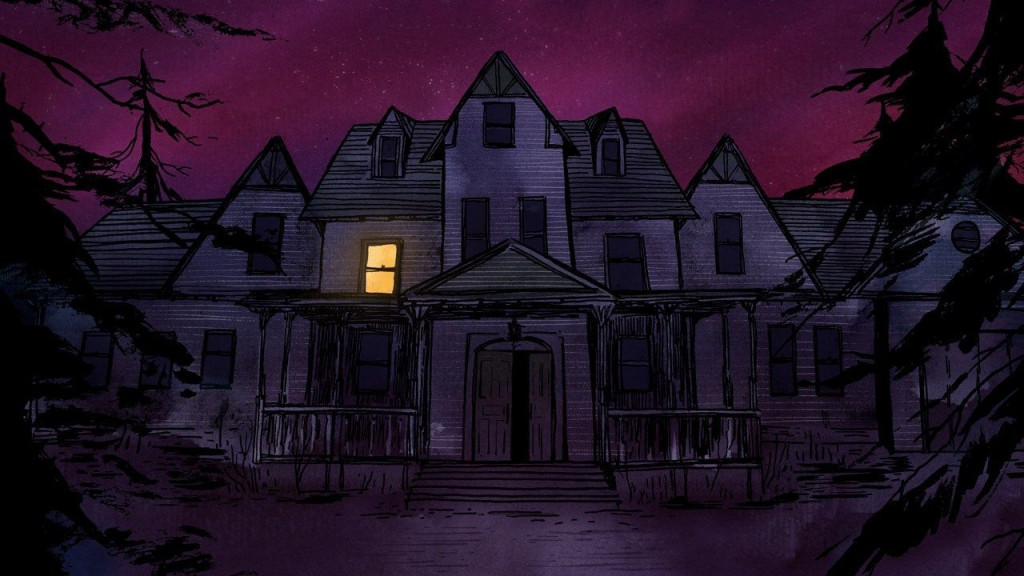 ‘Gone Home’ is a remarkable indie game that follows a young woman as she returns to her home in rural Oregon and finds it empty. The player then explores the house at her own pace, piecing together the events that transpired for this to happen. The game has been deservedly praised for its sense of environment, influenced by ‘Minerva’s Den’, a single-player DLC for ‘BioShock 2’, and its addressal of LGBTQ issues that many players can understand and/or identify with. It is a must-play, both for technical as well as emotional mastery. 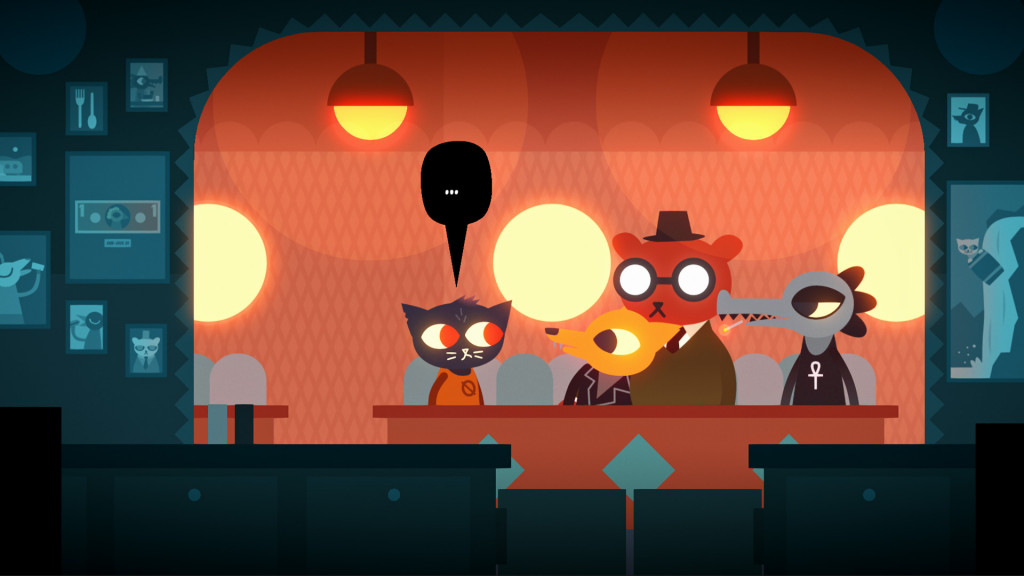 It would be quite understandable if teens who haven’t played ‘Night in the Woods’ dismiss it outright due to its childish appearance. But don’t get deceived by its vibrant visuals and its heartwarming feline characters. ‘Night in the Woods’ is a fantastic game whose seemingly juvenile appearance goes against the important themes it is centred around. Our protagonist is a 20-something college dropout who comes back to their native town and sees how it seems to have progressed on without them. There’s a poignancy in our protagonist’s disillusionment that will speak to teens on a primal level, particularly in times when there’s a dearth of communication and empathy. Indeed the nuance would be overlooked by younger gamers who’d rather be swayed by the game’s visuals, which of course, are beautiful in their own right. 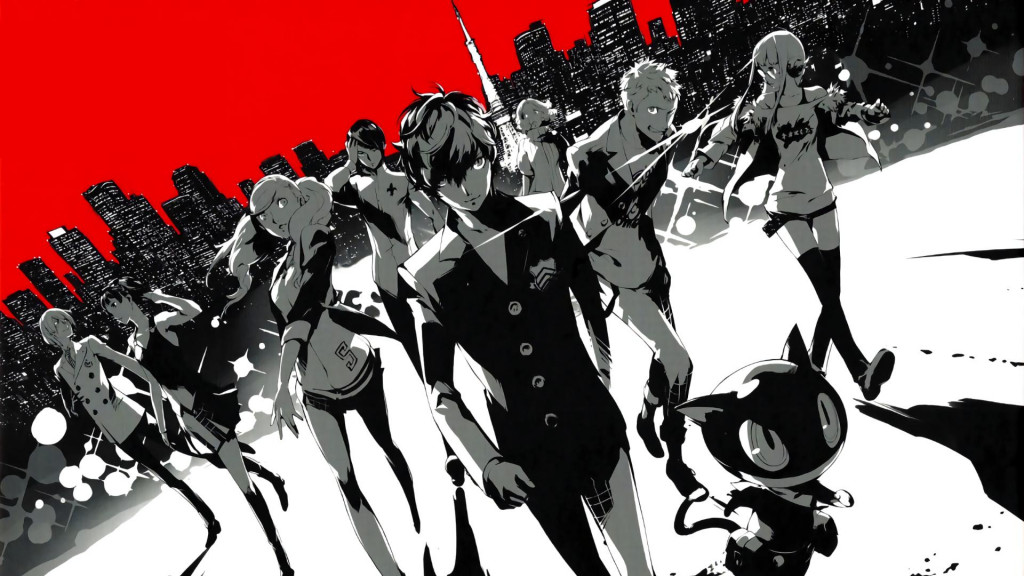 The ‘Shin Megami Tensei’ series of video games have incorporated extremely detailed worlds and intricate battle mechanics to great effect. Its spin-off series ‘Persona’ took the JRPG to the next level, and with ‘Persona 5’, we get an uncannily real representation of teenage life at its most emotional. The game follows a group of teens who fight those who are evil, in the Metaverse , the physical manifestation of humanity’s subconscious desires. To this effect, they use special abilities channelised through their Personas, special characters that exemplify their personalities. ‘Persona 5’ is unparalleled in how it develops their characters, the world, and most importantly, the goings-on of everyday teenage life. This is a masterpiece, and will get non-JRPG followers into the genre effortlessly. 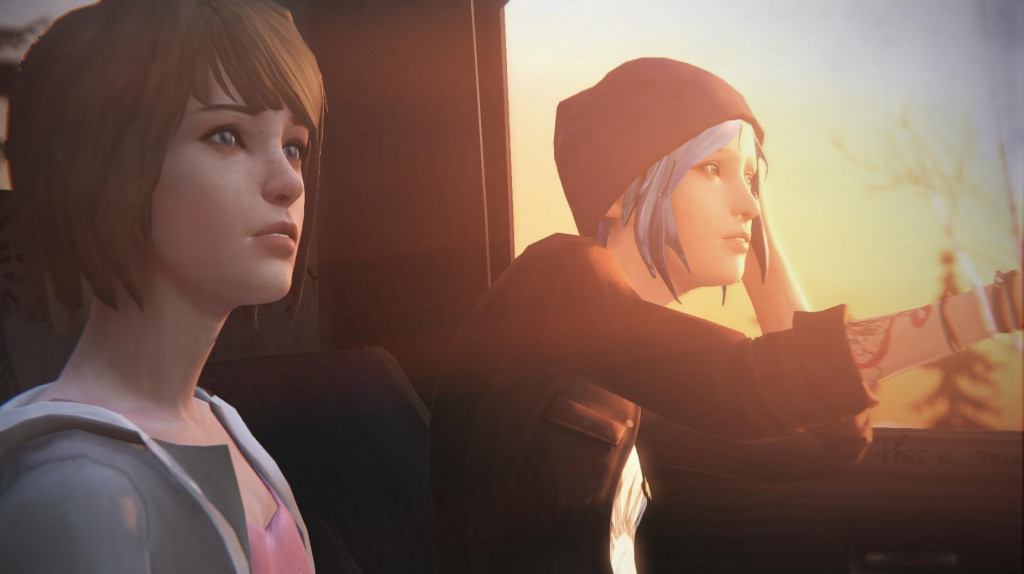 Very few games have been as innovative, and crucial to a genre as ‘Life Is Strange.’ Developers Dontnod Entertainment released the game in an episodic format, ensuring that each of the cliffhangers were emotionally packed, and left gamers wanting for more. While the themes of friendship, loyalty, love, and ruin will appeal especially to those who reside in an environment similar to the game, as in schools, and all therein, the game has equally appealed to all ages. Its quasi-hipster aesthetic also strengthens its fidelity towards teens, and although it seems implausible that the game has found success across all ages, this is testament to its near-universal appeal that it gets through some seriously gut-wrenching storytelling. Its unbelievable emotional connect, and the wonderfully drawn characters draw us in convincingly. ‘Life Is Strange’ is one game that teens must play, if not for anything else than for the fact that video games can take you to such a lovely place you didn’t even think you needed in the first place.