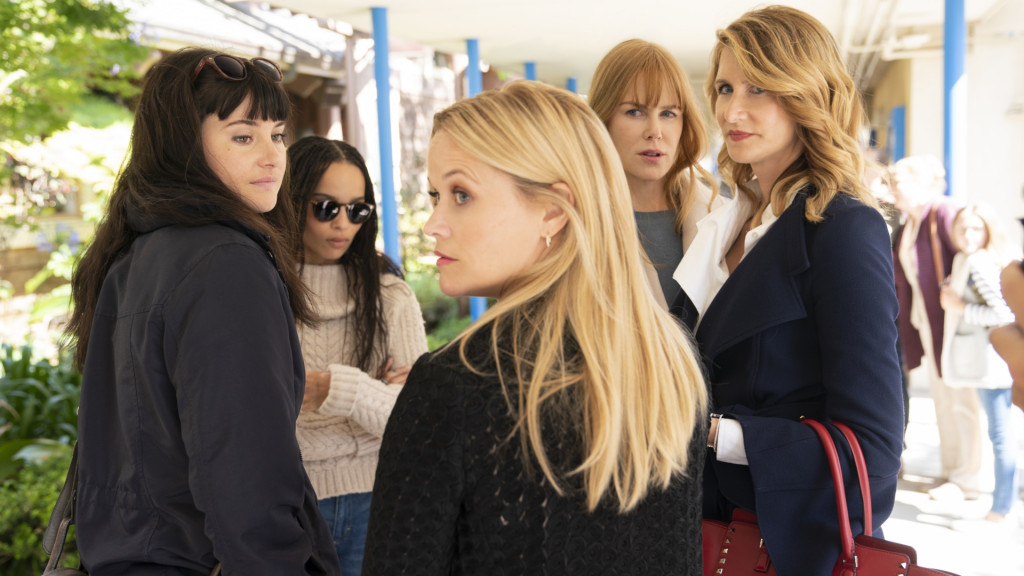 HBO’s ‘Big Little Lies’ returns for the second season and the official teaser trailer has surfaced online. The trailer assures the popular series starts rolling on June 9 with even more drama and Meryl Streep as the new cast member. The Emmy and Golden Globe-winning drama series centers on the lives of five mothers in Monterey, California. Based on the book of the same name written by Liane Moriarty, ‘Big Little Lies’ has Reese Witherspoon, Zoë Kravitz, Nicole Kidman, Laura Dern, and Shailene Woodley in the lead roles.

Season 2 trailer introduces Streep’s character, Mary Louise Wright. She comes to Monterey in a mission, to solve the mystery behind her son Perry Wright’s unexpected murder, played by Alexander Skarsgård in the first season. Though ‘Big Little Lies’ season 1 wrapped up the mystery of Perry’s murder, the second season trailer digs deep into the after events of the murder. Jane, played by Shailene Woodley, Madeleine, played by Reese Witherspoon, Celeste, played by Nicole Kidman, Renata, played by Laura Dern, and Bonnie, played by Zoe Kravitz, is yet to overcome the repercussions of the death and it makes them uneasy. When Meryl Streep’s suspecting mother enters the already tense scene, the ‘Monterey Five’ gets even more fidgety.

The first season of the murder mystery followed Madeline Mackenzie, Celeste Wright and Jane Chapman, the three mothers whose perfect lives disrupted by a school scandal that spreads like wildfire. When the truth hidden behind the scandal unravels, their family life becomes more complicated. The plot closely follows their efforts along with two other women, which makes them the ‘Monterey Five’ in season 1. Moriarty’s original novel ‘Big Little Lies’ is set in Australia and a standalone novel, which HBO conceived as a limited series with just one season. But the immense popularity and fan following of the first season prompt the makers to go for a second round. The teaser trailer hints at a few changes in the setting and scenes.

The teaser also implies an intelligent framework of lies behind the plot. Adam Scott’s bushy beard, which makes him infamous among his friends is missing in the teaser! According to an official release from HBO, the second season will ‘continue to explore the malignancy of lies, the durability of friendships, the fragility of marriage and, of course, the vicious ferocity of sound parenting. Things could get messy.’ When asked about the seed of the plot in an interview with CNN, Moriarty revealed that she was inspired when a friend shared the story of kindergarten girls walking out of class with bite marks on their body!

‘They actually got the little boys to line up. When this girlfriend was telling me the story, I was just so enthralled by the little drama that went on in the playground and imagining how you would feel if you were one of the parents, hoping that it wasn’t your child that had actually done the biting. In the end, the little girls finally gave in and admitted they had bitten themselves. It’s little stories like that which inspire me,’ she then added during the interview. season 1 of ‘Big Little Lies’ was hailed by critics for its intense portrayal of female friendship, marriages, parenthood, domestic violence, rape, and the representation of women in society and media.

Watch the trailer below.