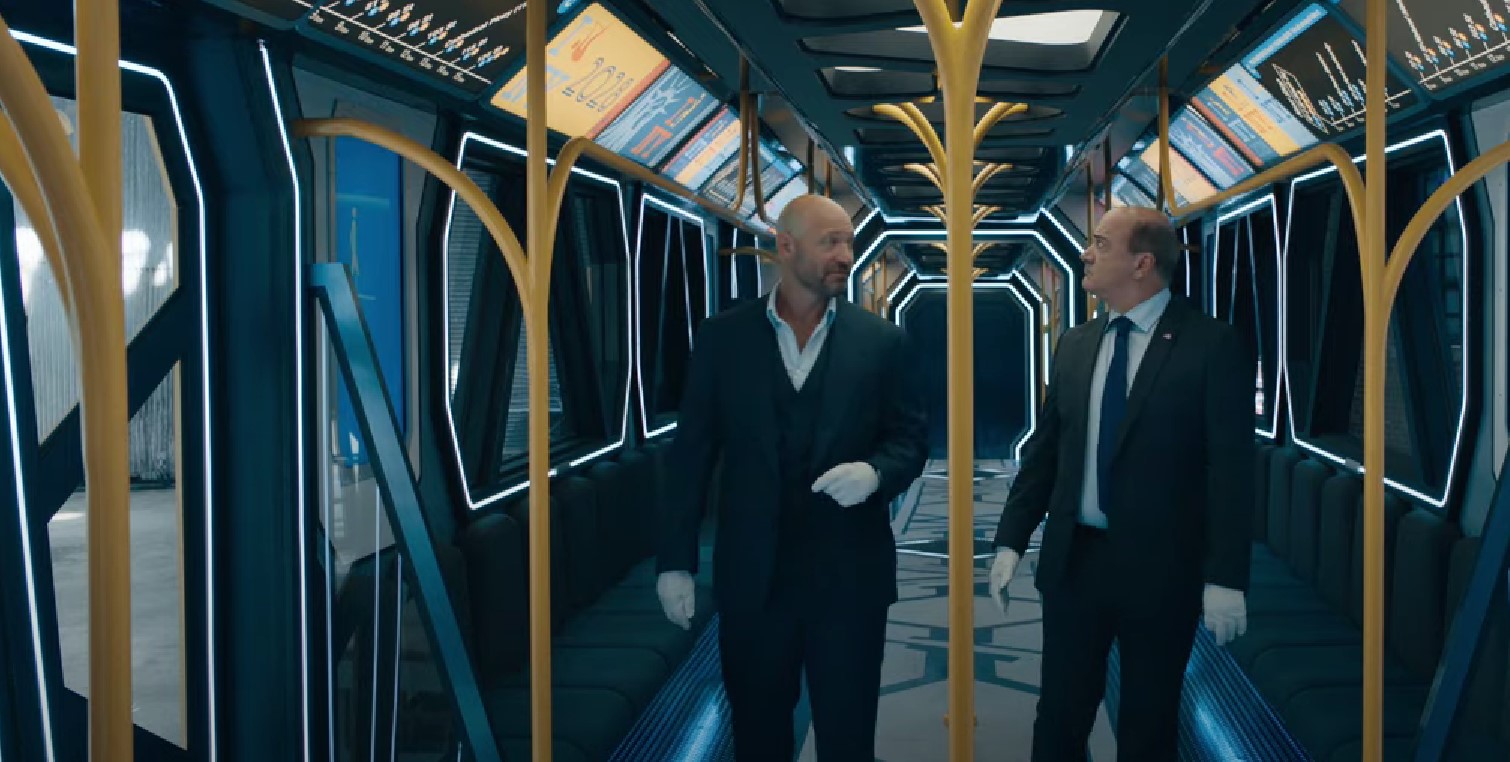 In ‘Billions’ season 6 episode 6, titled ‘Hostis Humani Generis,’ tides of war start to change as Chuck (Paul Giamatti) once more proves what a legal genius he is. Mike Prince (Corey Stoll) decides to donate a thousand state-of-the-art environment-friendly subway cars and lets Governor Bob Sweeney get the credit. The drivers’ union becomes infuriated with Prince as the introduction of these cars will lead to its members losing their jobs. They reach out to Chuck, and he immediately jumps at the opportunity.

Chuck’s current deputy, Daevisha “Dave” Mahar (Sakina Jaffrey), meets with the previous one, and both women try to find chinks in each other’s armor. As the price of hosting the 2028 Olympics continues to rise, Prince opens up the titular list, and that brings forth its own problems. Here is everything you need to know about the ending of ‘Billions’ season 6 episode 6. SPOILERS AHEAD.

Having figured out that the Governor of New York has a massive ego, Mike tries to keep it placated. The subway car donation is set to cost him over two billion dollars, so, on the advice of both Scooter and Wags, he decides to accept applications for the Prince List. The scarcity the Prince List created is its most attractive feature. However, the same scarcity can potentially bring it all down.

Lauren Turner (Jade Eshete) shows up for the first time in the season. She comes to Taylor with a proposal from her current employer, Leon, an NFL player turned home-workout entrepreneur and philanthropist. Leon wants to be part of the Prince List, His records make him a perfect candidate, and Prince happily accepts him into the fold. Meanwhile, to deal with the disgruntled subway drivers’ union, Prince turns them into his clients. As the pensions of all the branches of New York City public services are clustered together, this brings the rest of them under Michael Prince Capital’s umbrella as well. Chuck was ready to go to war for the subway drivers’ union, but Prince’s move takes the bullet out of his gun.

However, noticing that Leon is part of the Prince List, Chuck informs him that the NYPD is one of the other clients. Leon subsequently tells Prince that he can’t be part of the same group of investors as the NYPD, adding if he is let go, he will take others with him. Taylor subsequently uses a new software called Winch, the original application of which is the complete removal of social media missteps, to launch an attack on Leon and destroy his public image.

In this episode, Chuck registers a complete win over Prince. Dave proves how exceptionally good she is by forcing Kate (Condola Rashād) to accept her first defeat. Leah Calder (Wendie Malick) also makes her first seasonal appearance in this episode. Chuck goes to speak to her about Prince’s donation. Ultimately, the cars are rejected on the pretext of them being manufactured by a Chinese company. Even though they were made in America by American workers, that doesn’t seem to matter much. Prince tries to salvage things by reaching out to the Governor but discovers Chuck has already gotten to Sweeney. He is forced to give New York transportation services two billion dollars without getting almost anything in return.

Chuck’s victory over Prince in this episode comes in two stages. Prince is aware of the first one: the subway system. What he doesn’t know is that Chuck has effectively implanted a mole within the Prince List. Upon learning about the opening of the Prince List, Charles Sr. tells his son that he wants to be part of it, even offering to be Chuck’s inside man. Chuck dismisses the idea, knowing that Prince will never let his father back in. But the premise of the idea sticks.

Prince wants his alma mater, Indiana A&M, to invest with Michael Prince Capital. The problem is that they are not prone to changes. Prince threatens to stop being a benefactor of the institution. When they agree to hear him out, he flies the entire board of the university to New York City to convince them. But it soon becomes apparent that they are there to reject him to his face. However, Stuart Legere, representing the board, agrees to join the Prince List with their 2.9 billion dollars. It is revealed that Chuck has blackmailed him into doing this. And now, he has his mole.