The Netflix Series high on drugs, powerplay, and crime, ‘CAT,’ is created by Balwinder Singh Janjua. Randeep Hooda plays the lead character, an informant for Punjab Police. The crime thriller series explores the impact of drugs and crime on the state of Punjab in the late 1990s and early 2000s. Gurnam Singh is a regular Punjabi man who works as a mechanic to support his siblings. However, his past shows a young boy in the grips of separatist crime and violence. When his brother gets caught selling drugs, he goes to the police officer who previously saved him, but his favor comes at a price. The twisted tale is filled with corruption and witnesses various powers at play. If the ending of ‘CAT’ has left you confused, don’t worry, as we have the answers for you. SPOILERS AHEAD!

The series is set in Sialgarh, Punjab, shifting between flashbacks and present-day events. Amid the separatist movement, many rebels took to arms in Punjab in the 1990s. The state is drenched in crime and drugs. Gurnam Singh witnesses the death of his parents in front of his eyes, and it haunts him ever since. Now orphaned, he solely takes care of his younger siblings. 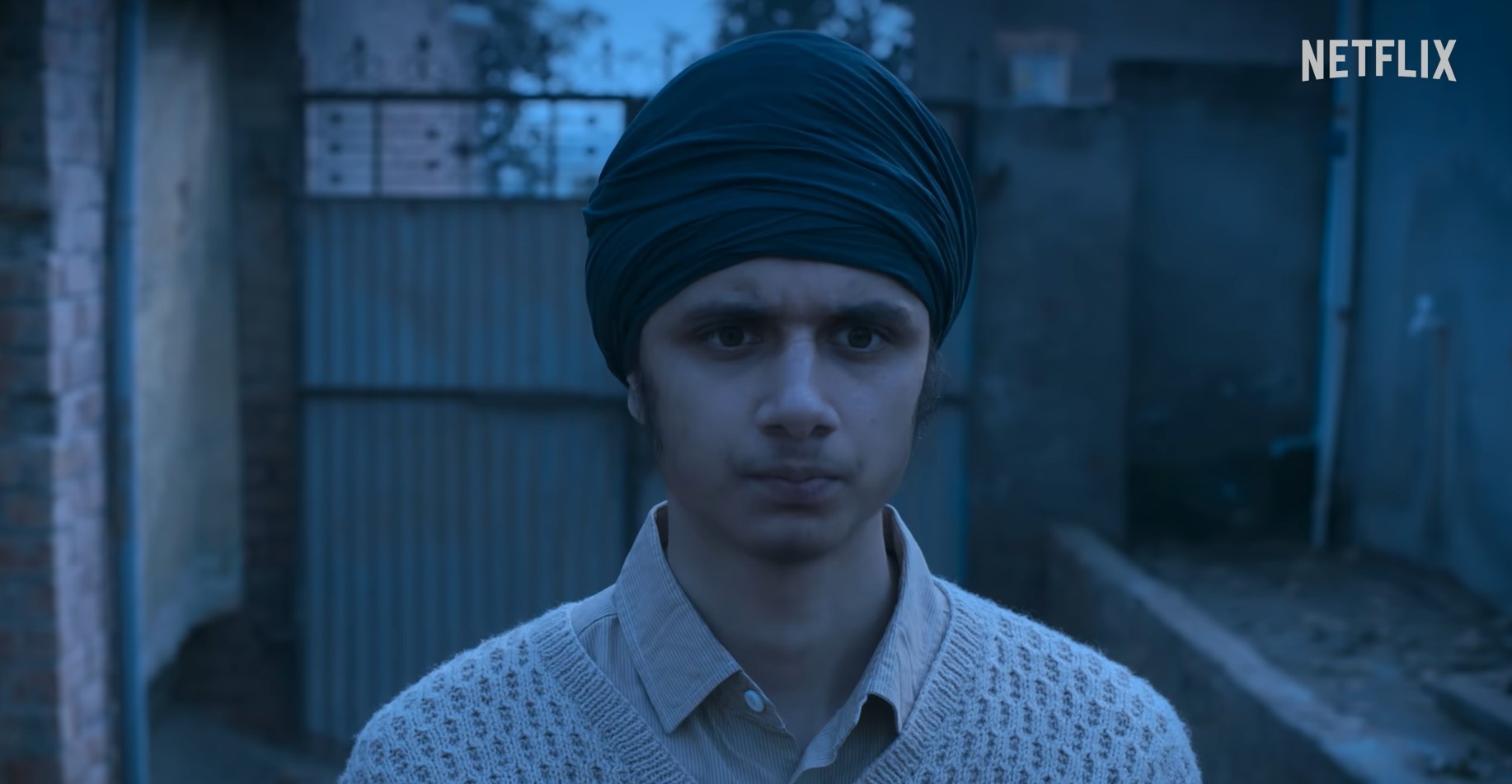 The situation in present-day Punjab is no different. Instead of the separatist movement, there are two opposing political powers at play. Madam Aulakh has been in power for a long time and runs an illegal drug ring. On the other hand, Jaggi Pradhan is a newcomer with lots of enthusiasm and ideas for change. The two candidates are fighting for a seat in the legislative assembly. Punjab Police functions under the orders of Madam Aulakh.

Gurnam’s younger brother Sunny gets embroiled in selling drugs with his girlfriend, Sehar. To get him out of jail, Gurnam asks for Sehtab Singh’s help. He is the police officer who helped Gurnam get out of militant activity in his youth and made him a police informant. Sehtab enlists Gurnam’s help after releasing Sunny. With the help of fellow police officers Babita and Chandan, Sehtab plans to take down Madam Aulakh and curb the spread of drugs in the state.

Gurnam pretends to be a friend and infiltrates the ranks of Madam’s team. He pushes her right and left-hand men, Shamsher and Laadi, out of the way to remain the only one standing beside her. After befriending Laadi, he brings his downfall through drugs and emotional entangling. However, when Laadi gets to know Gurnam’s reality, the latter has no choice but to kill Laadi. Sehtab and Chandan help Gurnam cover up the murder and report it as an accident.

Gurnam creates a rift between Shamsher and his son, Monty. Their family drama and Monty’s ill intentions toward Madam Aulakh’s daughter prove disastrous for Shamsher and his relationship with Madam Aulakh. With this, they rid themselves of the last person who is closest to the corrupt and drug-selling politician.

Furthermore, Madam Aulakh also begins to trust him with her life and reveals her past to him. The mission begins to fail when some goons in Madam Aulakh’s team start to question Gurnam’s motives. One of them clicks his pictures with Babita and shows them to Madam Aulakh. The climax reveals the untangling of all loose threads in the plot of the series.

CAT Ending: Who Killed Gurnam’s Parents? Who is The Mastermind?

Gurnam’s journey is riddled with revenge, anger, compromise, and violence. On the night of his parent’s death, he sees Baljit Singh Rajpuria, a contract killer, and his uncle, Mastaan, escape the place. He believes they both killed his parents to keep all money and inheritance for themselves. Furthermore, Gurnam has kept his own life on hold to focus on his siblings’ upbringing. He works day and night to earn money so that he can provide for them. It shows how sacrificing and caring he is as an elder brother. He flawlessly takes over the responsibilities of being a parent.

In a fit of rage, Gurnam murders his uncle in the field. Various separatists are caught in a covert operation. Rajpuria is found to be one of them. When Gurnam sees Bill, a person Madam calls from Canada, he instantly recognizes him as his father’s murderer, Rajpuria. While chasing him, Rajpuria reveals that Sehtab let him escape.

All this time, Sehtab Singh lets Gurnam believe that the police have captured and killed Rajpuria. In reality, Sehtab accepts a bribe from Rajpuria and lets him escape to Canada. In the whole story, Sehatab uses Gurnam as a pawn in his game of profit and loss. He makes all his decisions as business deals and always chooses the most beneficial way out. Sehtab turns out to be the mastermind behind the plot.

Moreover, the last episode reveals the truth about Gurnam’s parents’ death. Mastaan and Rajpuria are going to the other side of the Indo-Pak border to smuggle weapons and earn money. When Gurnam’s father witnesses their crime, he takes Sehtab to them. Rather than arresting the criminals, Sehtab shoots Gurnam’s father in the face and takes all the money for himself. Rajpuria and Mastaan only take care of the dead body. However, when Gurnam’s mother comes looking for his father, they shoot her to cover their tracks. The twist in the story brings everything into perspective.

Sehtab plans every move thoroughly with a scapegoat in place. For every shady deal he pulls, he ensures that it does not link back to him. Furthermore, Sehtab instigates the police officers against Madam Aulakh and uses Gurnam’s intel to line his own pockets. He pretends to be Gurnam’s friend as a charade to get his work done. Sehtab lies to him throughout the series and lets him believe his revenge is complete.

Very cleverly, Sehtab does not let anyone ruin his path to being wealthy. He conveniently kills anyone who questions his mission. Sehtab arms himself plenty of times throughout the story, but Gurnam’s father’s murder remains to be the most brutal one. Additionally, he stands testament to the eminent corruption amidst the ranks of police officers. Sehtab Singh divides and conquers for his profit while being one of the most corrupt officers in Punjab.

Is Gurnam Alive? How Does He Escape?

In the end, Sehtab orders Babita and Chandan to kill Gurnam. However, loyal and honest Babita points a gun at Chandan and asks him to let Gurnam go. Evidently, earning more money seems more convincing to Chandan than the fear of instant death. Gurnam bribes Chandan with Madam Aulakh’s hidden money from her old village house.

Chandan and Babita fake Gurnam’s death as a car accident. They even relay the news to Sehtab, who is at the airport to go to Canada with Rajpuria. Happy to hear about his foe’s demise, Sehtab and Rajpuria head to their flight to Canada. Little does he know, Gurnam is as relentless in his pursuit of revenge as he is in work. He changes his look by shaving his beard and cutting his hair.

As shown in the previous episodes, Gurnam crosses over to Pakistan in search of a way to get to Canada. The last scene of the series uncovers Gurnam’s quest for revenge. Furthermore, he resolves to find the men responsible for taking his parents away from him and bring them to justice. Gurnam is alive and well, with only one aim in mind – to kill Sehtab and Rajpuria.

Consequently, Gurnam will work towards ensuring justice for all the people Sehtab has deceived. The mastermind would have duped people of their money and dignity just to get what he wants. Furthermore, Gurnam is seen heading to Canada, where he can stay close to his siblings and protect them from the shadow of Sehtab’s wrongdoings.

Read More: Is Netflix’s CAT Based on a True Story?