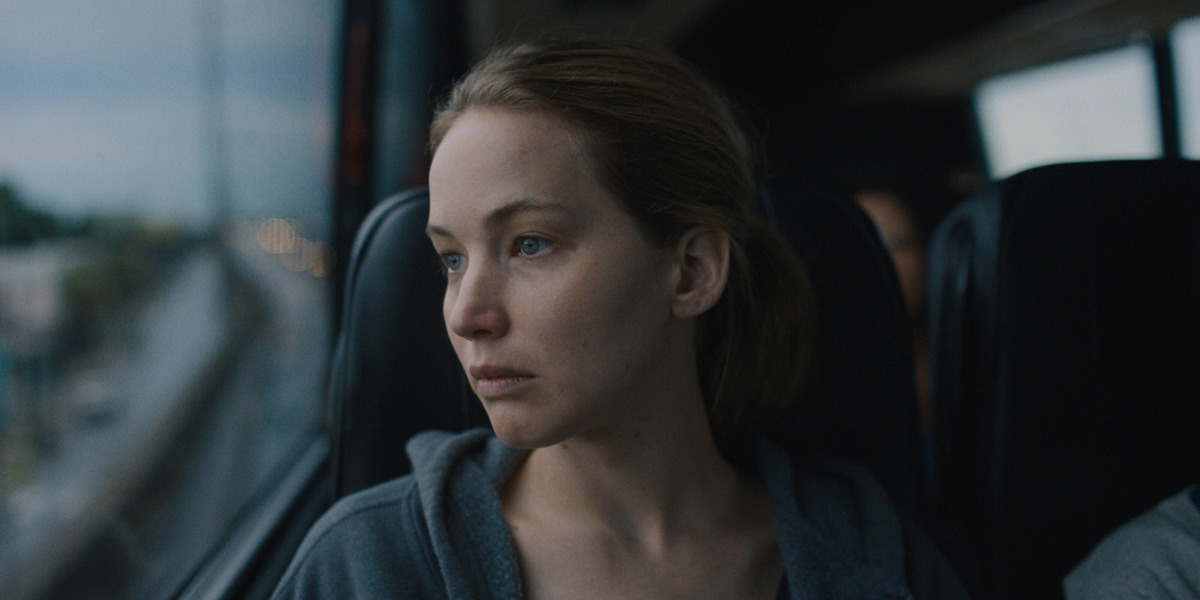 The Apple TV+ psychological drama film ‘Causeway’ marks the debut of director Lila Neugebauer and stars Jennifer Lawerence in the lead role. The movie follows Lynsey, a soldier who is injured during deployment in Afghanistan and must return home to recover. In the process, she meets and befriends James, a man with his own struggles and traumas from the past.

As Lynsey recovers from her brain injuries, she is forced to confront the harsh reality of reintegrating into civilian life and must deeply introspect on her future. The hard-boiled drama is an intimate character study with a calm but unsettling approach to exploring trauma. Therefore, viewers must wonder how Lynsey and James’s arcs conclude. In that case, here is everything you need to know about the ending of ‘Causeway.’ SPOILERS AHEAD!

‘Causeway’ opens with Lynsey (Jennifer Lawerence), a soldier serving in Afghanistan returning to the USA. After spending some time at a rehabilitation facility, Lynsey returns home and lives with her mother in New Orleans. Lynsey visits a doctor who asks about the injury that led to her release from the army. Lynsey explains that she was working on building a dam in Afghanistan when the convoy she was traveling with exploded due to IMDs. The explosion caused a brain injury resulting in Lynsey getting discharged from the line of duty. She intends to recover and return to the army. However, the doctor reminds Lynsey that she has a long road to recovery before she can clear her for redeployment. 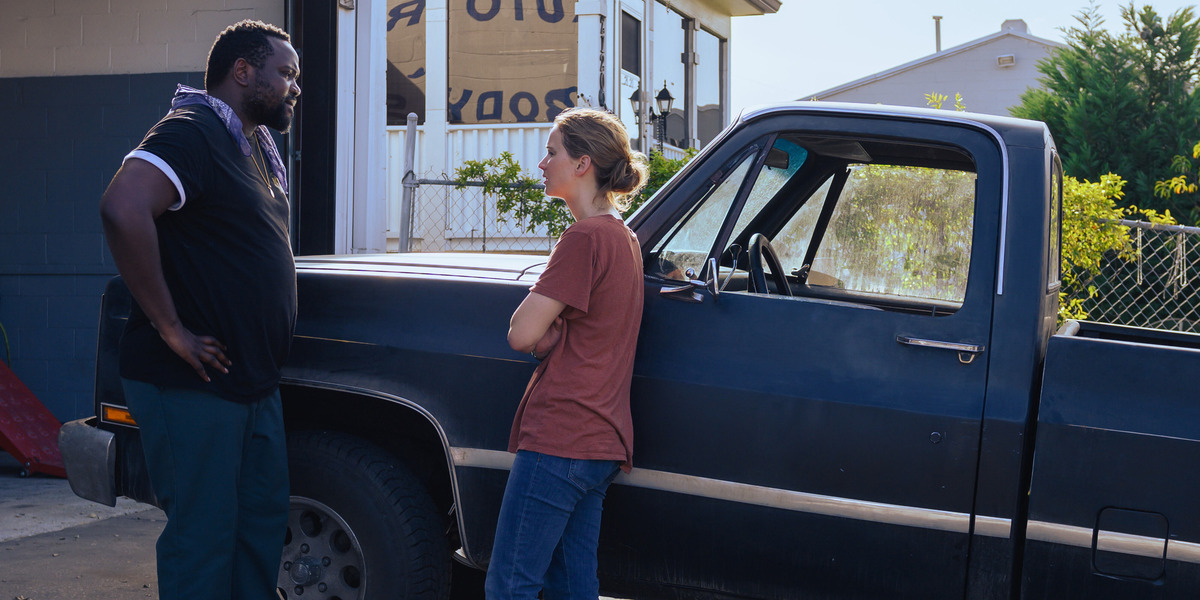 Soon, Lynsey gets a job as a pool cleaner and tries to reconnect with her mother. Meanwhile, she meets James (Brian Tyree Henry of ‘Atlanta‘) while getting her pickup truck fixed. Lynsey is charmed by James’ empathy and kindness. As a result, she starts hanging out with James, and the two become friends. Lynsey tells James about her time in the army and how her difficult childhood forced her to move away in the first place. As a result, Lynsey has a difficult time reintegrating into civilian life and feels suffocated in her hometown. On the other hand, James reveals that he was involved in a car accident that damaged his leg and took the life of his nephew, Antoine. Since then, James has been living alone as his sister, Jess, has moved away.

Lynsey spends most of her time working and getting high with James. She quickly recovers, and her progress hints that she might become eligible for redeployment. One day, James and Lynsey swim in the pool belonging to one of Lynsey’s clients. Over the night, James laments his irresponsible behavior that led to Antoine’s death. Lynsey kisses James to comfort him, but the incident causes a fight between them. The argument escalates, and Lynsey is forced to confront her true feelings about her hometown and introspects whether she really wants to return to the army.

Causeway Ending: Does Lynsey Recover From Her Injury? Is She Eligible to Get Redeployed?

After her explosive argument with James, Lynsey returns home and contemplates her future. She visits her doctor in hopes that she will be cleared to return to active duty. As the narrative progresses, viewers see that Lysney struggles with her self-image and suffers severe trauma. She faced a near-death experience, and the explosion in Afgahnstitan caused a brain injury that affected her ability to work as a soldier. However, Lynsey hopes she can recover fully and return to the front lines. The reason for Lynsey’s desire to go back is fueled by her suffocation in her hometown. 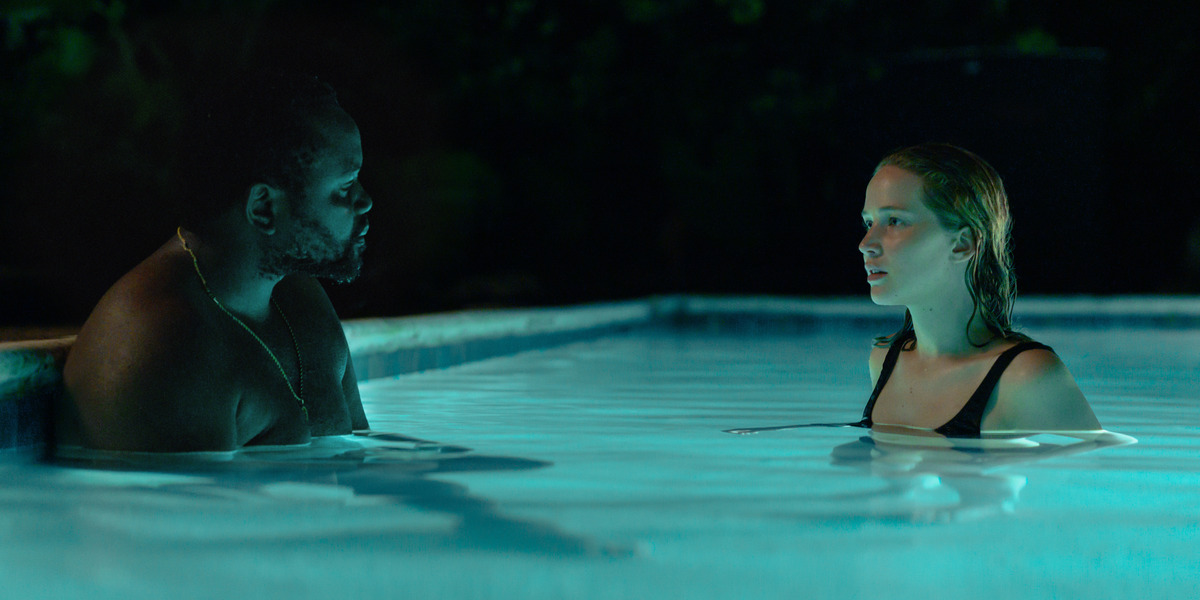 During her checkup, the doctor reveals that Lynsey has almost recovered from her brain injury. However, he refuses to clear her for redeployment. The doctor insists that another similar incident could lead to Lynsey’s death. Lynsey reveals that she has been dealing with trauma since her childhood. While the film does not delve into Lynsey’s childhood trauma, it is implied that it has resulted in a constant search for respect. Her interactions with her mother, her draw to the army, and her argument with James also suggest that Lysney was mistreated during her childhood. As a result, Lynsey convinces the doctor to sign the waiver, making her eligible for redeployed.

After being cleared to rejoin the army, Lynsey visits her brother, Justin. He was a drug dealer and was sentenced to prison after getting caught. Lynsey and Justin have a heartfelt conversation with each other using sign language. The tender scene reminds Lynsey that she has an opportunity to move forward in life. Returning to the army, she will continue to hold on to her traumas and could further damage herself. Lynsey has never confronted her psychological issues, and her conversation with Justin is a stark reminder of the same. Therefore, she decides against rejoining the army and contemplates an alternate plan.

Do Lynsey and James Remain Friends? Does Lynsey Move In?

Later, Lynsey picks up her truck from James garage and learns that he made the repairs for free. The small gesture implies that James has a deep respect for Lynsey and was rightfully hurt when she kissed him out of sympathy. Lynsey concludes that she cannot use her trauma to mistreat those around her. Therefore, Lynsey decides to make amends and visits James at his home. She offers James beer and asks whether his offer to move in with him still stands. 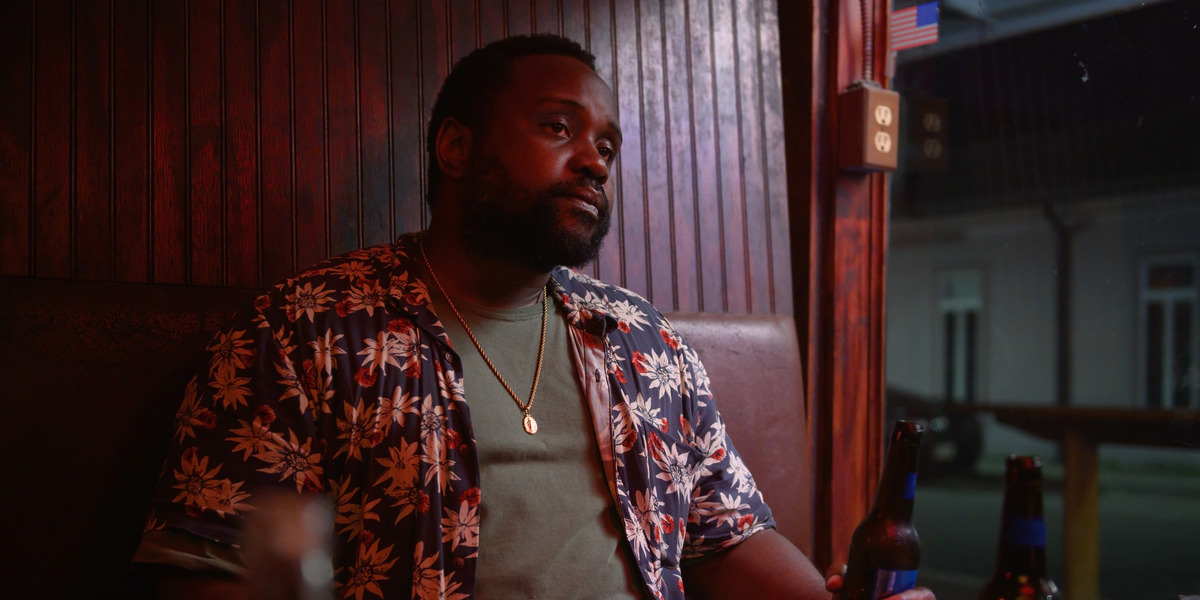 Earlier in the movie, we learn that James lives in the same house he shared with his sister and nephew. Thus, it is implied that, like Lynsey, he is unable to move on from his past. After he learns that Lynsey feels suffocated in her childhood home, he offers her the chance to move in with him. The two discuss spending time and keeping each other company while navigating a difficult period in their lives. In the film’s final moments, Lynsey reinstates the offer, but the scene cuts to the credits before we can see James’ response.

As the narrative progresses, we realize that the bond between Lynsey and James is built on mutual respect. However, their friendship is at risk after their argument due to Lynsey’s mistake. However, once she rectifies her mistake, the door is open for James and Lynsey to continue their progress. Both are defined by their traumas but struggle to move on in life. Her time with James gives Lynsey a sense of progression in life, and she finally decides to explore the possibility of shedding her trauma. Given James’ contribution to her life, it is likely that Lynsey wants James to move on as well.

Ultimately, Lynsey and James should continue supporting each other as they overcome their psychological battles. Therefore, we imagine James accepting the offer and Lynsey moving in with him. Thus, the film ends with the duo taking the first step toward a better future. We can only hope that with each other’s help, Lynsey and James will end their internal battles and truly explore the possibility of a life without their past haunting them.