Choose or Die Ending, Explained: What is the Final Prize of CURS>R? 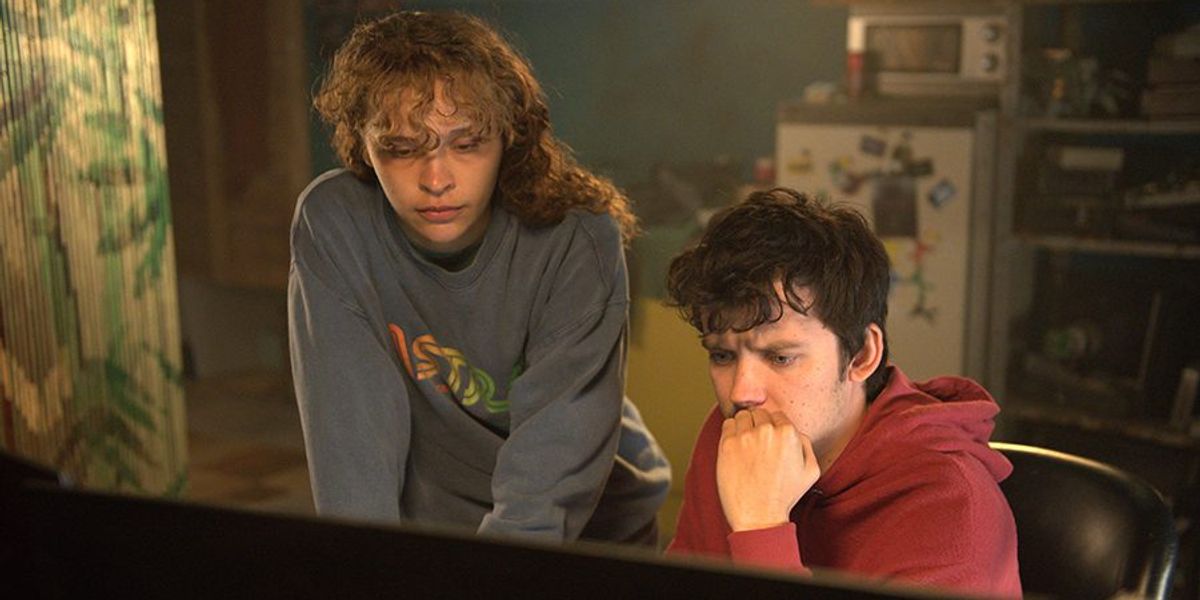 ‘Choose or Die’ is a horror film directed by Toby Meakins that revolves around Kayla, a college dropout who discovers a seemingly harmless retro video game known as ‘CURS>R.’ Enticed by the lucrative prize money on offer for completing the game, Kayla decides to give it a shot. However, as Kayla starts playing the game, she is drawn into a series of terrifying situations.

Soon, Kayla finds herself fighting for her life as she tries to save herself from the twisted scheme of the game’s creator. Naturally, viewers must be eager to learn more about Kayla’s fate and the truth behind the disturbing game and its prize. For those curious viewers, here are all the answers about the ending of ‘Choose or Die.’ SPOILERS AHEAD!

‘Choose or Die’ opens with an abusive man playing a mysterious video game known as ‘CURS>R.’ However, his family begins to suffer as he continues playing the game. Years later, Kayla, a young girl, is working as a window cleaner at Kismet, a company without any actual functioning or employees. She is struggling with finances as her mother falls sick after the accidental death of her younger brother, Ricky. 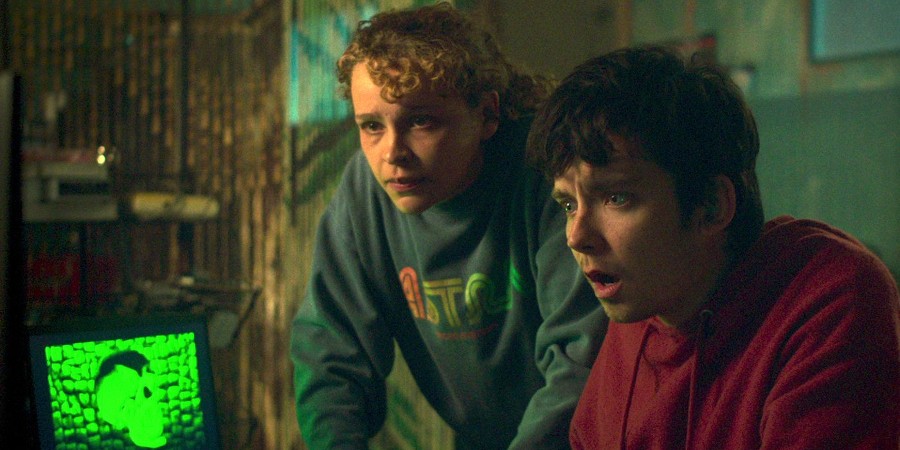 Kayla is a talented computer engineer and programmer. She spends her free time hanging out with Isaac, a young programmer developing his own video game. At Isaac’s house, Kayla discovers a copy of ‘CURS>R’ and notices the $125,000 grand prize for completing the game. In need of money to move her mother into a better place and care for her, Kayla decides to give the game a shot. She begins playing it at a cafe but is terrified when the game starts to control her surroundings. She is forced to pick between two options, and her choices lead to the waitress’ death.

Kayla tries to share the truth about the game with Isaac, but he is skeptical of her claims. Later at night, while Kayla is working, the game begins level 2 and endangers Kayla’s mother. Kayla manages to save her mother, but only barely as she is gravely injured and ends up in a hospital. After some research, Isaac believes Kayla and the two discuss the game. They play the third level together, and Kayla is forced to confront her brother’s death while trying to save Isaac. After experiencing the game’s horrors firsthand, Isaac decides to help Kayla escape the game. The duo decides to find a way to terminate the game and whether they succeed in their quest forms the rest of the plot.

Choose or Die Ending: Does Kayla Win? What Is the Final Prize?

After finishing the third level, Isaac and Kayla head to a remote warehouse, where they hope to find a way to terminate the game. At the warehouse, the duo learns about the game’s creator, Beck, and how he used the cursed symbols to create the game. As Isaac tries to search for the command prompt to end the game, he is essentially trying to “cheat” the game and becomes cursed. The game activates the fourth level, and Isaac begins to vomit videotape and is trapped. Kayla is forced to choose between rewind and fast-forward to save Isaac. She chooses the latter, leading to Isaac’s death. Ṭhe game then leads Kayla to a remote house for the fifth and final level.

At the house, Kayla meets Hal, the man who made copies of ‘CURS>R’ to protect his family. Hal is the game’s final boss, and Kayla faces off against him in the last level. The two quickly realize that they are each other’s cursers. Therefore, they can only damage the other by hurting themselves. In the end, Kayla drowns herself, leading to Hal’s death. Thus, Kayla conquers the game and emerges victorious. Ultimately, Kayla completes the game, but her prize is something far greater than money. She receives access to the game’s code and, in turn, the cursed symbols. She then uses the game’s code to kill Lance, the man harassing her mother. In the end, Kayla receives a call from the game’s developer, Beck, who proposes they should work together.

The film concludes with Kayla completing the game and uncovering the power of the cursed symbols. The symbols are embedded in the game’s code, and Kayla now has access to it. Therefore, despite all her struggles to escape the game, in the end, Kayla becomes an indispensable part of ‘CURS>R.’ However, this time around, Kayla will benefit from the sufferings of others. Thus, she uses the game to inflict harm on only those who deserve it. The ending also implies that Beck was looking for a capable partner to aid him in his mysterious quest. By conquering the game and uncovering the truth about the cursed symbols, Kayla proves her worth, and Beck offers her a chance to work together.

Who Is Controlling the Game?

In the movie’s final act, viewers learn the truth behind ‘CURS>R.’ When Isaac and Kayla arrive at the warehouse, they find an old videotape that sheds light on the game’s creation. Viewers see Beck, the game’s developer, experimenting on an unnamed subject in the tape. Beck explains that he discovered the meaning behind the cursed symbols and converted them into an 8-bit program, allowing him to control people and their surroundings through the game. 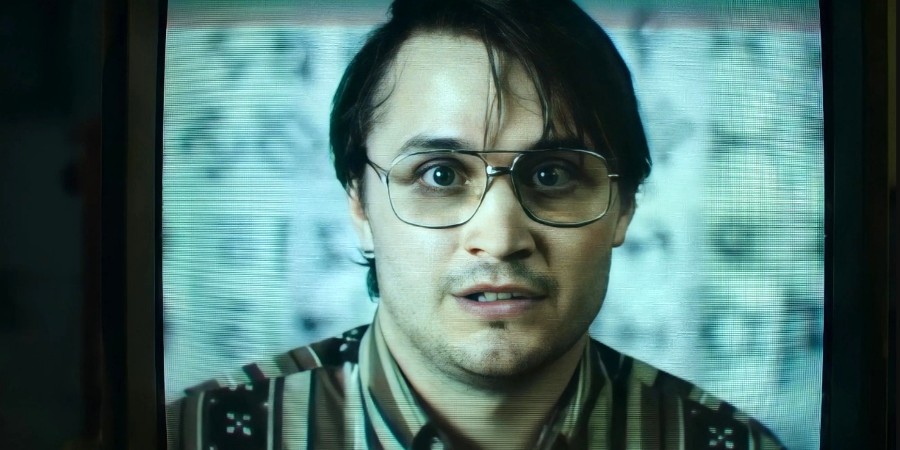 The people playing the game are known as the “cursed” ones, and Beck benefits from the damage inflicted on them. Thus, it is evident that Beck had been pulling the strings all along. Moreover, in the final scenes, viewers learn that Beck is behind the shady corporation known as Kismet, which employed Kayla. Therefore, it is implied that Beck had been scouting Kayla for a while. In the end, Beck’s manipulation leads to Kayla entering the game and suggests that he went to great lengths to discover someone worthy of controlling the cursed symbols. His final conversation with Kayla confirms that the two will be controlling ‘CURS>R’ together in the future.

Read More: Who Are the Narrator and Voice Over in CURS>R?