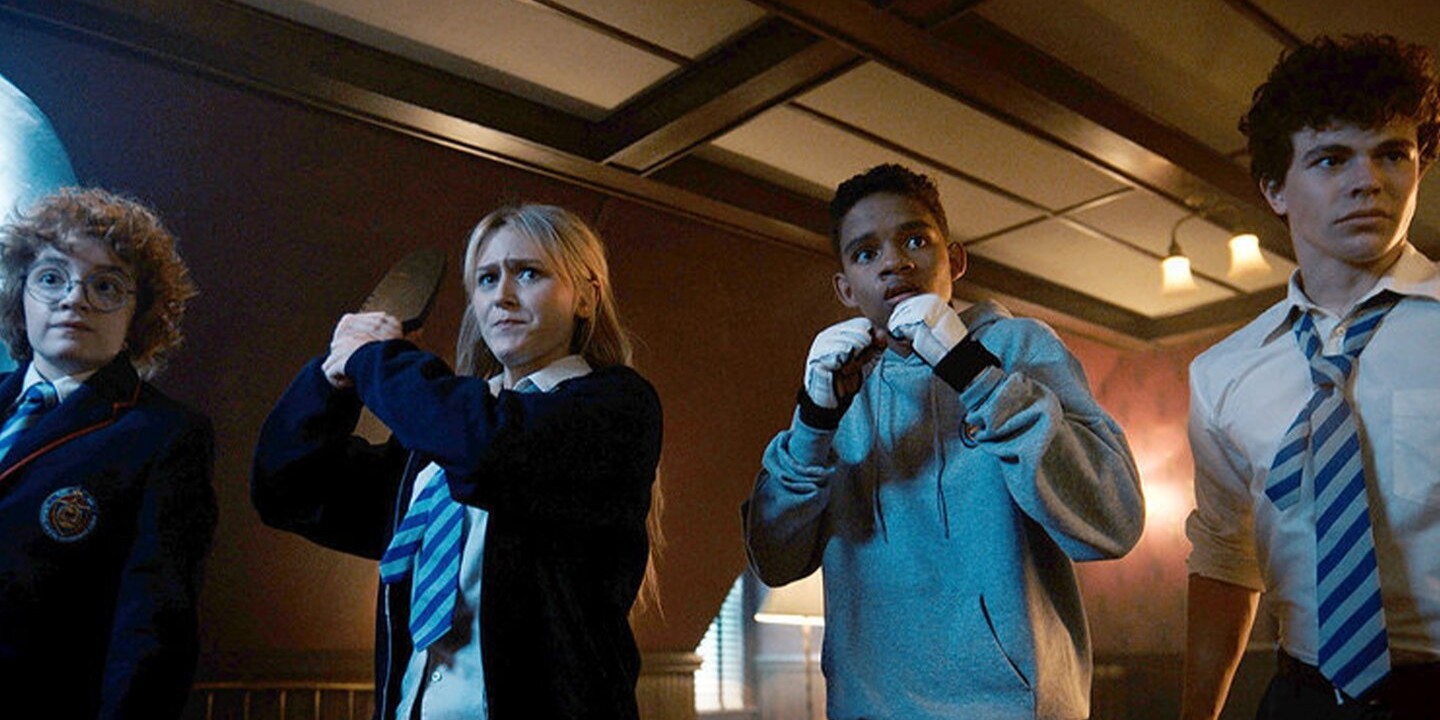 The second season of ‘Chucky‘ sets up the Incarnate Lord School as the nexus of the titular serial killer doll’s devious activities. In the sixth episode, titled ‘He Is Risen Indeed,’ Chucky brings the fight to the school’s doorsteps forcing our heroes to band together on short notice. The episode reveals the truth about Andy’s survival and subsequent grim fate. However, the episode is bookmarked by a shocking death that reminds viewers of how wicked Chucky can be. Moreover, Chucky’s master plan also starts taking shape, foreshadowing more terror for Jake, Lexy, and Devon. If you wish to catch up on the episode’s blood-stained events, here is everything you need to know about the ending of ‘Chucky’ season 2 episode 6! SPOILERS AHEAD!

Episode 6, titled ‘He Is Risen Indeed,’ opens with a flashback to Andy Barclay’s attempt to kill all the Good Guy dolls in one sweep. He drives off the cliff with the van containing the dolls. However, his plan fails as the dolls survive the fall, and Andy is also alive. Colonel Chucky captures Andy and tortures him for an entire year before Lexy and Devon find him in the cabin in the woods. In the present day, The Colonel chips flesh from Andy’s feet and eat it, showing his truly demented form. Meanwhile, Dr. Mixter is revealed as Charles Lee Ray’s childhood therapist. 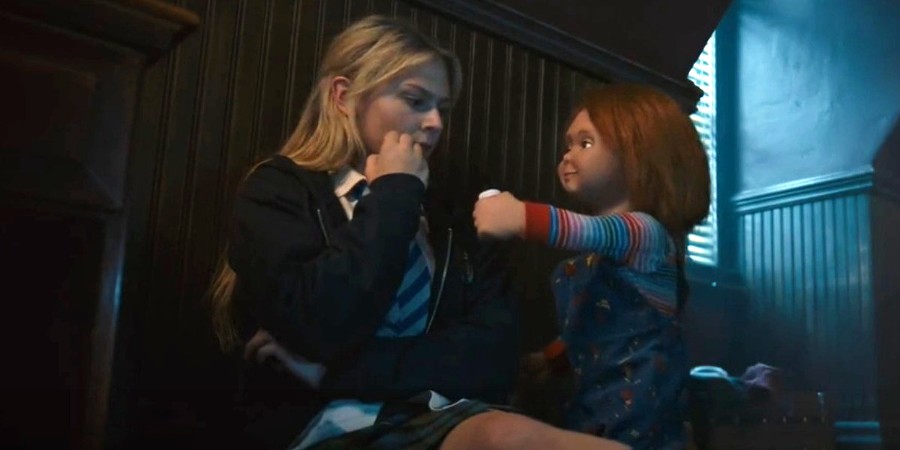 Dr. Mixter updates The Colonel about Nica’s escape from Tiffany’s house. She refers to the shard of Chucky’s soul inside Nica as Chucky Prime. Mixter Warns Chucky that as more and more Good Guy dolls die, he is coming closer to death. The Colonel prepares to visit the Incarnate Lord School for the next phase of his plan and leaves with Mixter. As a result, Lexy and Devon find an opening to free Andy. They bring Andy back to school and leave him in the care of Sister Catherine.

In and around Beverly Hills, the police search for Glen, Glenda, Tiffany, and Nica, who are all wanted for questioning regarding the fire at Jennifer Tilly’s house. Kyle tries to coax Chucky Prime into revealing Andy’s whereabouts. However, Chucky insists Andy is died and tries to have Kyle killed with Glenda’s help. However, Glenda refuses, and Nica regains control of her body. Nonetheless, Chucky Prime reveals his plan to reenter a Good Guy doll and abandon Nica as a host. In the end, The Colonel arrives at the Incarnate Lord School and poisons Swole Chucky. As The Colonel’s carnage starts, Lexy and Devon reunite with Jake and Nadine in preparation for their fight with the evil doll.

After killing Swole Chucky, The Colonel manages to hook Lexy on drugs, and his rampage proves to Father Bryce that evil living dolls exist. However, before he and Sister Catherine can take any action, Mixter shows up and shoots the latter. As a result, Lexy, Jake, Devon, and Nadine are the only ones capable of fighting back against The Colonel and his brute force. Therefore, they decide it is best if they team up and allow the evil doll to come to them. 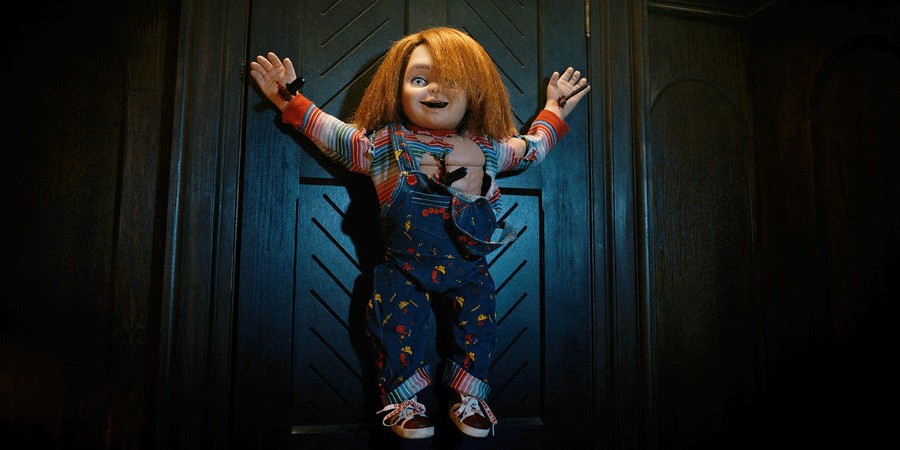 The group prepares for a climactic battle with The Colonel. However, the fight ends before it starts. As The Colonel makes his way to the room where the group is waiting, he is severely wounded with a pair of scissors. Shortly, Andy arrives on the scene and reveals he has stabbed the doll. Ultimately, The Colonel succumbs to his wounds, and Andy becomes the Deus ex machina-type savior again. One has to wonder how far the show can survive on the back of Andy’s frequent last-moment interventions. Nonetheless, the Colonel is dead, and the night of terror comes to an end, or so we think.

What Happens to Good Chucky? Is Nadine Dead?

In the episode, a subplot focuses on the Good Chucky. Earlier in the season, the group uses psychotherapy and brainwashes the doll into forgetting its murderous ways. As a result, Chucky turns good and even becomes nauseous at witnessing violence or death. However, as the episodes progress, viewers get a hint that this change is temporary. The episode confirms the same as Good Chucky’s brainwashing starts wearing off. In one scene, he kills a fly without vomiting, proving that the doll’s original murderous personality resurfaces. However, the sequence of events is complicated by Good Chucky’s frequent and deliberate attempts to refrain from violence and bloodshed. 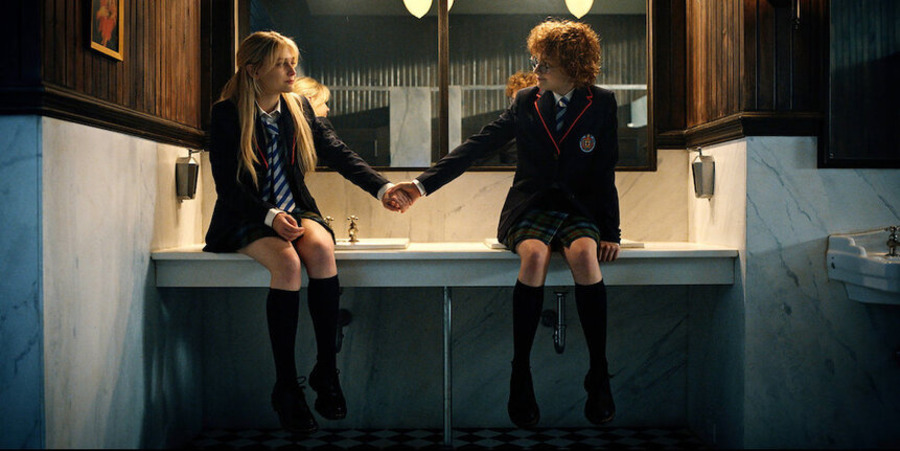 In the episode, Good Chucky believes that he is a murderer and does not deserve kindness. Therefore, the doll rushes to the roof and prepares to jump from the ledge to end his life. Nadine arrives on the roof just in time to stop Good Chucky from suicide. Nadine is Good Chucky’s Godmother and the only person who can stop him from suicide. Therefore, Nadine rushes in to hug Good Chuky, only for him to push her off the ledge. Nadine plummets to her death, and Chucky looks on in horror. The doll is definitely a lost cause, and killing Nadine proves that Chucky’s serial killer persona has finally taken over. The episode uses The Colonel as a fakeout as the real horror and evil lie within the actions of the supposedly “Good” Chucky. With that, it is time to bid farewell to Nadine, who becomes one of Chucky’s victims this season.